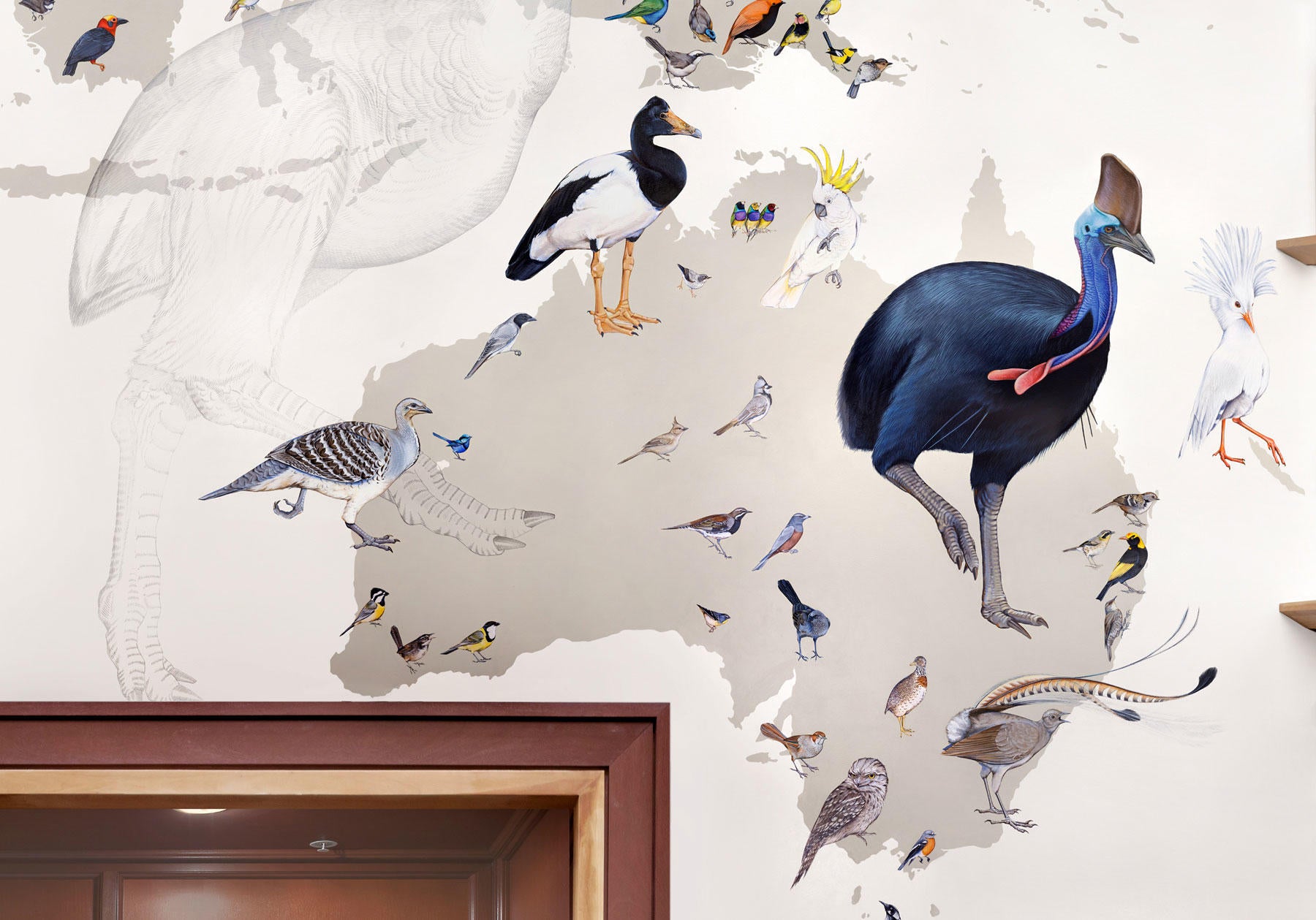 A portion of the Australasian section of the mural, which represents 49 of the 270 total species. Image: Jane Kim

A New Book Illustrates the Story of Birds on Every Continent

Jane Kim's mural documents the rise of Aves across the world, while staying true to the artist’s aesthetic.

By Shweta Karikehalli and Lexi Krupp

By Shweta Karikehalli and Lexi Krupp 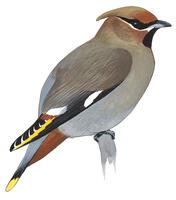 In late 2015, California-based science illustrator Jane Kim finished the final brush stroke of a mural featuring all 243 families of modern birds and their extinct predecessors—a process that took no less than two-and-a-half years. Wanting to maintain both artistry and scientific integrity, she consulted dozens of ornithologists on how to best represent each of the 270 life-size species and map them according to their respective places of origin. Every detail, from shape to color palette, was scrutinized and vetted.

Kim’s magnum opus, titled From So Simple a Beginning, lives in the Cornell Lab of Ornithology in Ithaca, New York, though you don’t have to travel all the way there to see it. The mural is now available in book form: a 224-page tour of the motley avian crew and its backstory, with essays from Kim, her Inkdwell partner Thayer Walker, and Cornell scientists. Wall of Birds invites readers to not only see the stunning paintings up close, but also to explore the evolutionary genesis of their favorite birds, continent by continent.

Home to more than 800 bird species, of which nearly half are endemic, Australia has long fascinated bird lovers who flock to see the continent’s array of avian diversity. Ancient Australia was the birthplace of songbirds, which leapfrogged their way out of the Western Pacific using newly forming nearby islands as stopover habitat around 24 million years ago. It also marks the origins of cockatoos—a family that's evolved to thrive Down Under, with 14 modern-day varieties.

Known as the cradle of humankind, Africa is also the birthplace of one of the major evolutionary avian branches: the game birds, which have since spread out across the planet. But no other species is as emblematic of the continent as the Common Ostrich. Belonging to the most primitive group of living birds, its massive presence anchors the entire mural. Still, the 9-foot-tall, 320-pound ostrich is dwarfed by its extinct relative—the Elephant Bird of Madagascar, which was estimated to be more than 10 feet tall and weigh a thousand pounds, earning it the distinction of the biggest bird in history.

The Ice Age provided prime European habitat for megafauna like the woolly rhinoceros, but it didn’t quite serve as a hotspot for evolution of Aves. As a result, Europe has no endemic bird families. Kim avoided a blank stretch on the map by picking a few larger representatives for adjacent regions, then posing them strategically around the tiny continent. The jungles of Southeast Asia presented the opposite challenge, however: Rich with avian life, they contain around one-fifth of all modern feathered species on Earth, including the vibrant, dignified Great Hornbill, which Kim considers the wall’s pièce de résistance. 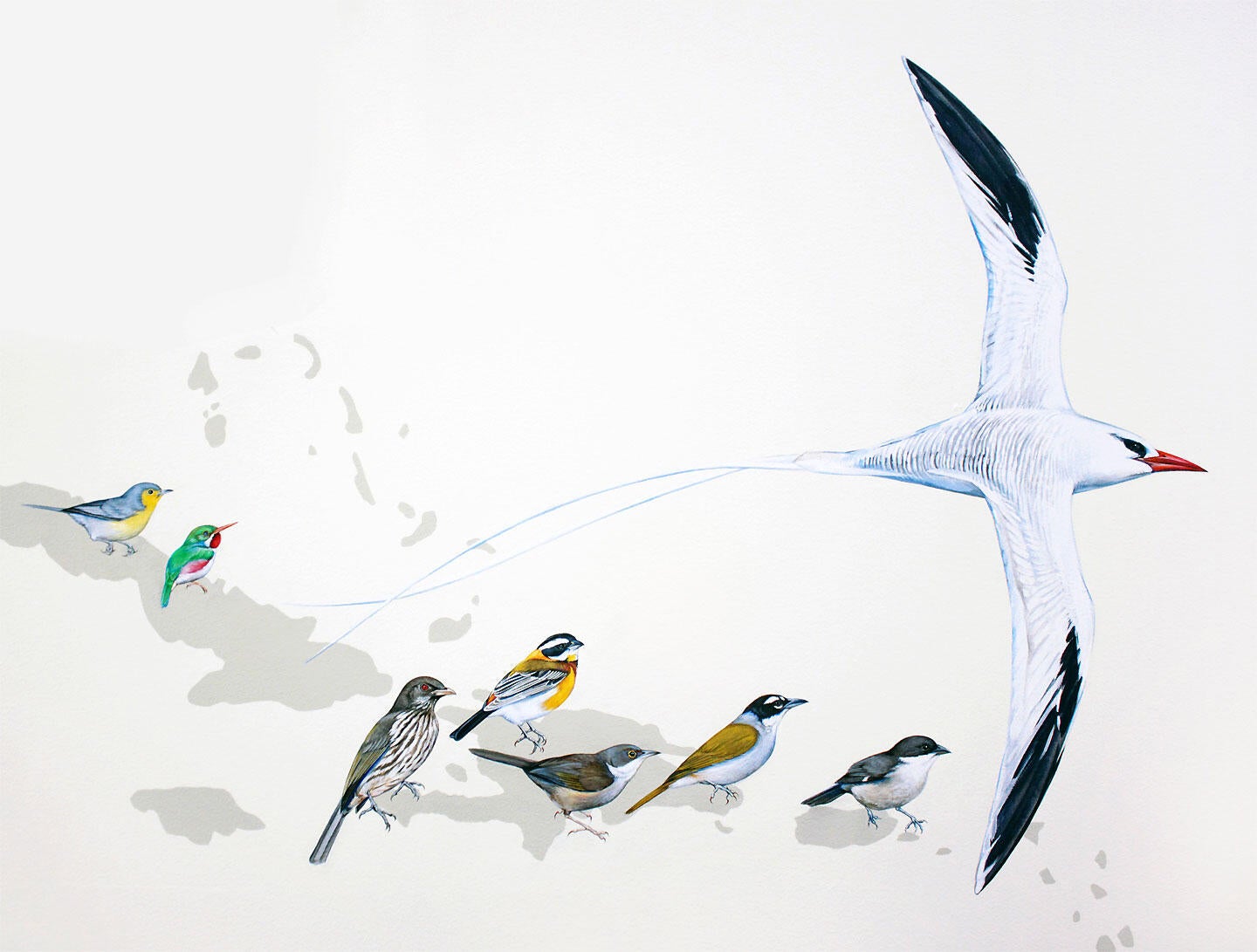 The verdant continent of South America spent much of the last 50 million years as an island, floating its way west from Africa, its former neighbor. In that period, it saw the proliferation of thousands of species of birds with the formation of the Andes and the Amazon basin. Today, South and Central America are home to more than a third of the world’s birds. Many, such as the Great Curassow and the Andean Flamingo, can only be found in certain countries and regions, making it one of the best birding destinations for endemics. 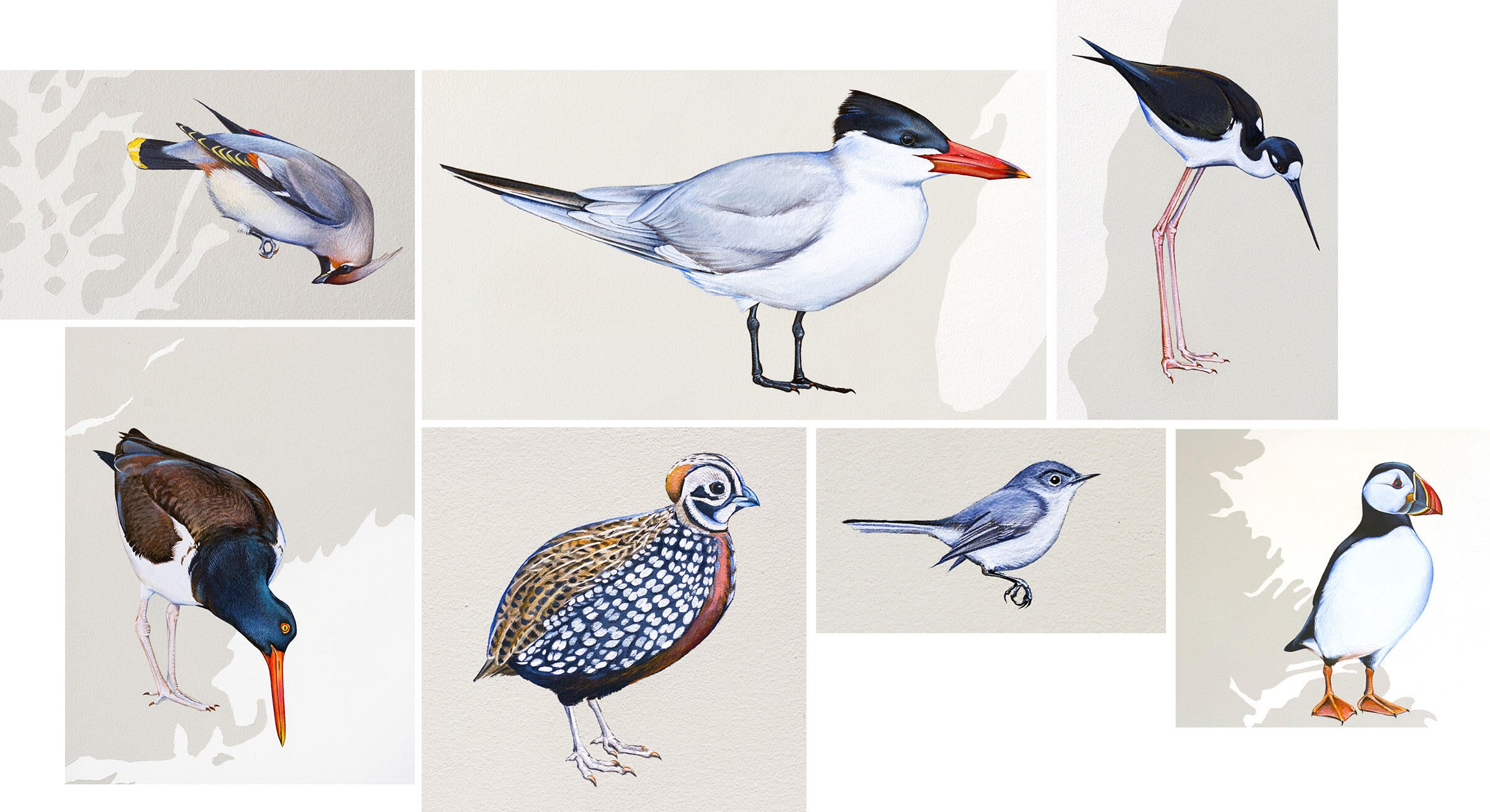 Nearly five times larger than its neighbor on the southern border, the United States hosts about as much avian diversity as Mexico. Nearly a thousand species frequent the continental United States, and though there are a few endemics (the Saltmash Sparrow, for instance), many of the birds are just passing through—making the nation a superhighway for migration. Almost half of the species that reproduce in North America shuttle between their vast breeding grounds in the Arctic and their bountiful winter hideouts in the tropics. All goes to show that, like its people, much of America’s bird population consists of a rich, far-flung collection of immigrants. 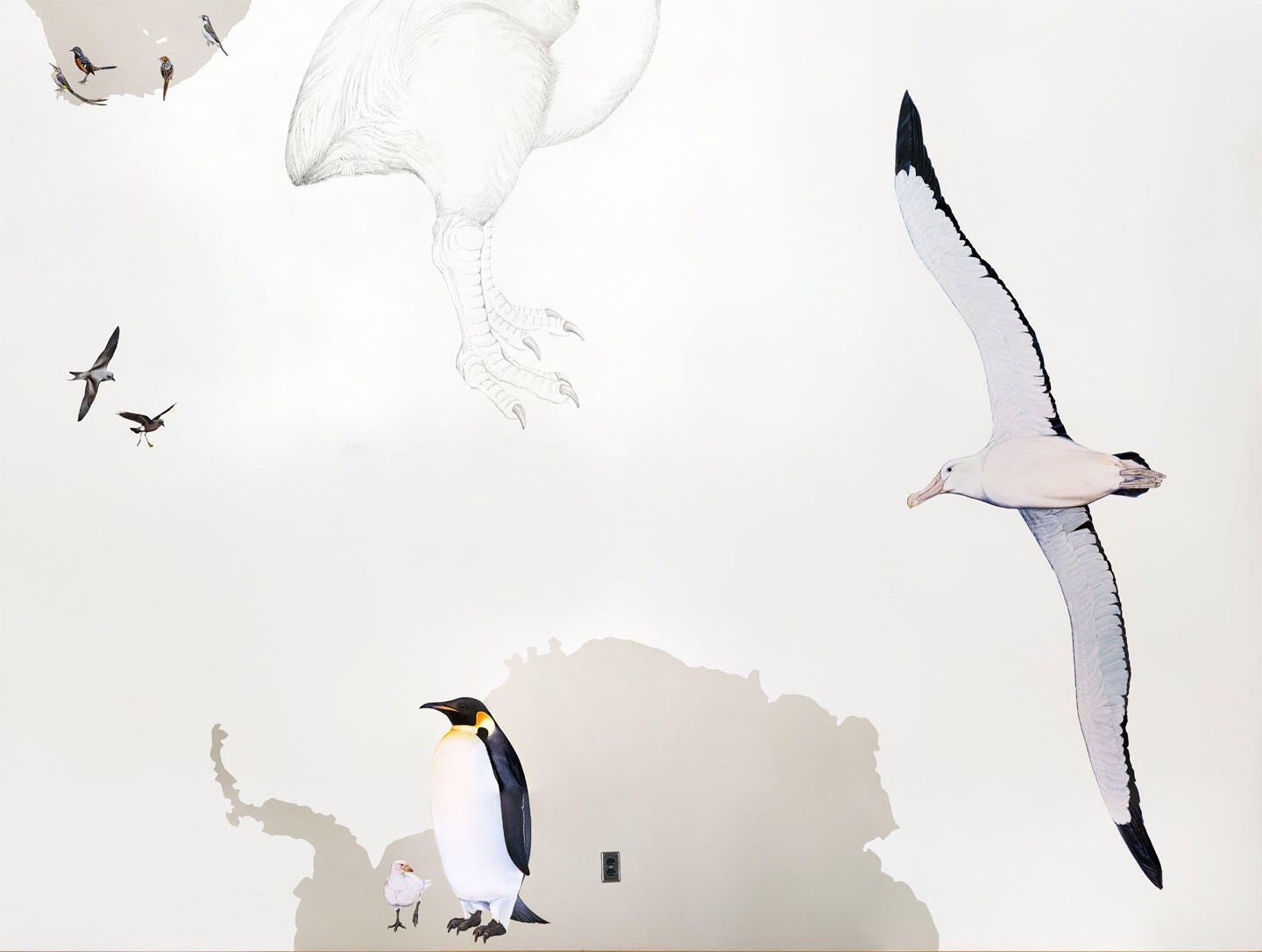 While humans only managed to reach the South Pole in 1911, birds have reigned over the foot of the planet for millions of years. To understand how, consider two species that have evolved very different strategies to survive the hostile, frozen conditions. Emperor Penguins dutifully split the energy-intensive responsibilities of parenting. The fathers give up food and shelter to guard their sole egg for nearly two months, balancing it on their feet to prevent it from freezing. Mothers, on the other hand, venture to the ocean to hunt for food. The Snowy Sheathbill, another Antarctic resident, is less disciplined in its foraging approach, however. It holds no reservations about gorging on elephant seal droppings, stealing a mother penguin’s barfed-up krill meal, or butting in on a leopard seal’s birth to snap up a juicy umbilical cord.

Muralists are taking to the streets in John James Audubon’s old neighborhood to spread the word about birds and climate change with paint. 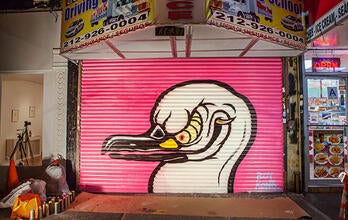