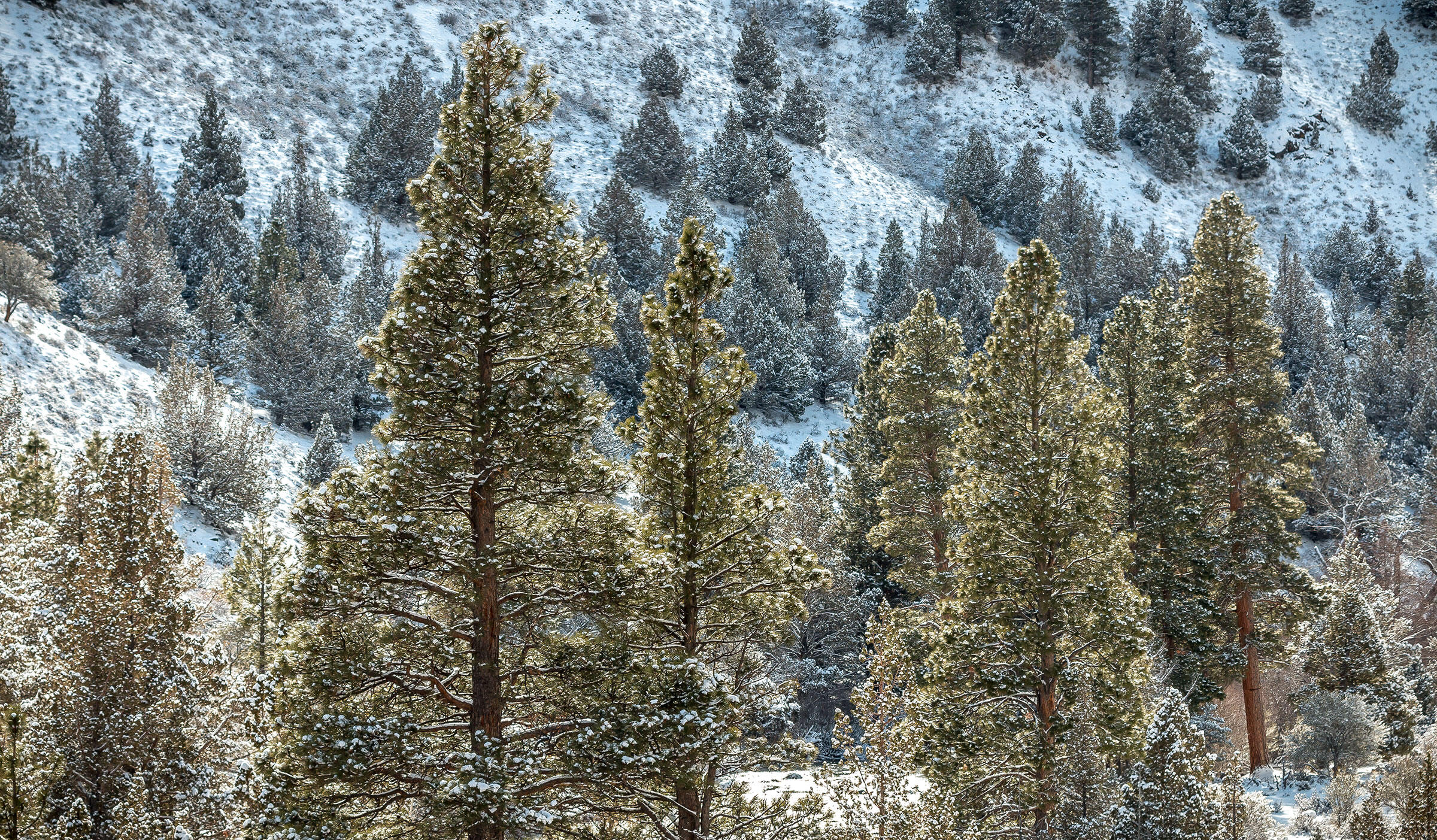 A Questionable Piece of Legislation Could Drastically Change Our National Forests

Currently sitting in the Senate: a bill to expand the Forest Service’s ability to cut down trees without going through proper environmental checks.

East of the Cascade Mountains in Washington and Oregon, lavish emerald forests stretch to the craggy ends of the Pacific Ocean. In this region, any tree that’s 21 inches across or wider is off limits to harvesting, including the 100-year-old Ponderosa Pines with pale bark and sprawling canopies, and the young Grand Firs with cone-like tops that thrive in dark, damp patches. Twenty-one isn’t just a random number, either: It’s a proxy for age, meant to keep these irreplaceable giants—and the rich habitats they foster—in the ground for centuries to come.

But now, the future of these trees, along with much of America’s timberlands, is in danger. In November, the House passed Rep. Bruce Westerman’s (AR-R) Resilient Federal Forests Act by a vote of 232 to 188. (Westerman had previously tried to push a less radical version in 2015 and 2016.) The bill, which is currently being reviewed by a Senate committee, exempts all forest managers with the U.S. government from National Environmental Policy Act (NEPA) and Endangered Species Act requirements, allowing them to radically alter any tract of federally owned land through logging.

Supporters of the legislation argue that it would reduce the likelihood of wildfires. In reality, however, the proposed changes would permit authorities to cut down the trees that are most resistant to burning, and degrade forest habitats before they can regenerate. The bill is also light on science, raising the question of whether feeding logging companies is the real motivation. (Records reveal that Westerman has received more than $200,000 in campaign contributions from the industry.) While the Senate version has already been watered down in parts, for Tracy Coppola, a lawyer focused on national forests for Earthjustice, few portions are acceptable. “It’s one of the worst bills we’ve ever seen for a forest,” she says. (The National Audubon Society opposes the Resilient Federal Forests Act.)

The Resilient Federal Forests Act grants nearly all vetting rights for logging projects on federal properties to the Forest Service and Bureau of Land Management (BLM). Under its extended powers, the two agencies can conclude if their actions will impact endangered or threatened species or the environment without consulting experts from other groups. Usually, the outcome of these reviews depends on the Forest Service’s relationship with local U.S. Fish and Wildlife officials, Mike Anderson, the senior policy analyst for the The Wilderness Society, says. But ultimately, every federal forest-management team will be able to act on its own. “I can’t think of a national forest where people wouldn’t be concerned about this,” he says. Cascade-Siskiyou National Monument is at risk, too: A short clause in the bill’s text could repeal its monument status and open up tens of thousands of acres to logging.

The proposed legislation would also let BLM and the Forest Service regulate their own behavior by exempting them from standard environmental protocols. Depending on how they label their actions, the departments wouldn’t be required to accept public comments or issue environmental impact statements—two procedures required by NEPA. The Forest Services can currently bypass review when they need to move quickly or clear up roadsides or campgrounds, but only 250 acres at a time. Not only does the Westerman bill increase the number of projects that get a free pass, it also boosts the size cap for each parcel to 10,000 acres (about two-thirds the size of Manhattan). 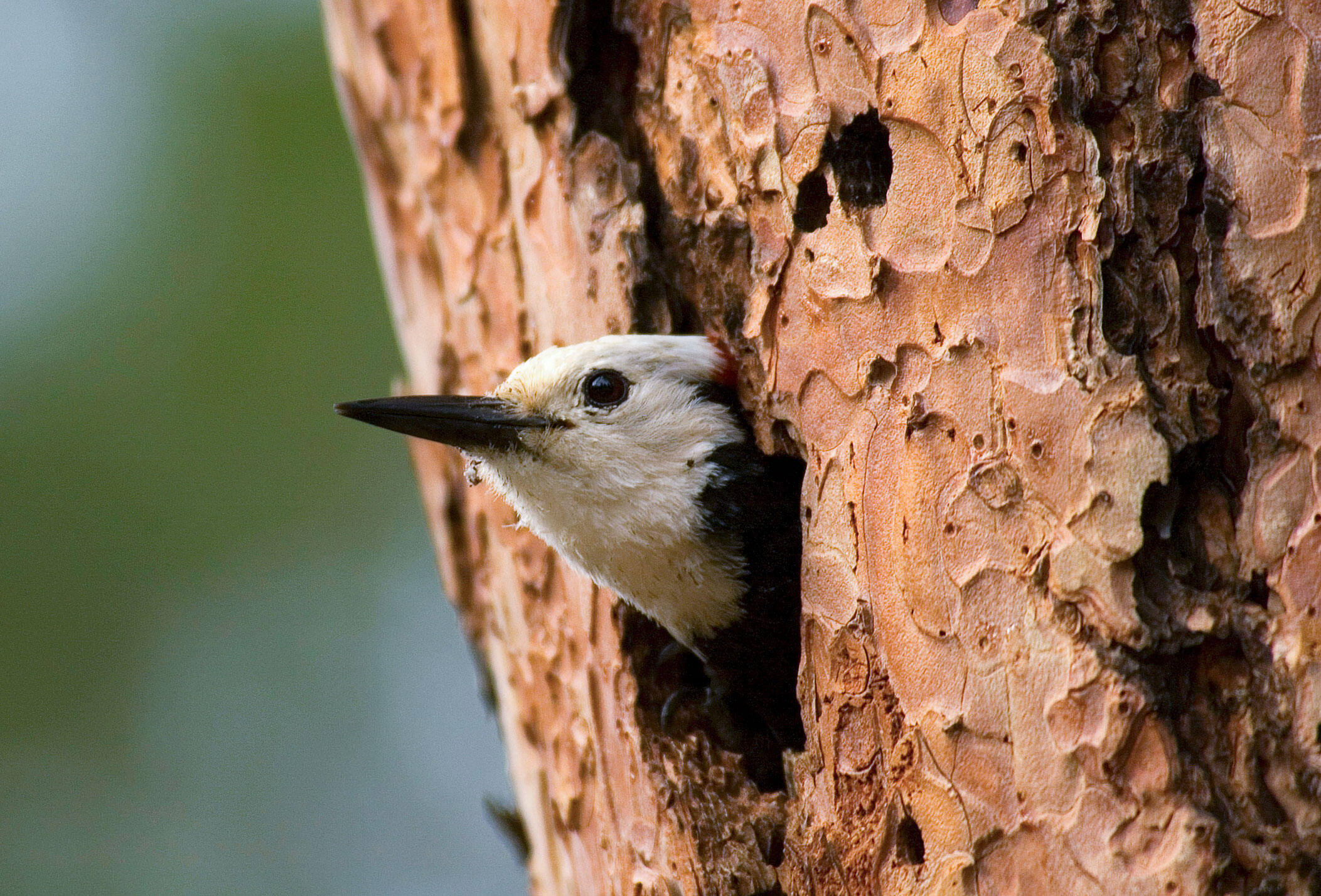 Beyond old-growth stands, the bill authorizes the two agencies to log huge tracts of land under the guise of building early successional habitat. These shrub-, grass-, and debris-heavy patches sprout up naturally after cyclical fires and provide vital shelter for woodpeckers, insects, and other creatures. When the Forest Service creates early successional forests, however, it often does so by clear-cutting, leaving little of the same woody byproducts. The results are not nearly as long-lived or nutrient-rich.

What’s more, Westerman’s proposal ignores the effective and diplomatic forestry-management practices that have emerged during the past decade. Since the early 2000s, conservation organizations have been meeting with logging and other industry representatives to air out their opposing and common views of Forest Service actions. Often, the groups submit a joint comment to the agency, detailing tactics that would satisfy every party involved. Shiloh Halsey, the conservation science manager for the Cascade Forest Conservancy, takes part in these meetings regularly. Recently, Halsey represented his organization in a cohort discussing how the Forest Service should treat land around Mount Adams, a dormant volcano in the Cascades. The goal was to submit a recommendation that would allow logging, but also reduce wildfires and protect old-growth trees in the area—a difficult balancing act. “There was lots of negotiation and give and take on all sides, and everyone came out with a better understanding of how to move forward in the future,” Halsey says. Without mandatory input from outside the government, forest managers would miss out on the nuanced and innovative solutions that come from these collaborative efforts.

That’s not to say that resilient forest plans aren’t necessary. In fact, Halsey and many others believe that the Forest Service’s firefighting strategies could use a major update. As of last September, fire suppression cost the agency $2 billion, making 2017 its most expensive year on record. The Forest Service reserves most of its budget for putting blazes out, not preventing them; and it isn’t exactly known for whipping up new action plans. National forest managers should be revising their goals every 10 years, but that timeline rarely pans out, Coppola says.

Still, if the federal government really wants to build hardy habitats, it can’t cut environmental scientists out of the loop, Halsey says. The work he does with the Cascade Forest Conservancy has already led to the adoption of novel, sustainable practices by the logging industry—a goal the Resilient Federal Forest Act claims it wants to achieve. “We are looking for long-term solutions that benefit local communities,” Halsey says, "while also keeping forests truly resilient.”