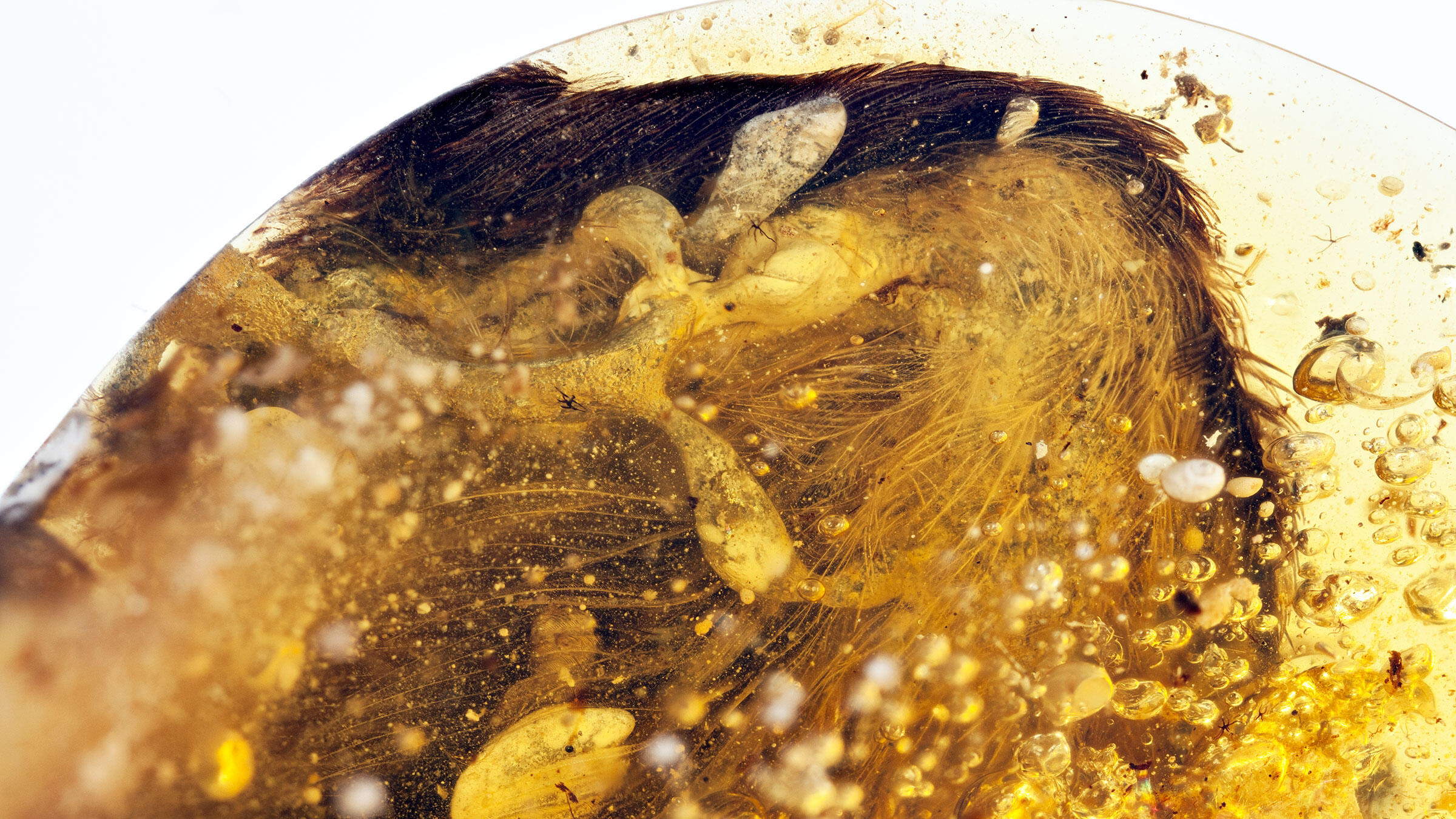 Overview of the newly uncovered DIP-V-15100 ("angel wing"), showing the pale plumage on the underside of the wing and the contrasting brown plumage along the leading edge. Scientists think it belongs to an avian ancestor from the Cretaceous period. Photo: R.C. McKellar/RSM

The fossils were discovered in Myanmar amber—a form of mummification that's typical for insects.

On Tuesday, a coalition of researchers from China, Canada, and the United States released a paper describing an amazing scientific discovery: two individual bird wings preserved in amber from the mid-Cretaceous era, around 100 million years ago. It’s worth saying it twice: Scientists found bird wings—with feathers mostly intact—from 100 million years ago. That’s amazing!

The partial specimens are tiny, just a few centimeters long, and likely belong to a pair of enantiornithes from the same (unknown) species. The enantiornithes are a now-extinct taxonomic group of birds with teeth and clawed wings that date as far back as the early Cretaceous era, making them younger than Archaeopteryx but older than Canadaga. Though they’re reasonably well-represented in the paleontological record, all of the discoveries to date have been traditional stone “compression” fossils, which don’t preserve soft tissues and are almost flat. These mummified specimens allow us to see for the first time what these ancient animals looked like with full color and a 3-D profile.

But beyond the initial mind-blowing, “that’s so cool!” reaction, what else can we learn? The type and structure of the feathers are otherwise very similar to modern birds, with configurations that suggest robust flight capability. The feathers in question are mostly brown, scientists say, with some mottling or banding and a light, almost white underwing color. The plumage resembles something similar to an Eastern Kingbird or skylark. 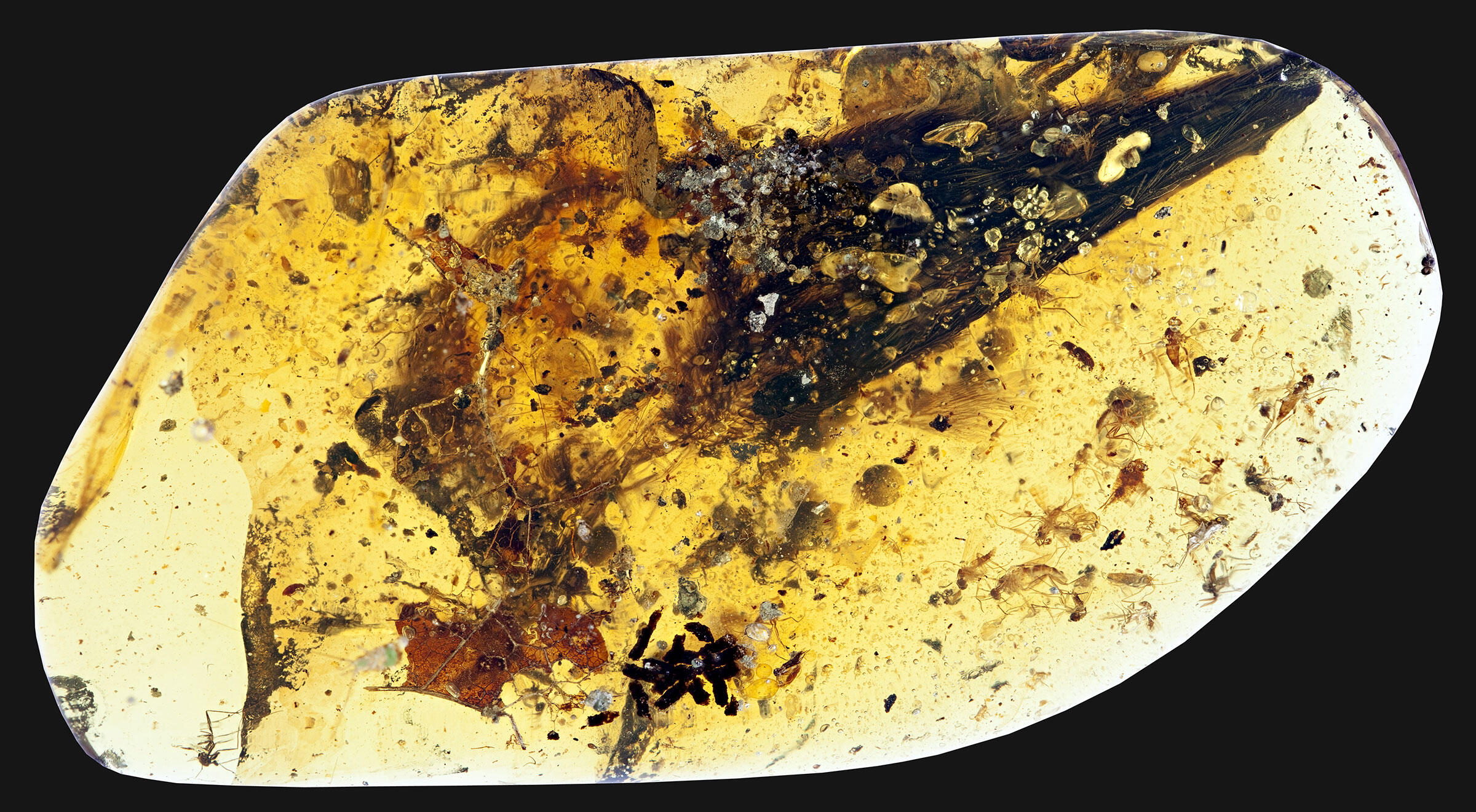 Based on the size and bony features of the wings, the birds were most likely juveniles—but their feathers display none of the typical “fluffy” or “downy” characteristics that most juvenile avians have today. This confirms the theory that enantiornithes hatched with full adult plumage, which is a rare feature in modern bird species. (There a few exceptions, such as the Australian Brushturkey.) This probably means that they were ready to run or fly very quickly after being born, and that in turn suggests that they required relatively little parental care.

This amazing find was made in Myanmar, where most harvested amber is made into trinkets for the Chinese market. With some more luck, scientists hope they can find other such exceptional fossils—maybe with the rest of the bird attached.