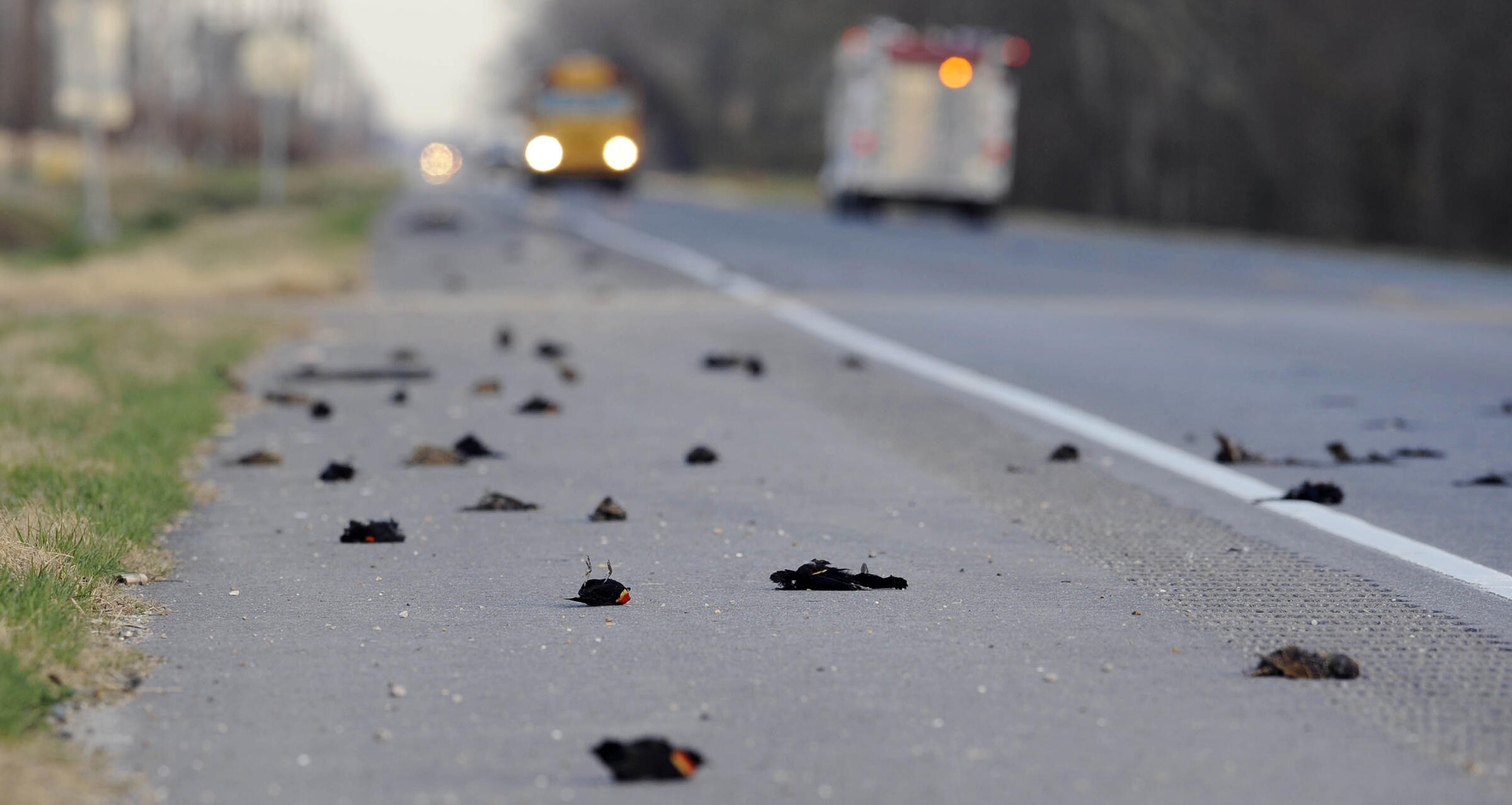 Shortly before midnight on the New Year’s Eve of 2010, the small town of Beebe, Arkansas watched as thousands of red-winged blackbirds fell from the sky. According to observers, dead blackbirds rained onto rooftops, sidewalks, and into fields. Wildlife mortality experts later determined that the event, dubbed the “aflockalypse,” was the result of an untimely fireworks display that lead to the loss of nearly 5,000 individuals as the startled birds collided with buildings and other obstacles.

The catastrophic loss is an example of what scientists refer to as a “mass mortality event,” which can affect thousands, and even millions, of animals. Disease outbreaks, severe storms, droughts, human activities, or a combination of these factors can trigger an incident.

While disturbing, they’re not always cause for concern—all major animal groups on all continents have experienced die-offs. But they may be occurring more frequently and affecting more individuals than in the past, according to a recent study published in the Proceedings of the National Academy of Science that analyzed more than 700 scientific reports of mass mortality events around the globe since 1940.

Birds, in particular, are suffering greater losses, particularly among migratory species. “It may have to do with the tendency of birds to form large flocks during migration,” says Adam Siepielski, a community ecologist at University of San Diego, California and one of the lead researchers on the study.

When Siepielski and colleagues looked at bird die-offs, they found that weather was the most frequent culprit. Snowstorms, cold spells, ice, and rain occurring that hit during spring and autumn migrations were often to blame. In one instance, 1.5 million Lapland Longspurs succumbed to a March snowstorm in the Midwest; in another, 2 million Barn Swallows died in a September storm in Germany.

High winds and fog can also disorient birds and cause migratory flocks to collide with buildings, wind turbines, and other manmade structures. For instance, more than 12,000 birds died after colliding with a single television communications tower in Wisconsin in 1963.

Siepielski says more research is needed to determine the exact causes of the rise in die-offs in recent decades, but there are several possibilities. Climate change could be contributing by increasing the frequency and severity of extreme storms, and greater urban sprawl and development could be spurring more bird strikes. It’s also possible that the events merely appear to be occurring more frequently because more people are reporting them; there are, of course, several apps just for that, and groups that recruit volunteers to be on the lookout.

Anyone who notices something suspicious should inform her local fish and game agency, says Siepielski. Studying these events as they unfold gives scientists their best shot at teasing apart the causes of these natural—and sometimes not-so-natural—phenomena.