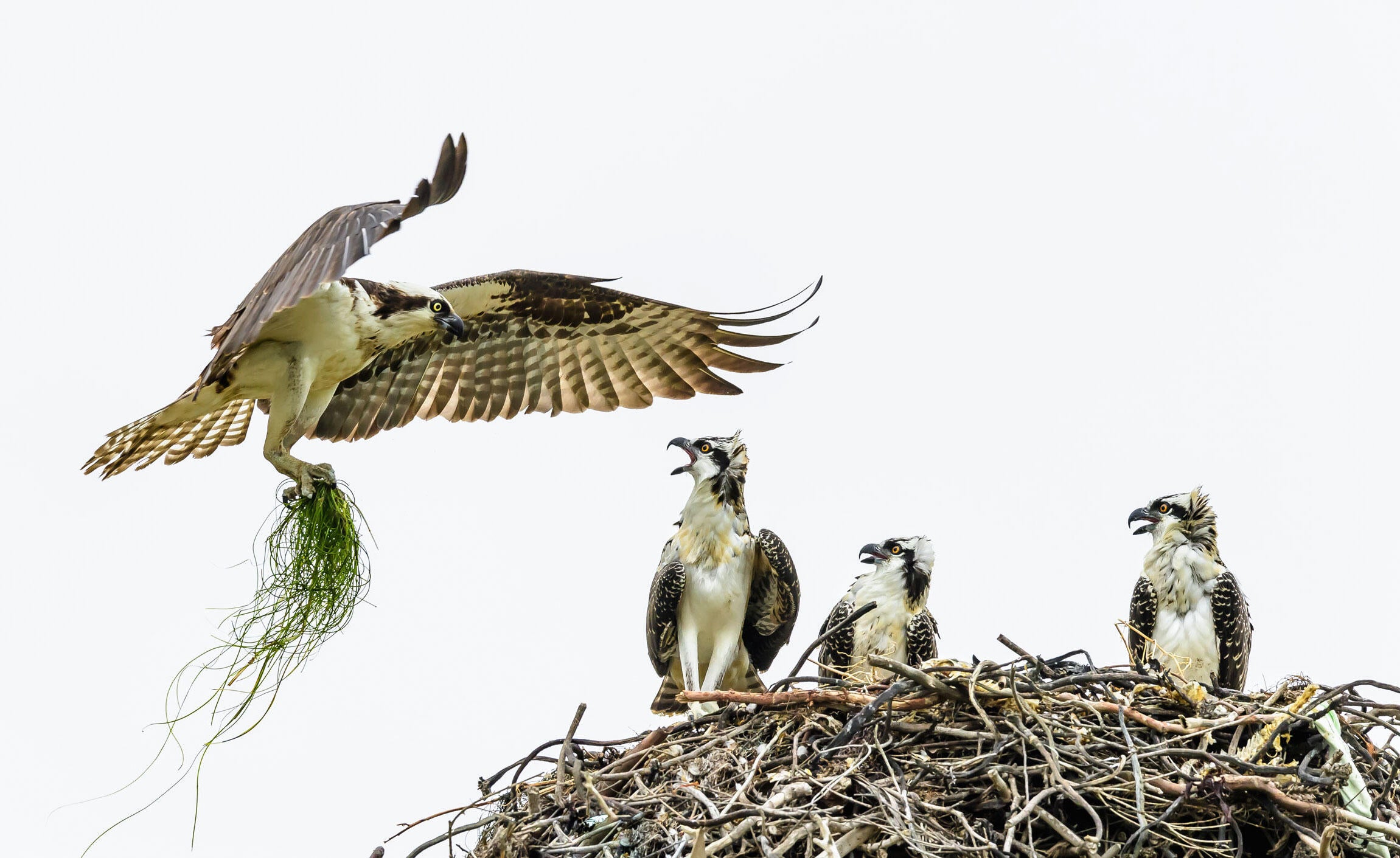 Are Birds Nesting Earlier So Their Chicks Don’t Overheat?

It’s 1925, and Joseph Grinnell and his colleagues are in the depths of northern California’s Lassen National Forest. Sunlight filters through the branches above as the group navigates through dense fir and pine trees in search of birds and mammals to collect for museum study. Then Grinnell stops—he spies a Cassin’s Vireo nest on a drooping cedar branch, and it contains pale, speckled eggs. He looks on for about 20 minutes, then takes out a notebook to record his observations. “Site about 10 yards from edge of willow bog,” he writes. “This nest was found partly built on the 15th, empty but seemingly completed on the 20th, now with four fresh or nearly fresh eggs (two of them) and female incubating.” He collects the nest and the mother and takes them back to the museum.

This style of taking thorough field notes, known as the “Grinnell” method, is now the international standard. Previously, natural-history collectors rarely bothered to take environmental observations as they gathered specimens for museums. But Grinnell, the founding director of the Museum of Vertebrate Zoology at the University of California, Berkeley, knew better. Even then he understood that his work’s future value likely lay in the detailed life-history notes he gathered and not the specimens themselves. “This value will not, however, be realized until the lapse of many years, possibly a century,” he wrote in a Popular Science article in 1910.

Grinnell, it turns out, was correct: His field notes, written in California between 1911 and 1940, are helping today’s scientists figure out how climate change is affecting the state’s wildlife—mammals in its deserts, and now birds nesting in its coasts and mountains, as documented in new research published this week.

Since 2003, scientists from the Museum of Vertebrate Zoology have resurveyed Grinnell’s study areas to collect data (not specimens) on bird species in California’s Coast Range and the Sierra Nevada. When the research team of ecologists and biologists compared their updated data with Grinnell’s, they saw that California’s birds now nest about a week (8.6 days) earlier on average. Over the same time period, daily maximum temperatures increased by over 1.8°F (1°C) across the state.

This result matches what ecologists have seen in other species: The timing of natural events—what is known as phenology—is changing as global temperatures rise. They have noted advanced spring flowering, larval fishes appearing sooner in the year, and Whooping Cranes and other bird species taking earlier migratory flights.

It’s not yet known why organisms are shifting their schedules as temperatures warm, or whether it helps them. One possibility is that birds migrate and breed earlier so their chicks hatch right when temperature-sensitive foods like insects, flowers, or fruits become widely available. This has been documented in a variety of important, small-scale studies.

In California in June, when most birds breed, nesting one-week earlier translated to 1°C cooler temperatures. That means that avian parents might effectively compensate for global warming by shifting their schedules.

It’s not the only possible explanation, though. “What we realized is that, in fact, we should think about the temperature consequences of this shift [on birds] as well,” says Jacob Socolar, an ecologist at the University of Connecticut and lead author on the new paper. He noted that in California in June, when most birds breed, nesting one week earlier translated to 1°C cooler temperatures. That means that avian parents might effectively compensate for global warming by shifting their schedules.

“If a bird's range is limited by the hottest temperature on the hottest day in July, then it doesn't really matter if the birds shift a little earlier or later; it's still going to get super hot in the summer,” Socolar says. “What we wanted to know is: What about springtime temperatures affects the nestlings' experience?” He suspected that young chicks might be more sensitive to temperature than previously thought.

To see how warming temperatures affect baby-bird survival, Socolar and his team looked at more than 47,000 observations of nesting success (and failure) for 100-plus species around the continent collected by Project NestWatch, a community-science effort led by the Cornell Lab of Ornithology. The dataset seemed to confirm his hypothesis: Birds nesting in the cooler fringes of their typical range fledged more chicks as temperatures increased, while birds nesting in the warmer fringes lost more fledglings. “They are at the mercy of ambient-temperature conditions to some extent,” Socolar says.

“This study is important because it’s showing the mechanism of why this is happening. By the birds arriving earlier, they are able to nest in cooler conditions, which increases their nesting success,” says Richard Primack, a Boston University phenologist who was not involved in the study. But he notes that it doesn’t necessarily prove that chicks or their parents are stressed out by the heat. “The next logical step, to my mind, is that we really need studies of bird physiology to actually document why nesting success is lower. We don’t know whether it’s heat stress, lack of insects, or lack of water.”

Nesting earlier is just one way that birds can adapt to climate change. Many might move around the landscape to find suitable climates, as projected in Audubon's Birds and Climate Change Report—and, indeed, many species already are. “In choosing where and when to breed, birds need to simultaneously find a place and a time with good temperature as well as resources they need to support their nestlings,” Socolar says. Other studies have shown that parents can adjust their behavior, too, by spending more or less time incubating their eggs.

A century ago, Grinnell probably knew nothing about climate change. But today his attention to detail continues to bear fruit as scientists try to understand how birds and other wildlife are adapting to climate change. Each new finding from his field notes proves him right: That his work’s greatest value lies in its detailed metadata, and not in the specimens themselves.

California's cap-and-trade extension, passed by lawmakers this week, ensures continued study of whether Sierra Nevada meadow restoration can capture carbon pollution and help birds at once.