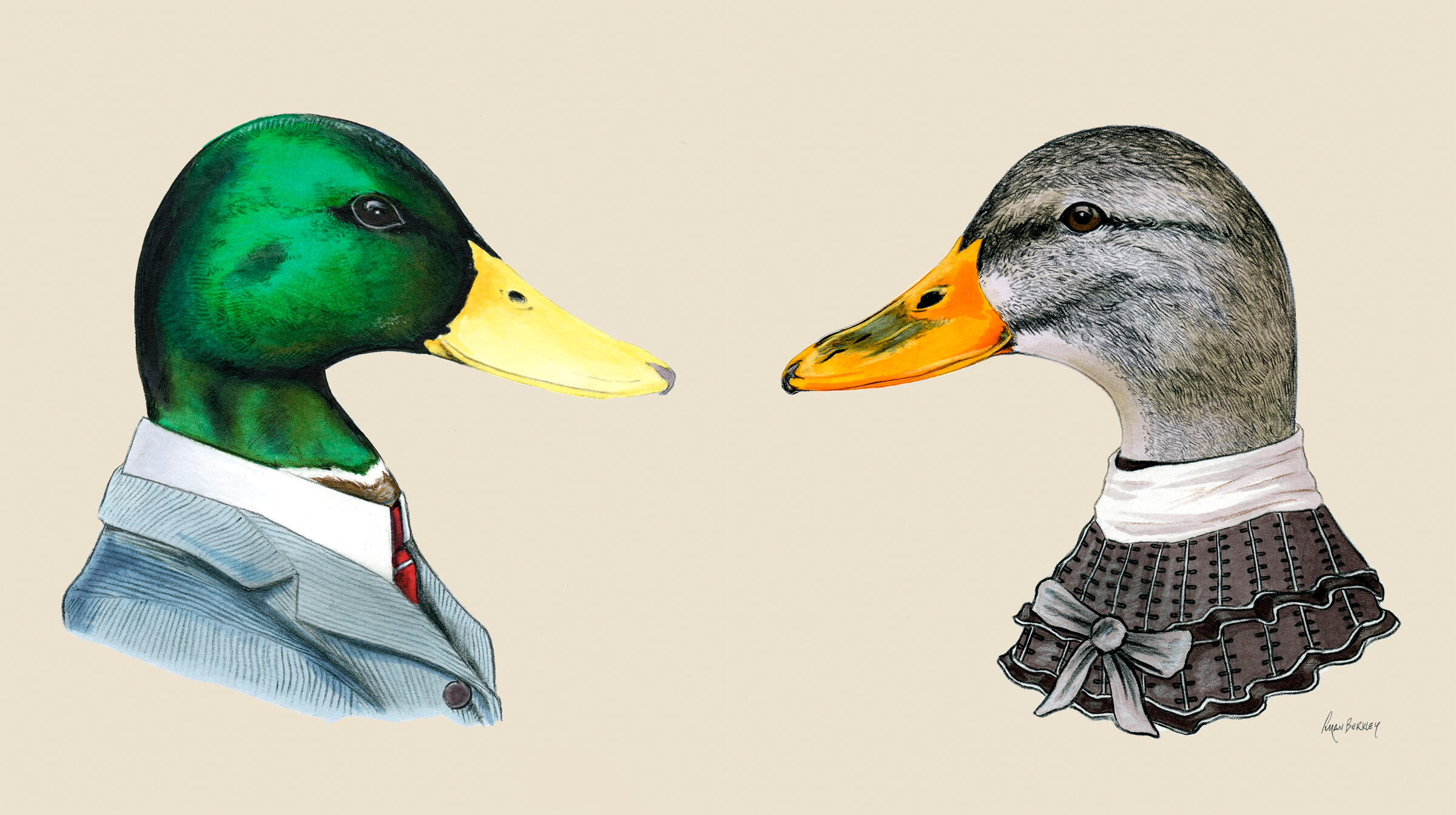 New research is questioning one of the most accepted theories about bird feathers and sexual selection.

In the bird world, the dudes with the fanciest feathers get the most chicks, and make the best mates. Or at least that’s been conventional thinking for more than 150 years, since Charles Darwin first proposed that brilliant colors make males more appealing because of sexual selection—where a trait evolves because the ladies see it as a signal of fitness.

But two new studies suggest that when it comes to avian attraction, it’s more complicated than we thought. Some males are actually evolving to have less showy plumage, and—surprise!—good looks don’t always equal a strong genetic package.

The first study, published last week in Science Advances, indicates sexual selection may not be influencing plume coloration as much as previously thought. In fact, in an analysis of 977 bird species—the largest study of its kind—researchers found that, for many species, males and females are actually becoming more alike. Roughly half of the evolutionary changes they found were towards more similar plumage. (Dunn and his colleagues used computer model to estimate how much today’s birds’ plumage differs from their ancestors.)

Egrets are one example of a species in which both sexes are similar in style, and it’s a result of natural selection, rather than sexual, says Peter Dunn, professor of behavioral ecology at University of Wisconsin-Milwaukee. Their white feathers likely offer an advantage when it comes to feeding: To a fish looking up through the water to the sky, a bird with a white breast is harder to detect than a darker bird, Dunn says.  (Other theories contend that white is beneficial because it’s noticeable, so the bright hue helps one bird quickly identify another member of its own species from a distance. This can help birds find their flocks to feed.)

Despite the push toward uniformity, Dunn’s analysis also confirms that when there are strong differences between male and female birds, it’s most often related to sexual selection. But a second piece of new research indicates that sexual selection might actually be bad for the gene pool as a whole.

According to that study, published in Proceedings of the National Academy of Sciences, “attractive” males—the ones that develop sexually selected ornaments, like a Peacock with its tail or a Goldie’s Bird-of-Paradise with its flank plumes and tail wires—actually possess weaker genetic material than less showy species.

“So a male may be attractive to a female and fight hard to mate with her,” study author Judith Mank, explains. But as a result of his genetically weaker material, “his descendants will be less fit." (File away the next time you need a good argument in favor of monogamy.)

Neither finding necessarily means Darwin was wrong, but both throw a wrench into some of the most commonly held conceptions about bird plumage. Next, Dunn and his colleagues will examine the prevailing wisdom that differences in plumage are meant to help females avoid mating outside their species. He won't say exactly what they've learned yet, only that they've found "some pretty surprising things."