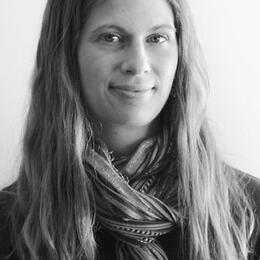 Urban birds live a different life than their country counterparts—they spend their days dodging traffic, flying through smog and other pollutants, and dumpster diving for food. But does the resourcefulness required for city living give urban birds an advantage over birds in rural areas? That’s the question scientists at McGill University’s Bellairs Research Institute in Barbados found themselves asking after observing Barbados Bullfinches snatch food and open sugar packets from restaurant terraces.

“My colleagues and I quickly realized how amazing these bullfinches were, because of the tricks they would do to get food from us,” says Jean-Nicolas Audet, a Ph.D. Candidate at McGill. “We wondered if the same species—but from rural areas—would do the same things.”

So they decided to find out if city life created a shrewder bird by exposing both rural and urban Barbados Bullfinches to a series of analytical and associative learning tasks (the results of the study were recently published in the journal Behavioral Ecology.) Here’s what they were looking for:

Problem-solving skills: The researchers devised two puzzles to test the birds' aptitude for problem-solving: First they presented the birds with a small clear-plastic container full of birdseed; to get to the food, the bullfinches either had to lift the container's lid or tug on a drawer. In the second challenge, birdseed was placed inside a tiny lidded jar that was pasted to the end of a popsicle stick, which was in turn laid inside a clear rectangular box that was open on one end. In order to get their meal, the birds had to first slide the stick out of the box, and then knock off the jar's lid.

Discrimination learning: For this test, the researchers wanted to see if the birds could learn to choose one option over another based on previous experience. The birds had to distinguish between two differently colored—but otherwise identical—dishes, both filled with birdseed. The trick was that only one of the dishes actually delivered the goods—in the other one, the birdseed had been glued to the bottom of the dish. The scientists measured how long it took the birds to figure out which color dish rewarded them, and once they did, the colors were switched, so the birds had to reassess which choice would prove fruitful.

Boldness: The researchers wanted to gauge both the birds' comfort around humans, and their fear of new objects, or neophobia. They did this by having a person hang out near the birds' food dish while they were feeding, and by placing random objects in the birds' cages—such as small dog toys—and evaluating the birds' willingness to carry on with their business (i.e., eating) in the presence of people or unfamiliar objects.

The results? The urban birds came out on top in each of the challenges thrown at them, exhibiting a faster and elevated cognitive ability than the country birds. Because the tasks were based upon innovative problem solving, Audet says, it’s likely that birds use these adaptations to solve day-to-day problems.

Perhaps unsurprisingly, the urban birds also had more confidence and were less skittish around humans. However, what did come as a surprise to the researchers was that despite being more comfortable around people than their rural counterparts, the urban birds were actually less trusting of random objects, most likely because they understand that new things can be risky. “Birds in rural areas are more naïve to new things and because their life is so predictable, they never learn that unusual objects can be dangerous,” Audet says.

So it seems that city birds are indeed smarter—or at least more resourceful—than their rural counterparts. But there was another result from the study that came as a serious surprise to the researchers, and comes with implications of its own. In addition to testing the birds' smarts, the team also tested their immune systems. This is the first type of study to measure cognitive ability and immunity, and “we expected that there would be a tradeoff between cognitive abilities and immunity, because you can’t just have everything and both of these traits are costly,” Audet says. But in fact, "we found that the immunity of urban birds was higher—much higher—than the rural birds,” Audet says, which suggests that cognitive ability and immunity are not interdependent on one another. Apparently city living doesn't just make you smarter—it makes you tougher, too. If you're a bullfinch, anyway.