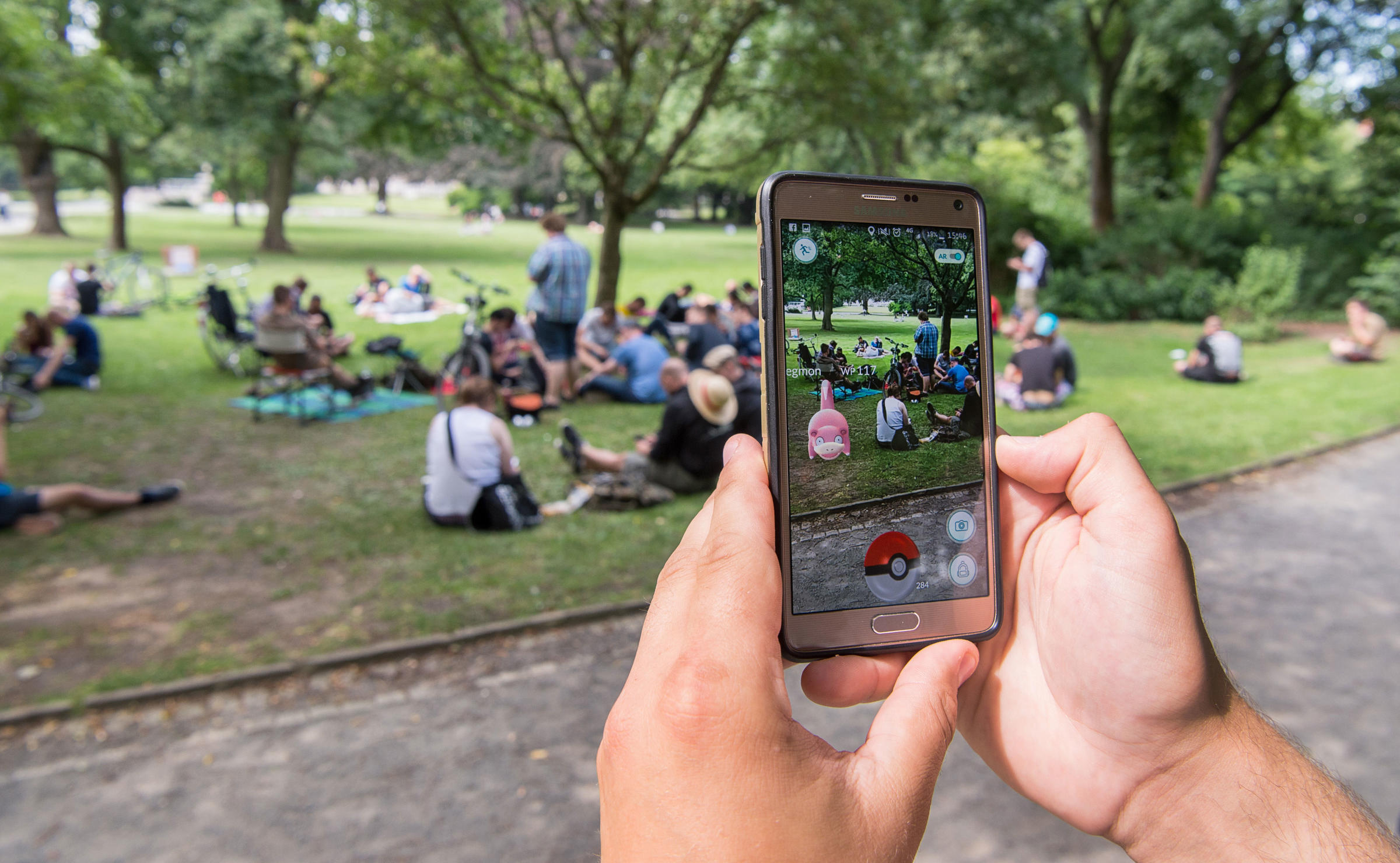 Are You a Birder or a Pokémon Go Master?

If you love the thrill of the chase, you can definitely be both.

For most of my adult life, I’ve been working to get people interested in birds. Usually it’s a challenge. But just within the last week, millions of new folks have taken up birding.

Well, they’re not calling it birding exactly. They’re calling it Pokémon Go. But it’s close to the same thing.

A Brief Guide to the World of Pokémon

For many people, especially those who were kids in the 1990s, Pokémon Go needs no introduction. For others, here’s a quick background. Invented by Satoshi Tajiri of Japan in 1995, it originally was a video game for Game Boy consoles. Players moved around a fictional world, seeking animated “pocket monsters” called pokémon (singular or plural) and attempting to catch them. In early versions of the game there were about 150 “species” of pokémon; later, the number grew to more than 700. The game became one of the most popular video games, selling more than 200 million copies and spawning spinoffs, from card games to TV shows.

Fast forward to July 2016 and the release of Pokémon Go (for iPhone and for Droid). This time the action doesn’t take place in a fictional world—it takes place in your world through a free smartphone app. The game uses the built-in GPS to place an avatar (representing you) in a map that shows your actual surroundings. As you walk past buildings or across parks, your avatar does the same. When pokémon start to show up, your device’s camera switches on, and the animated creatures dance around on your screen, ripe for the picking. But to find them, and to find the things you need to catch and train them, you have to be moving around in the real world.

The response to this new game was instantaneous and overwhelming. It was released last week; within a couple of days, the app had been downloaded many millions of times in the United States, Australia, and New Zealand.

In Pursuit of Pokémon and Birds

Many of the nature lovers I know jumped on board immediately. By the weekend, dozens of my birder friends were actively playing Pokémon Go—and so was I. Almost all of us had the same two reactions:

We’re not exaggerating; it really is just like birding. You travel to different habitats, actively looking for these creatures. They’re everywhere, but they pop up unpredictably, so you have to stay alert. Some species are common and some are rare, and you get more points for rare ones. You also get more points when you catch a species that’s new for you. (Each unique catch goes into an index called a Pokédex, which is akin to a birder’s life list.) When you pick up a new pokémon, the app pulls up information about it, as a birder’s field guide would. Sometimes the creature gets away, just as wily birds sometimes get away unidentified. But if you catch it, it doesn't go out of play: Other gamers can still see it and vy for it. Again, it's identical to birding; when a rarity pops up, it can be enjoyed by the masses.

You can also increase your success by going to locations called Pokéstops, which are parallel to real-life birding hotspots. In fact, some of them are actual birding hotspots: Near my home in Ohio, the Black Swamp Bird Observatory and parts of the Ottawa National Wildlife Refuge are marked as Pokéstops on the gaming map.

Even much of the language is the same. When you first enter the game, a character named Professor Willow tells you about these critters that fly through the skies, or live in the mountains, or in the forests: “I have spent my whole life studying them and their regional distribution.” This could be a quote from a biology professor, about to launch into a fiery lecture about avians.

The similarity between pokémon and nature study is no coincidence. While inventing the game, Tajiri was trying to capture the excitement of his boyhood hobby of insect collecting. The thrill of seeking and finding new species was central to the game. These days, more people are birding than insect collecting—and at least this week, more people are playing Pokémon Go than birding. But the principles are the same.

Another way that birding and Pokémon Go are similar: Both draw a lot of haters. All over social media, I’m seeing snarky comments about fans of the game. It’s similar to non-birders making digs at birders. But why? To critics of both, all I have to say is, don’t knock it if you haven’t tried it. (Seriously, you’re missing out on a great deal of fun.)

Of course, not every birder will enjoy Pokémon Go, and not every player will enjoy birding. But some of us are loving both, for the very same reasons. So, as a lifelong birder, I salute and welcome the people who are entering the world of discovery through pokémon.