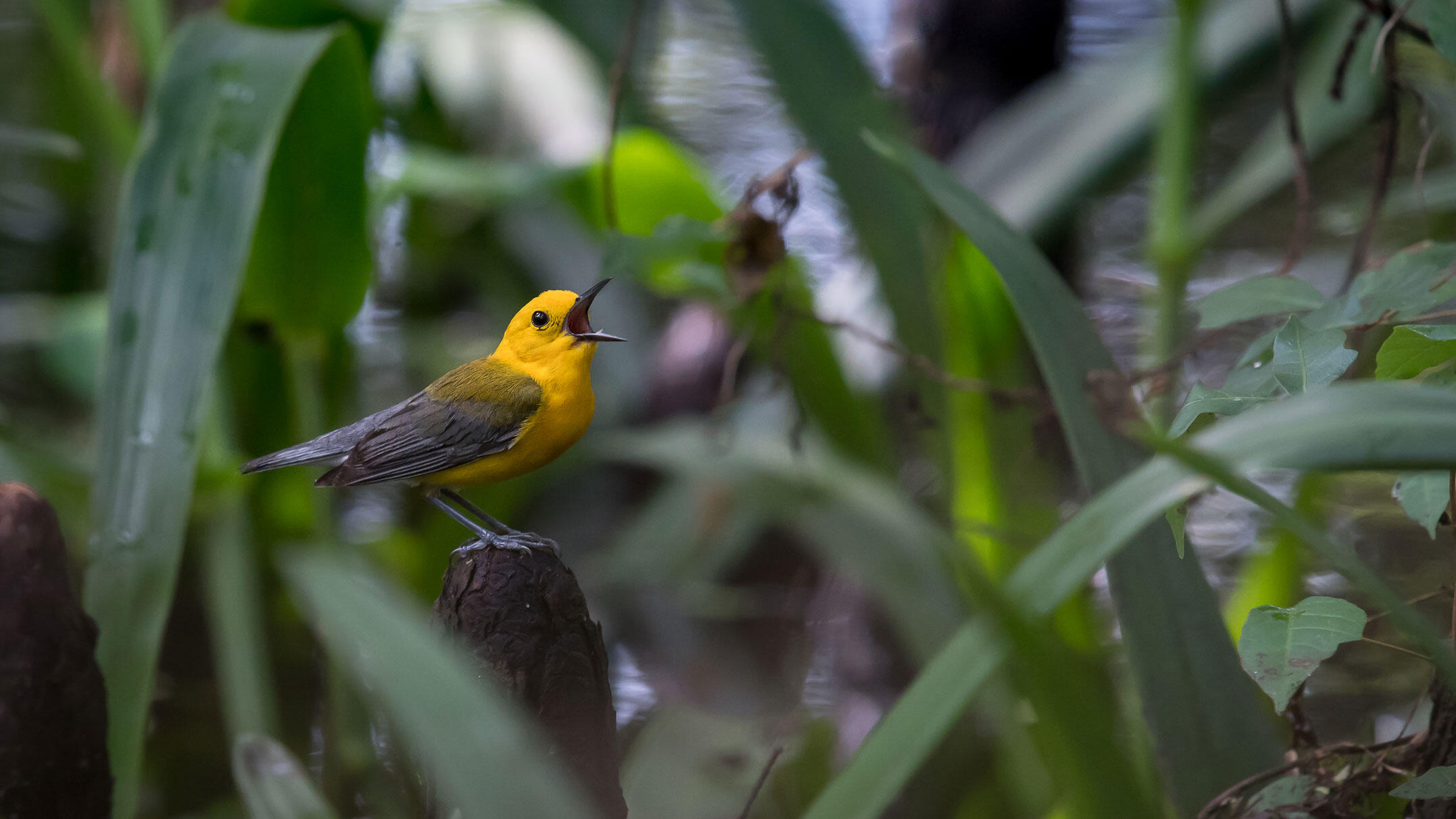 Birds and English do not always mix well.

As a self-taught birder, I’m accustomed to having my ornithological expertise questioned—very accustomed—but teaching English is my profession. This makes me confident in my understanding of subordinate clauses and punctuation, but that confidence vanishes when I’m reminded of an important fact about the language: it’s written and spoken.

Like many birders, I first became familiar with all but the most common backyard birds by reading about them. Such birders find the species mentioned in a field guide or other book, often with accompanying photos or illustrations, and before long they know each bird by name. It’s only after they get out in the field with other birders that they suddenly realize field guide entries don’t include pronunciations.

The tiny twinge of fear that accompanies speaking a bird’s name for the first time is one that can be felt even years after the field marks have been committed to memory. I revisited that fear last spring on a trip to the Pacific Northwest, when I spotted a pair of squat black-and-white alcids diving and resurfacing in the placid waters near Deception Pass. Though they were life birds, I knew their species instantly: a pair of winter-plumage Marbled Murrelets.

But when I had to say “murrelet” aloud to my friend and guide Tina, I balked and said something like “mrrrlt.” I was seized with panic because I hadn’t really thought about that first syllable before; does murre have the straightforward ur sound of fur, or is there more of a your to it, as in pure? I’d long assumed the former to be the case, but now that the moment of truth was here, I couldn’t commit to it.

Even now, with a large unabridged dictionary open, telling me to go with murre as in fur, I feel uncertain. After all, many English words, such as route have multiple pronunciations. There are regional differences, too, like the second a in caramel, which vanishes as you move north and west. In fact, a dictionary can often lead me to have even less confidence that I'm saying a bird's name right.

Take, for instance, the guillemot. I took French in high school, so when I see that the guillemot’s name is a diminutive of the French name Guillaume (the francophone version of William), I want to pronounce it with a Gallic flair: “GEE ye mo.” It’s the same way I say guillotine. On the other hand, I know (and my dictionary confirms) that many English speakers don’t pronounce the double L as a Y when discussing beheadings during the French Revolution, so I probably shouldn’t be shocked that the seabird is officially “GILL a mott” in English.

Here's another one: Robyn Hitchcock once sang “On the horizon of the gulls and plovers / She saw the outline of transparent lovers.” My Webster’s declares this a perfect couplet, but it also says I’m free to rhyme plovers with rovers, which I usually do. Why are two versions acceptable? Blame something linguists call the Great Vowel Shift. The o that you’d have found in plover in 1300 would have been formed back in the throat, making it sound like lover. But within a few hundred years, that o moved forward in the mouth to sound like rover. So, bird names that originated in Europe (including plover, which comes from Old French) can have two or more English pronunciations, each with a history going back centuries.

Can you blame a guy for indecision?

This issue probably wouldn’t bother me so if I had not been called out publicly for mispronouncing an avian name before: that of the Prothonotary Warbler. During a radio appearance a few years back, I mentioned how much I love the brilliantly colored little bird, and a few minutes later, the station received a call from an interested Audubon official; he informed me that I should not say “pro THON o ta ree,” but rather “pro tho NOTE a ree.” I withered behind my microphone and stayed in a state of embarrassment about the subject for several days until I returned home to my dictionary and discovered that I HAD BEEN RIGHT ALL ALONG.

Not that I hold any kind of grudge about the matter.

But that brings me to my point: It is, alas, our lot as birders to live in a state of heightened awareness, both of the avian life around us and of the likelihood that some other birder will at some point disagree with us about an ID. (“Sharp-shinned? Naw, that was totally a Cooper’s, dude.”) Thus, in this age of increased divisiveness, I ask you to think twice before correcting a fellow birder, to accept that there might be more than one correct way to pronounce a bird's name, and to avoid making a harsh judgment about a speaker who might know a bird intimately, however she may say its name. 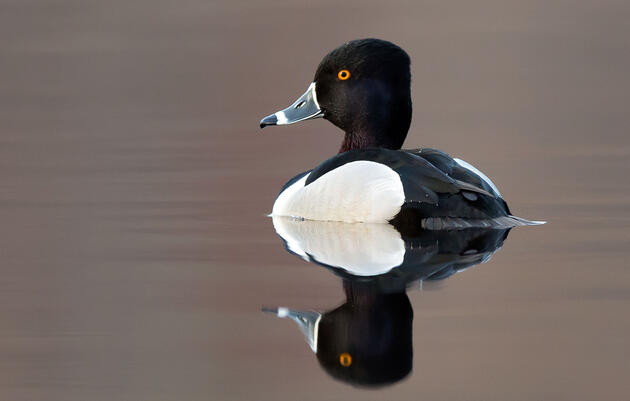 It's Time to Rename the Ring-necked Duck

One birder's impassioned plea to name the diver for a much more obvious—and useful—field mark. 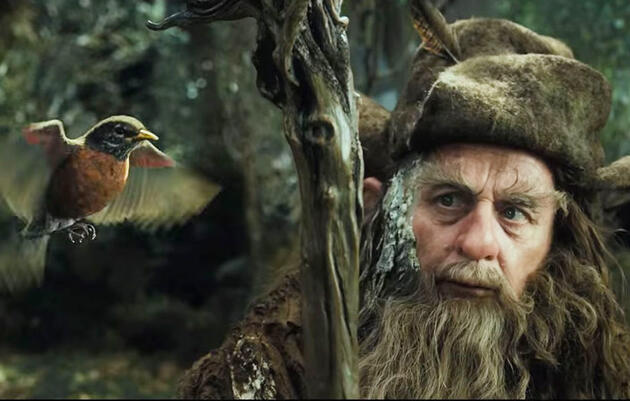 Why That American Robin Cameo in 'The Hobbit' Wasn't an Error

Filmmakers often place birds in the wrong setting, but when it comes to fantasy movies, where should we draw the line—if at all? 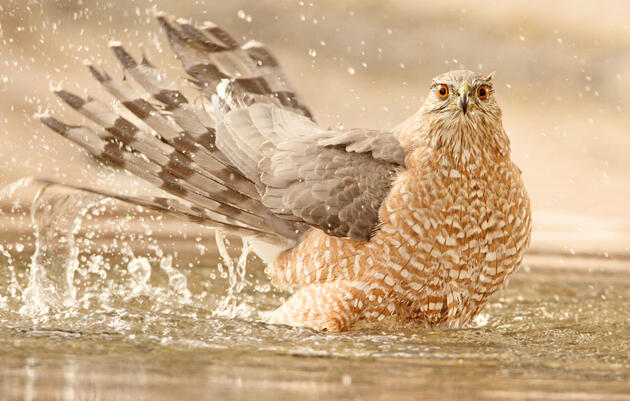 Birdist Rule #101: Learn About the People Certain Birds Are Named After

Like this Cooper's Hawk. Know who it was named for? Didn't think so.