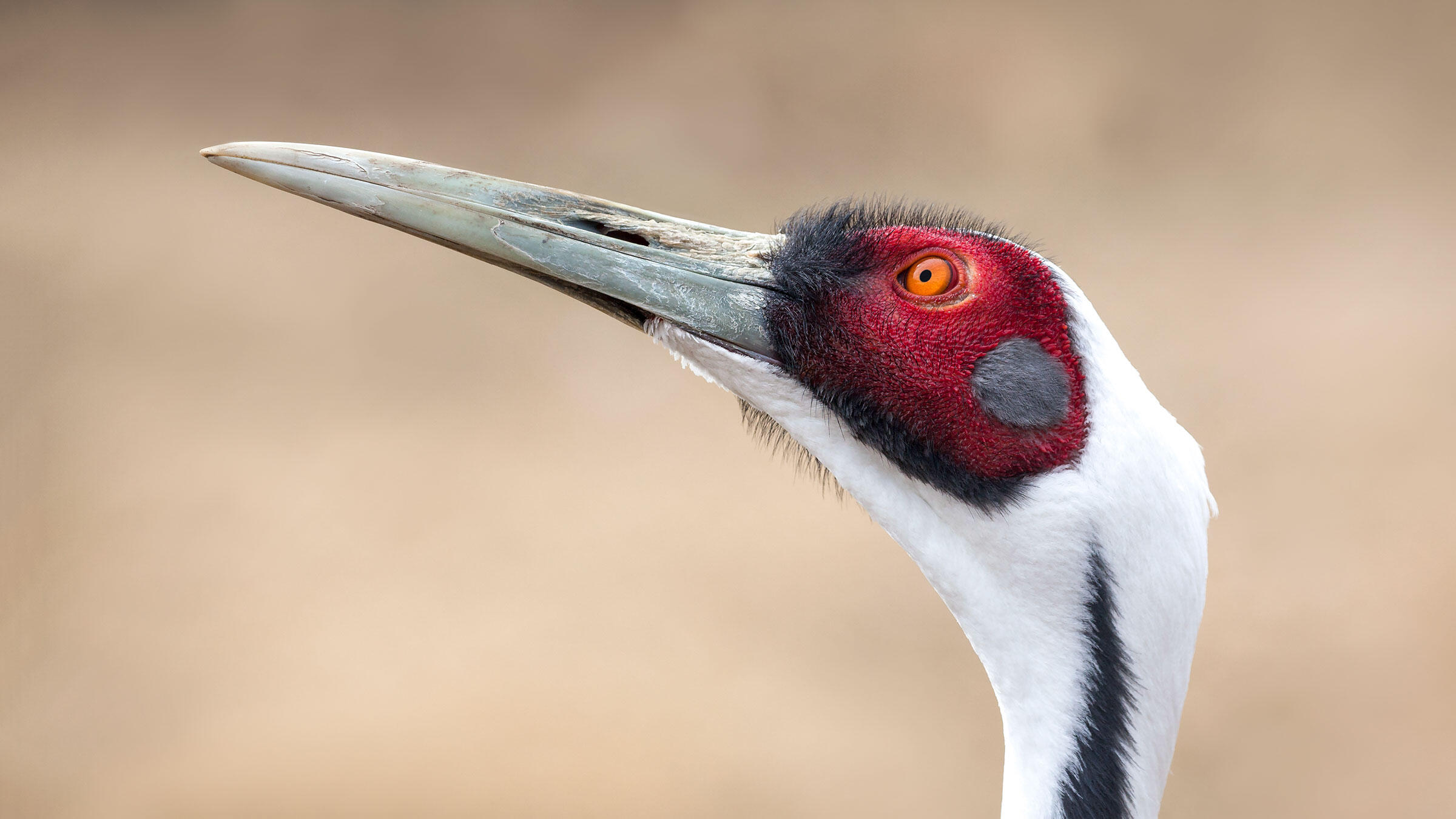 This week, when George Archibald arrived in Port Aransas, Texas for the annual Whooping Crane Festival, it marked the end of a remarkable journey. He was back with his beloved Whooping Cranes—one of the birds that inspired him to start the International Crane Foundation (ICF) in 1973—after a whirlwind tour visiting all 15 species of cranes in their native habitats.

For six weeks he traveled around the world, stopping in nine countries on four continents, to check in on the Whoopers' extended family: the six-foot-tall Sarus Crane in India, South Africa's Grey Crowned-Crane with its elegant spray of golden head feathers, the bluish-gray, salt-water-drinking Brolga in Australia, and many more.

When one of ICF's major benefactors proposed the trip, Archibald jumped at the chance. It was a rare opportunity for him to meet up with ICF's many collaborators around the world and get a first-hand look at their crane conservation projects. But the real joy was in visiting the birds that have been Archibald's obsession for decades. “Meeting the cranes was akin to meeting loved ones,” he says.

The highlight of the trip came on February 12 in Ethiopia, when Archibald and his ICF coterie flew into Bale Mountains National Park to look for Wattled Cranes. These odd birds, with white and red wattles that swing from their throats, count among the rarest birds in the country. Fewer than 300 Wattled Cranes live in Ethiopia, where they form the species’ most northernmost population, some 2,000 miles north of the main group on the floodplains of Zambia.

While flying the 250 miles back to Addis Ababa, Ethiopia’s capital city, from Bale Mountains National Park, Archibald asked the pilot to fly low over a large dam reservoir on a river in the hopes of spotting more birds. As the plane swung low, they spotted a flock of 20 or 30 Wattled Cranes foraging along the reservoir—a flock that had never been recorded before.

“It's a very exciting moment to discover this new dry-season gathering population at the reservoir,” Archibald says. It was also a larger group than typically found. An Ethiopian colleague, who is doing his PhD on Wattled Cranes in Bale Mountains National Park, has been able to find just four breeding pairs.

That discovery was a moment of unbridled joy on a trip that drove home the severity of the threats that cranes face around the world, as the birds lose their wetland habitats to climate change, invasive species, and human activities. In the past 20 years, for example, the Wattled Crane population has dropped by around 50 percent, to some 7,000 birds, Archibald says. The species’ decline is mainly driven by dams that flood wetlands and an invasive plant from South America, called Mimosa pigra, which smothers wetlands with dense, thorny bushes impenetrable to the birds. 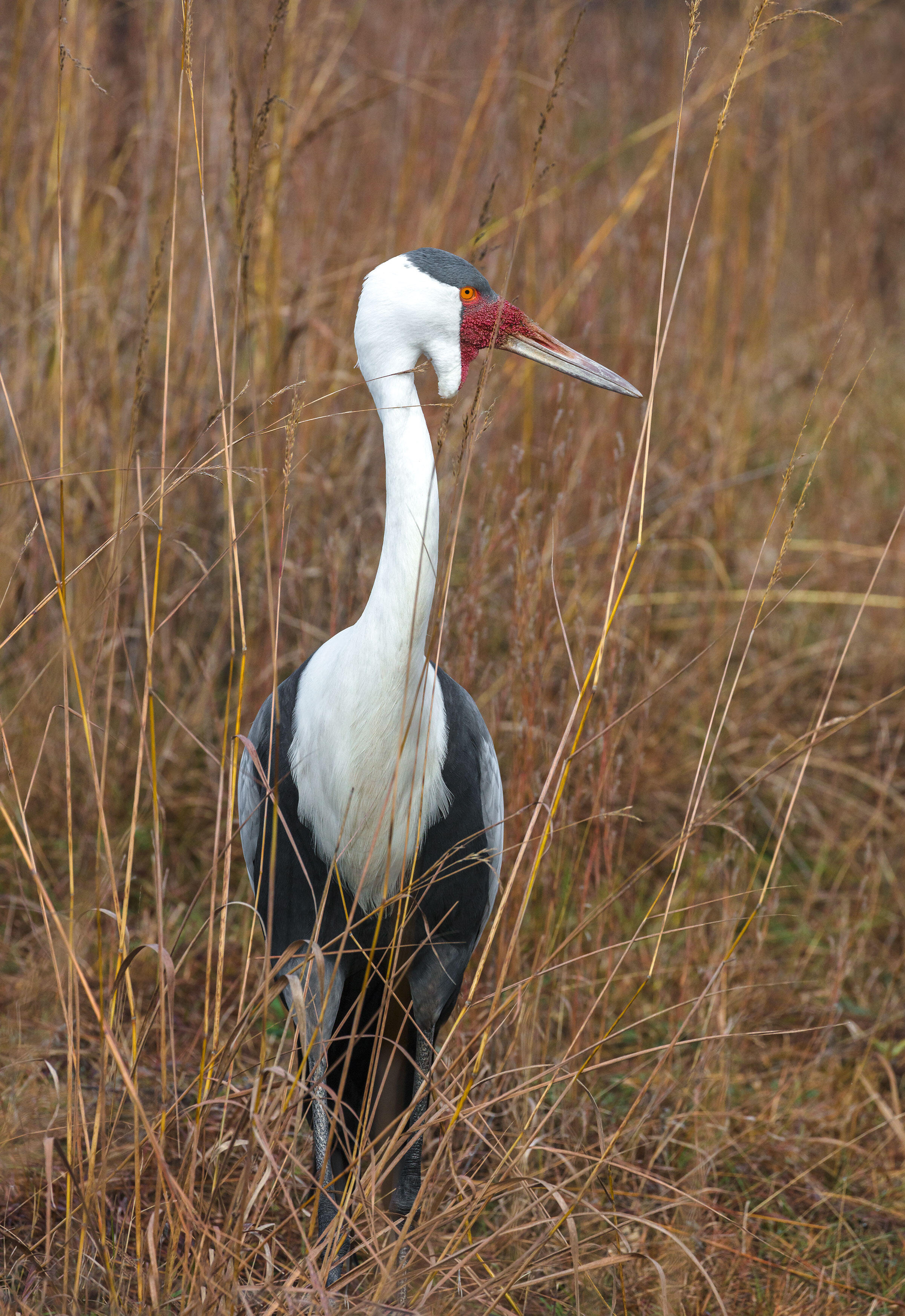 Around 7,000 Wattled Cranes live in southern Africa. This month, Archibald observed a flock of 20 or so birds that had never been recorded before. Photo: Ted Thousand 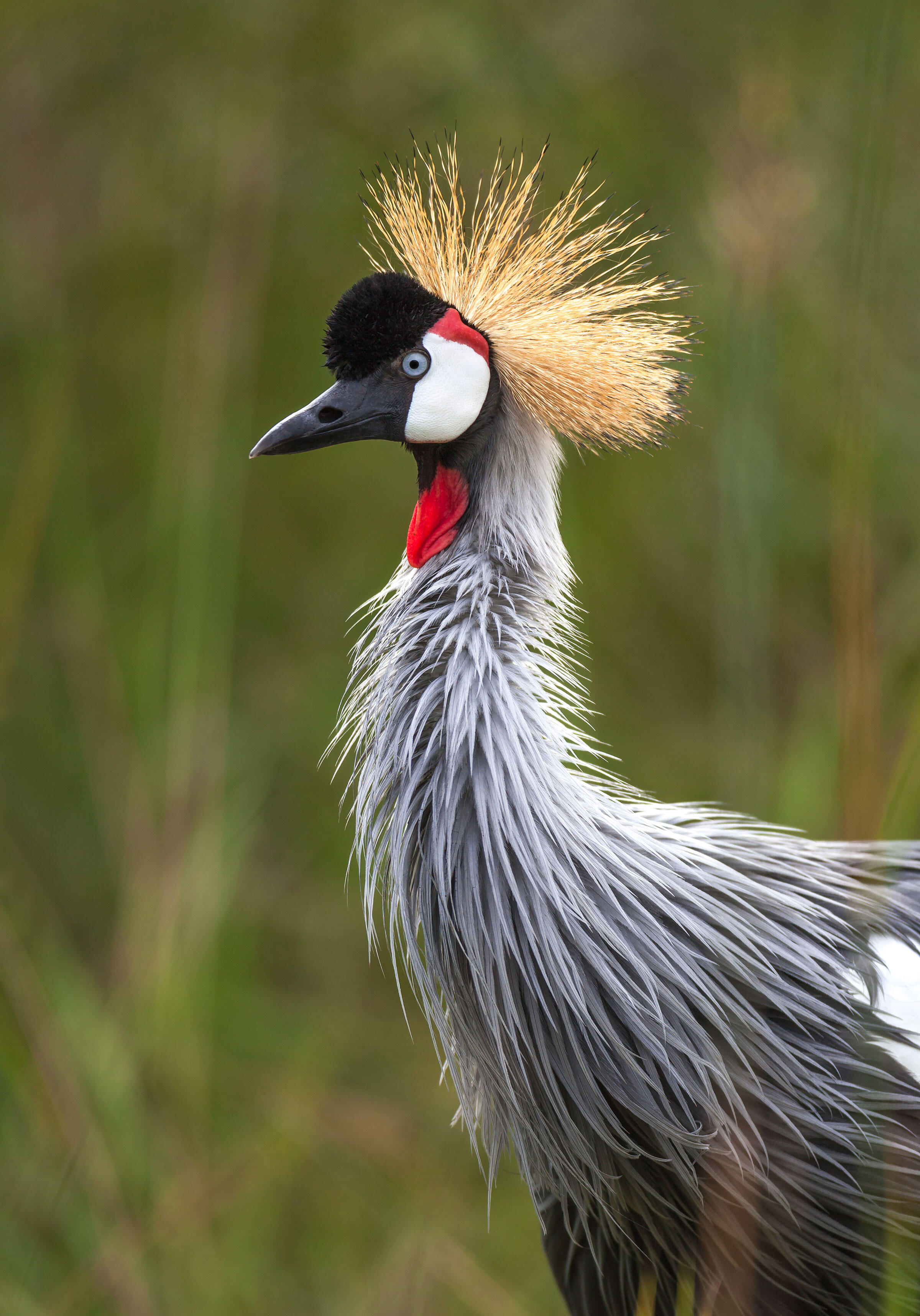 A Grey Crowned-Crane, the national bird of Uganda, shows off its crown of stiff, golden feathers. Around 30,000 of the birds live in the dry savannah in Africa south of the Sahara Desert. Photo: Ted Thousand 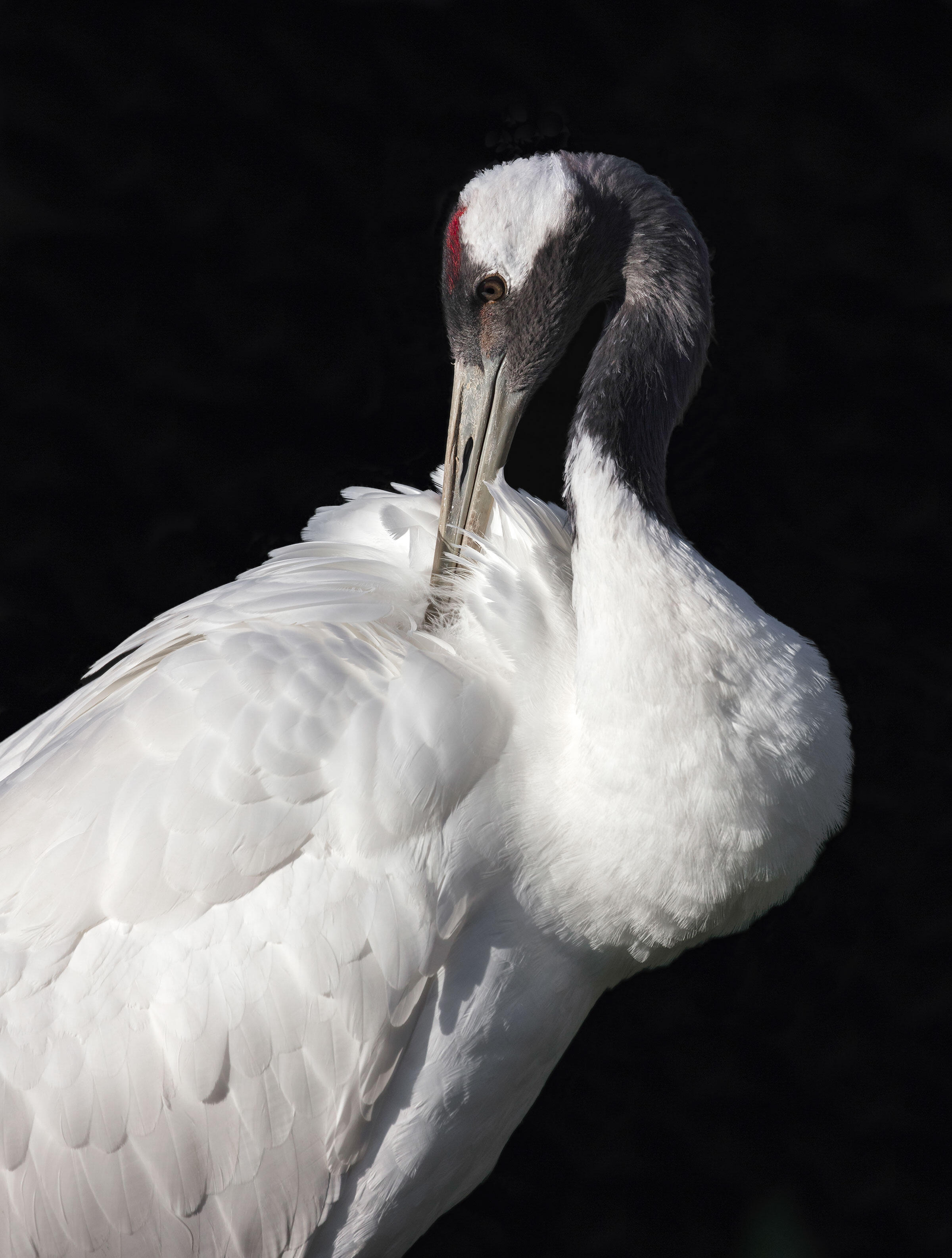 Mating pairs of Red-crowned Cranes often leap and dance together, singing in unison while performing a honking duet. Around 2,000 individuals of this species, one of the longest-lived birds, survive in East Asia. Photo: Ted Thousand 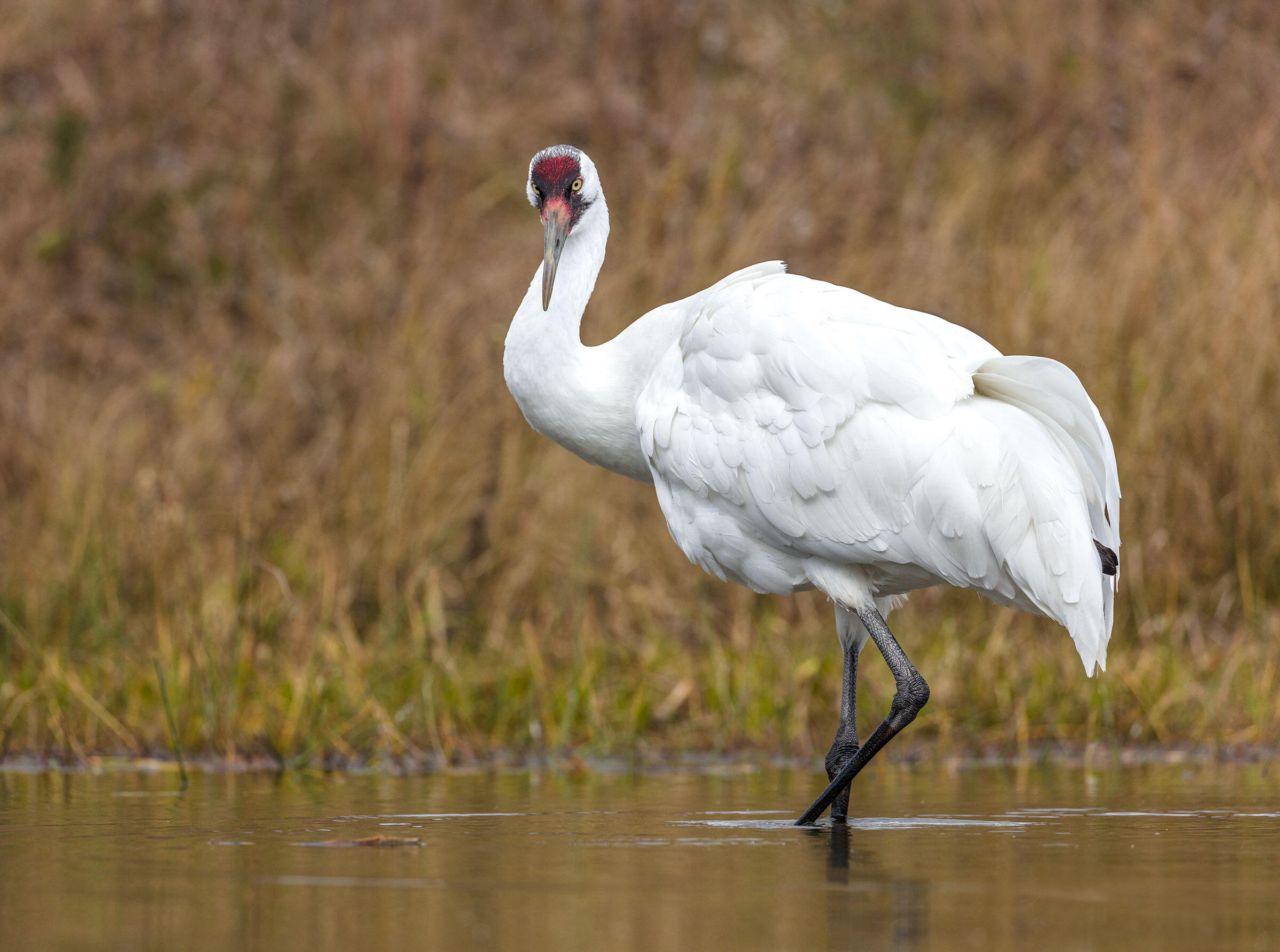 In 1940, Whooping Crane populations dropped to just 40 birds. Today, there are around 600 living Whoopers, half of which live in the wild. The biggest threat to the species is gunfire; more than 20 birds have been shot in the past five years. Photo: Ted Thousand 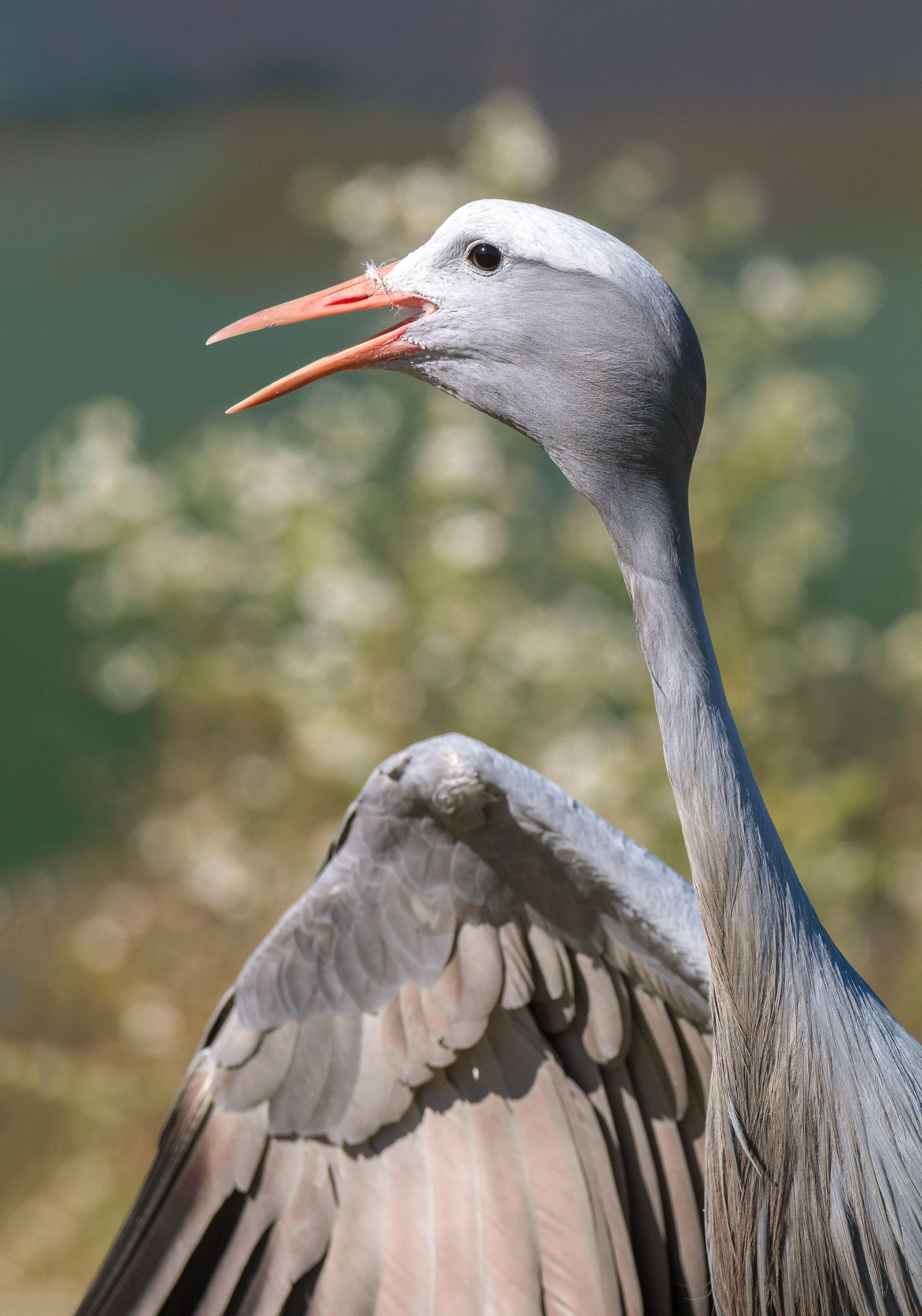 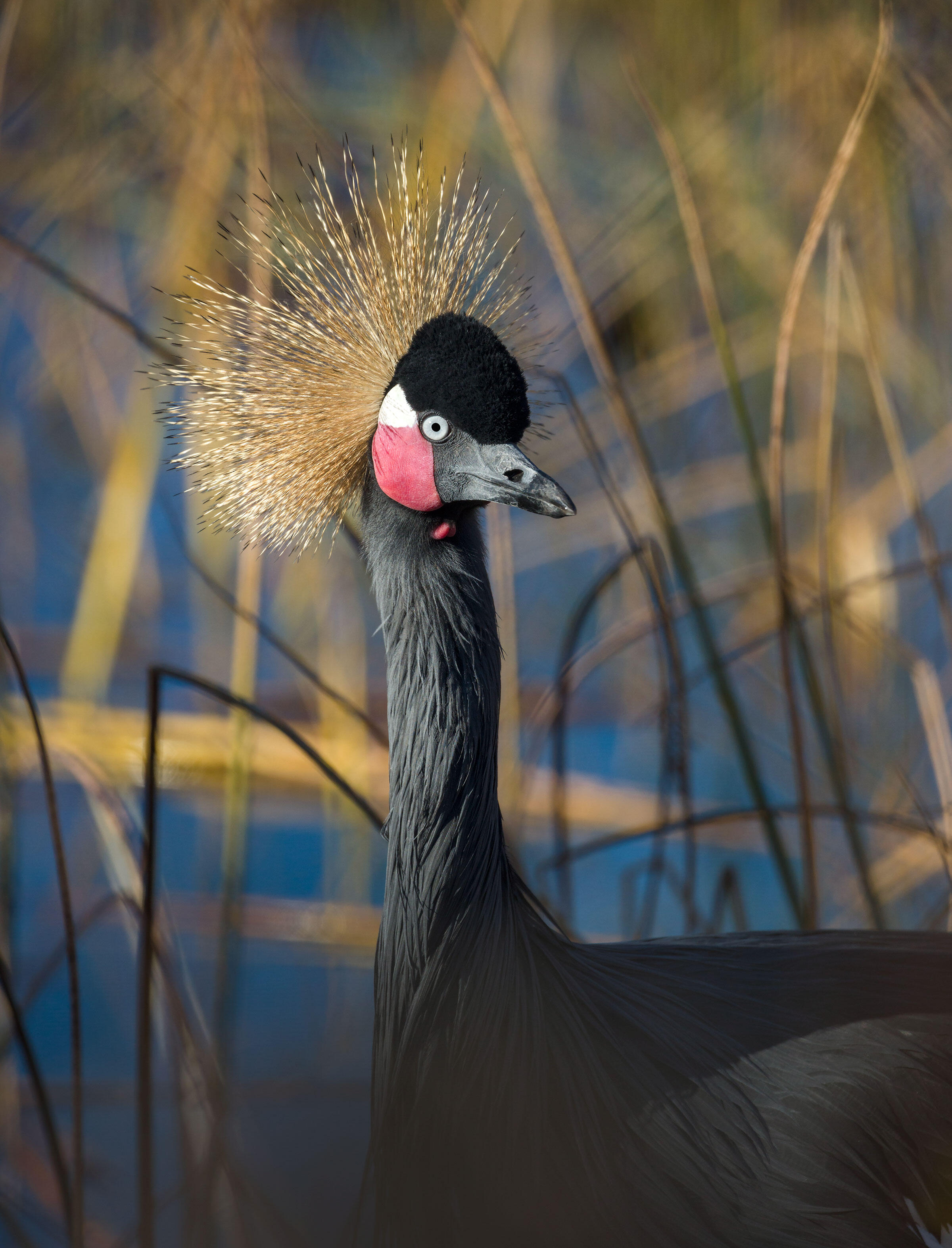 Like other crowned cranes, the Black Crowned Crane can perch because it has a long hind toe that can grasp branches. Besides habitat loss, the main threat facing the 40,000-bird population in southern Africa is illegal capture and trade for the pet industry, according to ICF. Photo: Ted Thousand 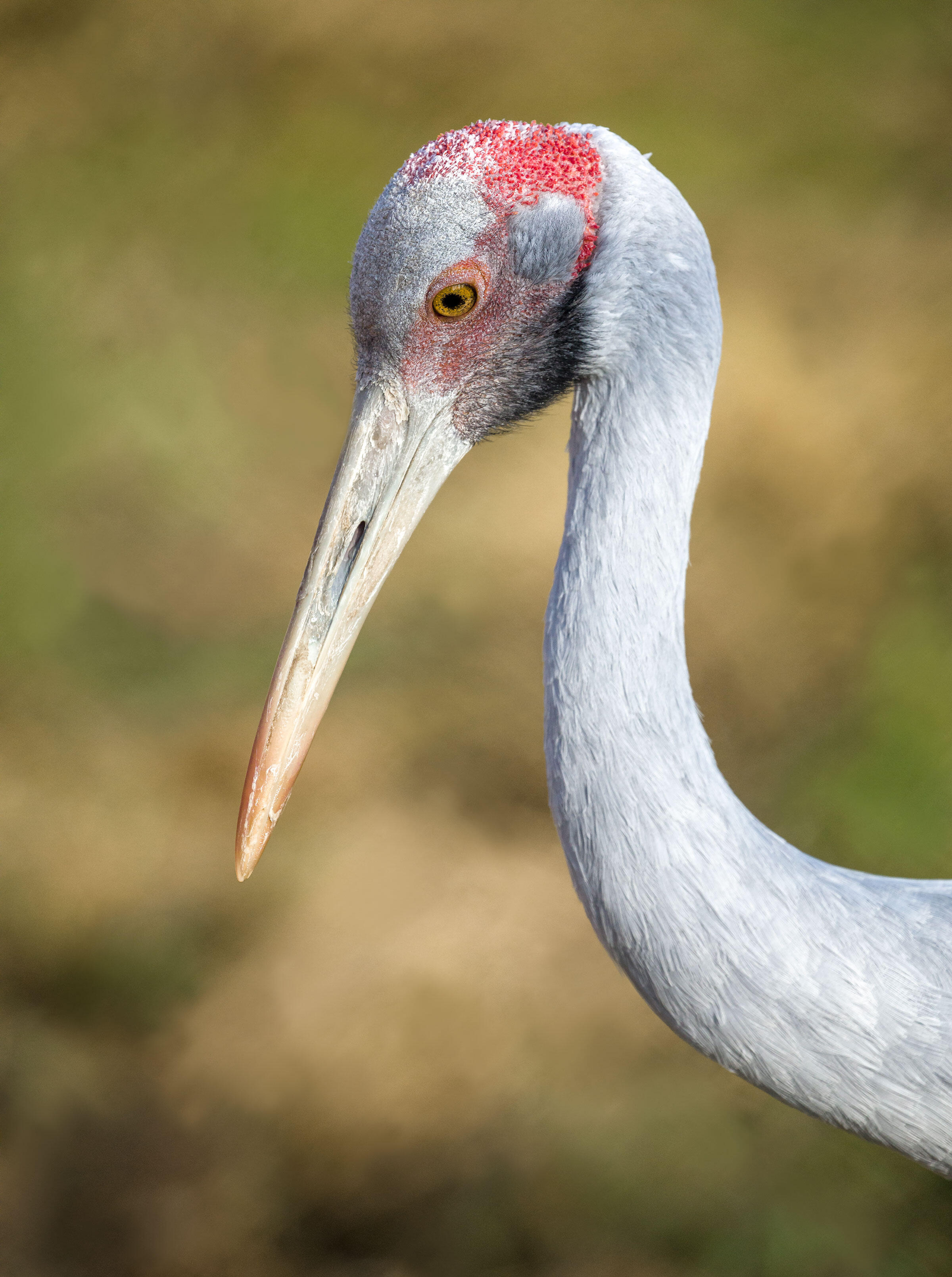 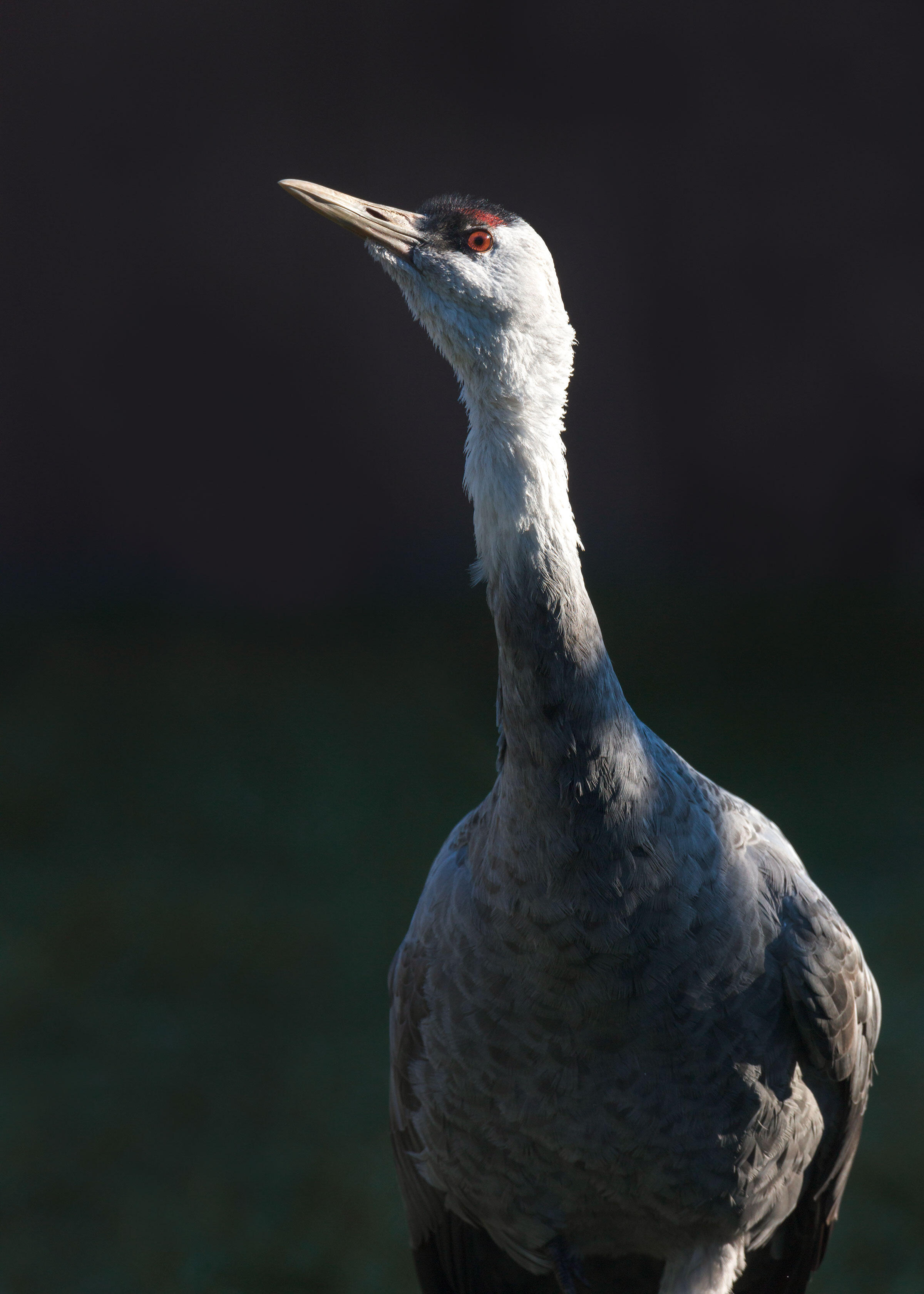 Hooded Cranes nest in isolated sphagnum bogs in southeastern Russia and northern China that are so remote biologists didn't find a nest until 1974. The population of around 11,000 birds is threatened by habitat loss, as people drain wetlands and log forests for development and farming. Photo: Ted Thousand 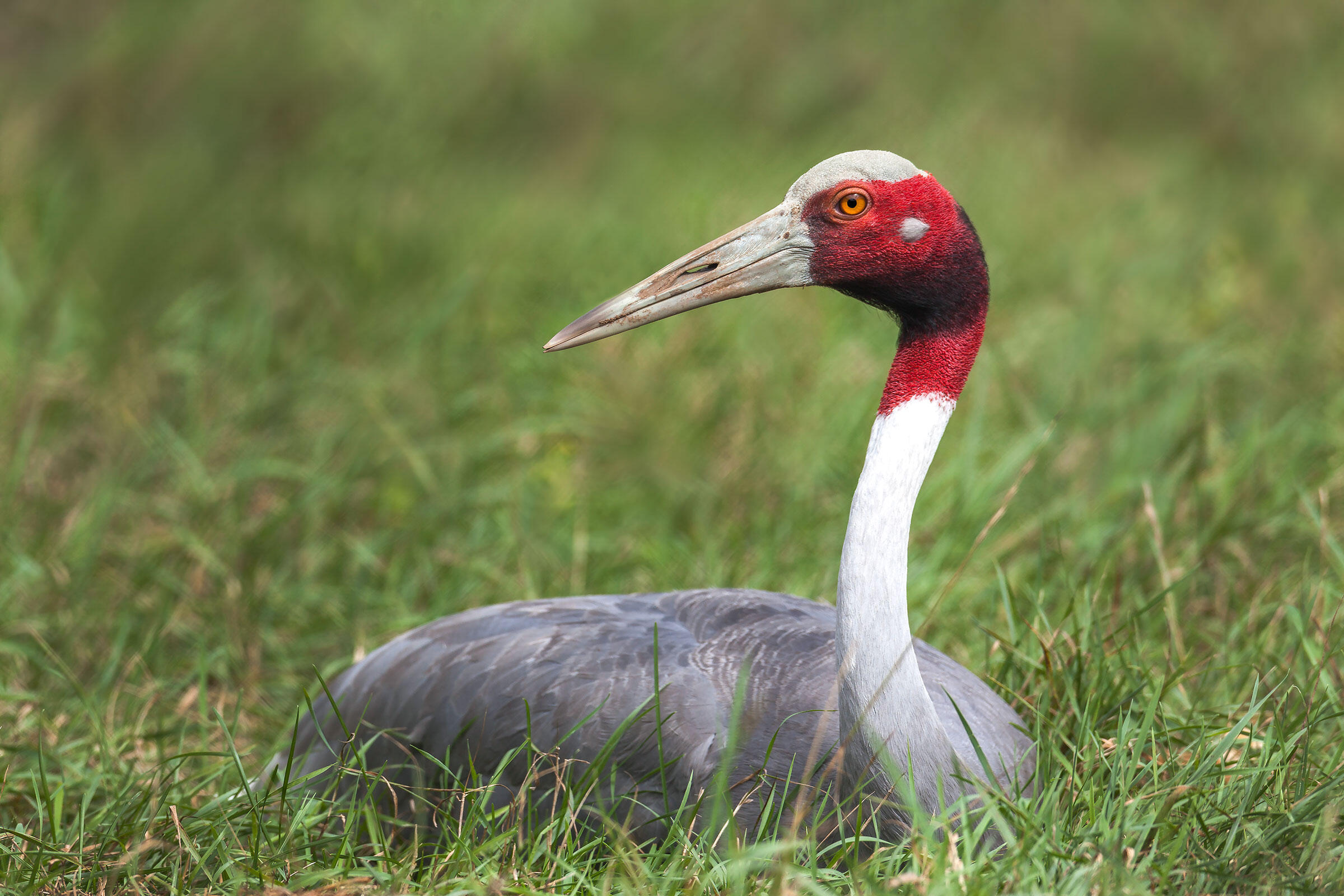 At six-feet tall, the Sarus Crane is the tallest crane species, and the tallest flying bird. Around 20,000 birds forage in wetlands and grasslands throughout southern and southeastern Asia. Photo: Ted Thousand 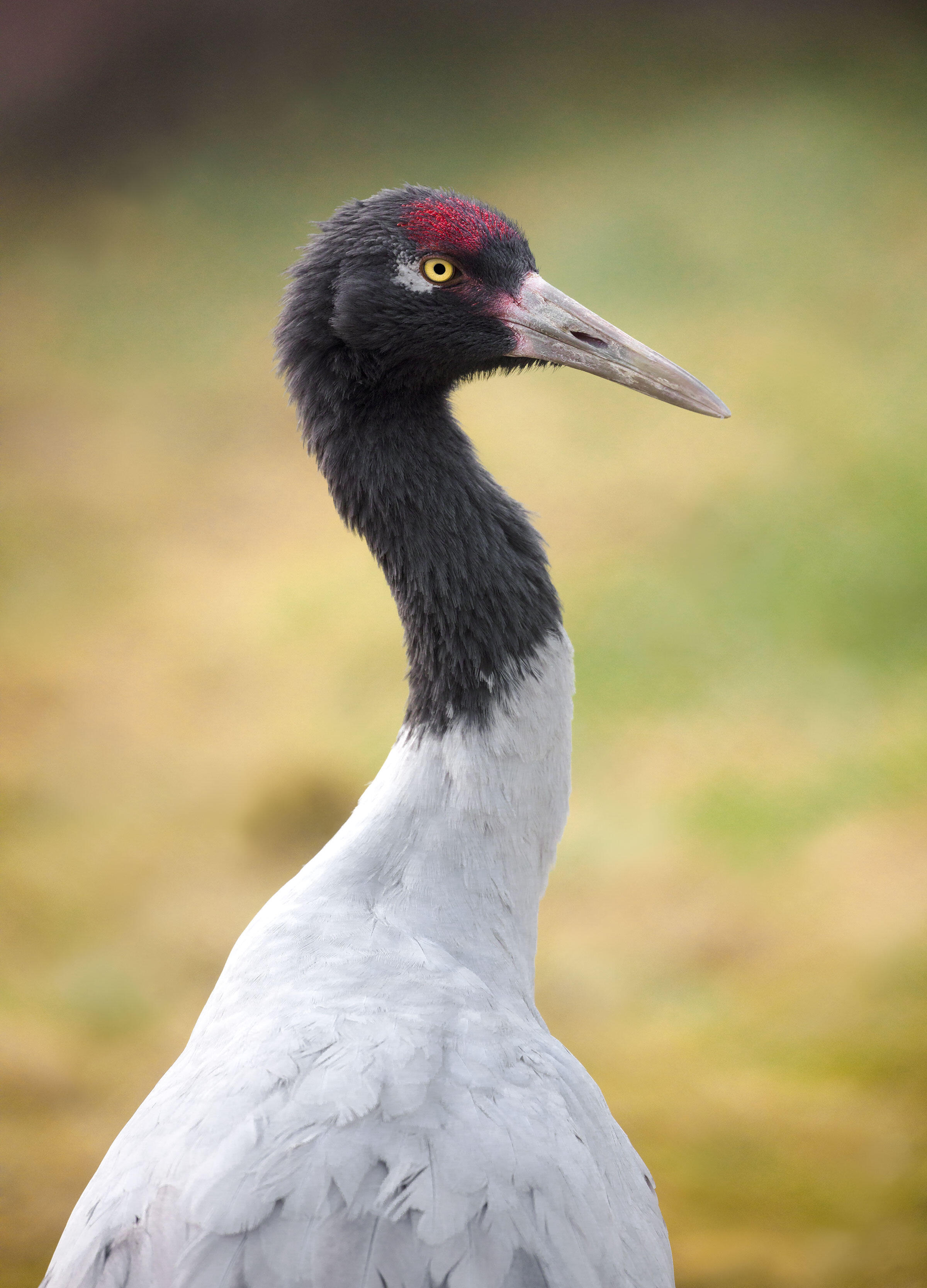 Black-necked Cranes may be large and vibrant, but they went unnoticed for a long time; ornithologists didn’t discover the species until 1876 because they nest at high elevations. Around 5,000 birds survive today. Photo: Ted Thousand

Sandhill Cranes are the most abundant crane species in the world, with more than 600,000 individuals living across North America and into Siberia. They can forage in many habitats, including wetlands, grasslands, and farmlands, a fact which explains their relative success. Photo: Ted Thousand 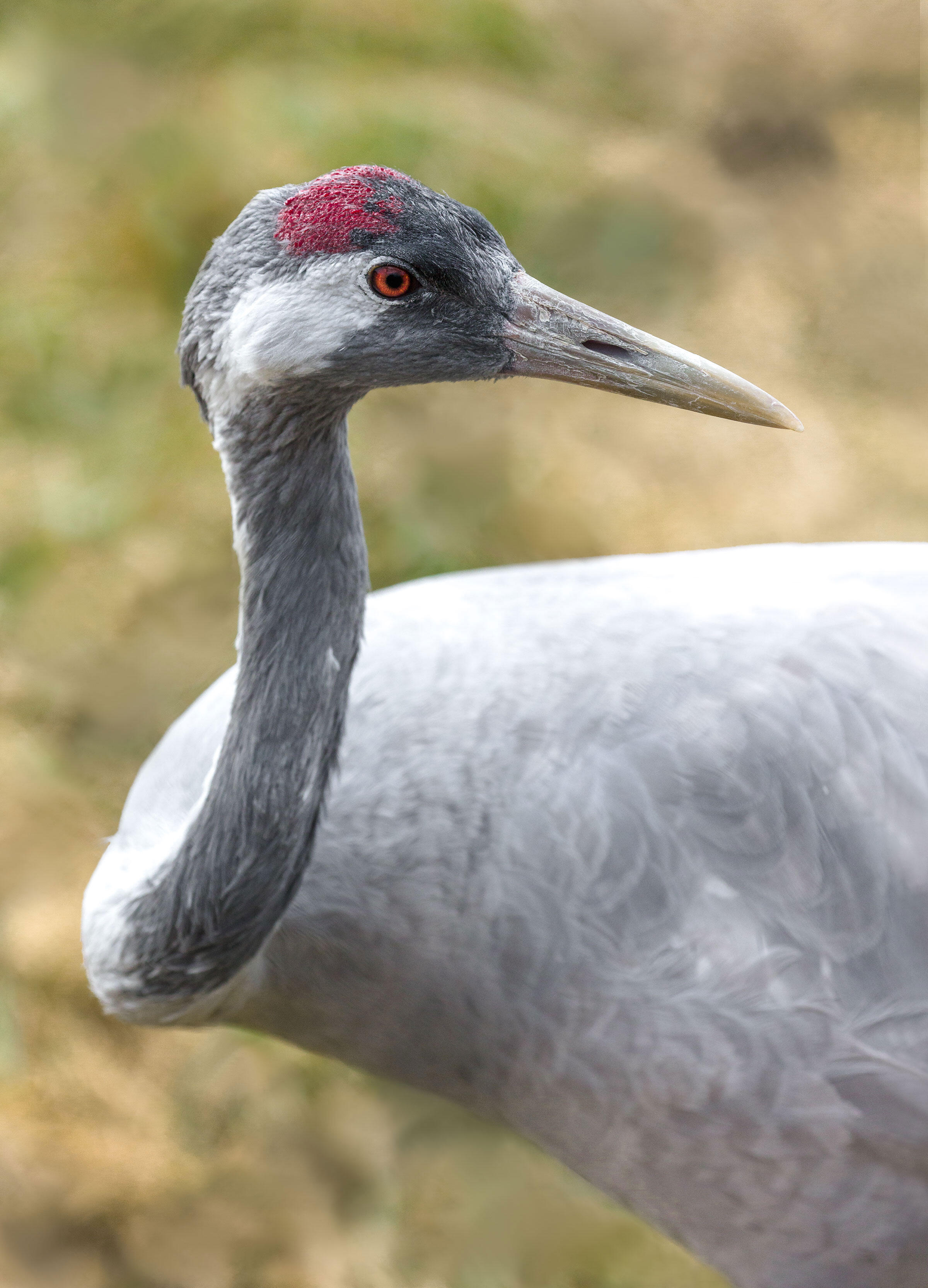 The Common Crane, also known as the Eurasian Crane, lives in more than 80 countries; it breeds throughout northern Europe and Asia and winters in northern Africa. Photo: Ted Thousand 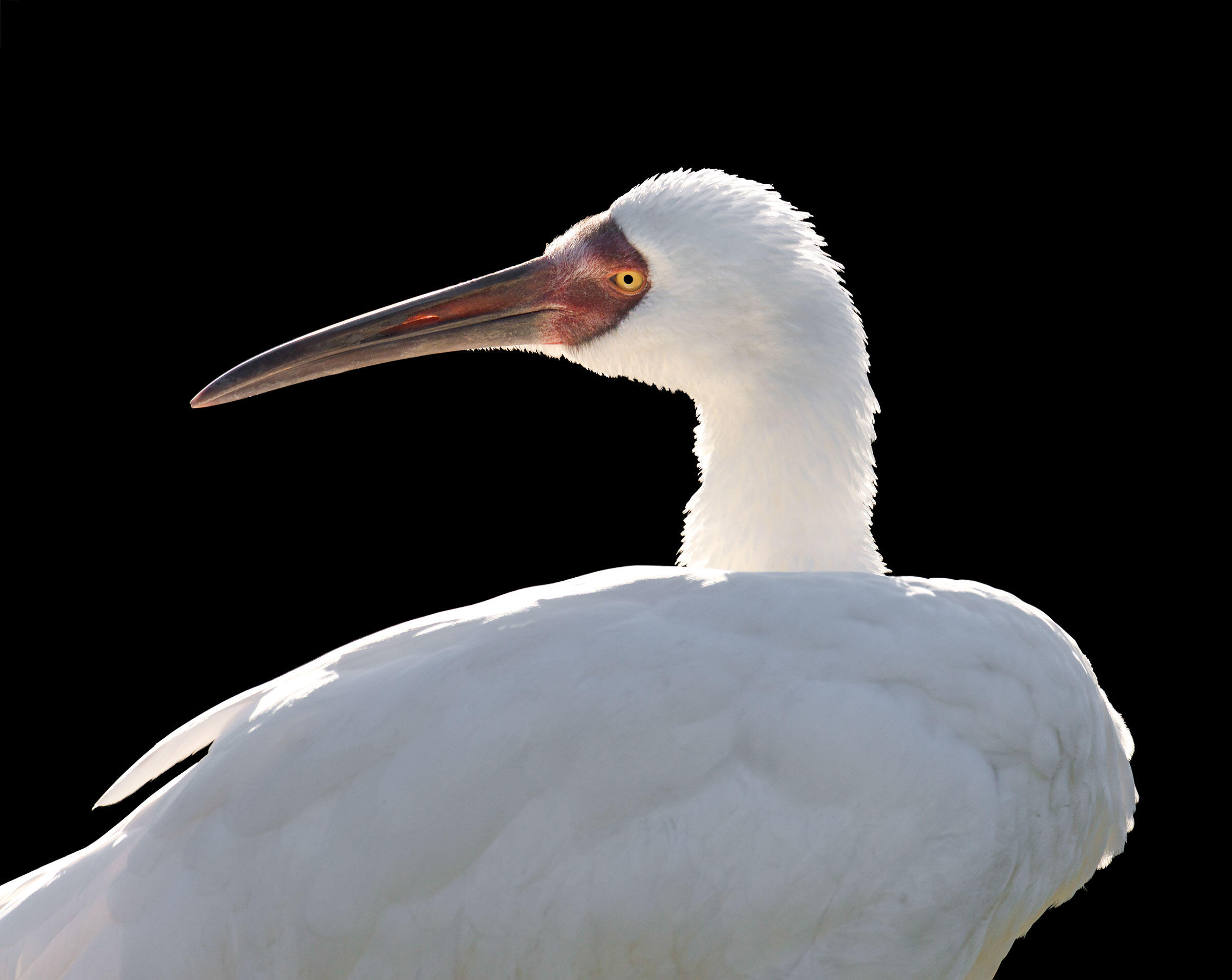 The Siberian Crane is a critically endangered species, numbering at around 3,000 birds. Nearly all of the birds winter at Poyang Lake in China, which is threatened by continuing development, sand mining, and a planned dam. Photo: Ted Thousand 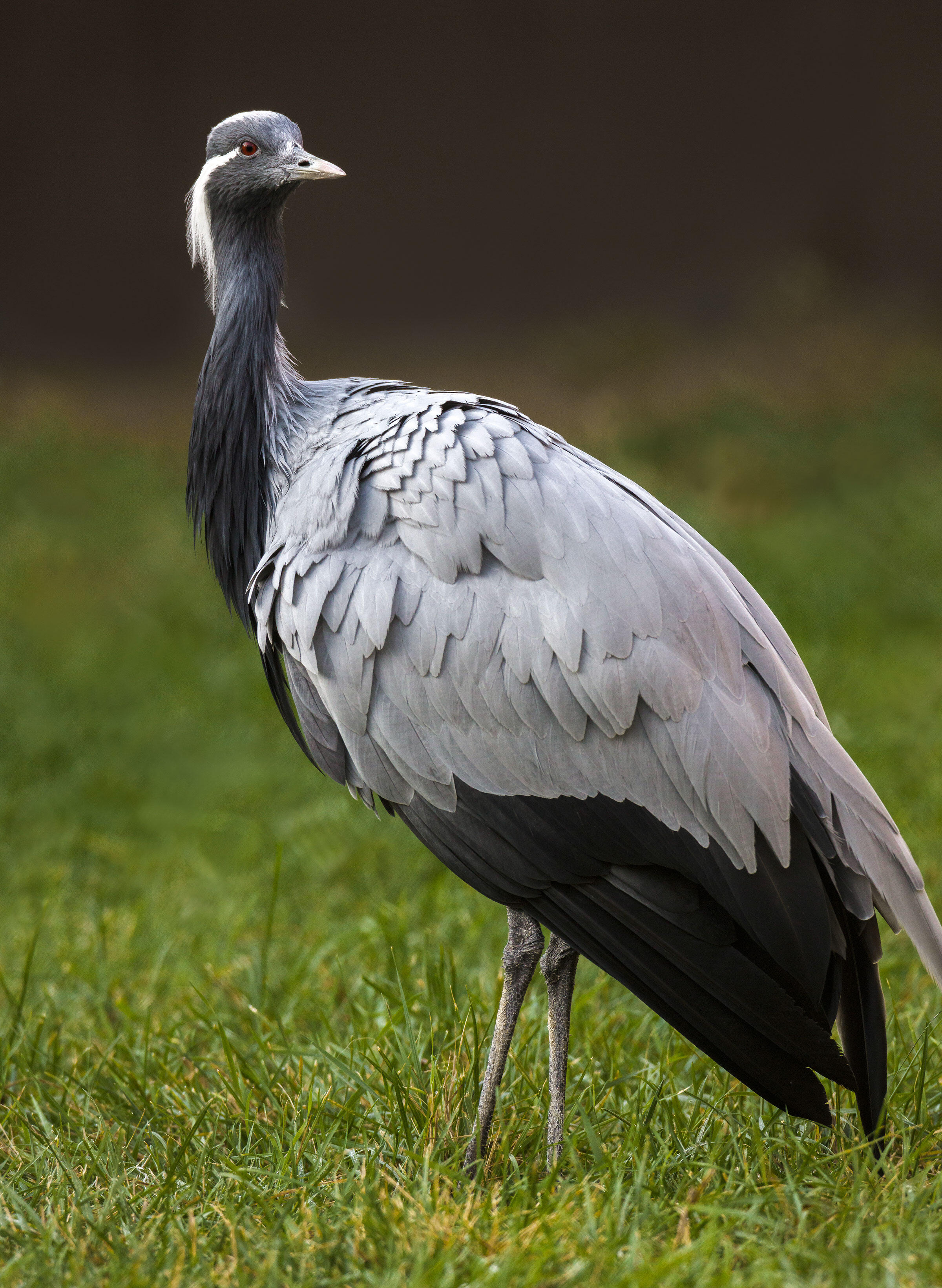 Demoiselle Cranes are the smallest cranes, reaching heights of only three feet. Around 200,000 Demoiselle Cranes live on dry grasslands throughout Eurasia. In several countries, they’re hunted for sport and food. Photo: Ted Thousand 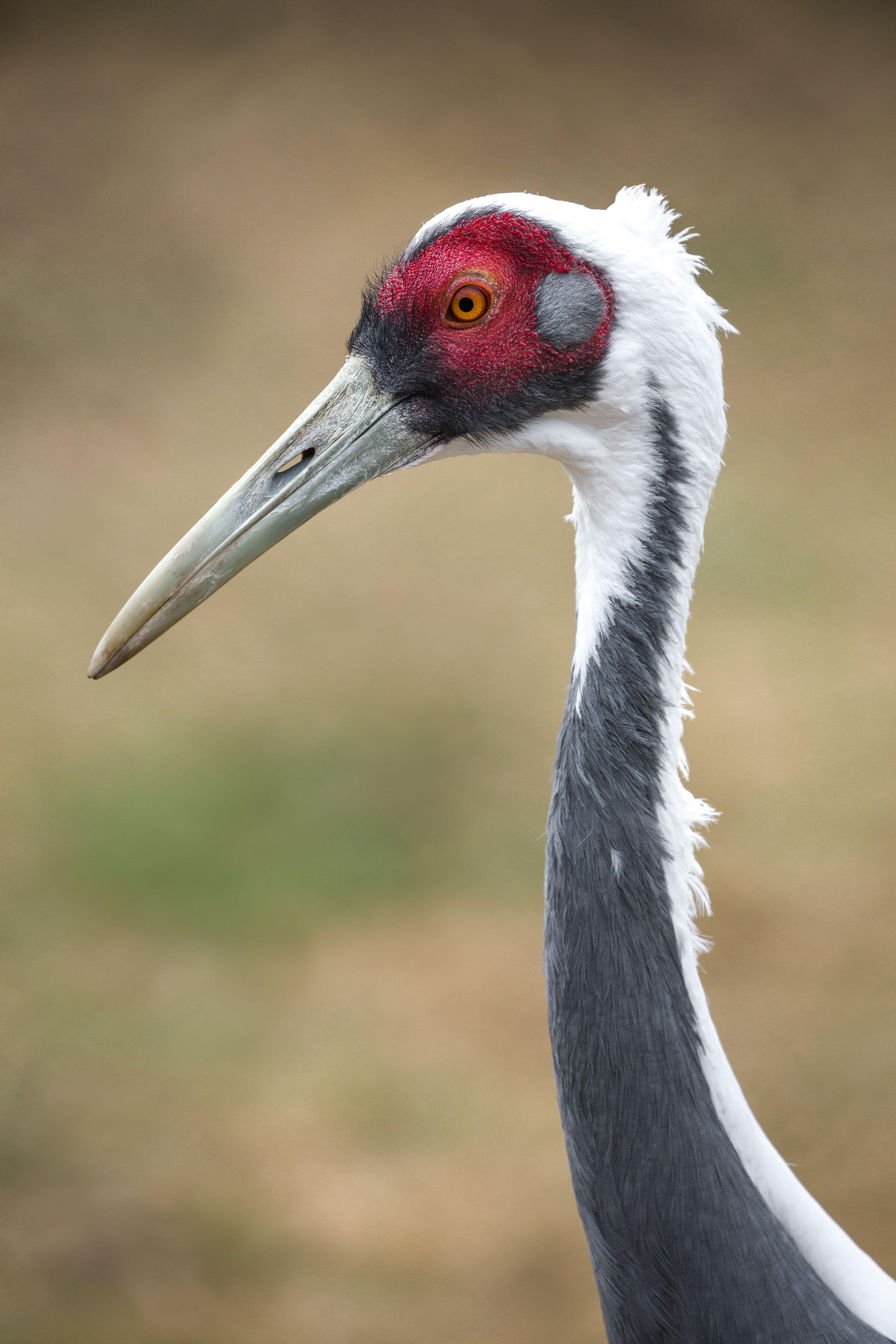 Most of the estimated 5,000 White-naped Cranes breed in wetlands in eastern Mongolia. Hundreds overwinter in the Demilitarized Zone between North and South Korea, and the remainder winter at Kyushu, a Japanese island where they rely on people to provide food. Photo: Ted Thousand

Of all the cranes, Archibald is most concerned about the fate of the Siberian Crane, which, along with the Whooping Crane, has been a major conservation focus for ICF since the beginning. Almost the entire population of around 3,500 birds spends its winters in the wetlands of Poyang Lake, the largest freshwater lake in China. But Poyang Lake is currently shrinking as nearly 2,000 dams on nearby tributaries divert water for human use. “The water levels in the lake are in decline because there is such a demand for water,” Archibald says. Lower water levels mean the cranes' wetland habitat could completely dry up.

Soon, though, Siberian Cranes could face the opposite problem at Poyang. The Chinese government wants to build a dam across the lake’s outflow to retain water. That might sound like a positive, but if water levels are too high, they’ll drown the wetland plants and possibly destroy the wading cranes’ only wintering area. “We are working with our Chinese colleagues to ensure there is a good place for the Siberian Cranes and a plethora of other water birds,” says Archibald, who’s been working on the issue with ICF since 1985.

The trip wasn’t all doom and gloom—Archibald also got to see the fruits of ongoing conservation efforts. In the 45 years that ICF has partnered with Japanese conservation groups to protect wetland habitat, the population of Red-crowned Cranes has grown from 170 birds to more than 1,800—a good sign, considering that the species is a symbol of immortality in many East Asian cultures. And in Bhutan, the winter population of Black-necked Cranes has increased from 300 to 600 birds in the past 20 years, thanks to efforts by local conservation groups, in partnership with ICF, to preserve habitat through ecotourism and an annual crane festival.

But it’s the final crane on the worldwide tour, the focus of Archibald’s career, that might be the biggest success story of all. Whooping Cranes are still the rarest of the 15 species. But with little more than 300 birds living in the wild, it has staged a remarkable recovery from its population low of 15 birds in 1940. In addition to the wild birds that migrate between northern Canada and Texas, ICF, in partnership with conservation organizations such as Audubon Great Lakes, cares for two experimental flocks—a non-migratory flock in Louisiana, and one that migrates between Wisconsin and the southeastern U.S.—for further conservation efforts.

And so this week's Whooping Crane Festival is the perfect homecoming for Archibald, serving as a testament to the success and hardwork of the ICF and other organizations in the U.S. and around the world. Home sweet home, indeed.