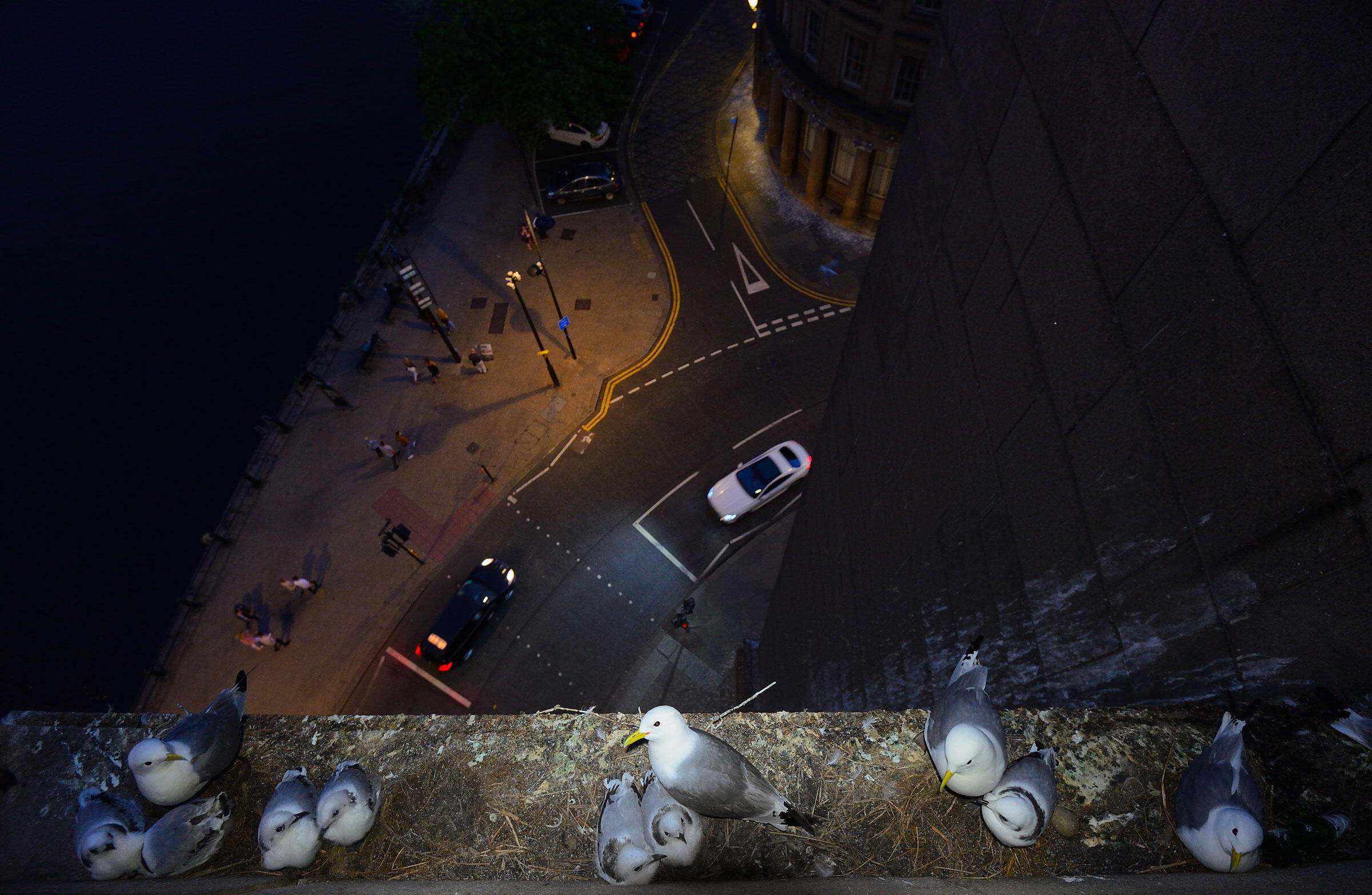 Big-City Birding Is Hotter Than Ever

The Urban Birder gives us the scoop on the budding movement and all the unlikely places you should be looking for birds in.

David Lindo can find the birdy action in any city in the world. From his stomping grounds in London, England, to Cali, Colombia, to Nairobi, Kenya, Lindo has transformed his love of metropolis birds into a universal practice. And he isn’t just stopping there: As the self-prescribed Urban Birder, he’s trying to get millions of other urbanites to pick up a pair of binoculars and join him.

After sparking a U.K. birding movement over the past decade, Lindo is now bringing his message to the international stage with his new guide How to Be an Urban Birder, published in August. At 200-plus pages, the book is a satisfying and accessible read for beginner birders everywhere, and is packed full of photos, illustrations, tips, tricks, and anecdotes. Audubon recently caught up with Lindo to learn more about the art of city birding and his vision for a more cross-cultural community of birders.

Audubon: You say birding is a very sexy pastime. What’s sexy about it?

David Lindo: I see birding as a form of meditation—a way to tune into nature. It’s more than watching birds. It’s spiritual. You don’t have to be an expert; it just makes you feel good.

When I’m with a group that doesn’t know what to expect, I talk about everything but birds. It’s a different way of selling an idea, which also makes it sexy.

A: You’ve championed urban birding since 2006. How’d you personally get turned on to the movement?

DL: In the past birding was just for people who had time and access to the countryside. My parents moved from rural Jamaica to London. Their memories of the countryside were not good, so why would they replicate that in their new home?

As a kid, I was told that you couldn’t see nature unless you went to the countryside—but there was no one to take me. In my early days I watched birds in local city patches while everyone else rushed to the countryside during migration. Instead, I saw the migration happen over a broad area, not just the hotspots.

But city birding still felt like a “poor cousin” to birding in the country, even though cities and towns are where most people live. Thirteen years ago, I decided to sell urban birding as a concept and make it contemporary and easy.

The birds are everywhere. Of the 609 bird species recorded in Britain, the vast majority appeared in urban areas. Even obscure seabirds turn up in London. And birds in cities are more approachable than those in the countryside.

A: In the guide you offer suggestions on how to explore unusual urban environments. Got any good examples from your travels?

DL: I have a story for every city I’ve visited. Take Addis Ababa, Ethiopia; I was there for four days birding the outskirts. In the evening, I persuaded the hotel management to let me on the roof. I lay there with a pillow, watching vultures circle above, when I noticed a vacant lot that looked promising. Turned out it was the local latrine! I had to be careful where I trained my binoculars, but I saw 60 species in four mornings. No one else would see these birds in my “crap patch.”

A: Which of the urban-birding approaches (photography, field sketching, gardening, etc.) from your book do you personally practice?

DL: To write this book I had to try all of them. It took me five years as I feel I carry the mantle for urban birding, and I didn’t want to miss anything.

“I’m appealing to people who don’t want to wear a uniform.”

I photograph, but for me the camera is an additional part of “my squad.” I always carry binoculars. Look at the bird first, and if you have time, photograph it. Try to learn about the bird before getting its picture.

I’m most interested in recording what’s in my neighborhood patch over time. I’ve kept a written list over 10 years and use eBird as well. I tell people to find their own local patch and start looking. Once the knowledge is there, it’s easier to protect that space.

A: The UK has a history of sartorial outdoor flair. Are you trying to appeal to a new audience by mentioning non-traditional outfits in your writing?

DL: Two things: I’m a black guy, and I’m often wearing something different. I try not to wear the classic stuff; there’s no need to deck yourself out in camo. I can wear a pair of shades and be cool and practical. So, I’m appealing to people who don’t want to wear a uniform.

A: Have you noticed younger, more diverse people being attracted to birding in recent years?

DL: Overall, yes. Everyone from the Media Luvvies (celebrities) to the working class to ethnic minorities. I’m trying to popularize it as a black man and to get white people to know birding is for everyone. I want to appeal to all people, full stop.

A few years ago I was a guest instructor for a school in a rough London neighborhood called Southwark. When I showed up the kids were all pissed-off looking, thinking, “Oh, this is going to be boring.” But two hours later, they didn’t want me to leave. They all reported the birding class as their favorite. This one black kid even shared that he was walking with his mates and corrected his friend’s bird identification. He saw the door marked “environment,” and that's what matters most to me.

A: What’s the story behind the cover photo of the fry-snatching jackdaw? It’s perfect.

DL: The cover photo was taken in Sweden. It took me a total of 11 months to find photos of urban birds for the book; not many people show wildlife in that setting. There’s this idea that any bird image must show it perched on the end of a twig, but that’s changing. The contrast between man’s starkness and nature’s beauty . . . that’s urban birding.

How to Be an Urban Birder, by David Lindo, Princeton University Press, 232 pages, $18. Buy it online on Amazon.