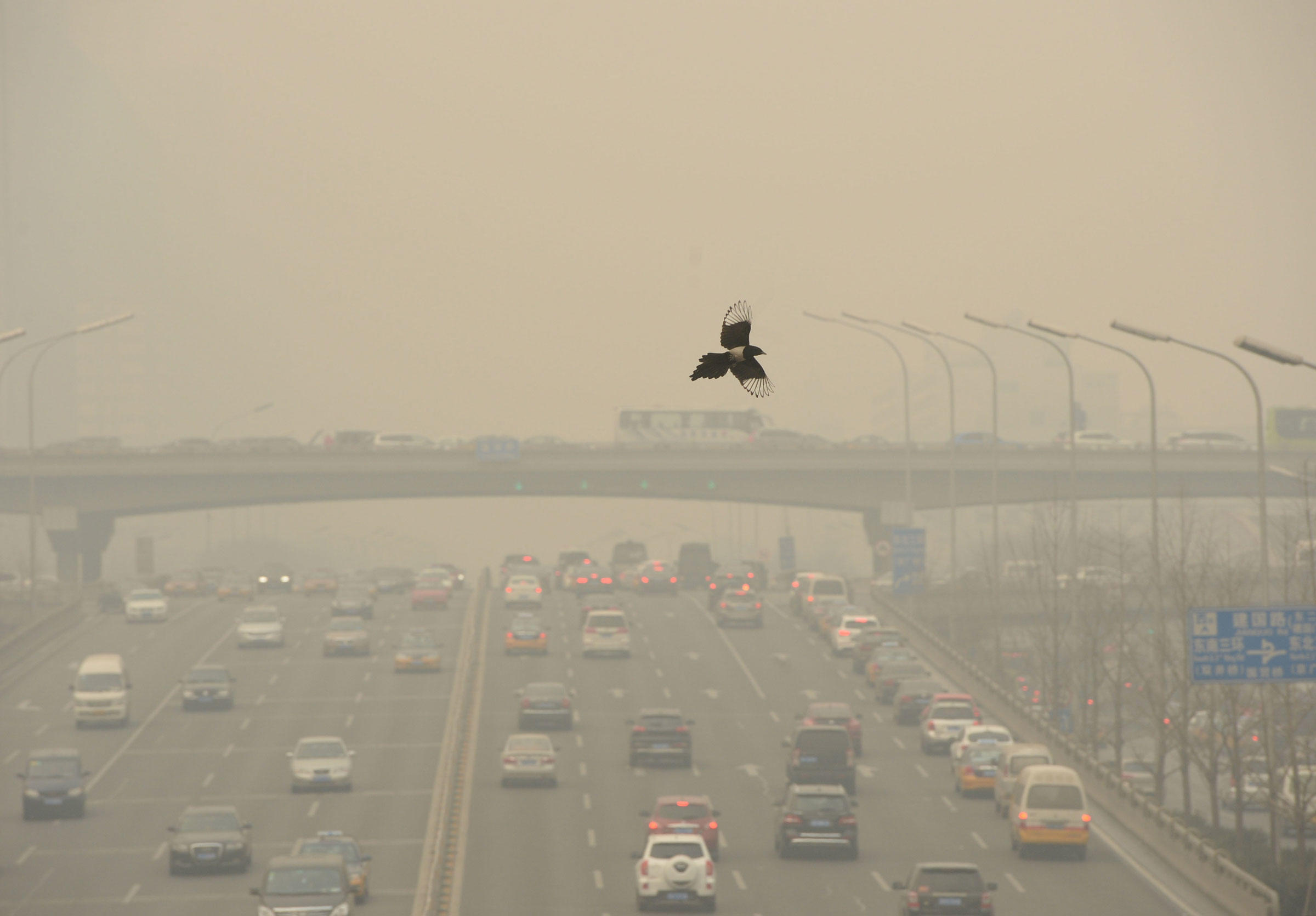 A Common Magpie flies over cars traveling on a road in heavy smog in Beijing, China. Photo: JH photo/Imaginechina/AP

Birding on the Rise in Beijing

Even the city’s notorious pollution hasn’t stopped this growing trend.

Despite Beijing’s infamous levels of smog, birding is more popular than ever in the Chinese capital, according to a recent article in the Los Angeles Times. Fu Jianping, the president of the Beijing Birdwatching Society, tells the paper that the society currently has about 500 members, and between 30 and 50 people attend its weekly bird-watching event, with “new birders coming every time.” Not bad for a hobby that didn’t even exist in China till about 20 years ago, according to Jianping.

Beijing is a major stopover point for wintering birds—such as Spot-billed Ducks and Great Crested Grebes—flying from northern Asia to southeast Asia, Australia, and New Zealand. But it’s not exactly the most hospitable environment: As the article explains, not only does Beijing have high levels of air and water pollution, it's also the experiencing rapid development that has destroyed coastal habitat used by species like the Spoon-billed Sandpiper (of which as few as 100 breeding pairs remain globally).

Fortunately, there are reasons to hope for an environmental turn-around. For one thing, last year China announced plans to close all major coal-fired power plants in the city in order to reduce both carbon emissions and air pollution levels in the city. And there are signs that environmental awareness is on the rise among Beijing’s citizens. Hopefully the growing interest in birding in the region will only help keep that trend moving in the right direction.