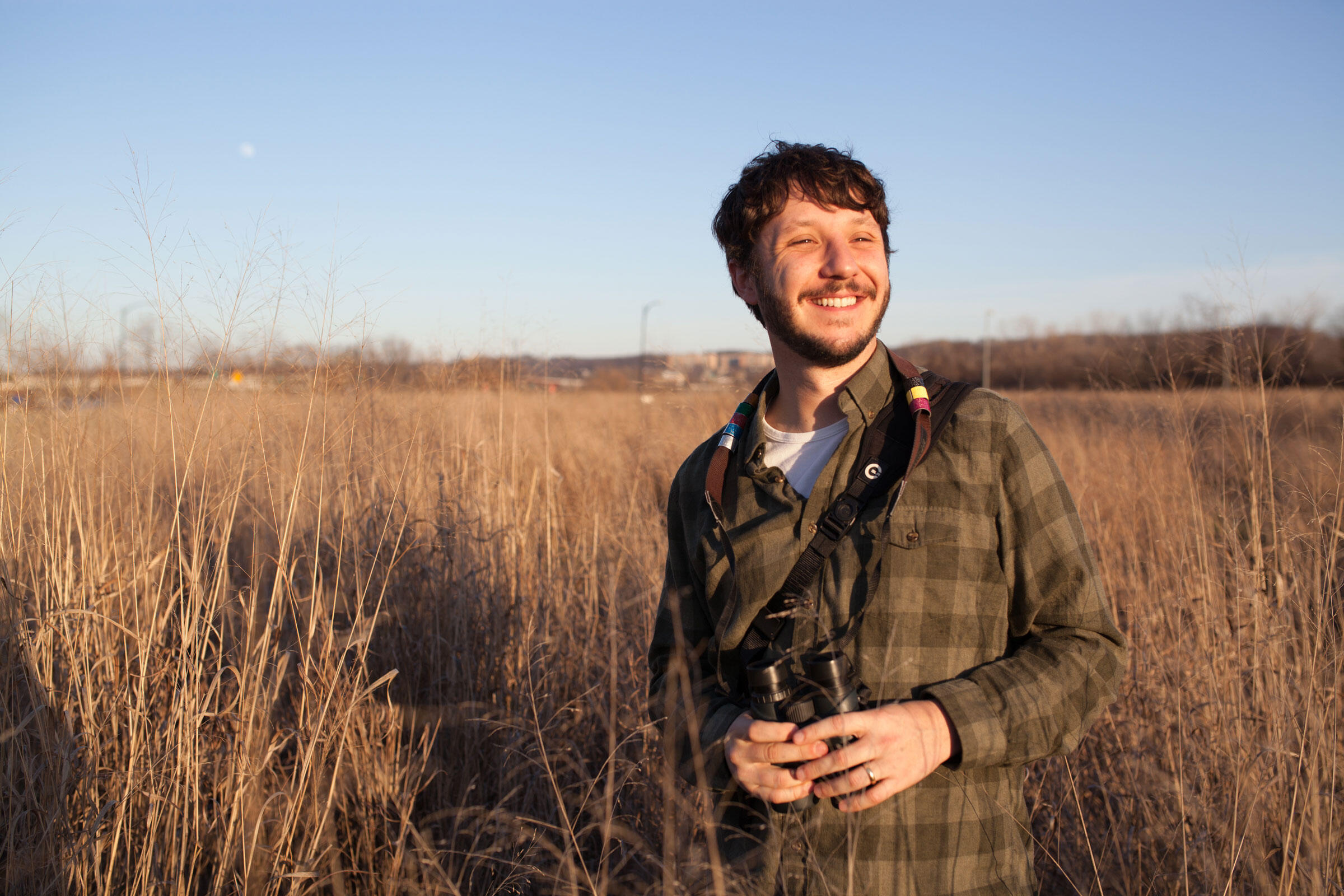 Birdist Rule #1: Spread the Birding Gospel to the Masses

In a new column, Nick Lund (aka The Birdist) explains why you should bird proudly.

Welcome, friends, to a new weekly feature here on Audubon.org: The Birdist’s Rules for Birding. I’m honored to have been asked to appear regularly on your computer screens. Hello! If you don’t yet know me from my previous writing here (go check it out! I talk about Star Wars!), my name is Nick Lund. By day, I am a mild-mannered policy wonk at an environmental nonprofit in D.C., but at night I write things about the world of birds and birding as The Birdist. My nocturnal manners, you ask? Slightly less mild!

So what’s this all about? Primarily, this column is going to be a guide for nascent birders, the “bird curious” among us, if you will, looking to get deeper into the hobby. I remember those early days. For me, a switch flipped unexpectedly just over a decade ago when I picked up a used Peterson in a bookstore outside of Fort Wayne, Indiana. I walked into that store just a dumb ol’ college student and walked out a birder. An infant birder, to be fair, with no mentors, no binoculars, no birding friends, and no idea where to go or what to do, but a birder all the same.

Those first months and years were tough. I was learning as much as I could, but it was all trial and error. The birds were the easy part—it was learning how to actually go birding that was tough. How do I find someone to go with? What do I do if I think I’ve found something rare? What should I wear?!  I think it was two years before I went out in the field with another birder, and even then I was terrified about saying something incorrect.

But it doesn’t need to be that way (heck, it probably didn’t have to be that way for me, I was just shy and this was still pre-Internet-content-explosion). With some simple tips and rules of thumb, new birders can gain the confidence they need to dive right in. This column will be about etiquette. It’ll be about gear. It’ll be about what kinds of places have the best birds, how to find them when you get there, and then how to tell your friends all about it.

But most of all it’ll be about love. Love for birds in all their forms, and love for the weird pastime of searching for as many of them as possible in all the nooks and crannies of this Earth. Which brings us to . . .

The narrative in mainstream culture is that birding isn’t cool. People assume that birding occupies the intersection of a Venn diagram of circles for old people, nerds, and obsessives, a space otherwise occupied only by, maybe, like, competitive bridge players.

It’s a knee-jerk reaction from a general population who’d rather keep up with the Kardashians than learn about the world around them.

But the tide is turning, thanks to a new generation of birders willing to embrace the hobby, quirks and all, and share it with the world. There’s evidence of this everywhere—for every movie that portrays birders as slapstick dunces (the book's great, though), there are now others that take us seriously and show us as real people.  Our ranks are growing, too: Wildlife watchers now outnumber hunters by some 9 million. Birders are busting right out of that Venn Diagram—see some proof right here.

Let’s keep up the momentum. I think half the battle boils down to a simple lack of clarity around a fundamental question: Just what is birding? It’s a tricky question because there isn’t a single answer. For some it’s setting up feeders outside the window. For others it’s meeting friends at the park in spring migration, or participating in the Christmas Bird Count. For the genuinely insane it’s seeing more than half the entire world’s species in one year. But in any of these iterations, it is essentially an expression of a deep love for nature. Birders share a fascination with the natural world, a gratitude for being born a human being on a planet that’s not just the only one in the known universe to support life, but also manufactures binoculars.

So let’s get out there. Spread the gospel. Identify a bird at your neighbor’s feeders. Carry your binoculars in public. Join the Audubon Society. Birds provide an incredible glimpse into the natural world, and how humans are impacting it.  We can help educate the rest of the world about the pleasures of birding, which in the end will be as good for birds as it’ll be for birders. Bird proudly, my friends.

I’ll be here to help ease the bird-curious into the hobby by telling you how to gracefully mis-identify your first bird, how and where to get your first bird tattoo, which birds are hip to hate, and more. In time, you’ll ditch the stereotypes and realize that birders are actually at the center of this, much cooler, Venn Diagram: