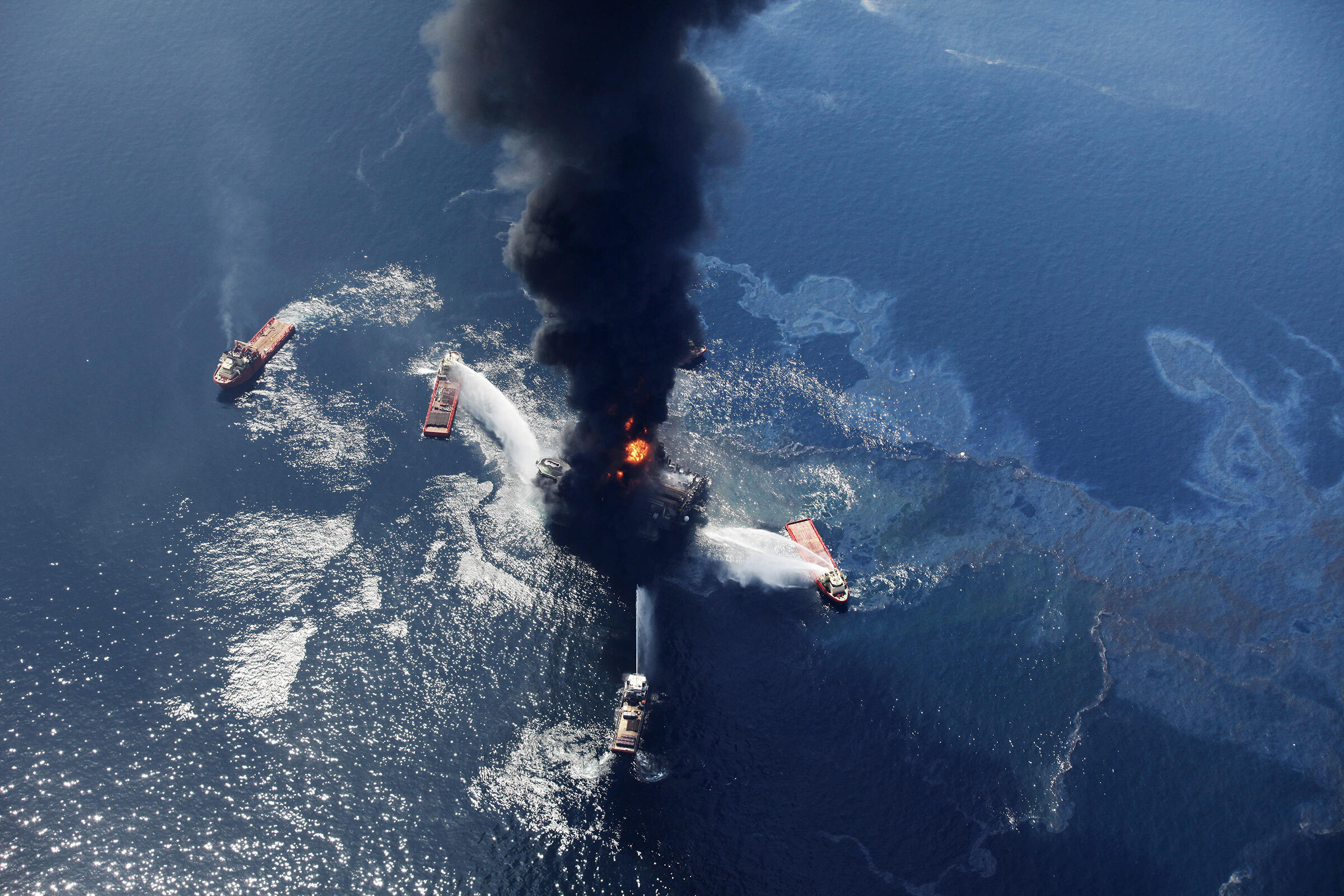 BP to Pay $18.7 Billion in Damages for Deepwater Horizon Spill

The settlement, which will be paid to the federal government and five affected states, is the largest in history.

Five years ago, oil was still flowing from BP’s busted deep-sea well into the Gulf of Mexico, sullying the waters in what would eventually become the largest marine oil spill in U.S. history. The 134 million gallons of oil released during the spill contaminated wildlife, disrupted the surrounding ecosystem, and crushed the local economy. Today, in a legal resolution years in the making, BP agreed to pay $18.7 billion in restorative damages—the largest such settlement in history.

The settlement, which is between BP, the federal government, and the five affected states—Louisiana, Alabama, Florida, Mississippi, and Texas—puts an end to the years-long lawsuit, and ensures that the money BP will pay will reach the Gulf more quickly than it otherwise might have.

“In this case we have seen the federal and states governments’ willingness to hold the oil company responsible and get payment in a quick turnaround,” says Brian Moore, legislative director for the National Audubon Society. Moore contrasted this settlement with the litigation around the 1989 Exxon Valdez oil spill, which dragged on for years after the spill.

The settlement follows last September’s federal ruling that the company was grossly negligent leading up to the spill. This is a comprehensive settlement that covers several outstanding civil suits, including one brought under the Clean Water Act, as well as the individual state suits. Of the $18.7 billion payout, $5.5 billion will be paid under violations to the Clean Water Act and will be distributed under the terms of the RESTORE Act. A further $7.33 billion will cover the effects outlined by the federal government’s Natural Resources Damage Assessment of the spill, and $4.9 billion will be paid to individual states.

BP accepted criminal responsibility for the explosion in 2012, and has already paid $2.6 billion on those charges. The company has also already funneled at least $1 billion into the RESTORE Act, and has said that its total spill-related costs may exceed $42 billion, the Associated Press reported.

"You break it, you pay for it—that's how this is supposed to work,” Audubon President and CEO David Yarnold said in a statement. “Now Gulf Coast restoration can begin in earnest. It's time to heal the wounds that BP tore in Gulf Coast ecosystems and communities.”

While the details are still being determined, BP will likely make payments to both the state and federal governments over the course of 16 to 18 years. The full timetable will be negotiated during the next 30 days as the settlement is finalized. How exactly the money will be spent is still to be determined, and will largely be under the discretion of the various government entities, but it is is likely to go to both environmental restoration and economic development in the region.