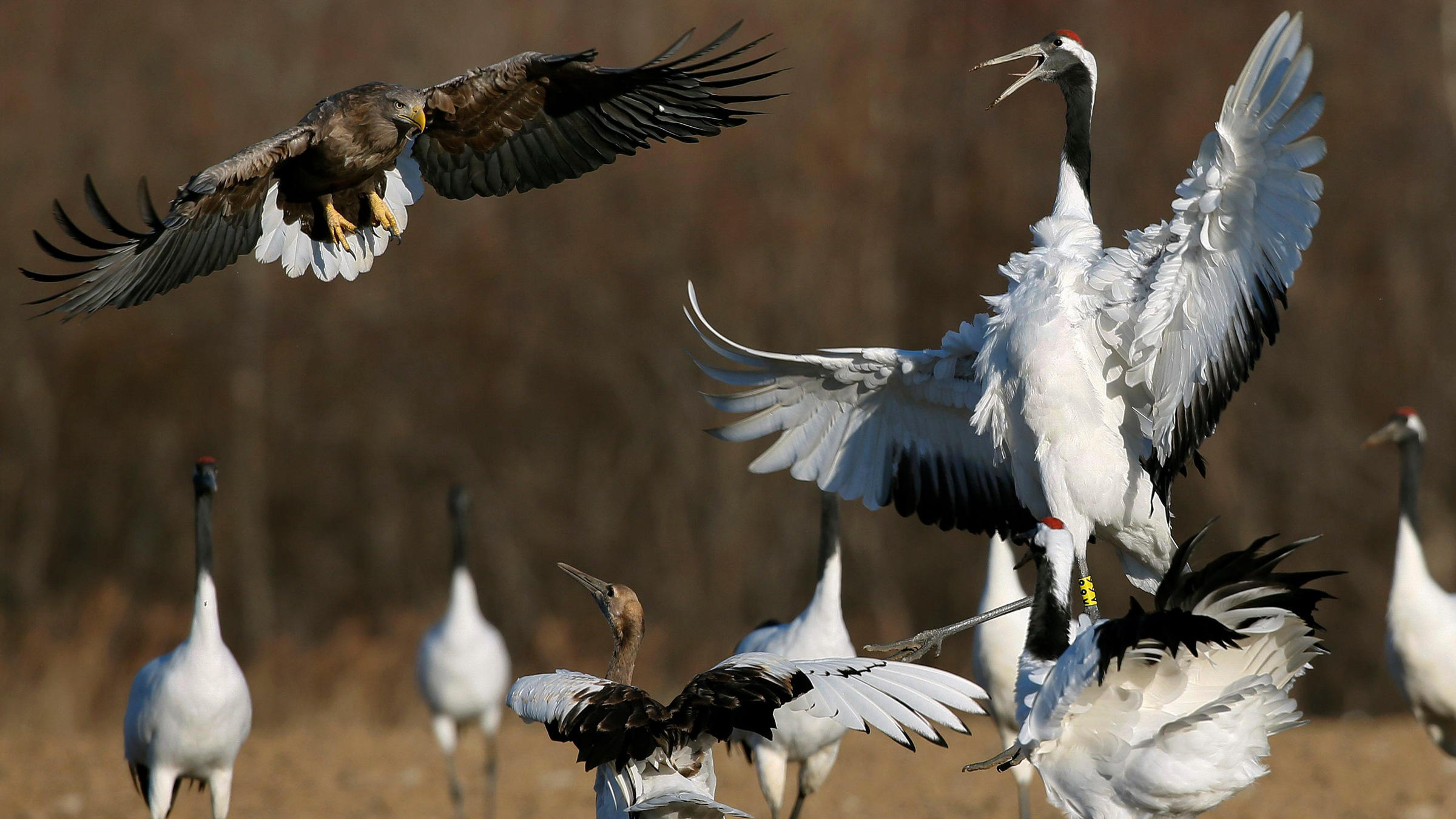 Cranes may be a symbol of peace, but they know how to defend themselves when threatened. The Red-crowned Crane above is employing a classic defense—puffing up to look as large as possible—to fight off the White-tailed Eagle who's after its food.

Last Saturday, a similar drama unfolded after strong winds blew an endangered Red-crowned Crane into a tiger enclosure at the Fuyang Wildlife Park in China’s Zhejiang province. Go ahead and place bet on who wins in a matchup between one endangered crane and two tigers.

If you put your money on the crane, not the cats, we tip our caps to you—the crane totally pwned this tiger double-team.

Audubon’s field editor Kenn Kaufman explains that since this species is native to eastern Asia—Russia, China, Korea and Japan, to be exact—historically, it would have crossed paths with tigers in the wild.

“This kind of encounter wouldn't have been likely to happen often, simply because a crane could usually just fly away. However, if the cranes were defending a nest or flightless young, they might have used this kind of behavior,” Kaufman says.

Its Western cousins have been known to employ similar moves. In North America, “Sandhill Cranes confronting predators have been seen displaying the same kinds of behaviors as the crane in the video: partially spreading the wings, standing tall, and lunging forward while stabbing with the bill, sometimes also leaping up and kicking with both feet,” Kaufman says.

The fearless Red-crowned Crane captured in the video made it out of the tiger enclosure safe and sound, but the species itself has been listed as endangered since the ‘70s. Fewer than 3,000 are left in the wild—the biggest threat to the ones that remain aren’t not predators, but the loss of wetland habitat.