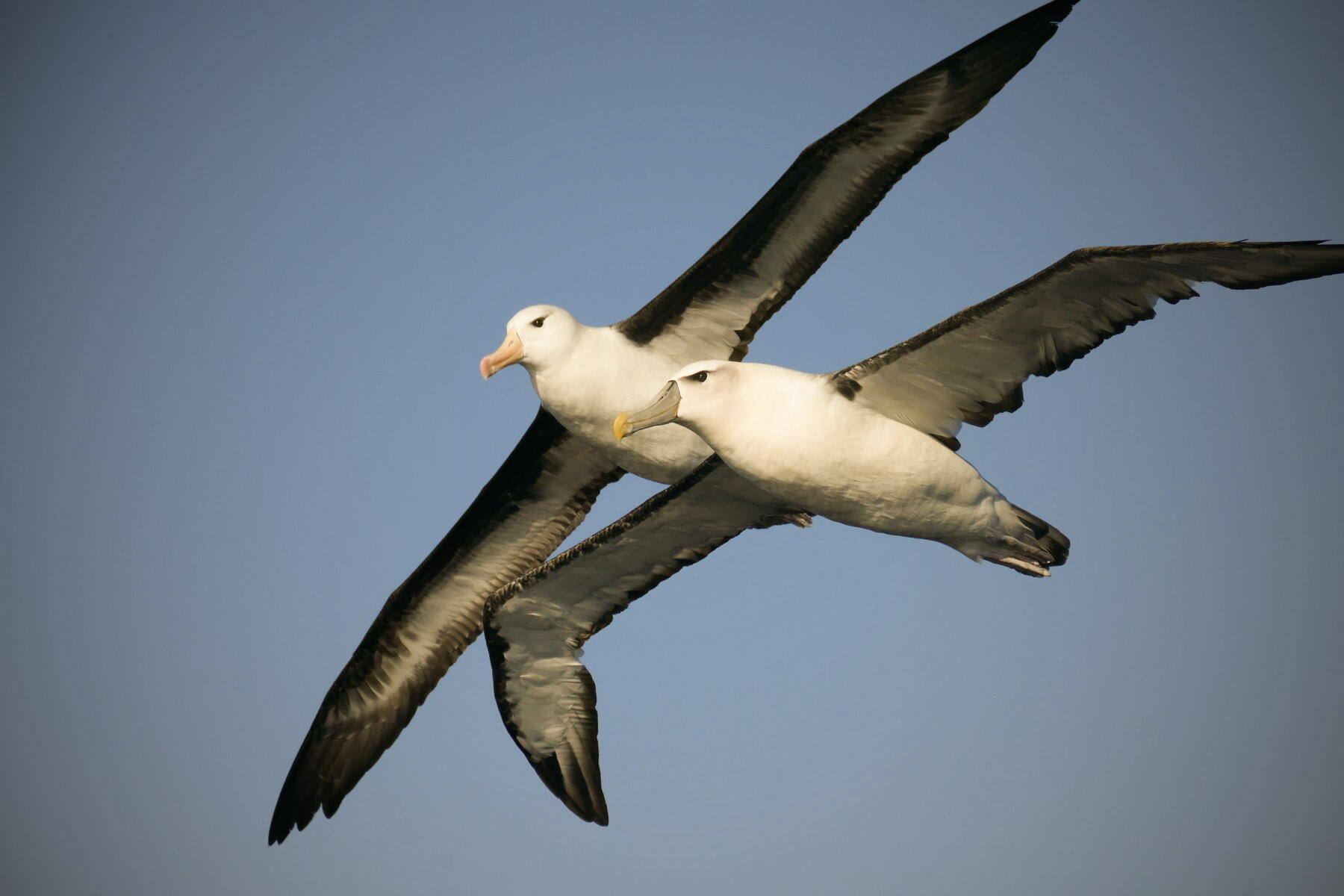 A day with albatrosses off the Cape of Good Hope.

July 26, 2015, Bredasdorp, South Africa — To coincide with my visit, Callan arranged an offshore boat trip yesterday so I might add a few seabirds in South Africa. The sea was too heavy to go out, though, so the trip got bumped to today. This morning, the wind magically died to a light breeze. It was a perfect day to spend on the ocean.

Callan dropped me in False Bay and bid adieu—he arranges a couple dozen pelagic trips for birders in South Africa each year but gets famously seasick himself, so doesn’t often go offshore. Half a dozen other birders met at the dock this morning and, led by a captain named Alan and a gregarious seabird guide named Cliff Dorse, we motored south on a very small boat named Destiny, around the Cape of Good Hope, and into the southern Atlantic Ocean.

In this part of the world, seabirds concentrate around hake fishing trawlers. When the trawlers pull in their nets, birds dart around the edges for scraps of fish, sometimes by the thousands—it’s a spectacle! Today we lucked out and found a fleet of eight trawlers 15 miles offshore, closer to the Cape than they usually hang out, with big flocks of birds around the boats. [According to Cliff, most of these trawlers operate relatively responsibly. They had set tori lines to keep seabirds from getting tangled, and seemed to pose little direct danger to the birds. Long-liners remain an issue, especially for White-chinned Petrels which can dive deep enough to get hooked on baited lines.]

I encountered many of the same birds when I crossed the Drake Passage at the beginning of this year, and seeing them again today was like saying hi to old friends: Southern Giant-Petrels, Antarctic Prions, Black-browed Albatrosses, Wilson’s Storm-Petrels, Sooty Shearwaters, Kelp Gulls, and Brown Skuas. About a hundred Cape Petrels were in the mix, and I couldn’t help but remember this past New Year in Antarctica, when a Cape Petrel became my first bird of 2015. I haven’t seen one since the first week of the year, and it’s hard to believe nearly seven months have passed since then!

The trip didn’t produce many new sightings for me—I added White-capped Albatrosses, an Indian Yellow-nosed Albatross, and some Crowned Cormorants at the dock. Still, it was a great day at sea, calm and sunny with a gentle two-meter swell. Besides birds, we found a couple of humpback whales, a large pod of common dolphins, and some fur seals. If you are ever interested in a pelagic trip off South Africa, look up Cape Town Pelagics (www.capetownpelagics.com); they run regular trips throughout the year and donate all profits to albatross conservation.