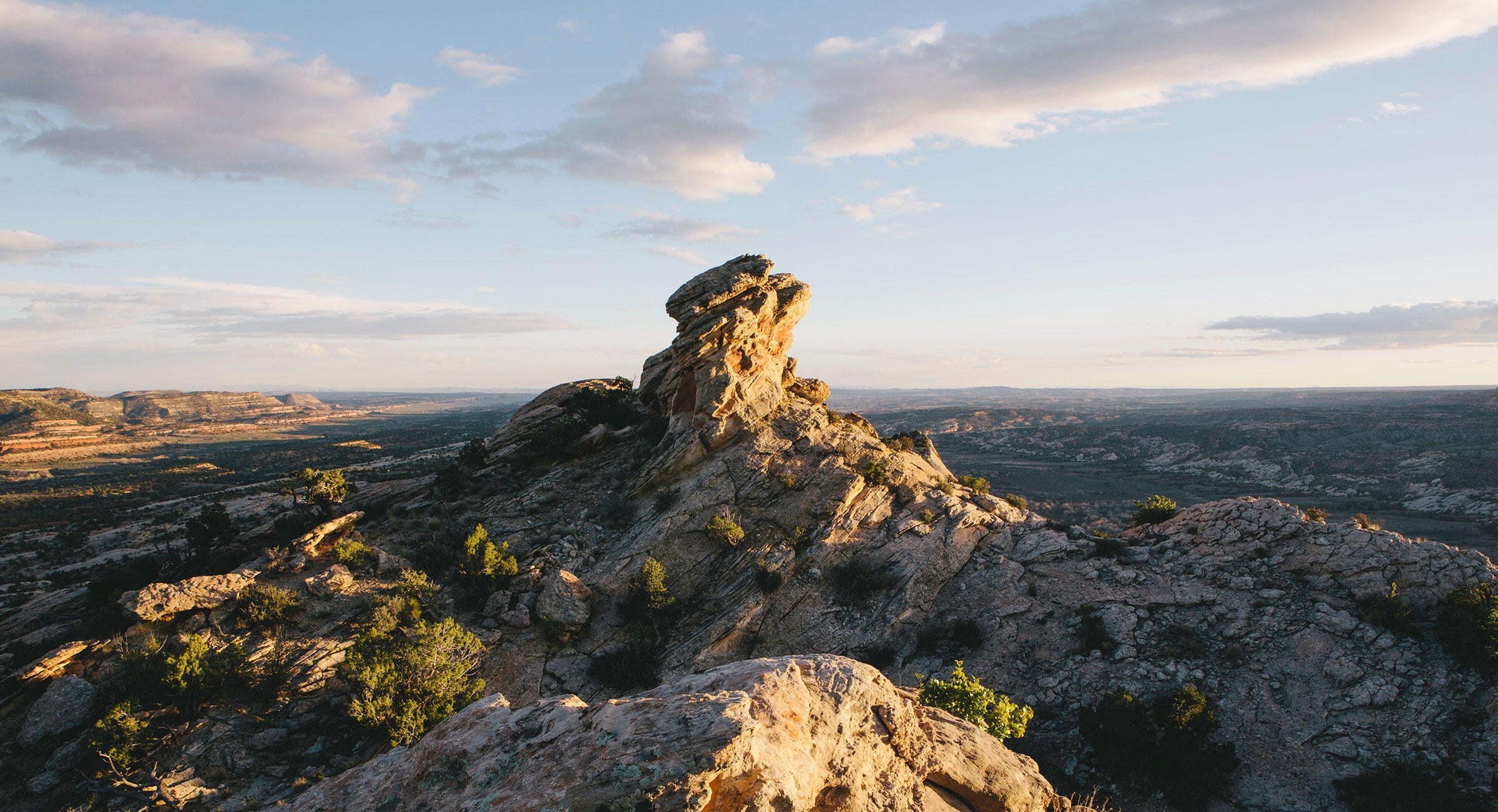 The president gutted Bears Ears and cut Grand Staircase-Escalante in half, but experts say he’s on shaky legal ground.

After months of rumors, leaked memos, and unverified reports, President Trump today announced his decision to cut some two million acres from a pair of national monuments in Utah, making official what conservation and tribal groups have feared. The decision—which opponents will challenge in the courts—could open the door to oil and gas drilling, coal and uranium mining, logging, and other development, raising concerns about what effect those activities will have on wildlife and sacred tribal sites on these and other public lands.

During a brief visit to the Utah Capitol, the president announced he is shrinking Bears Ears National Monument by 83 percent, from the 1.35 million acres set aside by Barack Obama in 2016 to 228,784 acres. Trump also is cutting Grand Staircase-Escalante National Monument—created in 1996 by Bill Clinton—nearly in half, from 1.9 million acres to just over one million acres. The acreage slashed from Bears Ears is larger than the preliminary figures reported over the summer.

The proclamations Trump signed not only diminish the protected acreage but also divide it, with Bears Ears split into two separate monuments and Grand Staircase-Escalante carved into three. The redrawn boundaries mean that significant archaeological sites—and significant coal, uranium, and oil deposits—now lie outside the monuments.

Trump argued that his predecessors have exploited the 1906 Antiquities Act, which gives presidents the power to create monuments on federal land through proclamations that often restrict industrial activities. “Past administrations have severely abused the purpose, spirit, and intent of a century-old law known as the Antiquities Act,” he told a gathering of supporters, “and used the law to lock up hundreds of millions of acres of land and water under strict government control.”

But conservationists take the opposite view, maintaining that the president's move runs counter to the spirit of the Antiquities Act and public opinion, and puts wildlife at risk. “This unprecedented perversion of the Antiquities Act is a national stain on a record that goes back more than one hundred years,“ David Yarnold, Audubon president and CEO, said in a statement. “Reversing a century of conservation foresight to cater to extreme interests leaves everyone poorer and sets a dangerous precedent.”

Thousands rallied in Salt Lake City over the weekend to oppose the decision. Great Salt Lake Audubon has been outspoken in opposing changes to Bears Ears, calling it one of the most significant archaeological areas in the country, and noting that it contains the largest contiguous critical habitat for the Mexican Spotted Owl. More than 200 bird species can be found in Grand Staircase-Escalante, including the endangered Southwestern Willow Flycatcher and California Condor. Bears Ears provides habitat for Golden Eagles, Hairy Woodpeckers, Mountain Bluebirds, and many other species.

A coalition of tribal groups that lobbied for creating Bears Ears also rebuked the president’s decision, saying it wipes out protection for numerous sacred sites. “An action to diminish the Bears Ears National Monument in any way will be an action against the Navajo Nation and the Navajo people who have worked so tirelessly to protect these lands,” Russell Begaye, president of the Navajo Nation, said in a statement. “Just as the Navajo Nation fought for the creation of the monument, the Nation now stands ready to defend the full 1.35-million-acre monument.”

Political leaders in Utah have been among the most outspoken critics of the monuments, calling their creation through the Antiquities Act executive overreach. However, a majority of Utahns want the monuments to remain unchanged, according to an annual Conservation in the West survey released by Colorado College. Additionally, more than 99 percent of Americans who weighed in during a public comment period opposed eliminating or shrinking them.

There’s a good chance Trump isn’t done diminishing national monuments. As Audubon reported, Secretary of the Interior Ryan Zinke in September recommended shrinking Gold Butte in Nevada and Cascade-Siskiyou in Oregon along with the two axed today. Zinke also called for lifting restrictions on “traditional uses” such as grazing, timber harvesting, and coal mining, and opening marine monuments to commercial fishing. Trump called on Zinke’s department in April to review monuments of 100,000 acres or more established through the Antiquities Act by the previous three presidents.

Legal experts say it’s not certain that Trump has the authority to shrink national monuments. “These are going to be the first diminishments of monuments that are challenged in the courts,” says Mark Squillace, a natural resources law professor at University of Colorado Boulder. “The Antiquities Act gives the president the authority to reserve land, but it says nothing about the power to modify or revoke.” (He argued as much in a legal paper published in May under the unambiguous title, “Presidents Lack the Authority to Abolish or Diminish National Monuments.”) The administration’s “repeal and replace” approach of abolishing two monuments and creating five new ones, rather than just shrinking them, could come back to bite it in the courts, Squillace adds.

Steve Bloch, legal director for the Southern Utah Wilderness Alliance, uses the same phrase to outline his group’s position. “Our view of what Trump is trying to do is akin to a ’repeal and replace’ approach to the monuments,” he says. “Though he’s trying to pitch it as modifications or diminishments, they’re clearly not. He’s essentially scrapping the Bears Ears monument and creating two smaller monuments.” A federal judge in 2004 dismissed a challenge to Clinton’s creation of Grand Staircase-Escalante, Bloch adds, ruling that the monument’s boundaries were drawn as narrowly as possible to protect archaeological sites, fossils, and other items of scientific and historical value.

Bloch says his group—along with national environmental organizations, outdoor retailers, and tribal bodies—will file suit to oppose Trump’s decision. “Within days,” he says, “if not hours.”