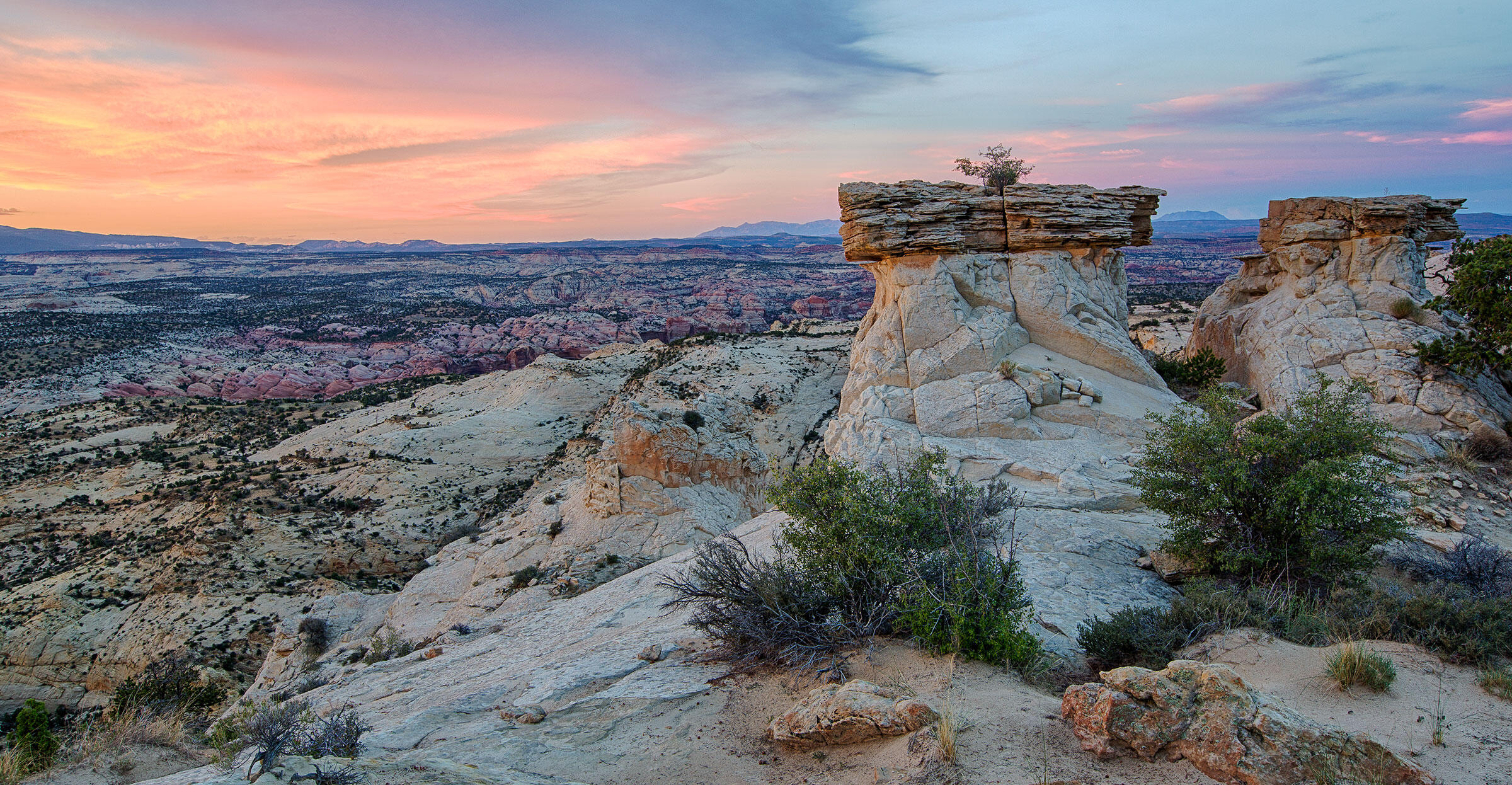 A leaked memo shows the Interior Secretary wants to shrink four western monuments and overhaul management of six others.

Nearly a month after Secretary of the Interior Ryan Zinke submitted his recommendations from his review of national monuments to President Trump, we finally know what those recommendations are.

To recap, back in April, President Trump ordered the Department of the Interior to review monument designations of 100,000 acres or more made under the Antiquities Act since 1996, citing what he saw as an overreach by recent presidents at the expense of timber producers, coal companies, and other commercial interests. Zinke submitted his recommendations to Trump on August 24, but they have since been kept under wraps. As Audubon noted last month in our roundup of rumored recommondations, it was “a strange end to an unusual process.”

Now there's no longer need for rumors. On Sunday the Washington Post published a leaked copy of Zinke’s 19-page memo. Most noteworthy is its recommendation that Trump shrink four western monuments: Bear’s Ears and Grand Staircase-Escalante in Utah, Cascade-Siskiyou in Oregon, and Gold Butte in Nevada. Zinke doesn't specify how much should be trimmed from those monuments, but he argues that their sheer size creates "significant management challenges" and limits other uses like grazing and logging.

As Audubon previously reported, those monuments include a designated Important Bird Area and other vital habitat. Grand Staircase-Escalante boasts more than 200 bird species, for example, and Northern Spotted Owls rely on the old-growth forests of Cascade-Siskiyou. The recommendations mostly track with the reports we heard in August, though Nevada's Basin and Range National Monument—which Senator Dean Heller (R-NV) said would see "minor adjustments"—isn't targeted for changes in the memo.

In those monuments and six others, Zinke also calls for lifting restrictions on “traditional uses” such as grazing, timber harvesting, and coal mining. For example, the memo advises amending President Barack Obama’s 2016 proclamation establishing Katahdin Woods and Waters National Monument in Maine “to promote a healthy forest through active timber management.” Katahdin is an important refuge for migrating birds and one of the few patches of habitat along the U.S. East Coast for boreal birds such as Spruce Grouse.

Zinke also recommends allowing timber harvesting in Cascade-Siskiyou, access over which lumber companies sued the government in February. And finally, he proposes management changes at Organ Mountains-Desert Peaks and Rio Grande Del Norte in New Mexico, where—as he recommends for other monuments—he calls for changes “to protect objects and prioritize public access; infrastructure upgrades, repair and maintenance; traditional use; tribal cultural use; and hunting and fishing rights.”

Along with lifting restrictions on land, Zinke recommends that Trump open up three marine monuments to commercial fishing. For two of them, Pacific Remote Islands and Rose Atoll in the Pacific, Zinke also recommended redrawing their borders. Rose Atoll provides habitat for 12 species of federally protected migratory seabirds, and Pacific Remote Islands and its adjacent area supports the endangered White-throated Storm-Petrel and some of the largest colonies of Sooty Terns, Lesser Frigatebirds, and other seabirds in the U.S.

The third marine monument is Northeast Coral Canyons and Seamounts Marine National Monument, a roughly 4,000-square-mile sanctuary 130 miles southeast of Cape Cod. Lifting fishing restrictions there would be particularly worrisome because, as Audubon research first discovered, it’s where Atlantic Puffins spend their winters, feeding on fish and krill in the area’s nutrient-rich waters.

Perhaps the biggest surprise in the memo is Zinke’s proposal for adding three new national monuments. One is the 130,000-acre Badger-Two Medicine area in the secretary’s home state of Montana, a rugged landscape bordering Glacier National Park that is culturally significant for the Blackfeet Nation. The other two are important historical sites: the Jackson, Mississippi home where NAACP leader Medgar Evers was assassinated, and Camp Nelson in Kentucky, where African-American soldiers trained during the Civil War.

The memo presents these proposed sites as opportunities to clarify the criteria for designating national monuments. Zinke writes in the memo’s introduction that recent administrations have interpreted the Antiquities Act broadly in designating monuments, and argues that wielding the Act to protect landscapes or biodiversity goes beyond its intent of safeguarding “objects of historic or scientific interest.”

Conservationists, though, might argue that intact ecosystems are scientifically interesting and part of the long history of monument creation, going back to Muir Woods in 1908. Furthermore, 2.8 million people submitted comments urging the administration to leave the monuments alone, demonstrating their support for this use of the Antiquities Act. But despite these voices, Zinke has made his recommendations, and now the decision to act on them sits solely with President Trump.

Audubon is a nonprofit that depends on the generosity of readers like you. To support our journalism, please make a donation today.