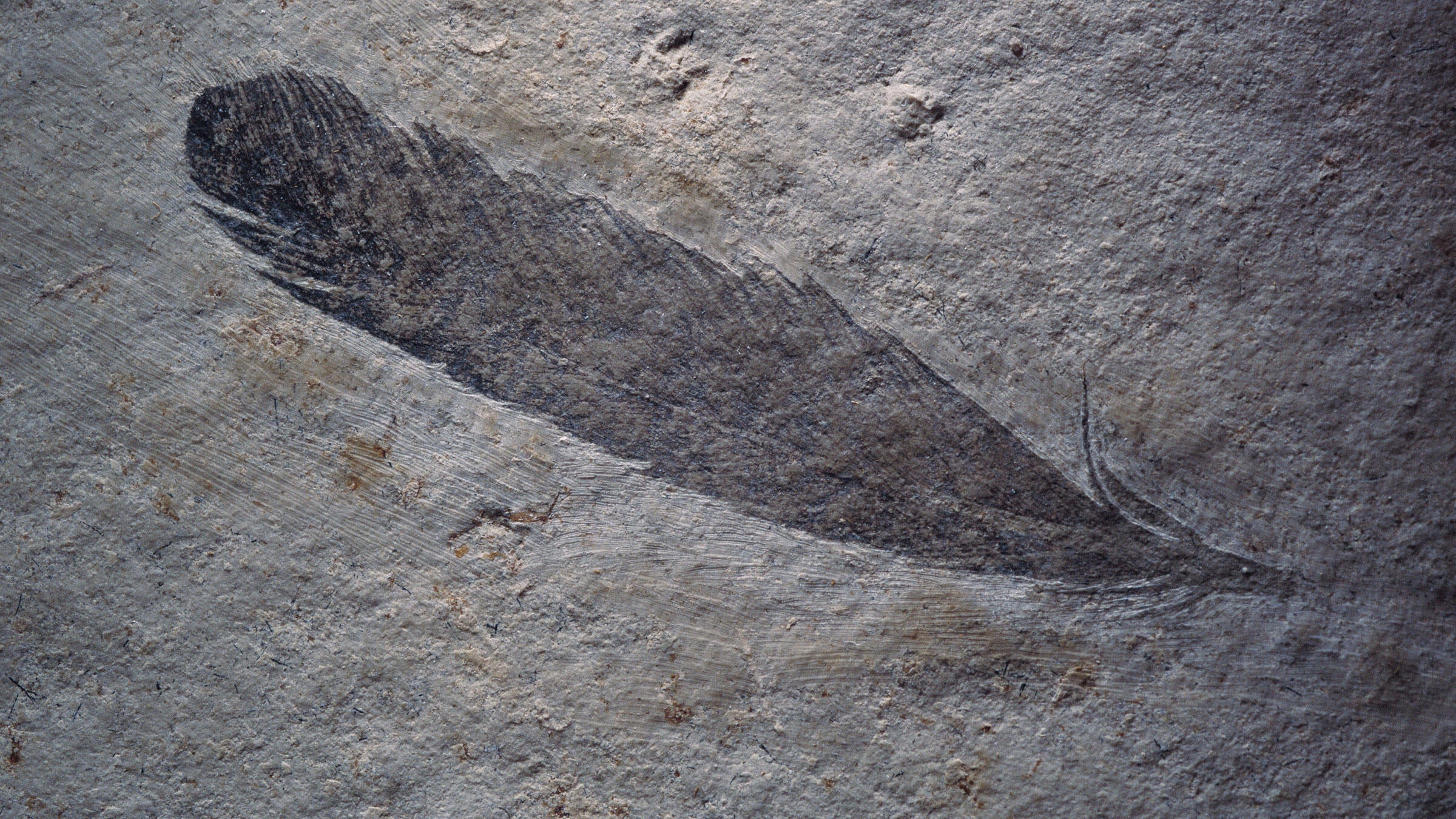 Did Dinosaurs Have Feathers?

All dinosaurs had the tools needed for feather production, a study reveals.

Dinosaurs' feathers may not have looked exactly like the avian plumage of today, but dinos had the necessary feather-building genes. Photo: O. Louis Mazzatenta/National Geographic Creative

The idea that dinosaurs were scaly is old news now that researchers are unearthing more and more fossils of feathered Jurassic beasts. A recent study on the genetic history of birds provides an additional line of evidence suggesting that even the fiercest of dinosaurs were feathery—or at least fuzzy.

Creating a feather requires the right genes. It turns out that all dinosaurs had a complete feather-building toolkit, according to a study published on Nov. 18 in the journal Molecular Biology and Evolution.

“We reconstructed all dinosaurs as having all of the genes known to be involved in feather development in living birds,” says Julia Clarke, an associate professor at the University of Texas at Austin who co-authored the study.

Researchers compared the genetic codes of five different birds with that of 14 other animals including reptiles, fish, amphibians, and mammals. In particular, they scanned for sequences that birds shared with each other, but with no other living animals. When they compared these bird-specific genes with the list of 193 genes known to be involved in feather development, they found that these data sets overlapped completely.

The overlap indicates that all of these feather genes came from the ancestors of birds: dinosaurs. It’s impossible to check dinosaurs’ DNA to see if the genes show up there, though—genetic material breaks down too quickly for any dino DNA samples to still be viable for analysis.

While the research suggests this ancient set of genes creates modern bird feathers, that doesn’t necessarily mean all dinosaurs had feathers like the ones we see on birds today.

“Many of the building blocks used to construct feathers are shared with species as divergent from birds as humans, but how those building blocks are put together has been heavily modified in birds,” says Craig Lowe, a researcher at Stanford University and lead author of the study.

Evolution is very thrifty, constantly finding new uses for genes and structures that already exist. The genetic toolkit may have produced a different kind of feather at first. Many dinosaurs were likely covered in a sort of “dino fuzz,” made of simple unbranched filaments, Clarke says.

“Complex new structures like feathers don't just develop one day, but are assembled based on a network of genes that evolved long before, for totally different purposes,” says Stephen Brusatte, a researcher at the University of Edinburgh who was not involved in the study.

Those simple, fuzzy proto-feathers may have been useful for insulation or attracting mates, the researchers think. One thing the researchers are sure they wouldn’t have helped with is flight—unlocking this potential required more time to evolve.

“This is beautiful evidence that tells us something about how evolution works over long timescales,” Brusatte says.

Editor’s Note: Read more about the relationship between dinosaurs and birds from Audubon Magazine: Which Came First: The Dinosaur or the Bird? and Raising Dinos From the Dead.