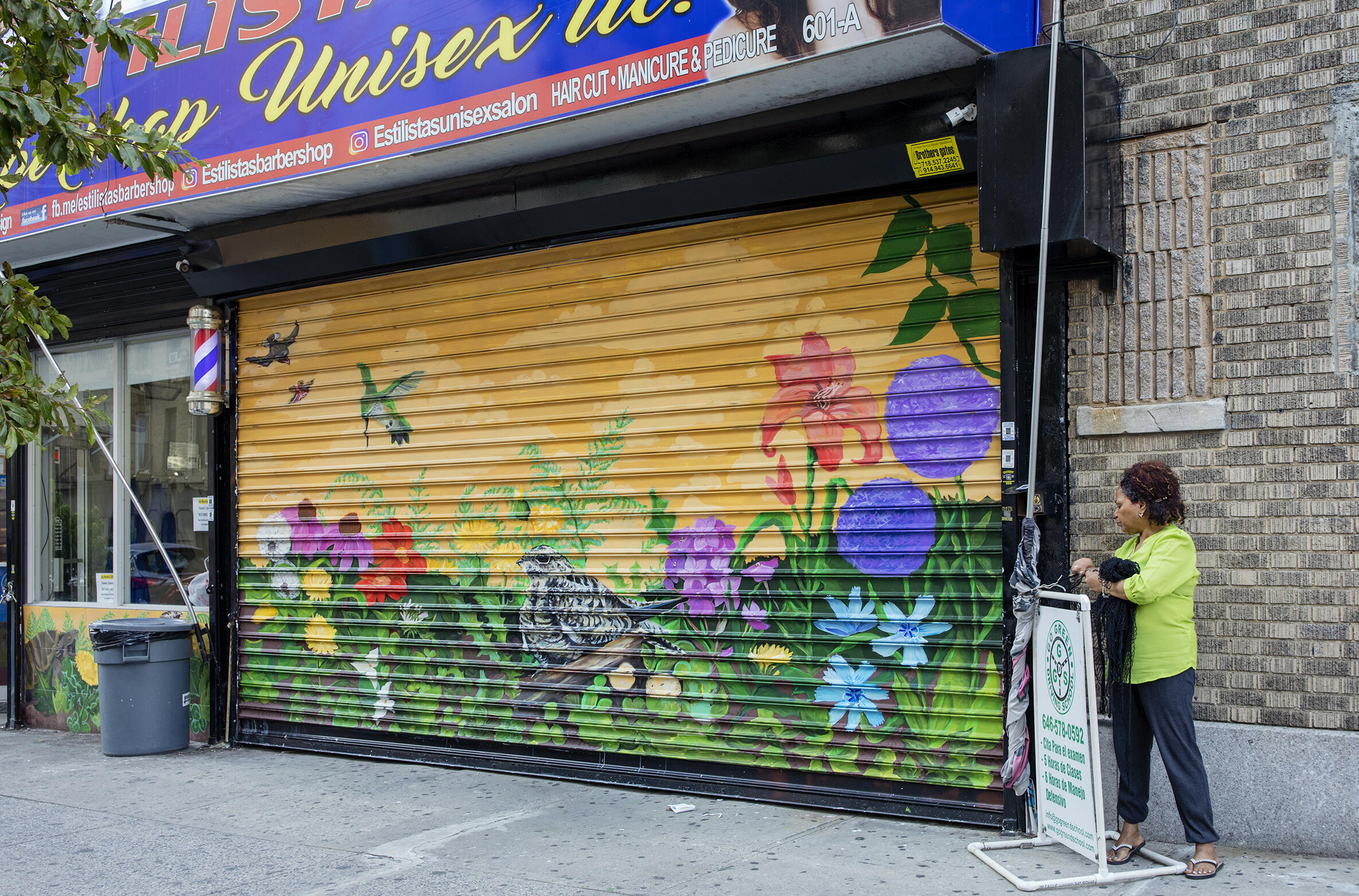 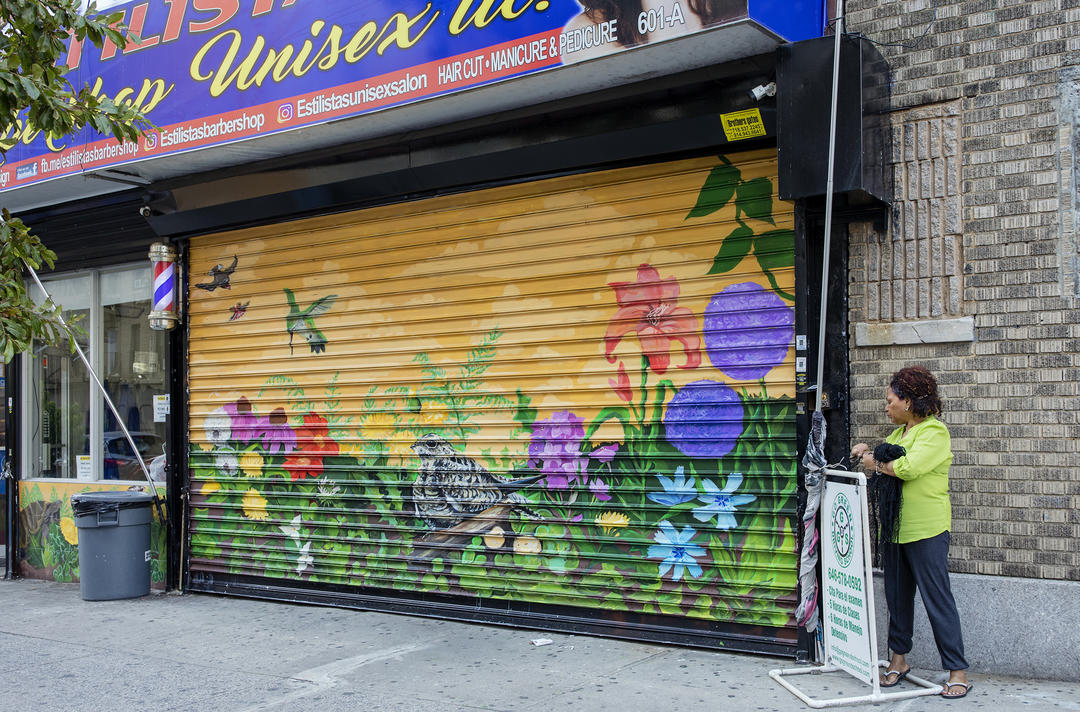 About the Bird: A strictly nocturnal species, the Eastern Whip-poor-will comes out in the evening to forage and spends most of its downtime alone in low-hanging branches. Audubon’s climate model projects that it will only become more elusive: If the planet warms by 3 degrees, the bird will lose most of its breeding range in the eastern half of the United States, disappearing from many states entirely. A ground nester, heavy rains—projected to increase with climate change—could also pose a problem, as could increased spring heat waves.

About the Lead Artist: Yumarlin Rodriguez, known as Yumi, was born and raised in the small Dominican enclave of the Washington Heights neighborhood in New York. She attributes her deep love of nature to her grandfather, Odalis Alvarez, and after he fell she decided to paint a mural in his honor. With the help of her friends, Yumi then painted one for her grandmother as well, who no longer leaves her home—a garden full of favorite flowers and secretive animals that she could see from her kitchen window. In the scene, one whip-poor-will chases a moth in the sky as another protects her chicks below. “Like many of the murals of the Audubon Mural Project, she‘s nocturnal,” Yumi says, “awakening our spirits as we hear her call."