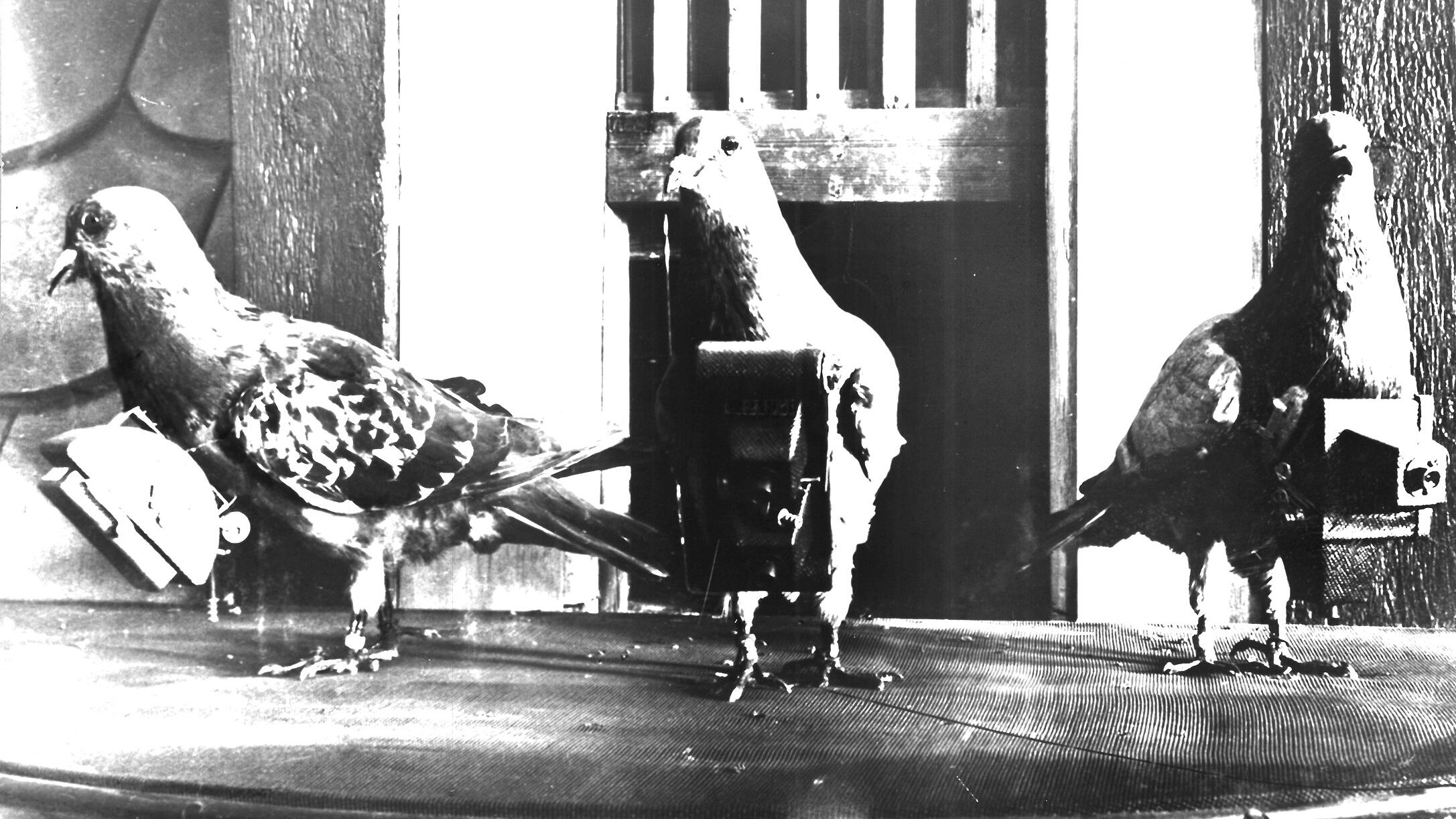 Eyes in the Sky: A Short History of Bird Spies

It’s not paranoia if it’s true.

Earlier this month, police in India detained a pigeon on suspicion of espionage. Not only were its feathers stamped with suspicious numbers and words, but its coloring suggested it was a species from neighboring Pakistan, India’s arch enemy. Was the bird a…spy?

It may sound crazy—and the story was widely ridiculed in the media—but the fear of undercover avians has deep roots, and history tells us it’s not unfounded: For more than a century, birds have served as bona fide 007s.

The origins of the bird-as-spy meme can be traced back to 1907, when a German pigeon fancier named Julius Neubronner devised a small automatic camera to strap onto his birds to learn what routes they took from Point A to Point B. His invention paved the way for the very first aerial photography, and camera-fitted pigeons were deployed by the German military during World War I.

Pigeon-based espionage rose to fame during World War II as keepers across Britain and the United States donated their homing birds for use by Allied troops in relaying secret messages across enemy lines. The U.S. Central Intelligence Agency also began strapping cameras onto top-secret reconnaissance pigeons. As the agency explains with a straight face on its website: “Being a common species, the pigeon concealed its role as an intelligence collection platform among the activities of thousands of other birds.” (Sadly, while pigeons are apparently excellent at recon—they naturally fly low enough to take detailed shots of the land—examples of their work are hard to come by: Many of the CIA’s “pigeon missions” remain classified to this day.) 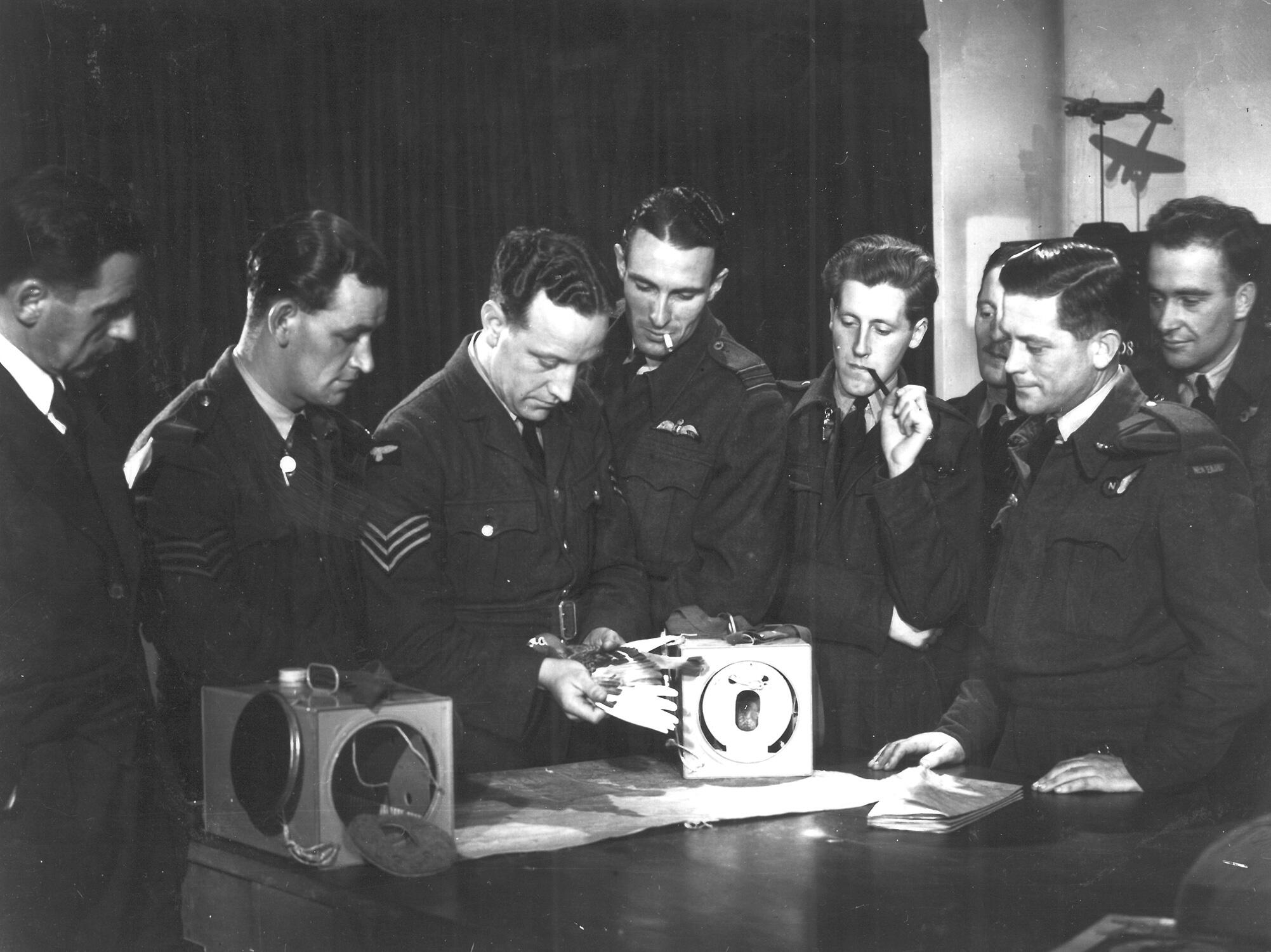 Many pigeons were dropped by aircrews to deliver messages to troops on the ground. Here, aircrews are trained in the correct deployment of the plucky birds. Photo: AR/BNPS 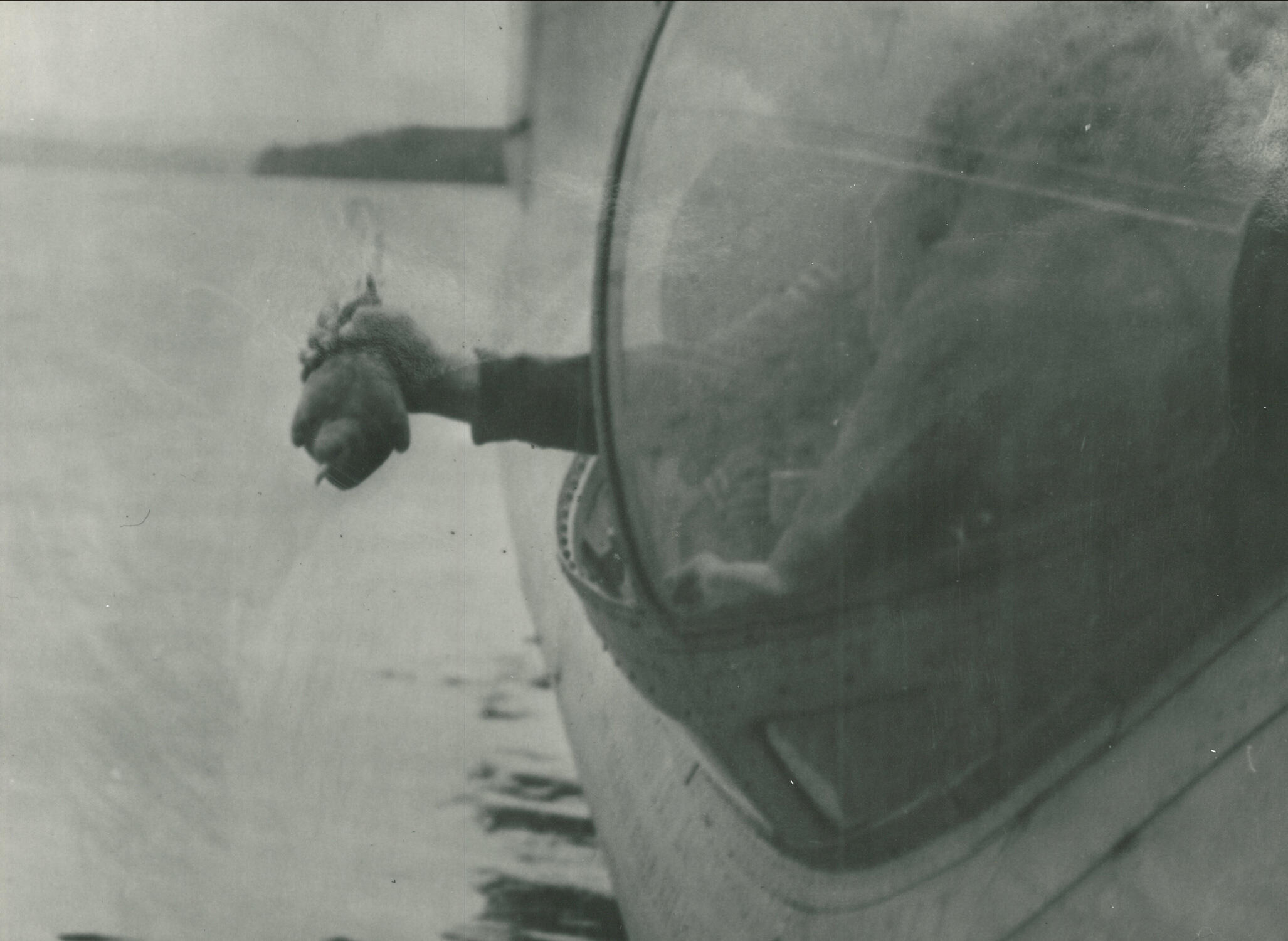 A pigeon is released from a Catalina flying boat. They were occasionally strapped into mini parachutes to ensure a safe landing. Often, coded intelligence messages were strapped to the birds' bodies. Photo: AR/BNPS 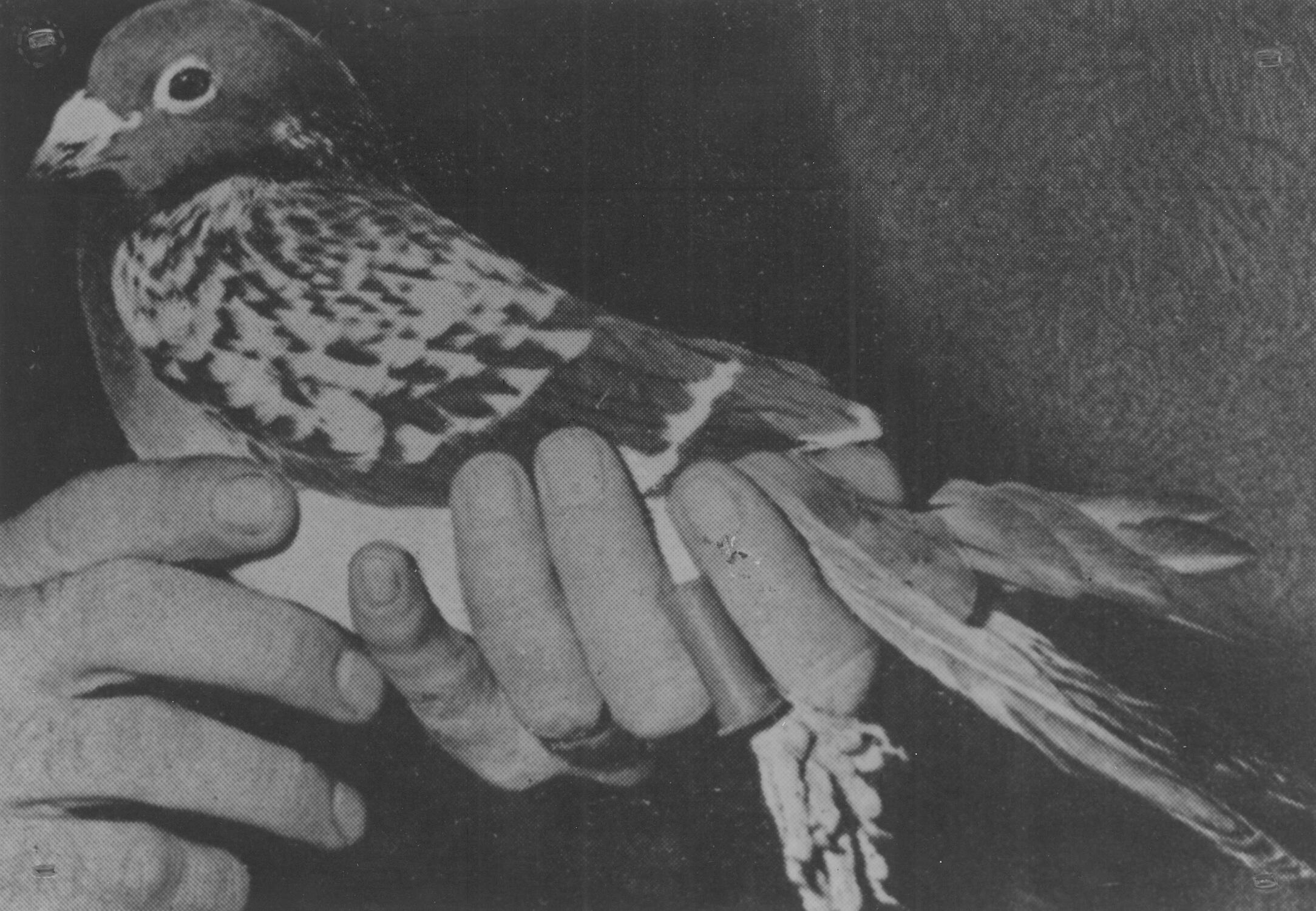 The pigeon pictured here, named Beachcomer, was given the Dickin medal for capturing the first evidence showing the Allies' failure in taking the German-occupied Dieppe port in September 1942. Photo: AR/BNPS 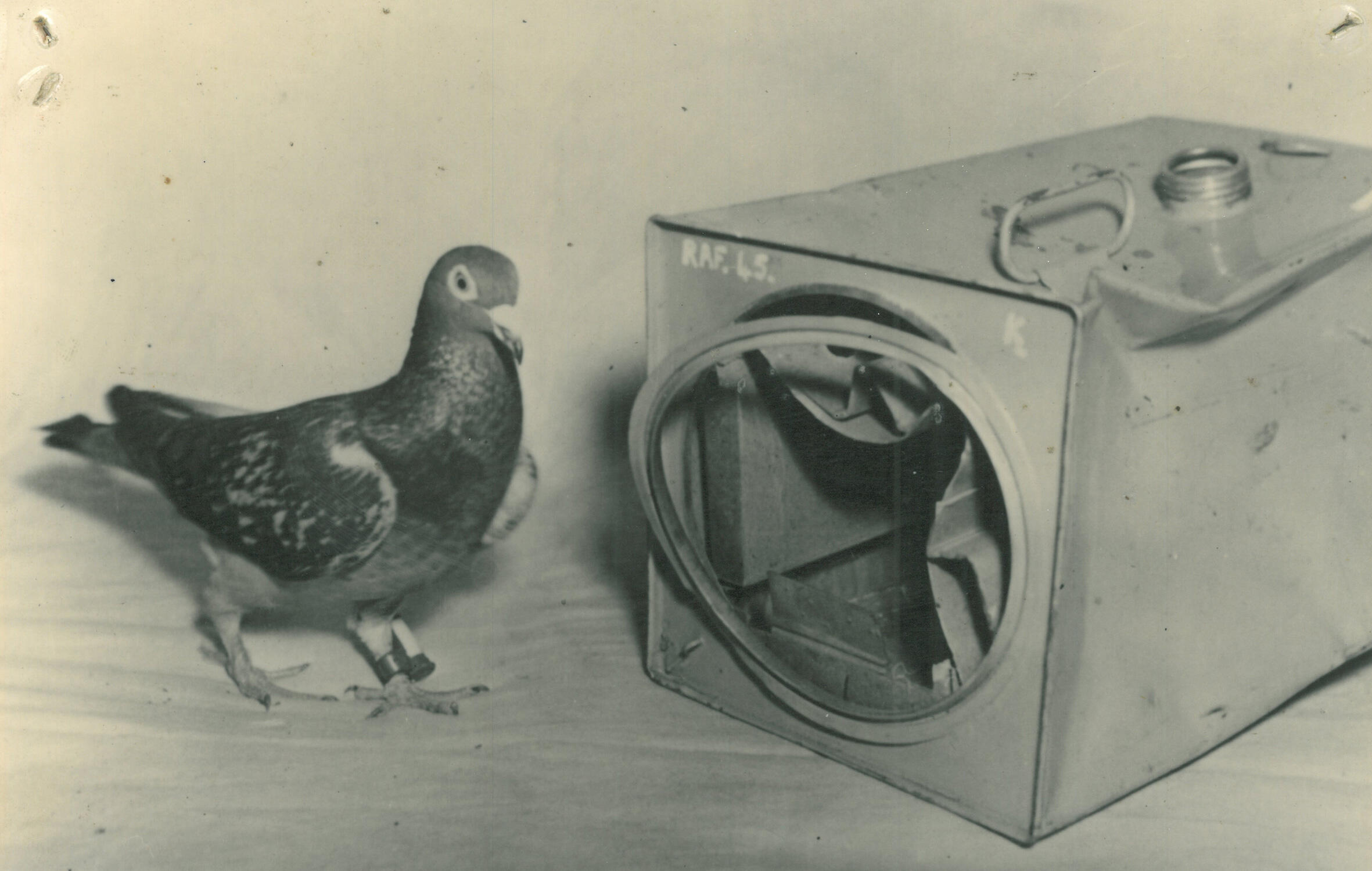 The pigeon carriers contained corkscrew fans, which unwound in the air to release the pigeons. Every aircraft carried at least one pigeon per flight. Photo: AR/BNPS

The Cold War ushered in an age of noir in the history of winged surveillance, with the agency switching from the understated pigeon to more cinematic ravens and crows. Recognizing the corvids’ dastardly intelligence, the CIA began teaching them the dark art of espionage with the help of animal trainers, as Tom Vanderbilt detailed in The Smithsonian. CIA-trained ravens and crows were able to tell the difference between objects and surfaces, and could be taught to deposit items in particular places. For example, the birds learned to put recording devices on the window ledges of houses that contained suspected communists. Ravens were even taught to snap photographs through the glass, using cameras carried in their beaks.

As recently as 2010, a researcher at the University of Washington began teaching crows to identify individual faces, and the US military stepped in to investigate whether the birds could learn to recognize Osama bin Laden’s. (That mission ultimately fell to a group of SEALs, not birds.)

It’s possible that spy birds may still be among us, but they’ll likely soon be outmoded by ever-shrinking, increasingly birdlike, remotely piloted (and armed!) drones. Perhaps then, finally, they can come in from the cold.