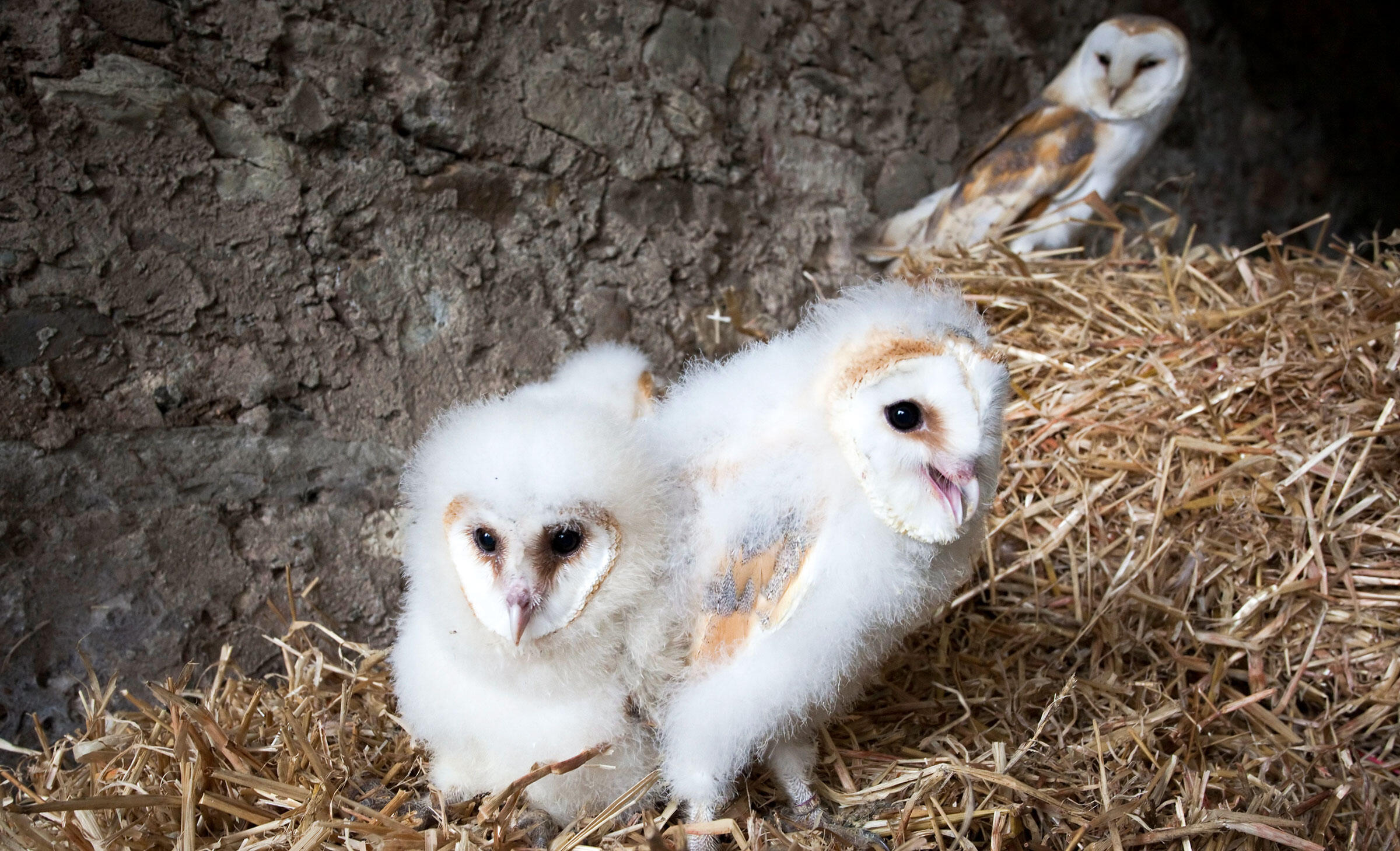 Barn Owl chicks in a nest, with an adult looming in the background. Photo: Ann and Steve Toon/Alamy

These nestlings are willing to give up a good meal—but to what end?

When you’re a wise little owl, family comes before food; unlike some feathered siblings, barn owlets settle disputes by simply communicating with each other during mealtime. In a new study, published in Behavioral Ecology and Sociobiology, researchers from Switzerland discovered that instead of fighting over food, nestlings use vocalizations to determine which of them gets first dibs—chicks with fuller stomachs will put off eating to allow the hungrier nestlings to dig in first.

Previous research has shown that Barn Owls regularly let their nest mates know whether they plan to compete for an incoming meal or not. Because the delivery—usually a rodent of some sort—is only fed to a single offspring at a time, chicks queue up based on their hunger level. This approach prevents riots (in the form of beak stabbing and stealing) from breaking out when the food arrives, thus ensuring the survival of the entire brood.

In the new study, scientists explored what would happen if a surplus of food were added to the equation; since food may accumulate in the nest, the researchers were curious as to whether there was an additional pecking order for its distribution. So they recorded the hissing calls of both hungry chicks and satiated ones, and then played them back to individual owlets in a food-stocked nest. Upon hearing the cries of a hungry sibling, the noble young owls waited up to a half an hour before chowing down on the tasty rodents. Yet when the vocalizations were less frequent, indicating that their sibling was full, they started feasting much sooner.

“This is interesting because Barn Owls are not a highly social species, nor a species presenting particular cognitive faculties,” says Amélie Dreiss, lead author of the study and researcher from the University of Lausanne. She believes that this type of “non-aggressive communication system to resolve conflict” may be more frequent in birds than we think.

While this behavior may seem like true altruism, the owlets might have a more selfish motive in mind: Sharing limits the risk of being robbed of a morsel in the future. Or, the chicks could just be lazy. Physical competition does require a lot of energy . . . and even more food.