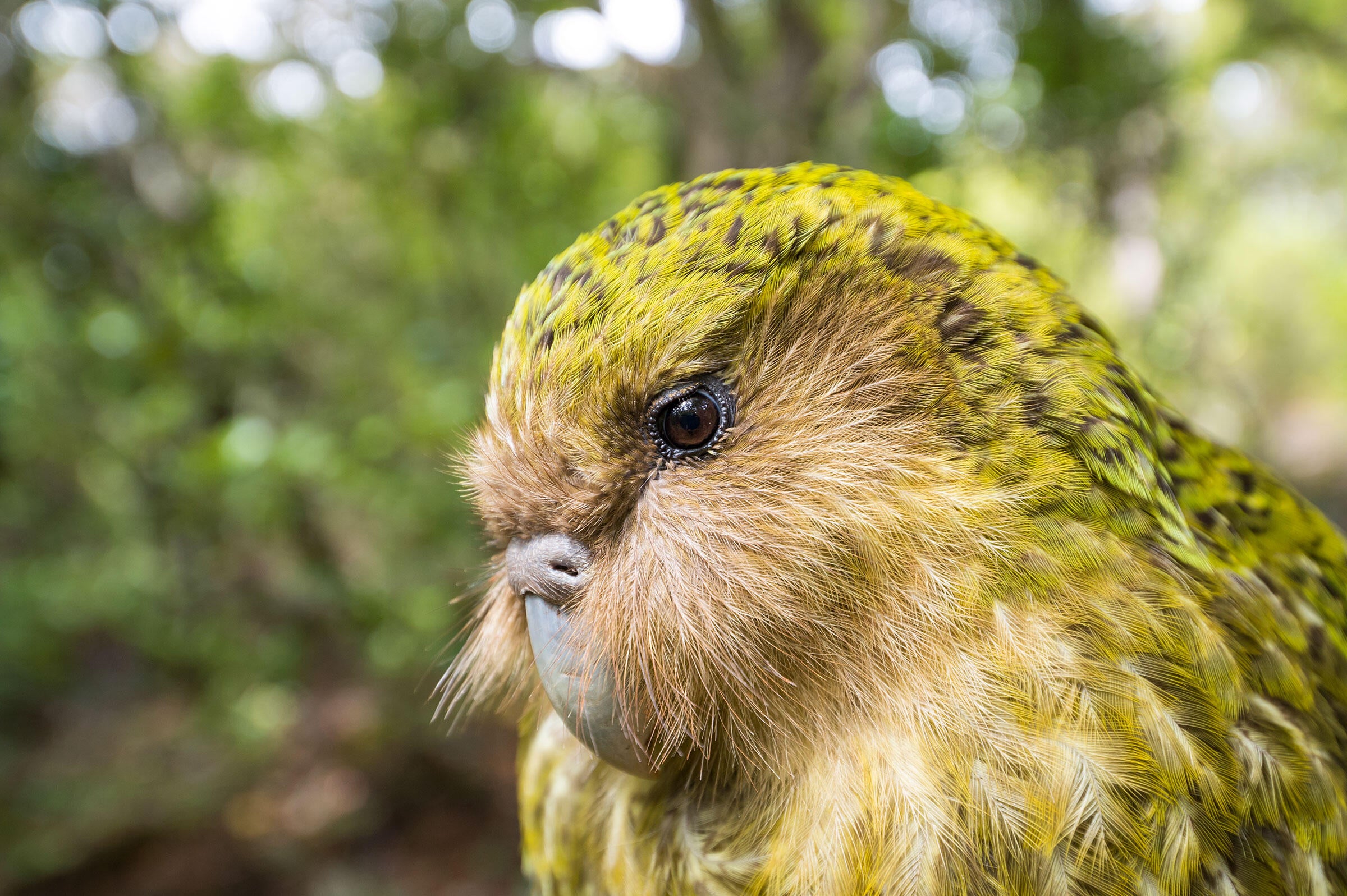 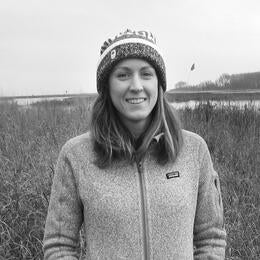 Soon, the Kākāpō of New Zealand will have a little extra motivation when it’s time to mate. That’s because, thanks to a recent competition, some of these large, flightless, long-lived parrots will be treated to a special saxophone-laden soundtrack. The composer behind the mood music will be the winner of a recent search to find the next Kenny G. of Kākāpō smooth jazz.

Of course, there’s no evidence that critically endangered Kākāpō, which breed in leks every two to three years, find saxophone music particularly romantic. For the Kākāpō Recovery team and its partner in the project Meridian Energy, the campaign was more about raising awareness than coming up with a serious conservation strategy. But the search points to a larger truth about the Kakapo conservation effort: It’s as good at getting the word out about the Kākāpō as it is at working to save them.

Kākāpō, the heaviest parrots in the world, need all the help they can get. The birds evolved without natural mammalian predators, making them easy targets for the cats, rats, and stoats that arrived with European settlers hundreds of years ago. Kākāpō were nearly wiped out by these invaders, but in the mid-1990s, when the population hovered around 51 birds, New Zealand’s Kākāpō Recovery Program was formed to help bring these birds back from the brink.

The birds' first big social media break came in 2009, when the internet met Sirocco, a 21-year-old Kākāpō who went viral for, in the words of the BBC television hosts, “shagging” zoologist Mark Carwardine while filming a documentary on the species (remember his name). The video of Sirocco wildly beating his wings against Carwardine's head launched the bird's career: In 2010, New Zealand Prime Minister John Key appointed Sirocco the country’s first Spokesbird for Conservation.

If only all #kakapo captures were this easy! Kākāpō team technical advisor about to catch Bonus, fast asleep on a branch. Bonus often gives us the run-around in the winter; in booming season the males seem understandably dead-tired during the day. #kakapo2019 #conservation pic.twitter.com/U4LqomR3S0

Since then, Sirocco’s fame has only grown. He’s gone on trips around the country to educate the public about Kākāpō, even making it to New Zealand’s parliament. His Facebook page has over 220,000 followers and, along with his Twitter account, is a wholesome little corner of bird joy on the internet. Part of the charm in following Sirocco can be attributed to Kākāpō themselves: They’re fat, fluffy, slow, and have an adorable weirdo persona that’s perfect for the internet.

Andrew Digby, a scientific advisor for Kākāpō Recovery, also tweets about Kākāpō conservation efforts on his personal Twitter. Digby, who has been with the program for five years, says the focus on public communication is critical for saving the Kākāpō. The recovery program relies heavily on donations and symbolic adoptions for funding, which have both gone up over the last few years. It’s also important for garnering knowledge from breeding experts outside the team, and for introducing new audiences to the birds and the importance of conservation.

“They look a little bit like grumpy old men," Digby says. “When you see this big bird lumbering across the forest floor, it looks like no other bird you know.”

#kakapo can mate for an hour. The smart transmitters males wear detect this movement, and switch on a receiver to detect the female ID. The details are stored, picked up by nearby data loggers, and transmitted via data network to the internet. No privacy! #conservationtech pic.twitter.com/IR1F2yKqMX

For those following along, the social feeds of Digby and Sirocco provide a highly entertaining yet educational peek into the Kākāpō world. Both accounts, which are run by the Department of Conservation, have highlighted the sometimes futile efforts of the Kākāpō Recovery team to successfully breed the birds. Sirocco, in particular, is notoriously bad at breeding—instead of trying to mate with other Kākāpō, he targets humans' heads. The Kākāpō Recovery team, hoping to collect some of Sirocco’s semen to inseminate female Kākāpō, created a helmet specifically designed for semen collection—basically turning Sirocco’s viral antics into an actual conservation strategy.

It didn’t work. Nor did Chloe, a remote-controlled female Kākāpō meant to entice other males and gather their semen. But both experiments made for some amazing tweets and highlighted just how tricky getting these rare birds to breed successfully can be.

Luckily, there are plenty of moments to be celebrated in the Kākāpō media world, too, including the ugly-cute chicks that have just begun to hatch and videos of puffed up male Kākāpō performing their mating displays. Sirocco’s accounts are relentlessly fun and upbeat; even when he went missing for two years after his radio transmitter went dark, he kept up his usual antics on social media. The Kākāpō also have their own podcast now, run by New Zealand science broadcaster Alison Ballance, which allows die-hard fans to keep up with all things Kākāpō.

“I find there’s a really diverse audience, social media-wise and just in general, for Kākāpō," Digby says. “It’s good because it’s sometimes not people who would otherwise connect with conservation, and people see this crazy weird bird and think, ‘woah, that’s really weird, that’s really funny,’ and then learn a little about it.”

Skraaarrk! I love cutting edge science, but I heard #UnScienceAnAnimal was trending on Twitter and I couldn’t help myself…😂 pic.twitter.com/6NTflg5lVQ

Kākāpō Recovery efforts are particularly difficult because Kākāpō breed only when rimu trees, whose berries are high in Vitamin D and other nutrients important for egg-laying and chick-raising, yield lots of fruit. That doesn’t happen every year, so when there isn't a crop, Kākāpō don’t breed at all. During breeding years, Kākāpō Recovery team experts go to great lengths to ensure as many chicks as possible survive. Since they are vulnerable to mammalian predators, all 147 Kākāpō live on three predator-free islands off the coast of New Zealand: Codfish, Anchor, and Little Barrier Island. Team members monitor the birds, provide regular health checks and supplemental food, use artificial insemination to raise each female’s chances of hatching a viable chick, and sometimes incubate and hand-rear chicks themselves.

In big breeding years, all that effort pays off. And this year is expected to be a really succesful one for Kākāpō chicks: Two have hatched already, and about 50 fertile eggs are still being incubated. The Kākāpō bred earlier than usual this year, so Digby and the team are already encouraging females to breed again. He’s hoping for 50 chicks if all goes well, though there are likely to be some losses in the chicks’ early weeks and months.

The growth in population means that Kākāpō Recovery experts will eventually have to introduce the birds to new islands as they run out of room. One of the main islands they’re looking at is Resolution Island, in southwest New Zealand. Resolution, however, is home to stoats, one of the species that, along with rats and cats, nearly wiped out the defenseless Kākāpō centuries ago.

“In a way, that’s a bit of a scary step for us, but in a way it’s an important step,” Digby says. “If we can get Kākāpō and stoats in low densities co-existing, then that would open up more places that we could put them.”

As the team eyes a possible expansion, keeping up public support for its conservation efforts will remain vital. But while he knows how charismatic Kākāpō are and is happy that they’ve developed a healthy following, Digby realizes the importance of showing the losses along with the wins, cautioning that every conservation effort has its setbacks and tragedies. Chicks don't survive, eggs are crushed, mistakes are made.

“Obviously we want people to engage in conservation—we don’t want them to switch off,” he says. “On the other hand, I don’t want it to be too fluffy and frilly . . . I like to talk about when birds die, as well as when chicks are hatched, because it’s really important that people don’t just think that everything is bright and rosy.”

Despite these important doses of reality, for the followers of Digby, Sirocco, and all the other Kākāpō that appear in their social feeds, the joy outweighs the sorrow more often than not. And both are just part of the grand effort to save one of the internet's favorite birds.