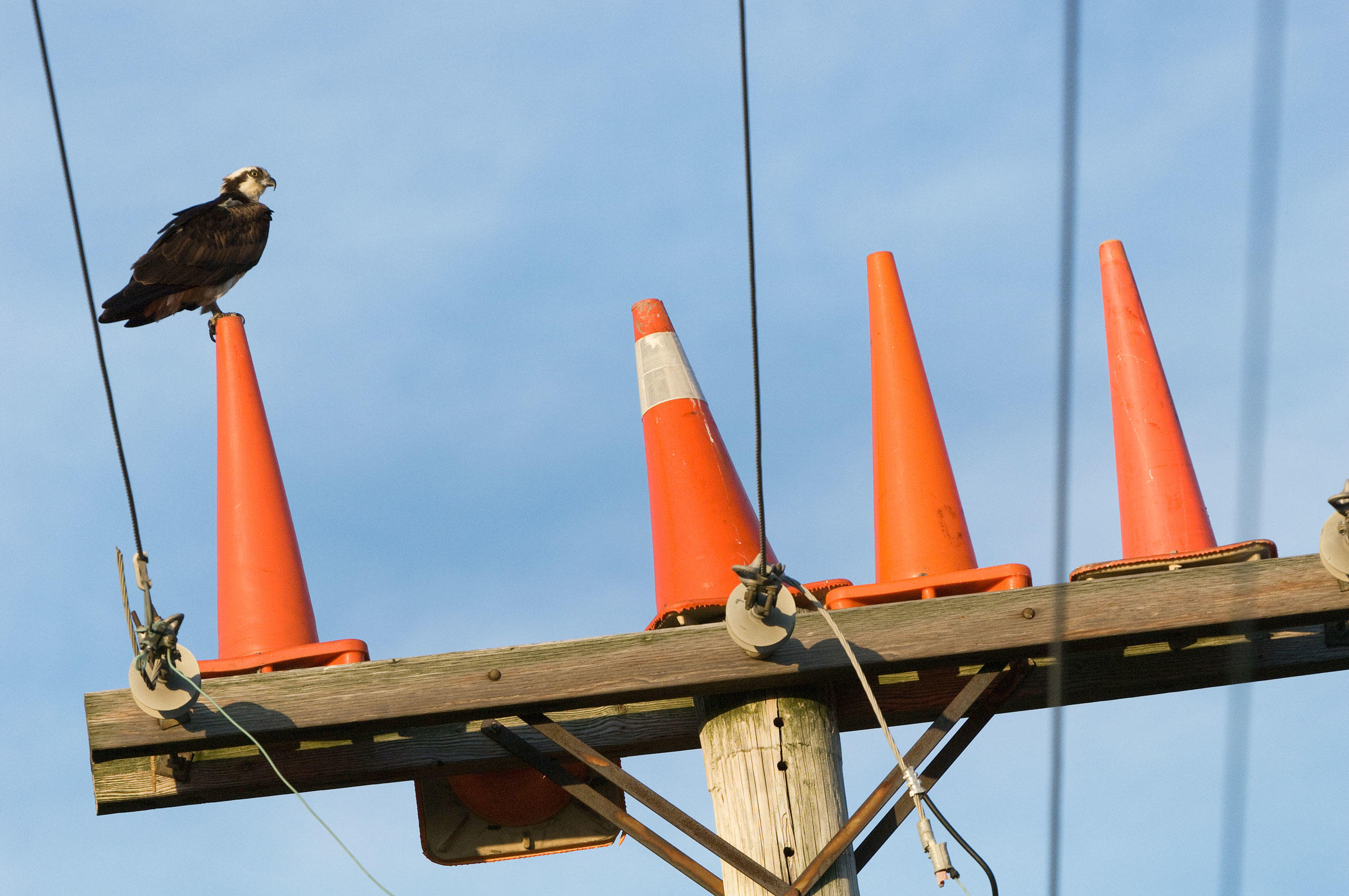 If you’ve ever seen a photo of a pelican coated in oil, you know that birds and fuel don’t generally mix. Natural gas and oil drilling can fracture grassland habitats; tar sands mining creates treeless moonscapes; and underwater pipelines pose a threat to marine life. Even renewable energy can be deadly when it’s not planned properly.

But it seems that in some places, avians are faring better than expected. Last week, the ornithology journal The Condor published a special birds and energy section that outlines how species all over the continent are interacting (or not interacting) with oil, gas, wind, and solar industries. Here are a few of the main findings.

In one of most surprising studies in the lineup, scientists found that birds of prey are successfully avoiding power lines during migration. The researchers looked at species that encountered power lines while flying south through New Jersey and Pennsylvania, and counted zero collisions out of the thousands of times the birds crossed through electrical-wire zones. In fact, many of the individuals adjusted to new wires by flying above them. The finding is a rare piece of good news for raptors, as other recent studies still estimate that “bird mortality at U.S. power lines is substantial.”

Not all boreal birds are fleeing from pipelines and wells.

Another study looked at oil and gas development in Canada, where dense boreal forest has been stripped away to expose underground tar sands deposits. Researchers found that many of the birds common in the boreal were also common near sand-mining sites and pipelines, despite the habitat’s degraded state. But not all species found it easy to adapt: Ovenbirds, Boreal Chickadees, and other birds that depend on old-growth forests—those 75 years or older—were found in lower numbers at some of the disturbed sites.

Songbirds are playing house next to wind turbines.

Wind farms aren’t affecting the reproductive success of Horned Larks and McCown’s Longspurs—at least not in Wyoming. Despite rapid expansion of renewable energy in the state’s grasslands, Horned Lark nest survival rates increased by 55 percent in 2011. McCown’s Longspur rates remained relatively unchanged. This may be because turbines aren’t very disruptive to the species’ habits and habitats; in fact, they may even deter predator species from perching or nesting in the area. Post-construction traffic associated with wind farms is also typically lower than with oil and gas operations.

Sandhill Cranes are also co-existing with turbines out West.

Sandhill Cranes are living harmoniously with wind turbines in the southern Great Plains region, where they spend the winter in flocks of thousands. The turbines were generally built away from the cranes’ preferred wetland habitat, and that well-advised siting is paying off, it seems. Based on the proximity of several GPS-tagged birds, the scientists were able to mark the farms as low risk to the local Sandhill population.

One of the biggest takeaways from The Condor, however, is that there's still a lack of data on how renewable energy affects birds. It’s a "highly complex" relationship that often varies from species to species and habitat to habitat, says Jennifer Smith, lead editor on the package and researcher at Virginia Tech. But it looks like some government officials and companies are considering the science that's already been published and trying to adapt accordingly. A new Minnesota bill, for instance would encourage the planting of native grasses and flowers around solar farms, making them friendlier for birds and pollinators. And wind companies have developed multiple strategies for making turbines safer for species disrupted by them.

[Ed. note: The National Audubon Society is part of the Wind Turbine Guidelines Advisory Committee, which aids the industry in siting wind farms to minimize harm to birds and other wildlife. For more information on these guidelines and Audubon's stance, go here.]