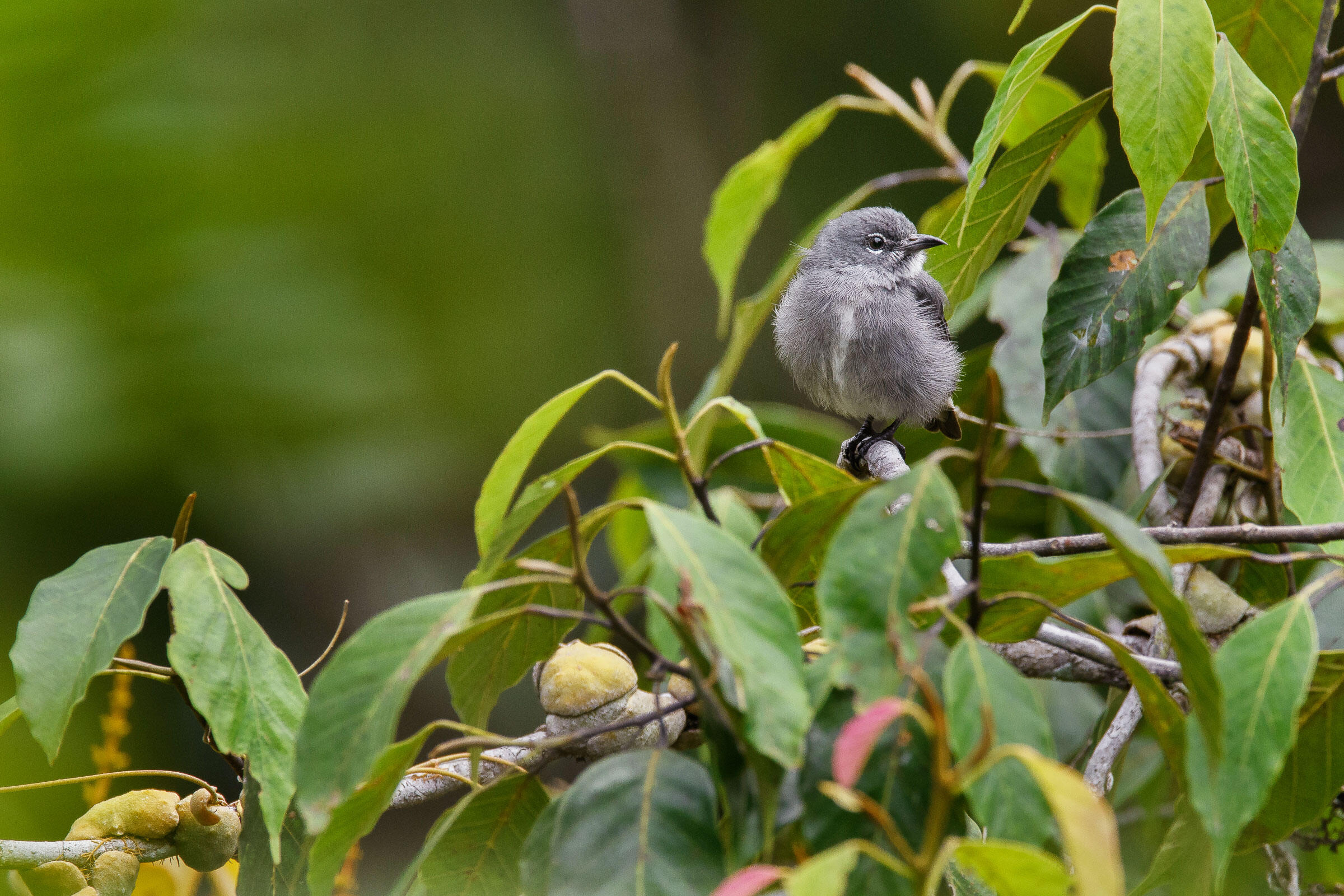 The Spectacled Flowerpecker could be Borneo's newest bird species. A lover of mistletoe berries, it sticks to the upper echelons of Southeast Asian rainforests, making it difficult for scientists to nab measurements and DNA to make its status official. Photo: Chien C. Lee

High Up in the Borneo Canopy, a Likely New Bird Species Lurks

The Spectacled Flowerpecker has been eluding experts for nearly a decade. Now, scientists have a bold new plan to reveal its true identity.

Deep within the tropical rainforest of Ulu Temburong National Park in Brunei, a picturesque footbridge weaves through the towering ficus. At more than 130 feet high, the Belalong Canopy Walkway is one of the tallest treetop paths found on the Southeast Asian island of Borneo.

It’s this walkway that Hanyrol H. Ahmad Sah visits every couple of days, bringing tourists from the nearby ecotourism lodge where she works as the resident researcher. Up in the canopy, Sah keeps a keen eye out for hornbills, gibbons, and other creatures. But she also stays alert for something smaller: ripe mistletoe berries, harbingers of an elusive canopy visitor, the Spectacled Flowerpecker.

The four-inch-long gray birds, so named for their broken white eye-ring, are believed to be a new species in the flowerpecker family—a passerine group found across South Asia to Australia. If officially confirmed, the species would become Borneo’s thirteenth native flowerpecker. It would also be the newest addition to the island's avian list in decades.

The Spectacled Flowerpecker was first spotted by American tour guide Richard E. Webster in 2009 on the eastern end of Borneo in Sabah, Malaysia. Since then, it’s been sighted just a handful of times.

“Not many people have spotted it, not even the top birders in the world,” Sah says. The flowerpecker has been recorded most frequently—and most recently, in May of last year—at Belalong, which is why Sah and ecologist Ulmar Grafe are targeting the walkway as they strategize how to prove the bird’s uniqueness.

Borneo, the third largest island in the world, cedes land to three countries: Brunei, Malaysia, and Indonesia. It's a biodiversity hotspot boasting more than 650 bird species.

“We have an opportunity to not only catch the bird, but for the first time, describe it scientifically,” says Grafe, who works with the Universiti Brunei Darussalam, where he was Sah’s professor. “We’re ready to do it, and we’re very eager to do it.”

The Spectacled Flowerpecker was originally brought to light in a 2009 paper, which documents at least two individuals feeding on mistletoe berries from a canopy tower in Sabah’s Danum Valley. After consulting museum collections in London and the United States and conferring with ornithologists specializing in Bornean birds, the authors were convinced that the bird with the curious eye-ring, white throat-to-belly streak, and seep seep seep call was a new species.

Study author David Edwards, a conservation scientist from the University of Sheffield, then gave the bird a common name—but stopped short of giving it a scientific one. Without morphological measurements, blood samples, and genetic information, a new species can’t formally be entered into the International Ornithological Congress records, he says. Photographs and sound recordings, which are what’s currently available for the flowerpecker, are deemed insufficient; to draw more intrinsic data, one needs to capture a field specimen. Analyzing the DNA, Edwards adds, will also help rule out the possibility of hybrids (not considered a new species) and nail down the genus.

A key reason the Spectacled Flowerpecker remains so elusive is because “it’s a very low-density species . . . with a strong element of nomadism,” Edwards, who isn’t involved in the Bruneian study, explains. The birds are thought to be mistletoe specialists, traversing the vast rainforest in search of ripe berries.

Another reason is that the birds are believed to inhabit only the upper layers of the canopy. “When you’re standing on the floor, staring 40 to 50 meters up and it’s backlit, and you’re looking for a bird that’s 10 centimeters big and there’s so much obscuring vegetation . . . it’s really difficult,” Edwards says. Brunei's Belalong Canopy Walkway offers unhindered views of the secretive denizens of the rainforest canopy. It's here, among the ripe mistletoe berries, that researchers are hoping to catch and analyze their first Spectacled Flowerpecker. Photo: Chien C. Lee

But the Belalong walkway gives Grafe and his team unfettered access to the bird’s lofty habitat—and even above it. “It’s a unique opportunity not seen elsewhere in Borneo to describe the animals that live in the canopy of these forests,” Grafe says. His team has figured out how to “launch [a] mist net into the flight path of the flowerpecker as it approaches its favorite fruit” by using steel cables, pulleys, poles and PVC pipes, all suspended from the walkway.

This acrobatic setup leaves little room for mistiming and error. So, to prepare, Sah has spent most days monitoring the clumps of mistletoe that grow parasitically on the dipterocarp trees along the walkway. When the oval berries ripen to a rosy red hue, there’s a good chance the Spectacled Flowerpeckers will return.

The plan is that once Sah spots a feeding flowerpecker, she’ll alert Grafe, who will make the three-hour drive from his base in town to the rainforest. The pair will set up the mist net by dawn the next morning and then, lie in wait for an unsuspecting bird. “We will just net it, take measurements, collect the data, and see if that’s enough to convince people it’s a new species without having a specimen in hand,” Grafe says.

Traditionally, scientists would then euthanize the specimen to study it further. But in recent years, the zoological world has witnessed a divide of sorts; modernists suggest that exceptions should be made when the species in question is exceedingly rare. “That's one of the reasons why I'm reluctant to sacrifice the bird,” Grafe says. “We have no information about its ecology.”

If the stars align and Grafe and Sah do succeed in netting the flowerpecker, the impact could be enormous. “For Brunei it’s a big thing because we don’t have special birds to attract birdwatchers around the world,” Sah says. Those coming to Borneo generally bypass Brunei in favor of Sabah, which offers greater biodiversity and better tourist facilities. But a unique new species could help change things for Brunei.

It’s also crucial to highlight the spectacular nature of Borneo’s rainforests, so they can be explored and preserved further, Grafe says. As the discovery of the Spectacled Flowerpecker shows, “[the canopy’s] still this new frontier of biology; it’s like a new planet out there that we need to continue to look at.”

Audubon is a nonprofit, and stories like this are made possible by readers like you. To support our work, make a donation today.