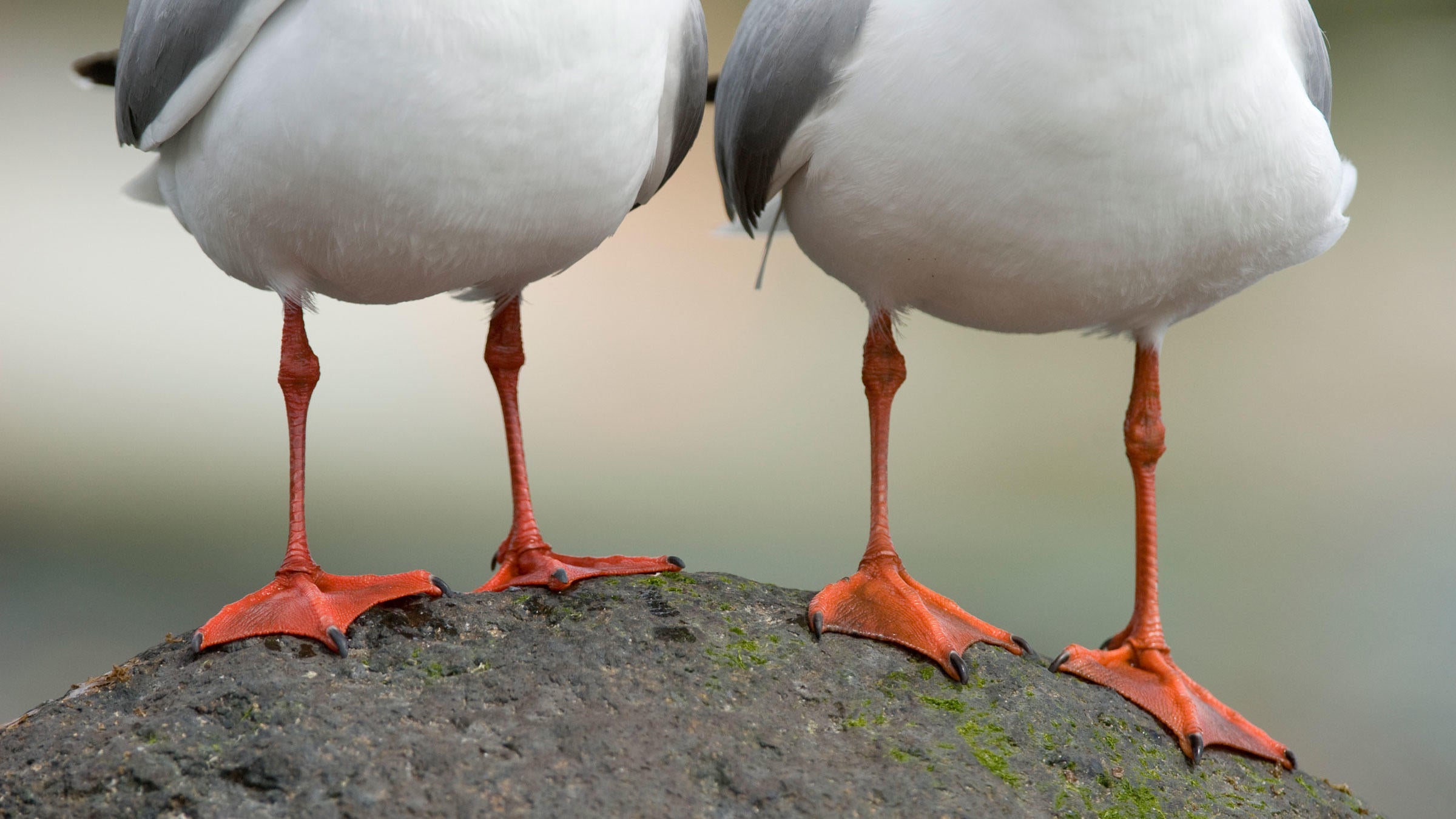 How To Deal With Climate Change? Adapt.

While humans are busy debating whether climate change is real, some creatures are already responding to the new conditions global warming has brought. From melting glaciers to rising sea levels, warming temperatures are already threatening many of our fauna’s habitats.

Some species are responding by adapting—here’s how.

1. Red-billed Gulls are trimming down

Just like blubber is beneficial in the cold, staying skinny pays off in the heat. Scientists have discovered that certain animal body types are more suited for different climates. For example, red-billed gulls in New Zealand have reacted to the steadily warming temperatures by dropping pounds. By studying data spanning 46 years, researchers found that this weight change is not a genetic anomaly—the gulls are born normal-sized—but an effect of the environment.

Why is losing weight important for living in hotter temperatures? More than 150 years ago, German biologist Carl Bergmann theorized that animals in warmer climates would benefit from trimmer frames. Trim frames have more skin relative to physical volume, so there is more skin surface to dissipate heat. Creatures also maintain less internal heat if there isn’t much fat to begin with. Bergmann’s rule generally works for mammals and birds, but there are exceptions.

Staying slim may sound like a straightforward approach to fending off the effects of climate change, though the researchers add an important caveat: the weight loss of the Red-billed Gulls may not be a defense after all, but a consequence of climate change. The skinny birds raise a red flag for environmental stress. The scientists note that a warming climate—which leads to changes in habitat quality and declining food availability—may be the reason for their change in size.

The sticklebacks in the waters between Great Britain and Scandinavia are known for having dedicated fathers that take care of all the nest building and parenting. But as the North Sea may warm by 7.2 degrees Fahrenheit by 2100, stickleback moms are passing on a critical trait: a way to cope with ocean warming.

One study suggests that stickleback mothers are programming offspring to grow better in a new environment, with the potential to adapt to rapid climate change. These mothers train their unborn young to live in warmer water by perhaps passing on mRNA, or mitochondrial information, about the surrounding water temperature, said Lisa Shama, coastal ecologist at the Alfred Wegener Institute for Polar and Marine Research in Germany and lead scientist of the study. These mitochondria are primed to let stickleback juveniles grow faster and bigger in warmer water than what previous generations were able to.

3. Arabidopsis offspring are trying to get it on in the heat.

Who says plants can’t be good parents? These flowering weeds pass along a plant hormone to train their offspring to germinate based on favorable temperature conditions, rather than timing.

Researchers grew Arabidopsis at 60.8 degrees and 71.6 degrees Fahrenheit, then placed them both at 71.6 degrees to flower and set seed. They found that if the plants’ temperature remained the same, their seeds mostly germinated by 7 days. Seeds from parents used to 60.8-degree weather, however, didn’t germinate in the warmth: they were conditioned for cool temperatures and couldn’t cope with the abrupt change of conditions.

But there is good news for Arabidopsis: the scientists found that a specific plant hormone, FT, was behind the temperature training, so as long as the world continues to warm incrementally between generations, these plants may continue to condition their offspring for climate change.

On Ofu Island in American Samoa, one species of reef-building coral, Acropora hyacinthus, is represented by two populations with markedly different traits. One population lives in ambient water, at 84.2 degrees Fahrenheit. The other is better at tolerating heat and can live in waters with extreme fluctuations between 42.8 degrees and 93.2 degrees. The secret to its success is its ability to turn certain genes off when immersed in hot water.

The two coral populations use their assorted heat stress genes differently, despite having the same genome. The heat-sensitive corals ramp up these stress genes at high temperatures, but turning on crisis mode can disrupt the coral’s own cells. The heat-resistant corals have high baseline levels of stress gene expression, however, and being in high temperatures actually turns their stress genes off. Bathing in hot water may in fact feel like a breath of fresh air for these corals.

What will happen to heat-sensitive corals when the water gets hotter over the course of climate change? The downside to this story of adaptation is the potential loss of diversity. Given that one population of coral may be the clear loser, it may eventually get crowded out by better-adapted corals.

Using data spanning 28 years, scientists have found a dramatic increase of dark brown Tawny Owls in a population that also is usually dominated by pale gray owls. This is the first evidence for a population actually evolving—selecting for an inherited trait—in response to climate change. Why are brown owls gaining in number? Not surprisingly, declining snowfall may explain why there is less selective pressure for pale owls that blend into pearly white snow.

However, the authors of the study note that they don’t exactly understand what selective advantages the brown owls might have, since their survival rate during warm winters has been no better than that of the white owls. They haven’t figured out the exact genetics behind Tawny Owl coloration, either. So while evolution may be a way for a species to respond to climate change, scientists still can’t predict which individuals will do better during the course of natural selection.

And this isn’t the first time that natural selection has been seen in action, either. Peppered moths in 19th century London began to select for darker-colored individuals, which could better camouflage themselves among the industrial smog. For now, Tawny Owls are leading scientists to do more research on rapid microevolution.