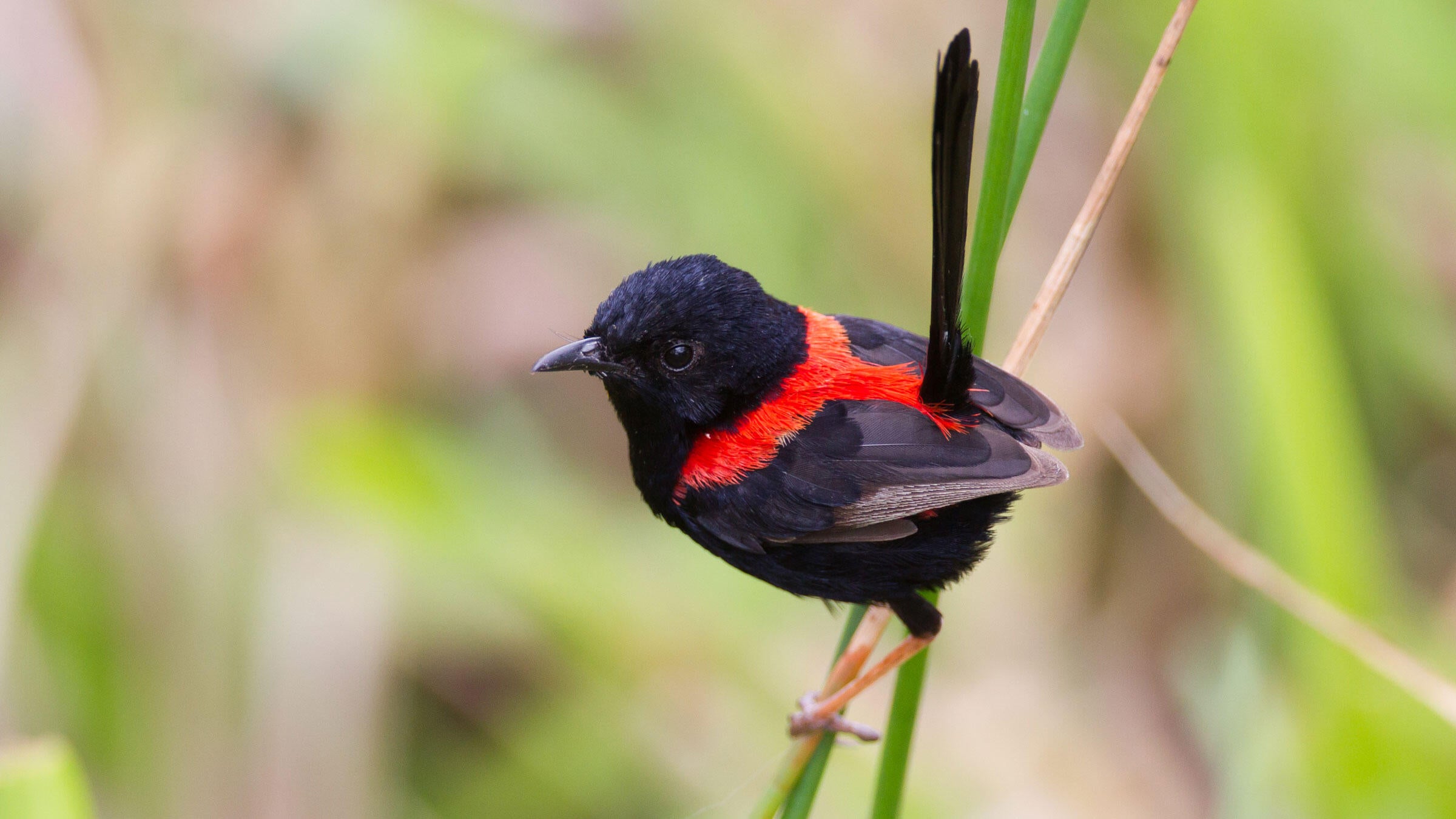 How Do Fairywrens Stay Fancy?

Male Red-backed Fairywrens have adapted to keep their breeding ensembles in tip-top shape.

For a male bird looking to secure a mate, gorgeous plumage is often what wins the girl, and some birds have a special adaptation to stay looking their best. A study published yesterday in The Auk: Ornithological Advances shows that the Red-backed Fairywren, an endemic Australian songbird, is one such species.

Each year, between December and March, male Red-backed Fairywrens molt in preparation for the breeding season, ditching their uninspiring beige plumage for a plush ebony and scarlet outfit. The quicker they switch to this dashing ensemble, the greater their chances of breeding with multiple mates, says Samantha Lantz, a graduate student at Tulane University and an author on the paper.

There’s a trade-off, however: Early molters run the risk of having their signature red feathers dull over time, which isn’t optimal for attracting females. But the Tulane researchers discovered that the birds have adapted to get around this. By capturing Red-backed Fairywrens and examining their feathers, they found that the males were renewing their plumage over the course of a breeding season. This process, known as “adventitious molting,” occurs outside of the regular molt cycle. It pops up in other species of birds as well: Red-tailed Hawks, Red Knots, and Baltimore Orioles, to name a few.

In earlier molting males, the redness sometimes intensifies over the course of the season. Lantz theorizes that this may be due to a spike in food resources as the weather grows wetter, allowing the birds to devote more energy to maintaining their plumage.

Lantz and her colleagues also speculate that this adaptation is more common in environments like Australia’s harsh Northern Territory, better known as the Outback. The dry weather brings fires and soot that may sully the birds’ feathers; the wet season ushers in torrents of rain. “It makes sense that this might take its toll on their feathers, and that replacing some of them would be beneficial,” says Lantz.

Though adventitious molting is common, there isn't much published research on it, Lantz says. She hopes the new findings will trigger more curiosity about how this adaptation can shape a bird’s rich and varied plumage. “It would be really interesting to know how prevalent this pattern is, if we could experimentally test it in different scenarios, and how it varies across years, or in different species,” she says. Perhaps humans aren’t the only slaves to fashion.