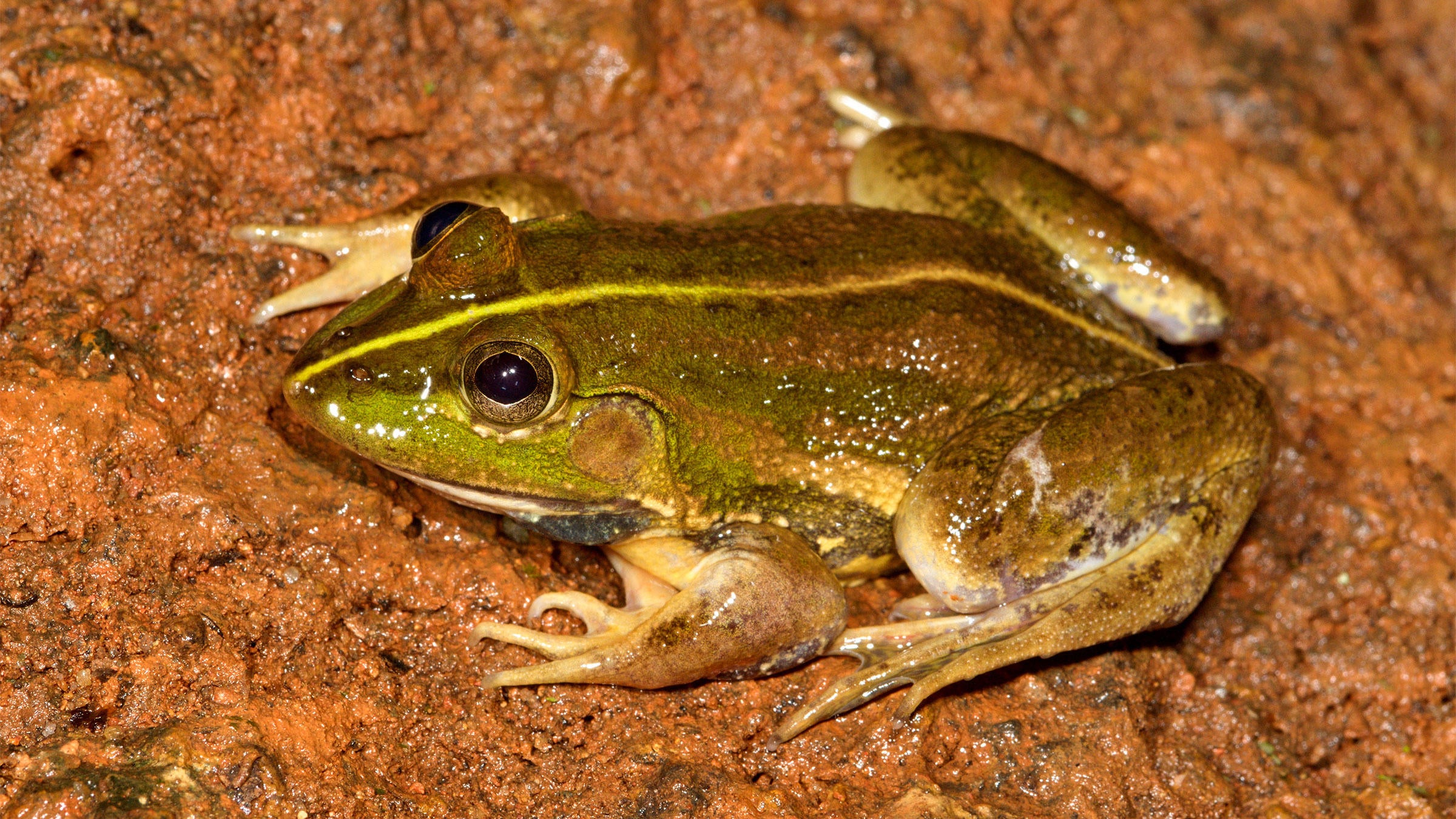 How a Kingfisher's Call Concealed an Unknown Species of Frog

In India, a group of herpetologists recently discovered a new amphibian that sounds a lot like a White-throated Kingfisher.

One afternoon, as a group of herpetologists in southern India sipped their tea, deputy forest officer C.R. Naik took a moment for some show-and-tell. He pulled out his old Nokia phone to play a recording he made while surveying the lush, green forests and watery rice paddies of India’s Karnataka state. He asked the men if they could identify the sound that played from the speaker.

“We thought he was joking,” says Gururaja K.V., who researches frog behavior at the Srishti Institute of Art, Design and Technology in Bengaluru. “In one voice, we all said: ‘It’s a kingfisher.’ ”

“We even started pulling his leg,” he says. “You can’t identify bird calls?”

The bird they thought they heard, the White-throated Kingfisher, is common in the area. The species is especially popular with photographers, who will stake out rivers and streams to watch the colorful birds, with their vibrant sky-blue wings and long, ruby-red bills, dive for fish. Three other species of kingfisher live in the area, but this bird’s call is unmistakable: a shrill, undulating wee.

Yet the sound on the recording wasn’t a kingfisher, C.R. Naik told them. What experts in the field had long assumed was a kingfisher call was actually that of a little, yellow-green frog. Stunned, the herpetologists implored him to prove it by returning to the region and recording a video this time. He did just that. The resulting video is a close-up shot of the tiny frog, its air sacks bubbling in and out as it creaks like a kingfisher.

Once they had video evidence, the pair of herpetologists—Gururaja K.V. and Seshandri K.S., a doctoral candidate at the National University of Singapore—set out to learn more about the strange frog, which they’d never seen or heard before. Soon, DNA analysis showed that this was a new species, so they named it the Karaavali skittering frog, after the name for the coastal region of Karnataka.

This is big news, Gururaja K.V. says. While many new species have recently been discovered in other Indian states—and especially in the mountainous Western Ghats region—the agricultural area of coastal Karnataka had not seen a new frog species in decades. The researchers published their findings in the journal Asian Herpetological Research in December 2016.

They made their discovery just in time, too. The researchers have already notified the International Union for Conservation of Nature that the Karaavali skittering frog may require an endangered species listing as development expands into its preferred habitat. For now, at least, the little frog has a name, and it won’t fade into history unknown and mistaken for the White-throated Kingfisher.