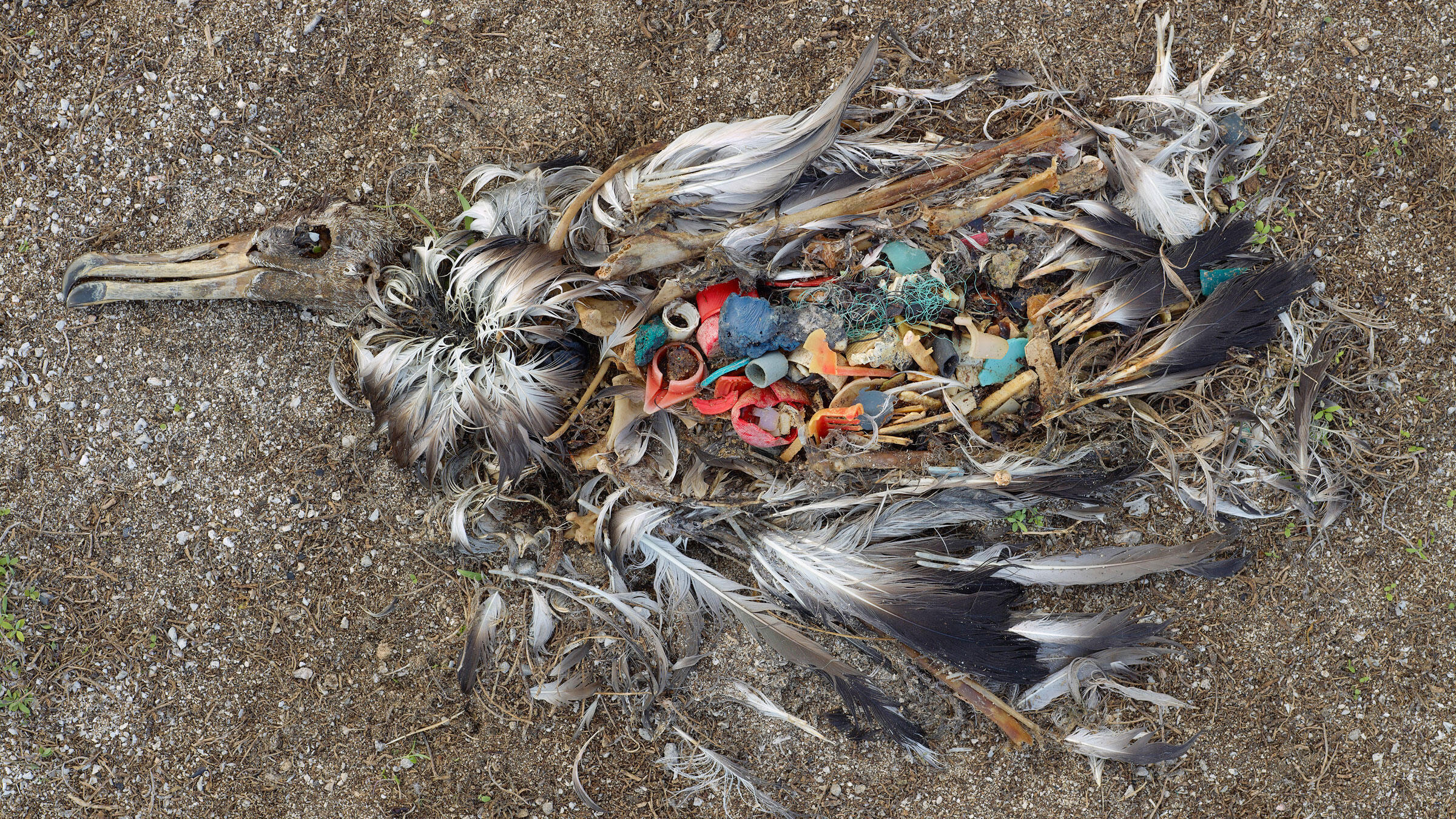 How Much Plastic Is Marooned at Sea?

A study on ocean-bound plastic gives the first comprehensive estimate of this large-scale problem.

Estimating how much plastic waste swirls around in the sea is like trying to keep track of how many sugar grains you just stirred into your tea: next to impossible. Quantifying the amount of plastic in the ocean is incredibly hard—which explains why previous estimates have ranged anywhere from 200,000 tons to millions of tons.

But now a new study in Science gives us a more comprehensive estimate that focuses on the source of the problem: land pollution. “It’s the first time we’ve been able to connect the ocean with the land, in a number,” said study author and University of Georgia environmental engineer Jenna Jambeck, during a press conference.

The researchers calculate that of the near 300 million metric tons of plastic produced in 2010, 8 million were lost at sea. China, Indonesia, and the Philippines produced the most ocean-bound plastic waste; the United States was number 20 on the list.

To reach this estimate, the researchers looked at per capita waste in 192 coastal countries. Most of the ocean-bound plastic was concentrated within 30 miles of the coastline. Littering accounted for 2 percent of the waste at large; the rest came from open dumps or uncontrolled landfills. Based on this model, the researchers derived a realistic estimate of what actually flows into the ocean via water or wind.

Jambeck said that 8 million metric tons equates to about five bags of plastic for every foot of coastline in the world. With all this plastic in the ocean, seabirds like shearwaters, albatrosses, and petrels are at risk, because they mistake floating bits of plastic for food. “Ingestion is probably of most concern,” said Kara Lavender Law, a co-author from the Massachusetts-based Sea Education Association. Plastic can obstruct the birds' digestive systems and give them a false sensation of fullness, causing them to starve. Moreover, research finds that an estimated 98 percent of Laysan Albatross chicks are fed regurgitated plastic.

“Plastic also acts as a sponge for persistent toxins already present in seawater, such as PCBs [polychlorinated biphenyls] and DDT,” Law said. Trace metals suspended in the water can attach to the floating particles of plastic—also created with chemicals—forming a highly toxic pill for marine animals to swallow.

The researchers hope their findings will translate into strategies for reducing the amount of plastic that enters the waste stream. It can be as elementary as scooping junk out of the sea, though that could possibly displace marine life, Law said.

But what the study really shows is that solution is to curtail pollution on land. “We need to prevent plastic from entering the ocean in the first place,” said co-author Roland Geyer, an industrial ecologist from the University of California, Santa Barbara. “We need to take a good hard look at how we use plastic and what we use it for,” he added. One of his suggestions is to have manufacturers alter their product designs to use less plastic. This, in addition to recycling, can help trim down the overall waste stream.

Constraining plastics to tightly managed landfills can also prevent them from reaching the sea, the researchers said. They calculated that a 50 percent decrease in mismanaged waste in the top 20 polluting countries could slash sea-bound plastics by 41 percent.

“I would argue that any plastic in the ocean is too much plastic,” said Law. “Unless we turn off the tap, we're not going to solve this problem.”

Editor's Note: The following photographs are part of an ongoing project by photographer Chris Jordan exploring how plastic is affecting albatross populations at Midway Atoll, three remote islands in the middle of the northern Pacific Ocean. Jordan began photographing the birds in 2009, after seeing the birds—mostly chicks—suffer from eating too much of the plastic that washes up on the islands' shores. If the debris doesn't poison the birds or perforate their stomachs, the birds die of starvation from full bellies of no nutrients. "These birds reflect back an appallingly emblematic result of the collective trance of our consumerism and runaway industrial growth," Jordan writes of the project on his website. See more of Jordan's work. 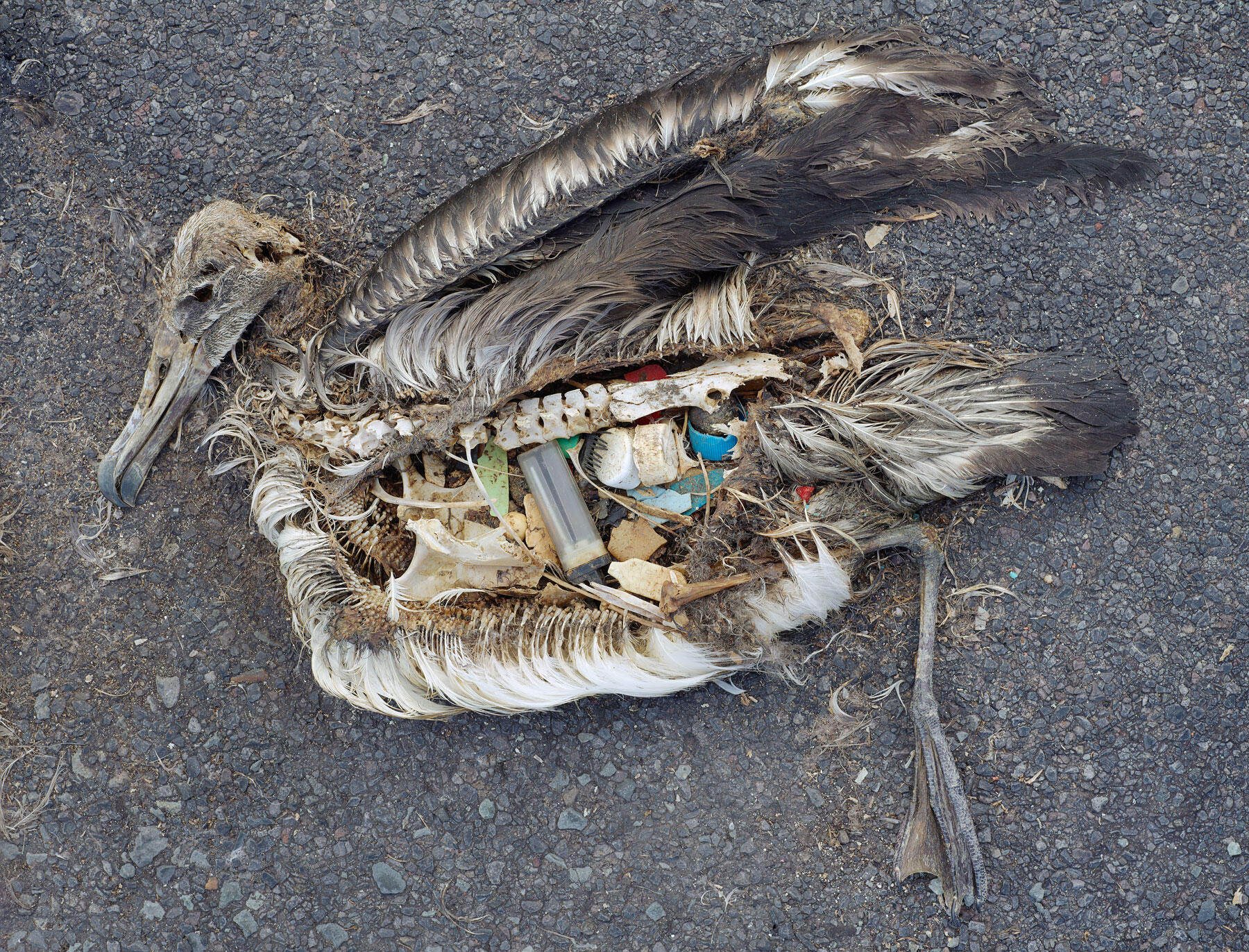 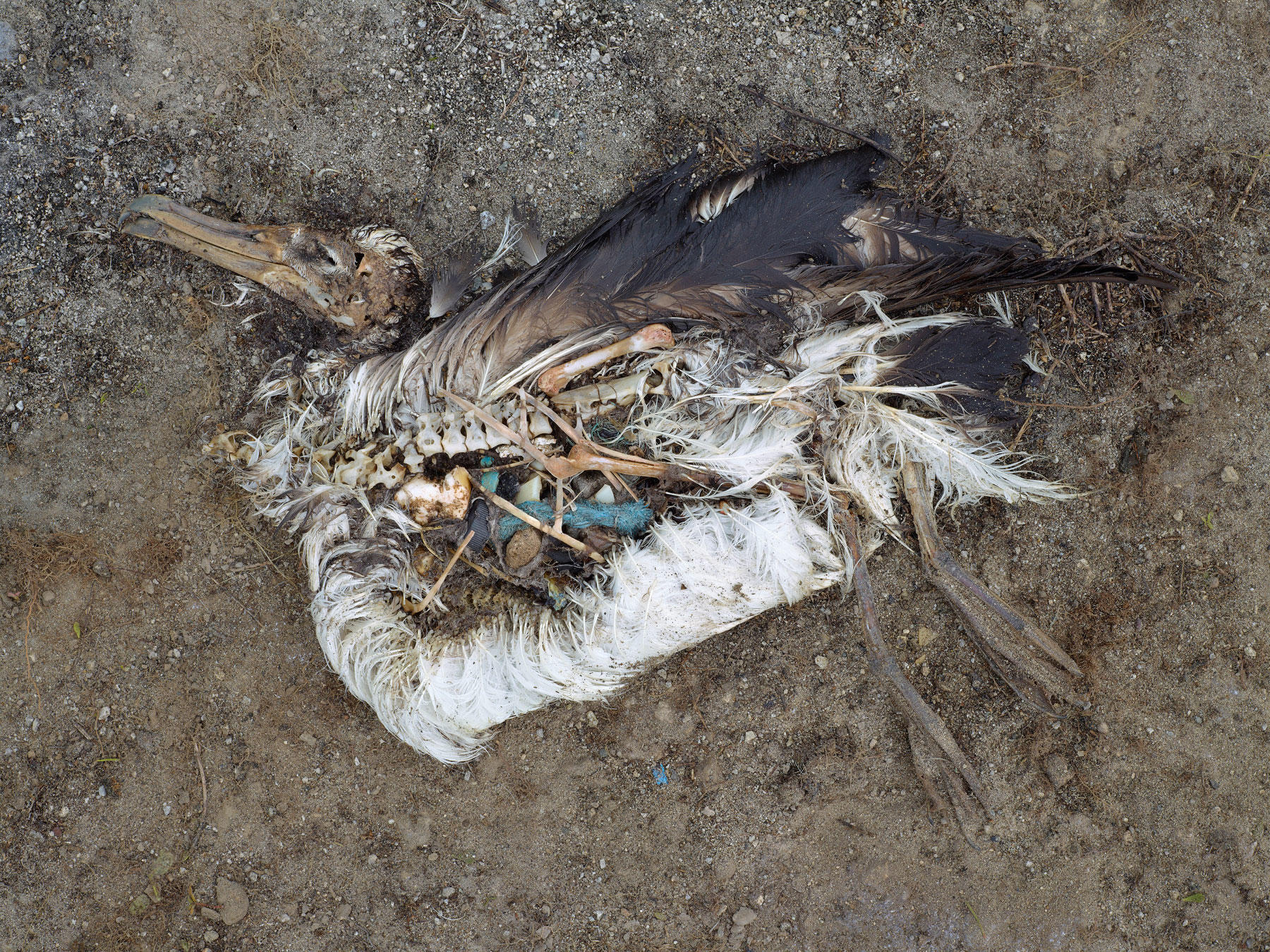 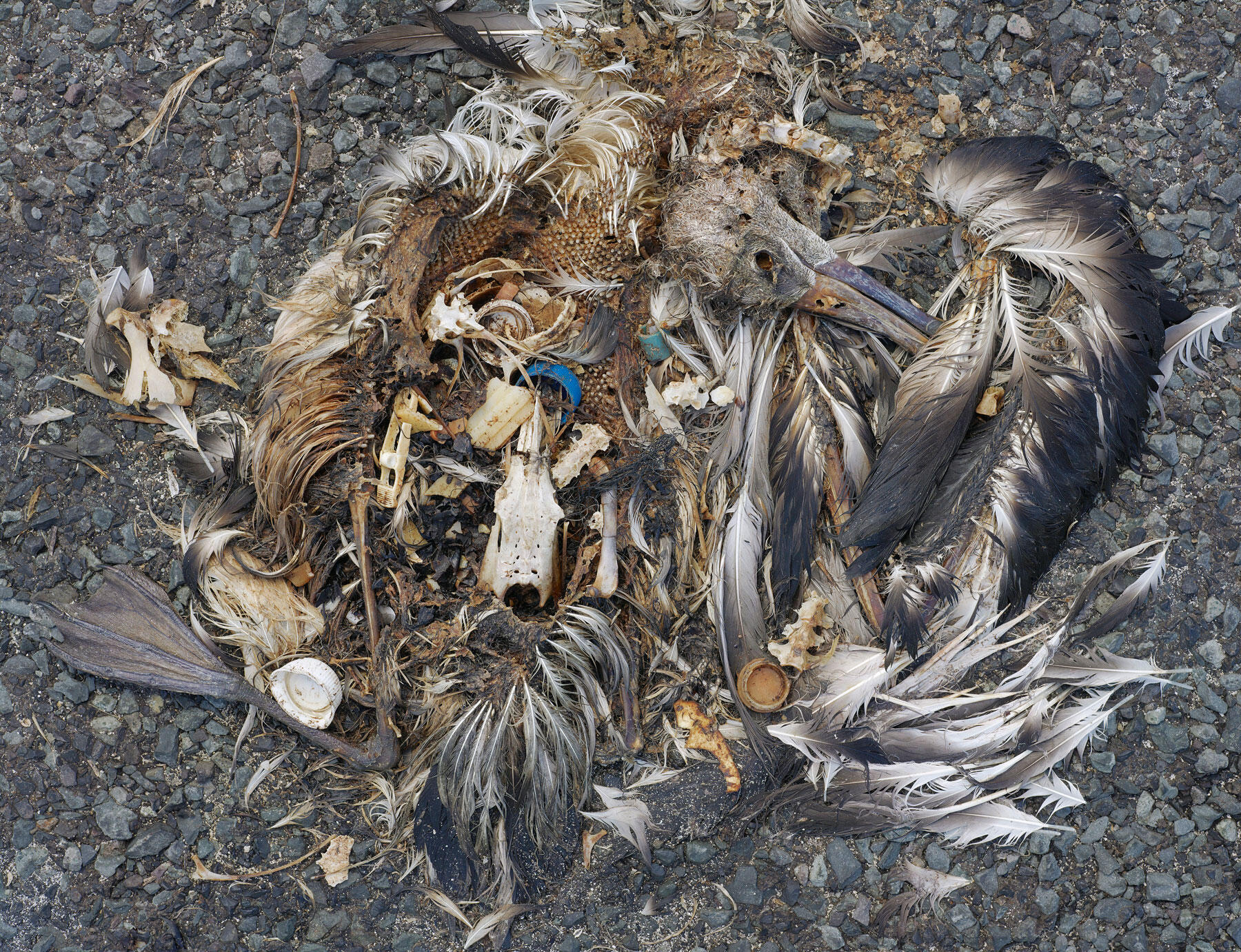 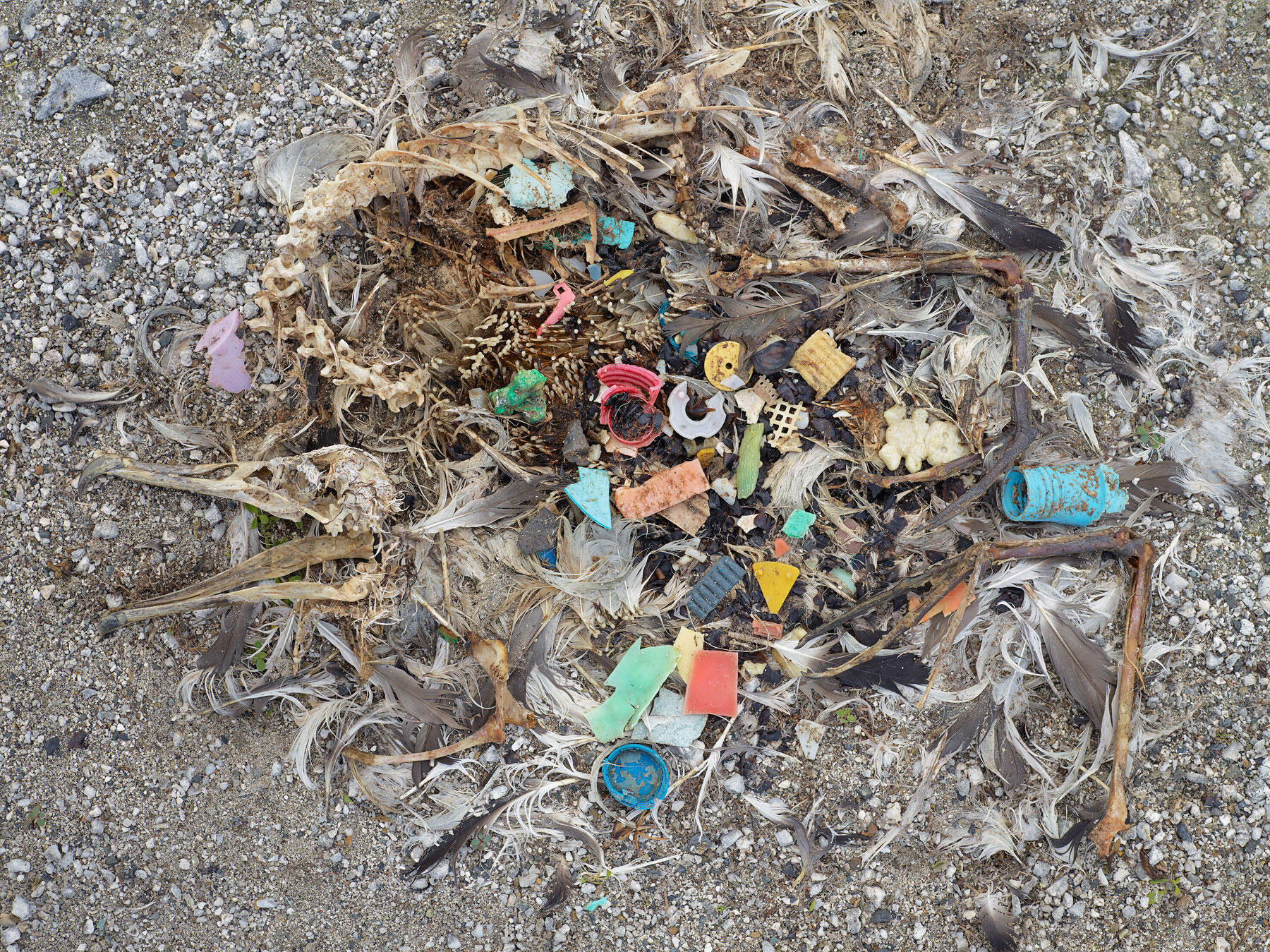 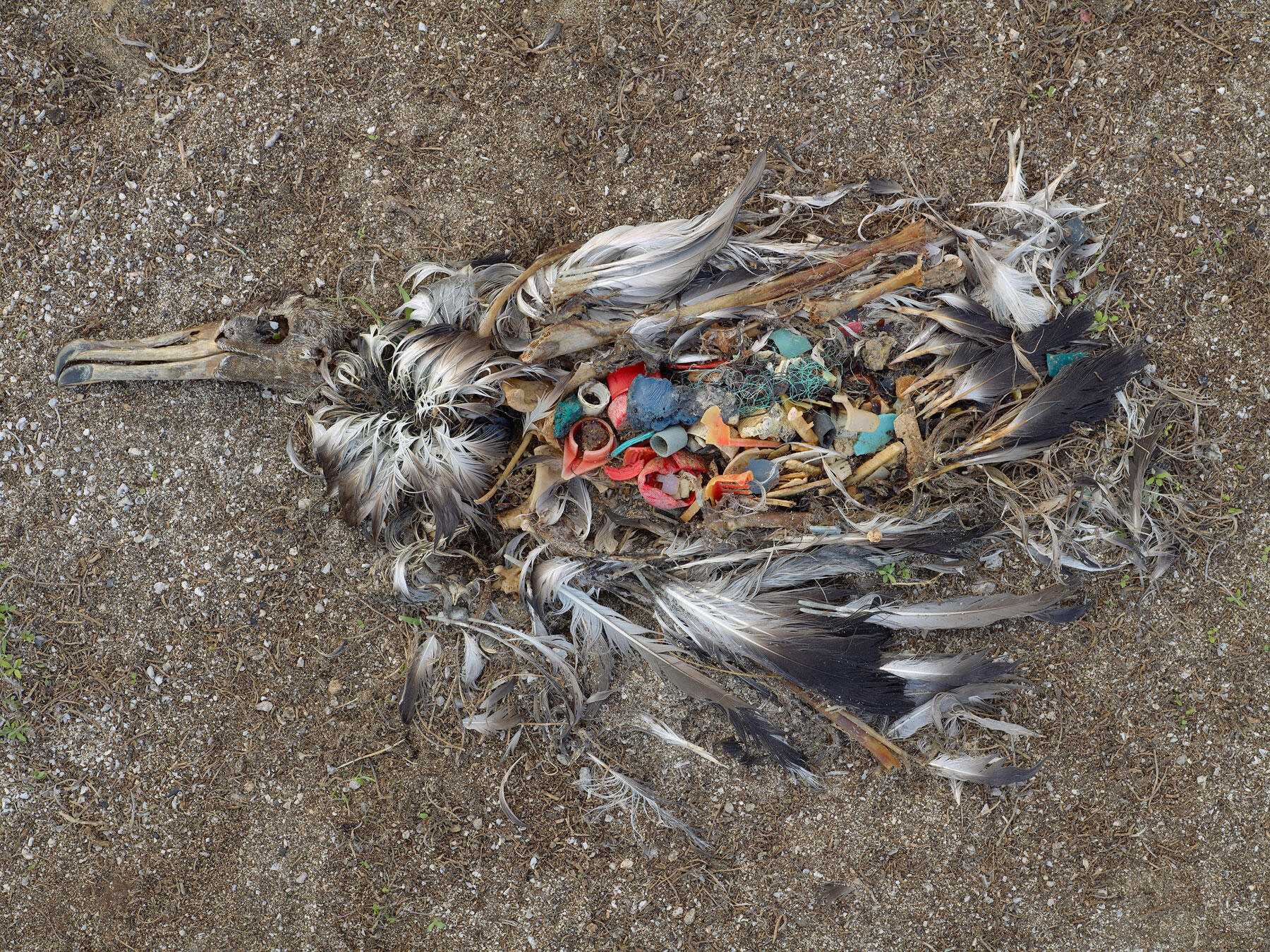 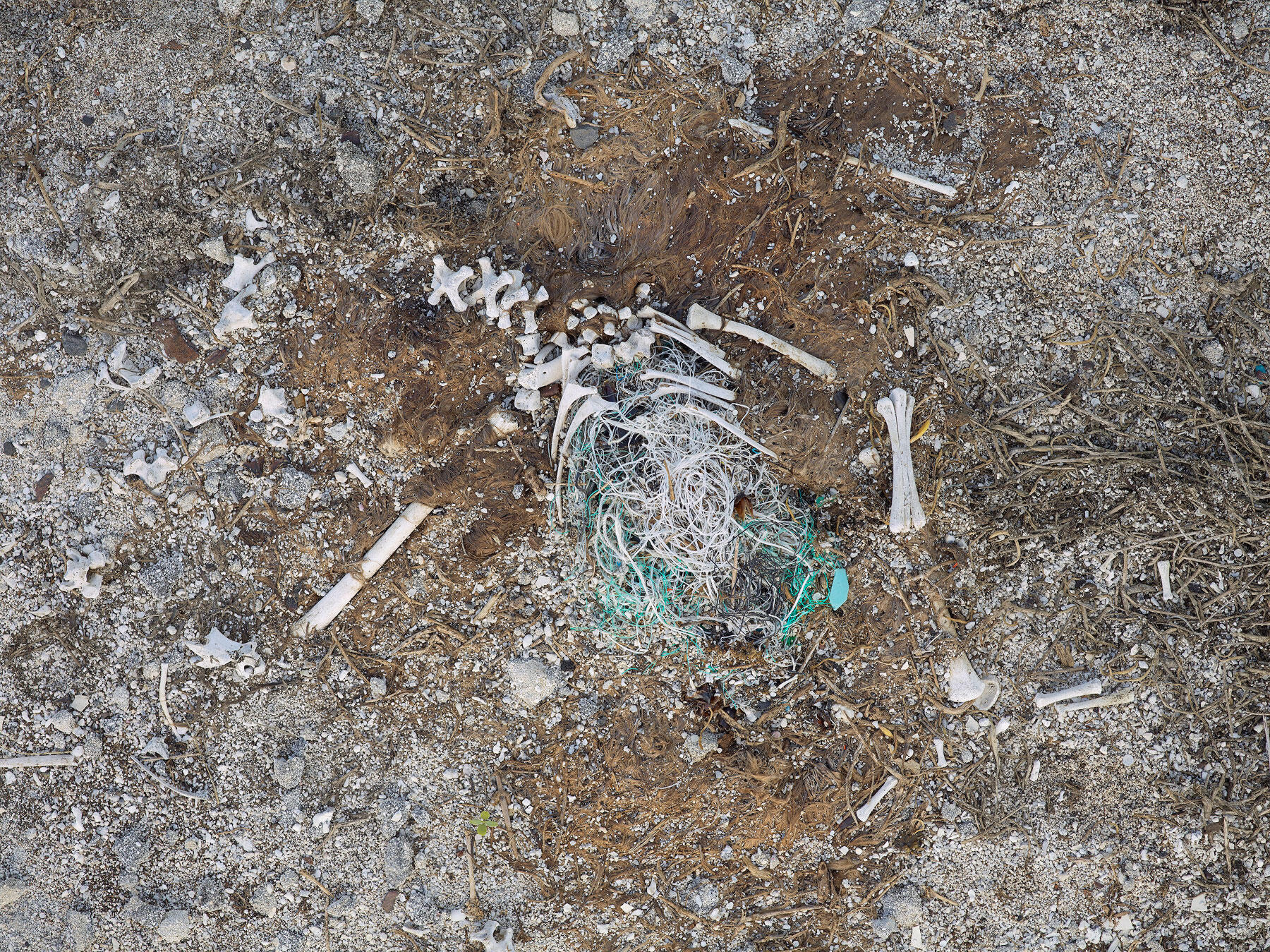 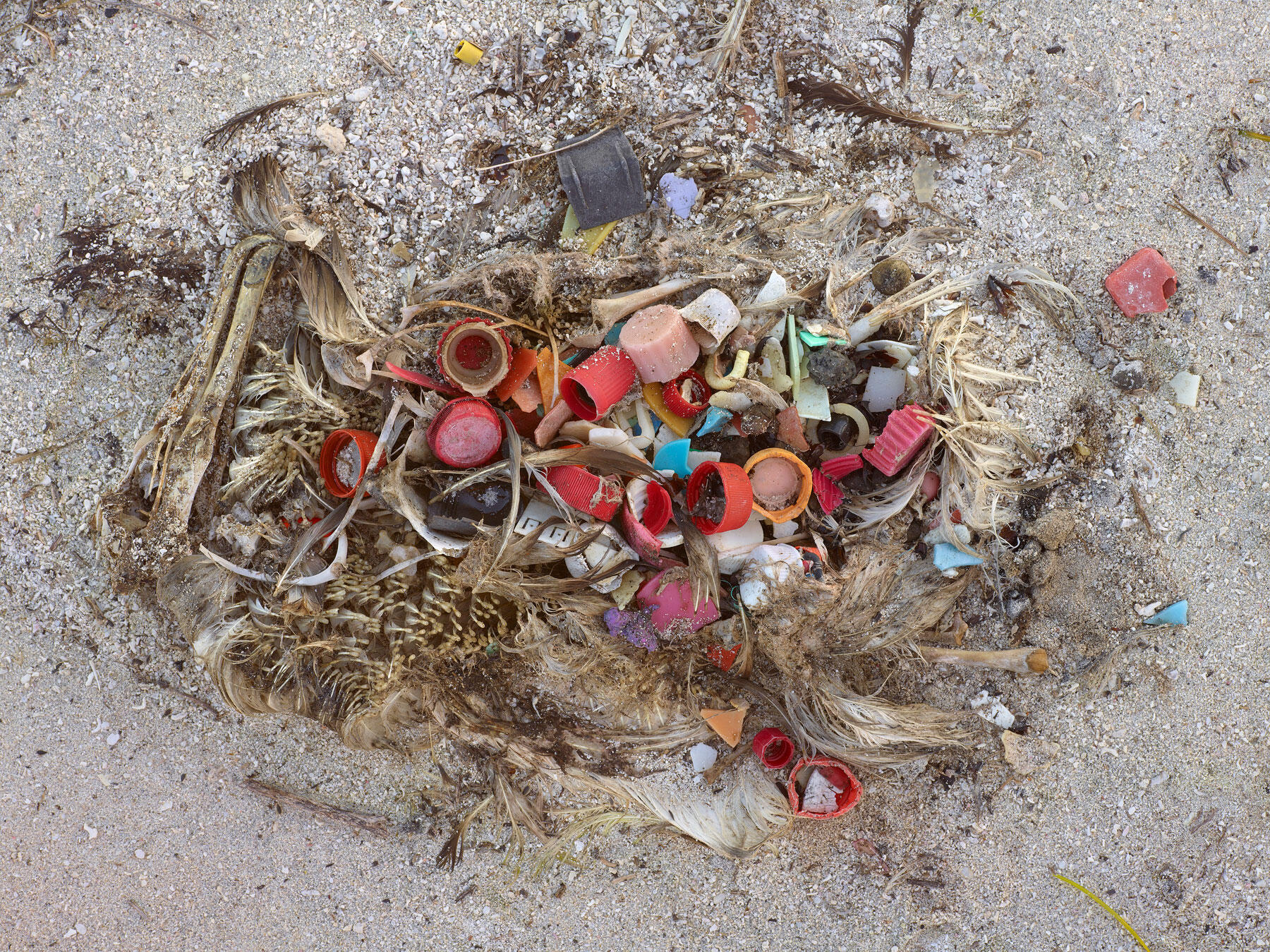 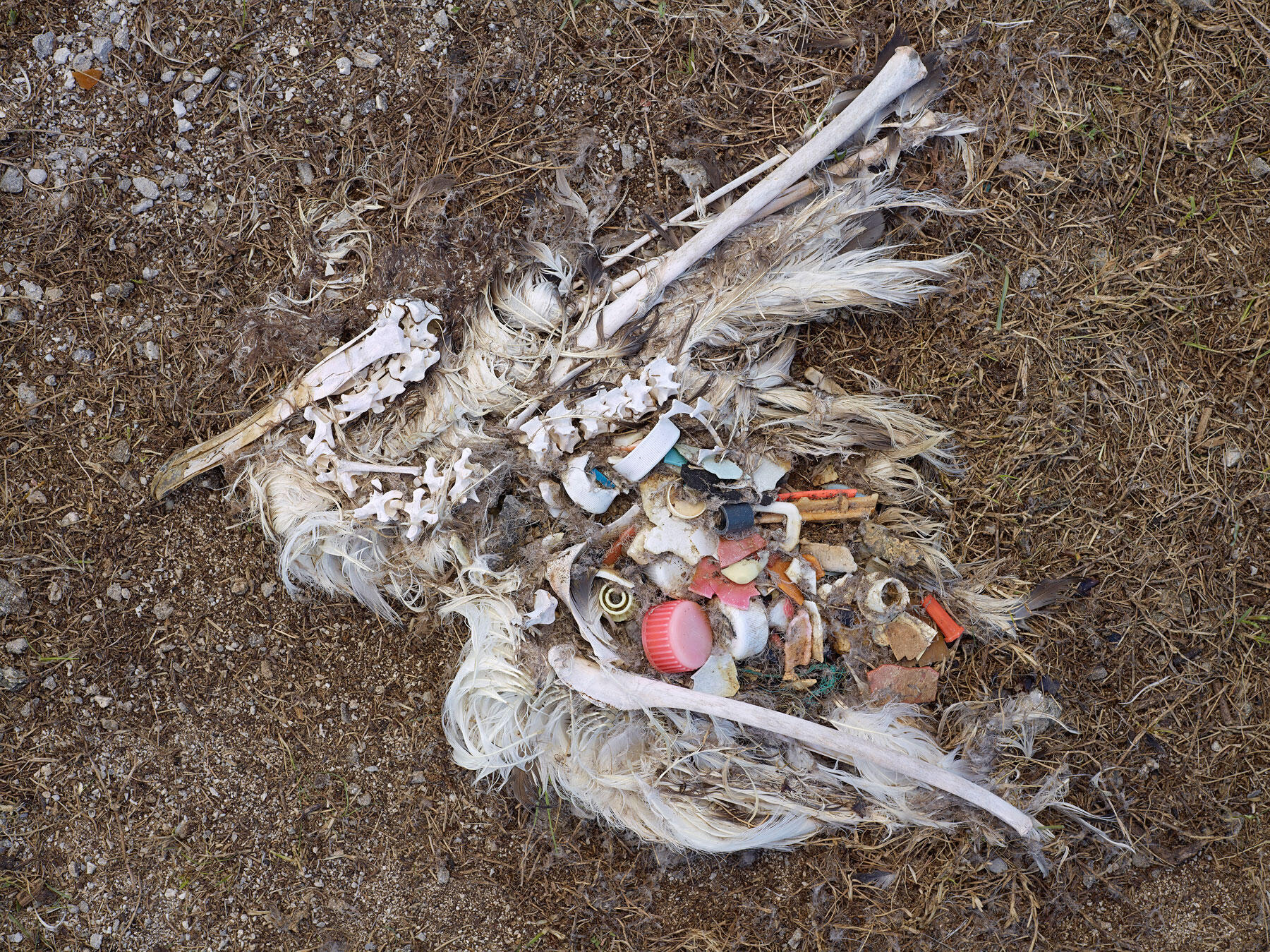 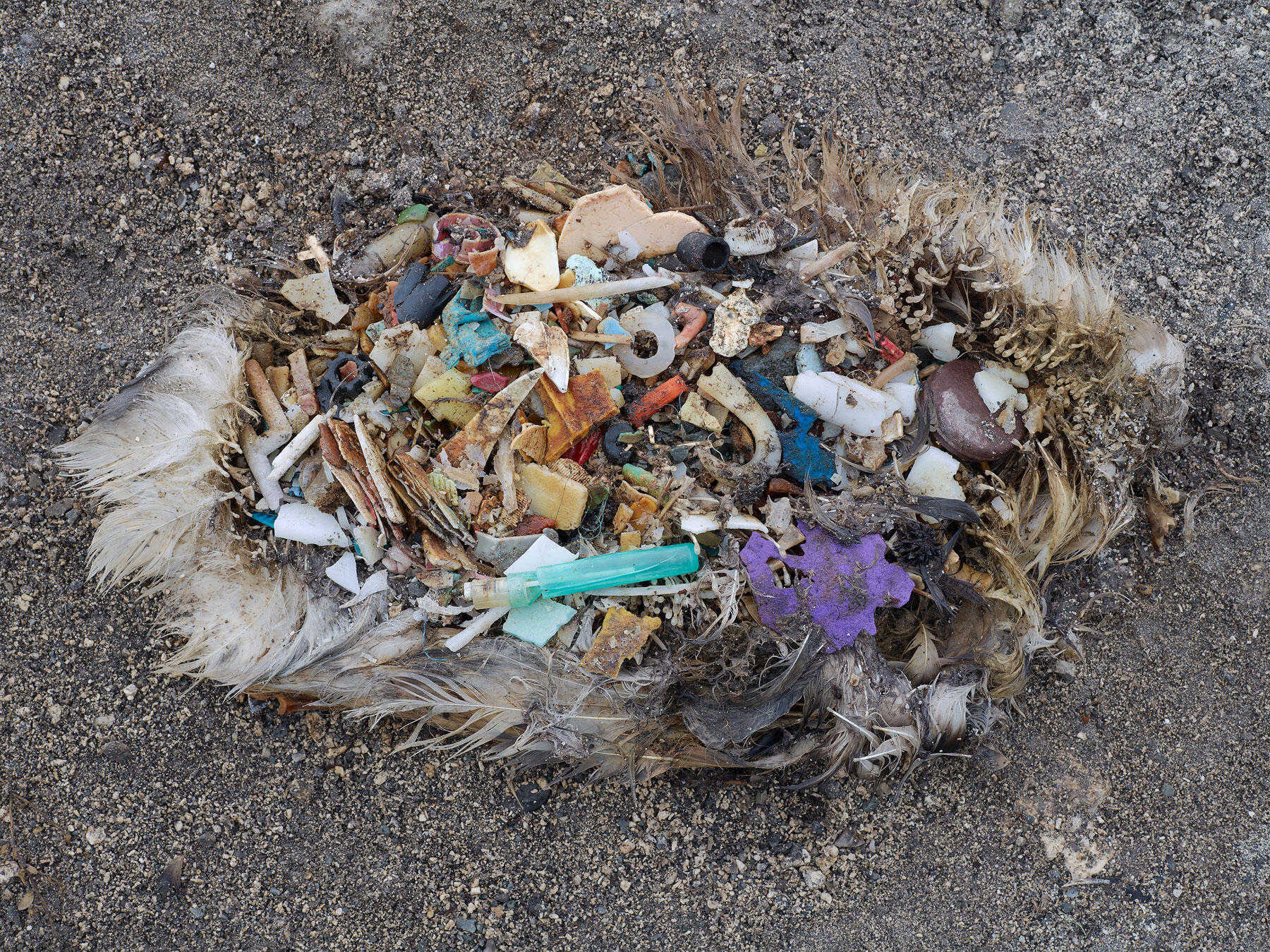 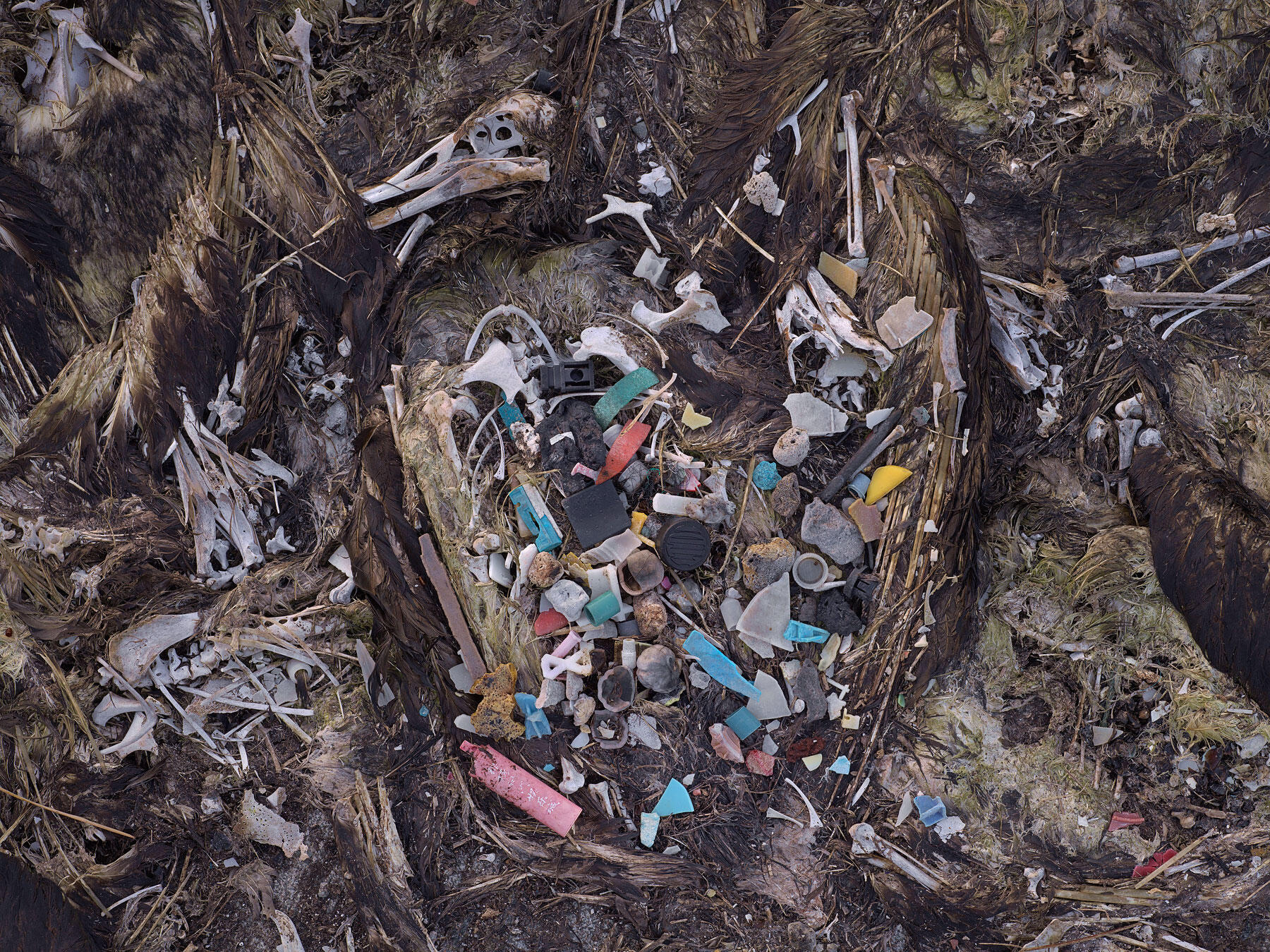 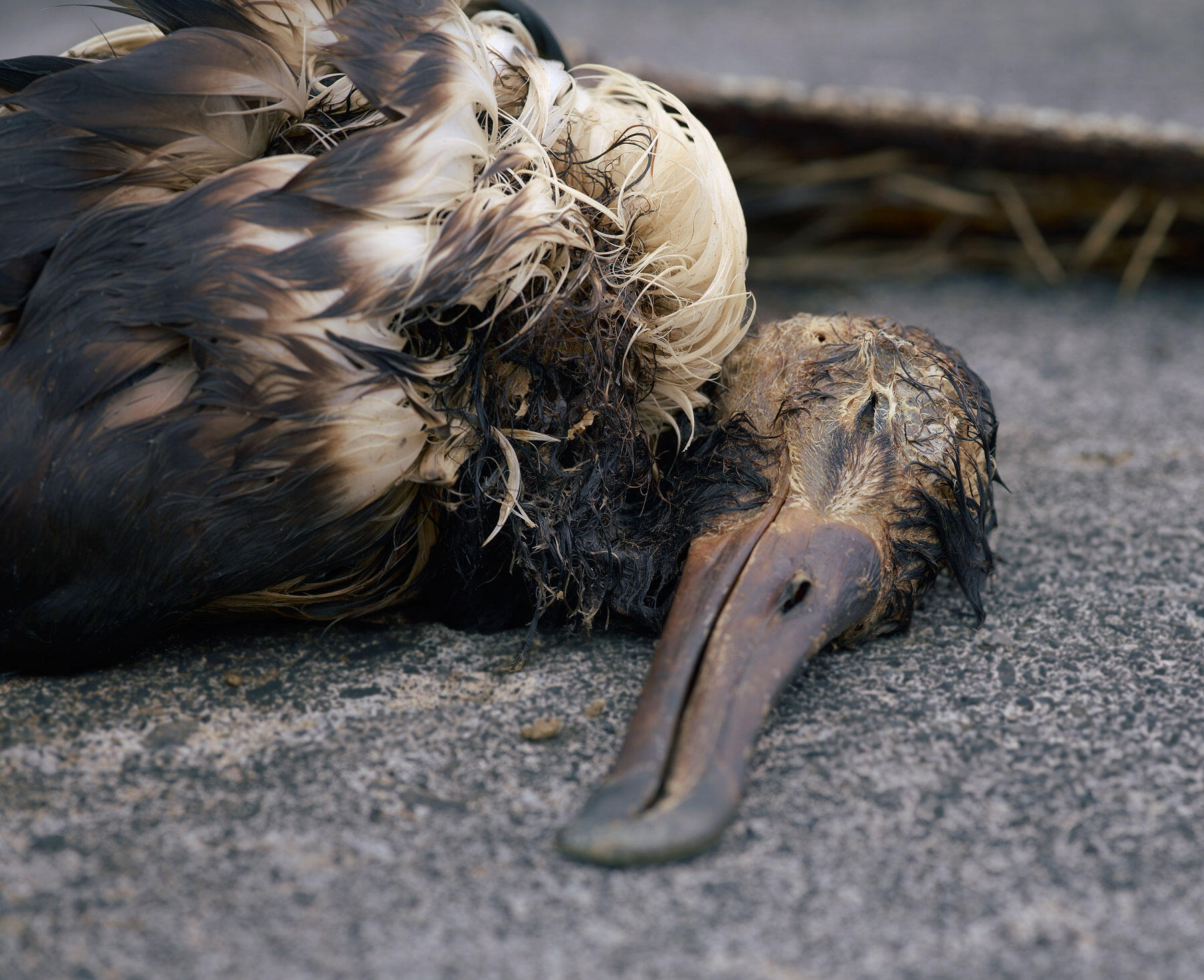