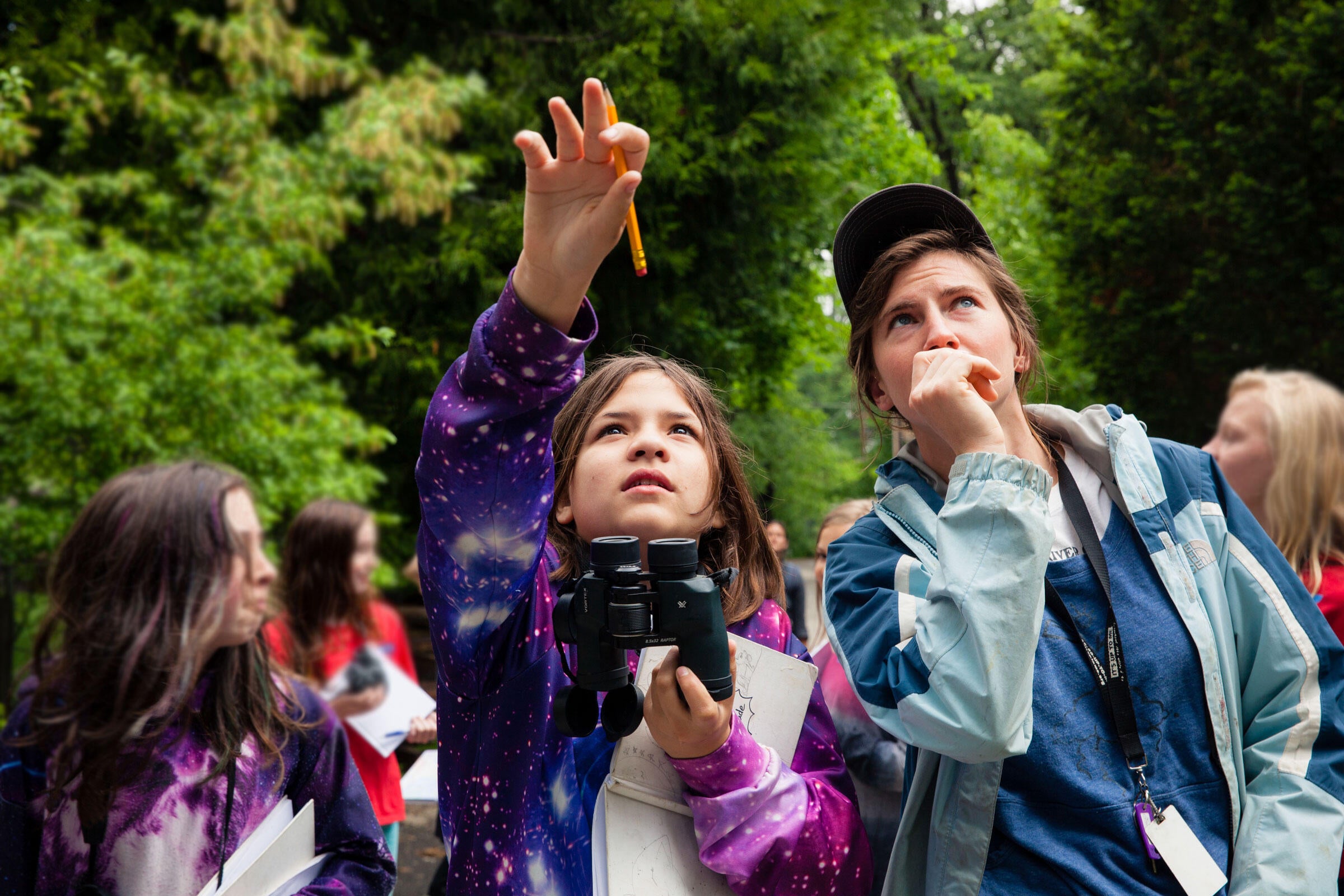 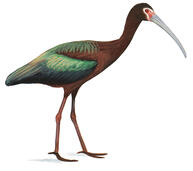 For the elementary school students in Plumas County, California, binoculars and a field journal are completely normal things to carry to school. Using a shovel, however, marks a special occasion.

On Wednesday, May 23, the fifth-grade girls and boys of Quincy Elementary School got to do just that, wielding shovels almost as tall as themselves to plant native flowers, trees, and shrubs in a field next to their school. The Plumas Audubon Society helped organize the Dig Day event to teach the children about how birds and other pollinators use different native plants for food and habitat. The Dig Day was one of four such events that took place throughout May and June, and funding for the seedlings and native plants came from a grant provided by the Coleman and Susan Burke Center for Native Plants.

“There’s a lot of public land and open space around here,” says Michael Hall, field coordinator for Plumas Audubon. “I started working with schools and realizing kids don’t get out; they’ve never been to many of the lakes and destinations around here and [these programs] are a good way to get them outside and add on to the outdoor education the schools were already doing.”

Plumas County is tucked into the northeastern corner of California, stretching across 2,000 square miles of national forest and the Sierra Nevada Mountains. Against this picturesque backdrop, educators in the area are rethinking the way their students learn about the natural world. And birds are front and center in that effort.

During this past school year, every fifth-grade class in Plumas County adopted a curriculum focused on birds. At Quincy, this meant each of the 55 fifth-grade students became an expert in a bird of their choice, participated in a Christmas Bird Count, and had at least one class outside almost every week (except in the dead of winter) to go birding.

To celebrate the end of the school year—and, for the students, their role in the Year of the Bird—the fifth graders from each of the county’s four schools had their own Dig Day organized by Plumas Audubon. The students thoroughly enjoyed the native plants project, says Helen Lemnah, a fifth-grade teacher at Quincy Elementary. “The planting made me think, oh my goodness, we need to do a lot more planting and digging holes!” Lemnah says. “They were so happy, they were really thrilled, even those kids who tend to be standing on the sideline." Then, the day after the planting, Plumas Audubon led a Big Day of birding so that the kids could see birds using the same types of trees and shrubs they had just planted.

“Because of that continuum, they keep visiting some of the same places looking for different types of critters,” Lemnah says. “I find that very brilliant too, learning all the different layers of how the critters interact.”

For Rob Wade, the mastermind behind this outdoor-first curriculum, these programs are the culmination of 22 years of hard work. When he took over as the science and outdoor education coordinator for the Plumas County Office of Education, his main job was presiding over a rundown community center and running a one-day outdoor program for sixth grade students. Now, he’s integrated outdoor education into every classroom, from kindergarten to twelfth grade.

“My goal was to have 13 years of public education where kids would go outside for meaningful learning,” Wade says.

Plumas Audubon has been a key resource for Wade as he’s expanded these programs, helping teachers learn their birds and guide field trips around the neighborhood and into the surrounding mountains. One must-see spot he routinely takes kids is the 100,000-acre Sierra Valley.

It’s “part of the Pacific flyway, and we get White-faced Ibis and huge flocks of Sandhill Cranes migrating through there in the spring," Wade says. “The winter raptor population is pretty epic out there—drive across the valley you’ll see 50 different hawks and eagles.” 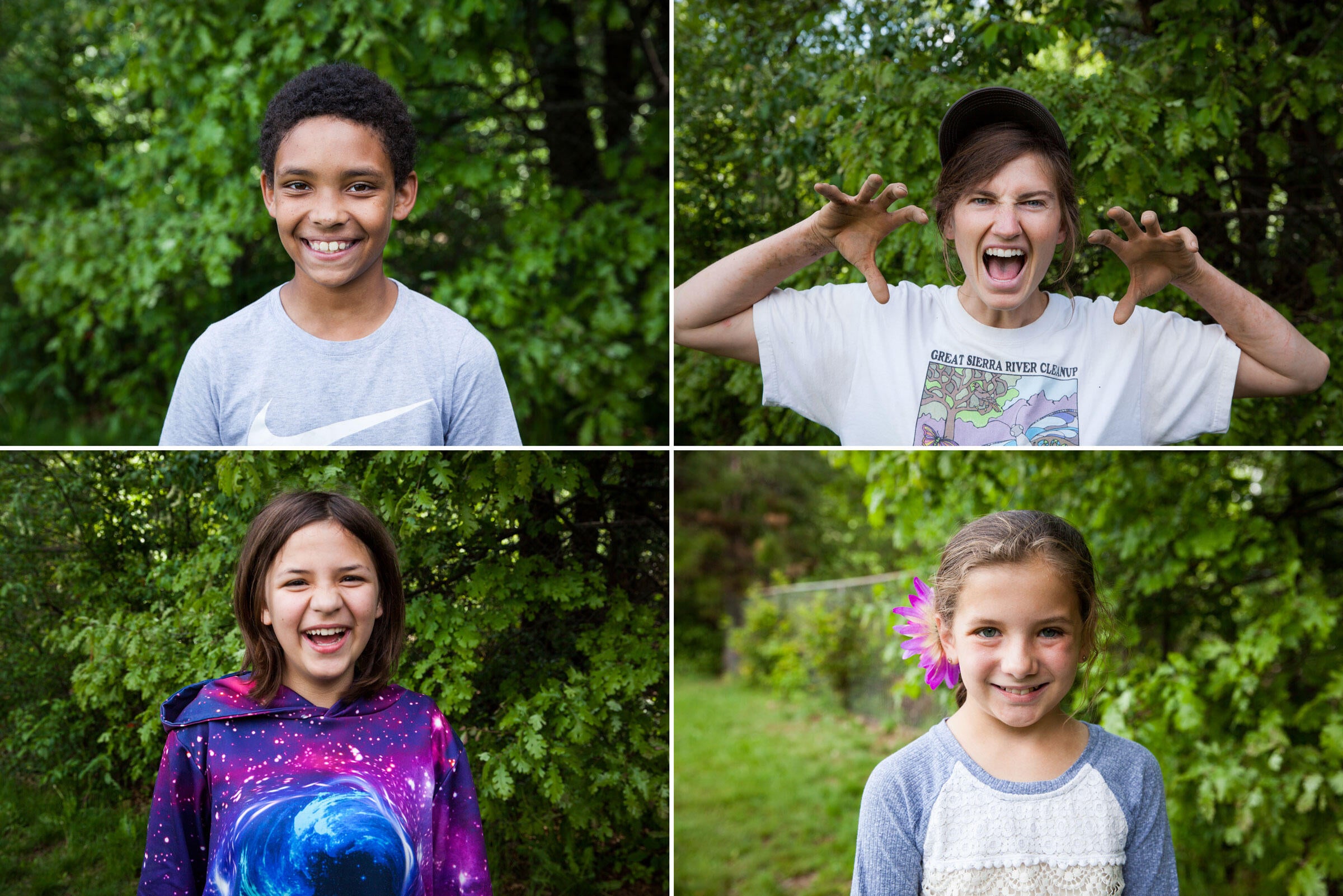 Plumas Audubon is also bringing climate education to high school students in the area. The Birds and Climate curriculum, spearheaded by Plumas Audubon’s development director, Teresa Arrate, allows high school students to dive into the data around climate change and examine resulting shifts in local bird populations. Arrate funded the curriculum initially through a National Audubon grant and then expanded it through an Environmental Protection Agency grant.

Wade worked closely with Arrate to make sure the program led with science in a way that would allow students to discover the realities of climate change themselves. “All of our kids, they follow the data, they see through evidence, which is what scientists use, that the climate is changing and having an impact on our bird populations,” Wade says.

Wade and Plumas Audubon are constantly devising new and creative ways to get kids outside. This summer, for example, Michael Hall is taking six high school interns out into the field to restore habitat in nearby areas destroyed by the 2007 Moonlight wildfire. The internship is a paid opportunity for these kids to spend six entire weeks outside, restoring habitats with their own hands.

Too often, outdoor education is the exception, not the rule, Wade says. “We want our experiences outside for our kids to become regular,” he says, “but not any less amazing.”

Audubon in a nonprofit dedicated to saving birds and the places they need. You can support our conservation work by making a donation today.