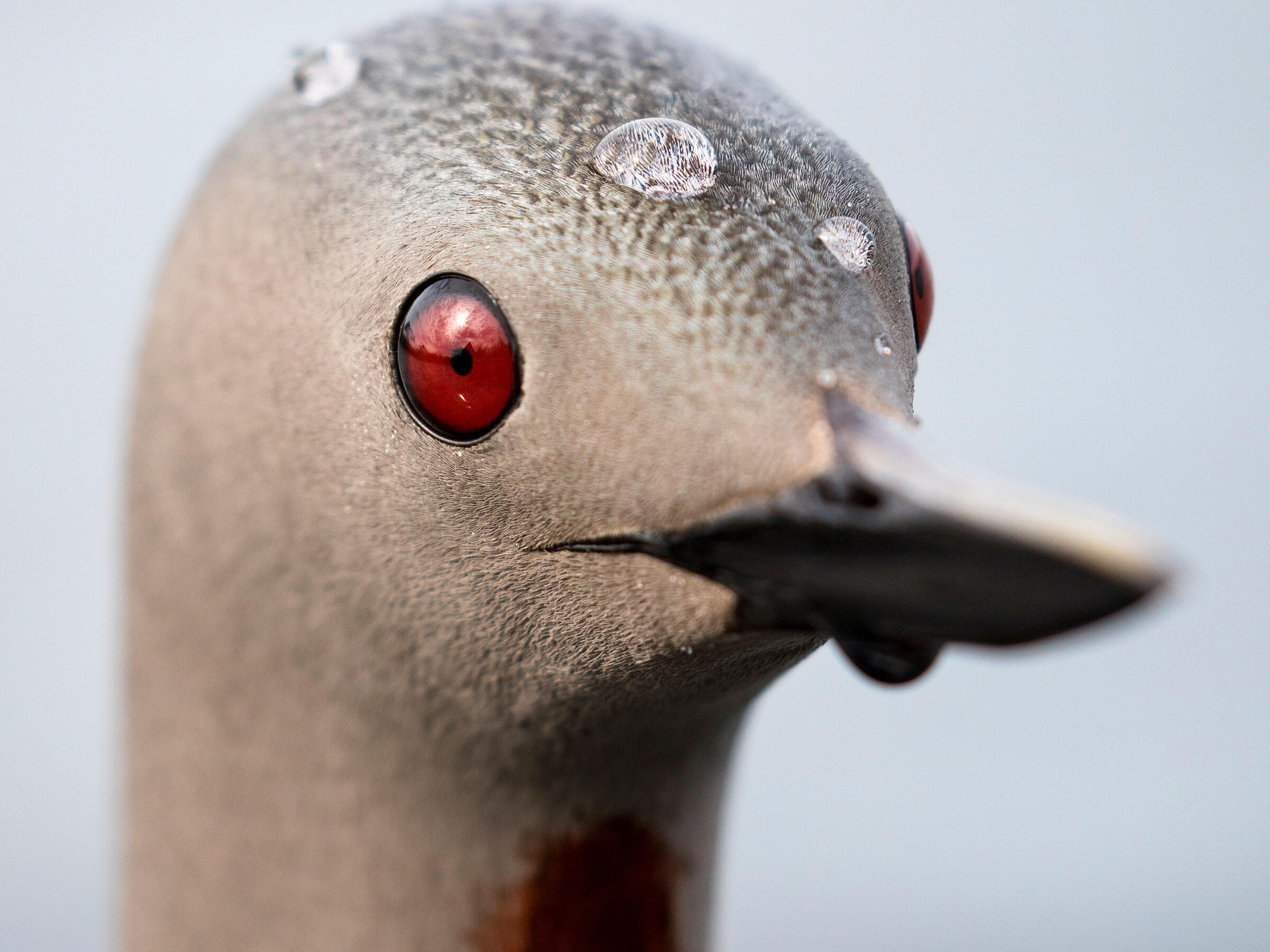 During his close encounter with this Red-throated Loon, Gertsman says he was careful to consider whether he was disturbing the bird, as he is with any of his subjects. Photo: Liron Gertsman

After a friendly tip, a canceled flight, and a rented bike, Liron Gertsman snapped this intimate shot of the inquisitive bird

When Liron Gertsman’s flight to St. Paul Island, part of a volcanic archipelago in the Bering Sea, was canceled due to an incoming storm, he wasn’t too upset. The 17-year-old was heading to the birding hotspot with his father to celebrate his high school graduation, but the two had decided to spend a few days in Anchorage before the flight. Now they had an extra unplanned day—and a loon they wanted to see again.

When the two first arrived in Anchorage, a local birder had told them about a lake not far from downtown known to have a friendly summering Red-throated Loon, a rarity that far south in its full breeding plumage, Gertsman says. The morning after he got the tip, he and his father drove to the lake without success. But returning to the site that evening, he spotted the loon fishing out on the water as soon as they stepped out of the car.

Once at the lake’s edge, Gertsman found the bird more than lived up to its sociable reputation. “It surfaced right in front of me, so close that literally, it splashed me,” he says. Throughout the evening, the loon spread its wings, let out ringing cries, and inspected the newcomer as he photographed away. “It was so interested in me, at one point it pecked the edge of my lens,” Gertsman says.

The next day, with their flight canceled, Gertsman and his father were determined to return to the lake. There was just one problem: They’d already returned their car. Undeterred, they found a bike rental shop in Anchorage, loaded binoculars, two cameras, three lenses, snacks, and water into a backpack, and pedaled five miles to the lake in the bright summer evening.

That night, the bird was just as curious as before, and Gerstman was able to squat low and snap an intimate portrait of its glassy, red-eyed stare. Such close-ups, “pretty much only happen on the animal’s terms,” Gertsman says.

For Gertsman, the secret to getting these shots is to position himself where a close encounter is likely, rather than attempting to approach an animal from far away. The key, he says, is to observe a bird and figure out its routines while ensuring your behavior is not disturbing the animal, including bothering a bird near its nest or blocking an essential feeding site. And if a bird begins to look distressed, it’s time to back away.

Having spent the previous day getting to know the loon, Gertsman felt confident in his placement and let the bird come to him. Understanding his subjects’ behavior also helps Gertsman capture small details in his shots, like the beads of water clinging to the loon’s head after it emerged from its dive. “If you just have one little extra detail in addition to the close-up, it can add a lot to the photo,” Gertsman says. “Being aware of the behaviors of birds helps to predict that.”

This link between awareness of bird behavior and capturing a rare moment is something of a mantra for Gertsman. It’s how he managed to sweep the Youth Category of the 2018 Audubon Photography Awards, and it’s why when he couldn’t be on a flight over the Arctic seas, he instead found himself at the edge of a lake, face-to-face with a loon under the midnight sun.