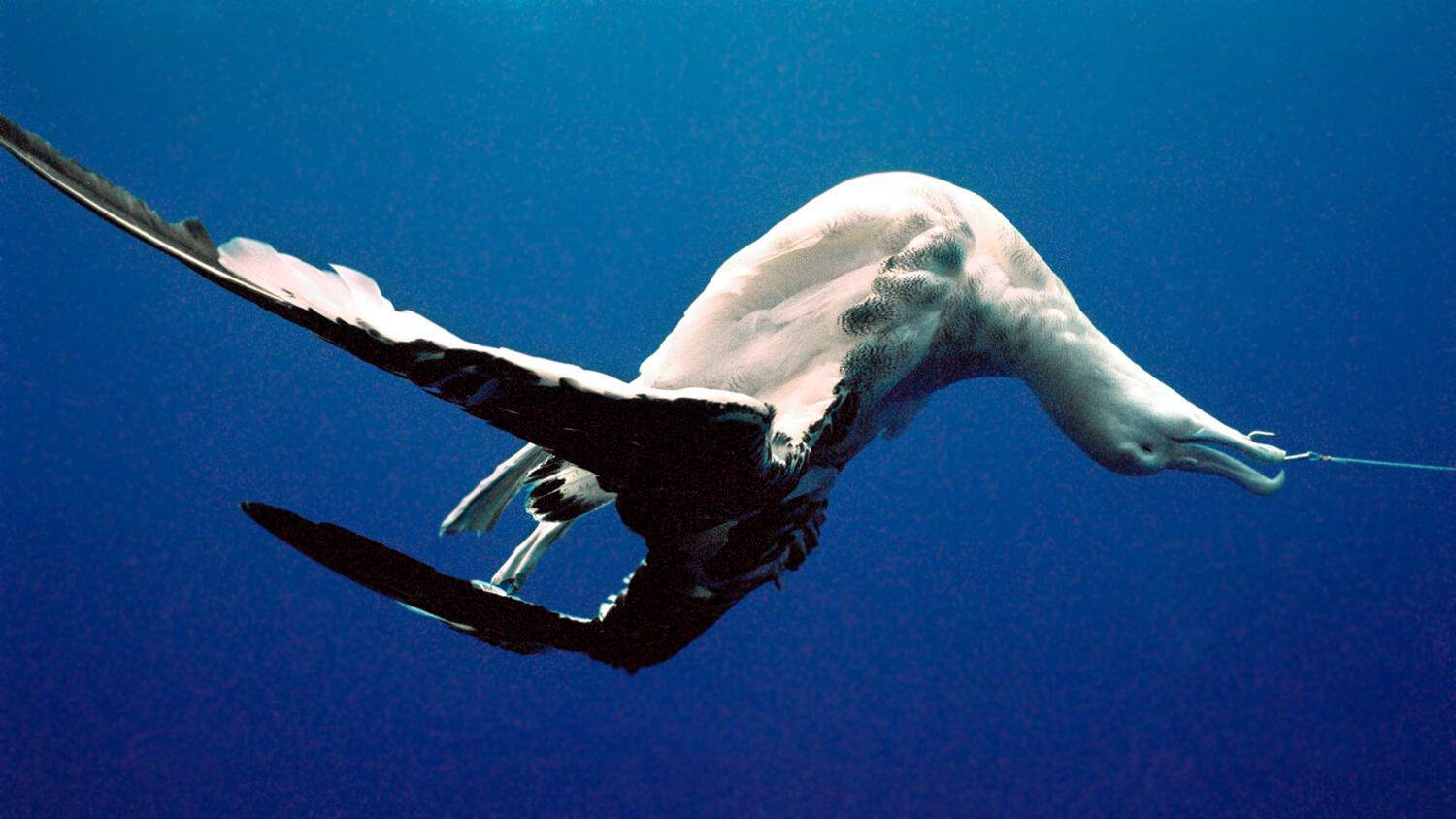 How to Protect Seabirds From Fishing Threats

A new study shows that seabird populations have crashed by 70 percent. Here are five innovations that might help slow the trend.

Two hundred and thirty million: that’s the number of seabirds we’ve lost between 1950 and 2010 because of human-related hazards—70 percent of global populations—according to a recent study by researchers at the University of British Columbia in Vancouver, Canada. Such steep declines are bad news for birds—and the entire marine ecosystem. “Seabirds play an important role in the food web because they’re predators and they’re also prey, so their removal would influence the structure and function of the food web,” says Michelle Paleczny, a master’s student and lead co-author on the paper. “Their guano also essentially fertilizes the nearby coastal environment and the food webs there.”

As conservationists work to save seabirds from an onslaught of threats that include overfishing, bycatch, and pollution, a number of new innovations are coming online to help.  Here are five of the latest:

For birds, trailing longlines must seem like a never-ending seafood buffet. But frequently seabirds get caught on hooks and drown, before they can make off with a pilfered fish. One biologist came up with an easy solution to keep the fish—not the birds—on the hook. Edward Melvin from the Washington Sea Grant designed a line trimmed with neon orange streamers that could be suspended from the boat’s mast to hang directly above the fishing lines. In field tests, birds trying to dive for fresh-caught fish were startled by the fluttering streamers and avoided the boat. The design cuts out seabird bycatch almost completely. It’s been used in fisheries off the coasts of South Africa and Alaska. 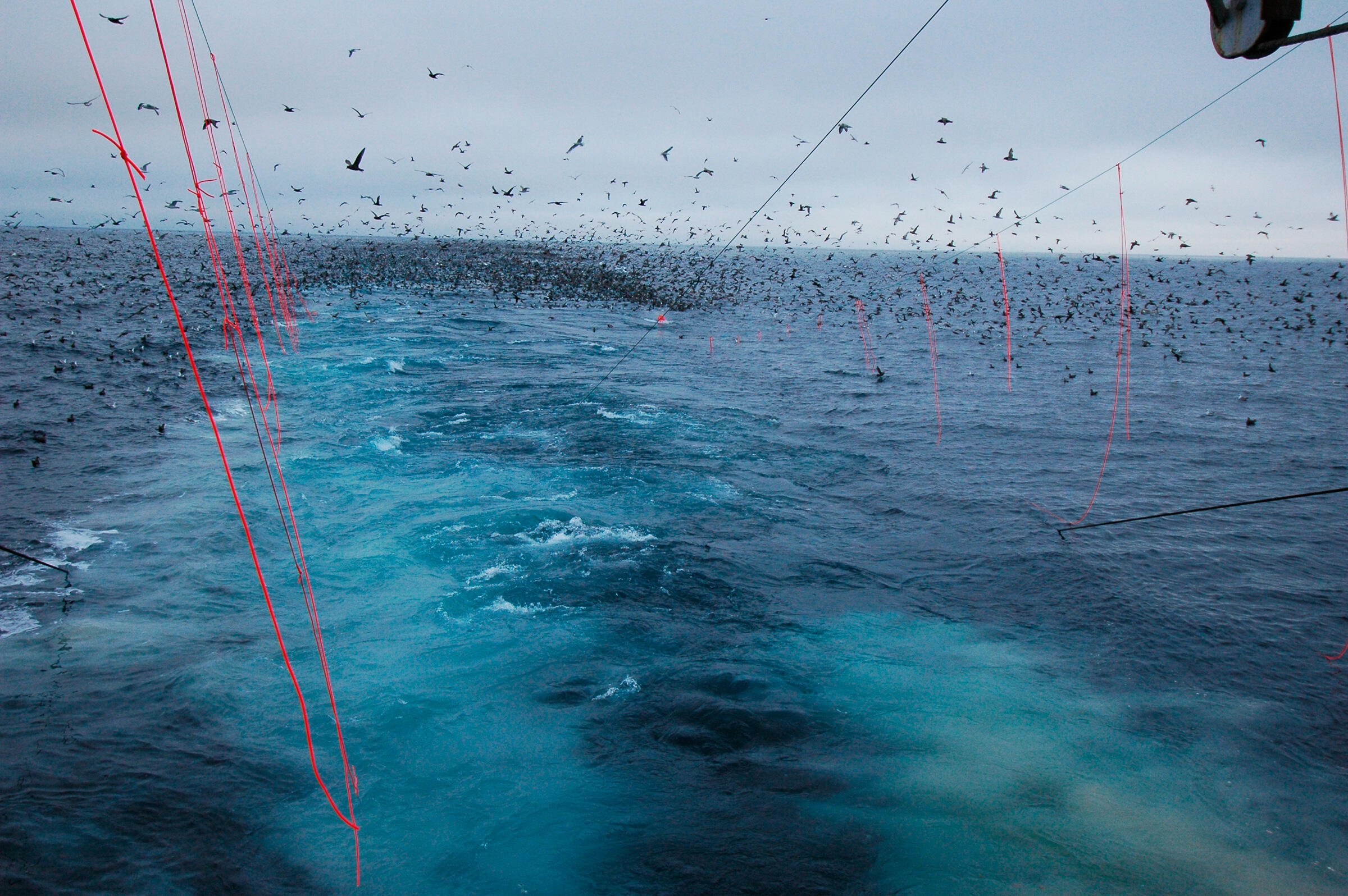 The two streamer lines on this trawl vessel (photographed in the Bering Sea in 2005) are preventing thousands of shearwaters from getting tangled in the boat's cables. Photo: Ed Melvin/Washington Sea Grant

Fishing nets pick up loads of unwanted catch—nearly 30 million tons of it each year to be exact. Trawl fisheries are one of the biggest offenders, with long narrow nets dragging along the seafloor, raking up everything in their path. To solve this problem, a team of researchers based at Germany’s Thünen Institute for Baltic Sea Fisheries have tailored a trawl net that frees unwanted species. Called the Freswind, it allows unwanted flatfish—species like European halibut, plaice, and sole—to slip through horizontal gaps that match their shape and swimming behaviour. Meanwhile the desired fish—rounder species like cod and hake that can’t wriggle through these slim windows—remain trapped in the net. Field tests have shown the Freswind reduces flatfish bycatch by more than 60 percent.

Overfishing can lay waste to the once-vast shoals of fish that seabirds rely on for food. So last year, a team of Norwegian researchers designed the Air-Powered Sampling “cannon,” a device that blasts a mini trawl net into a giant dragnet. The trawl grabs a representative sample of the fish in the area of the larger net, giving fishermen a peek at what they’re about to haul in. If the sample includes a ton of non-target fish, protected species, or fish that are too small to legally be caught, the fishermen know to release their catch and begin again. Ultimately, this prevents overfishing and leaves vital types of fish where they should be: in the ocean for birds and other marine animals to eat. Currently, the researchers are testing their cannon on fisheries in Norway and Peru.

Something Borrowed, Something New

Melt down a pile of bird-killing monofilament fishing lines and what do you get? Kid’s stuff, like tackle boxes and toys. Conservation groups such as The Boat U.S. Foundation are encouraging fishers to recycle their lines. Along North American coasts, the Monofilament Recovery and Recycling Program in Florida has established dedicated recycling bins for nets and lines, and the Golden Gate Audubon Society has installed receptacles in the Bay Area. Meanwhile, internationally, an organization called Net-Works is working with communities in developing coastal nations to gather plastic nets, which they then sell to a company that converts the nylon fibers into carpet tiles.

The SeabirdSaver was designed with tech-savvy fisherman in mind. Developed by a marine biologist and a product manager from the Netherlands and endorsed by the World Wildlife Funds's International Smart Gear Competition, the system, which can be mounted on deck, shoots out a (safe) green laser beam that darts across the waves and discourages birds from coming too close. It’s accompanied by a loud soundtrack specially engineered by marine biologists to startle birds. The technology can be used on both trawling and longline boats to stop birds from getting entangled in nets or snagged by hooks. Released in 2014, the SeabirdSaver is already lighting up the seas in Norway, Russia, Iceland, Australia, and the United States.

See the SeabirdSaver in action below: