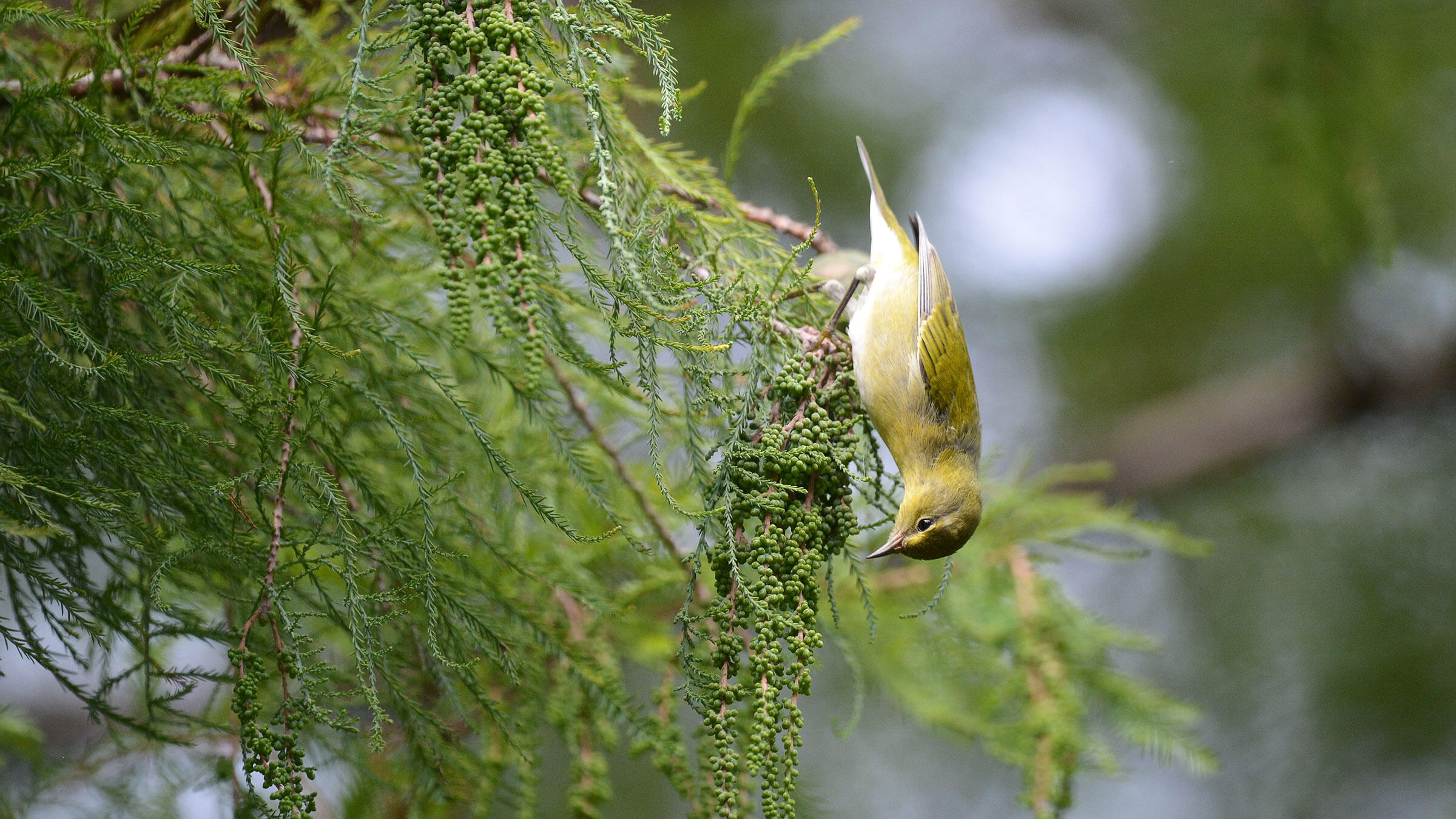 Tennessee Warblers are a bland-looking bunch, all year round. But when other warblers put on their plain fall attire, identifying Tennessees gets even trickier. Photo: Andy Reago & Chrissy McClarren/Flickr (CC BY 2.0) 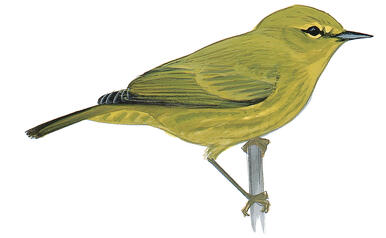 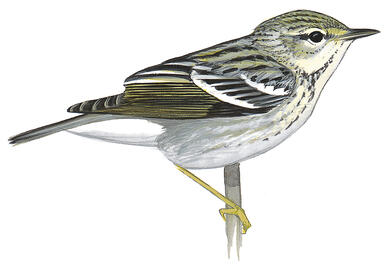 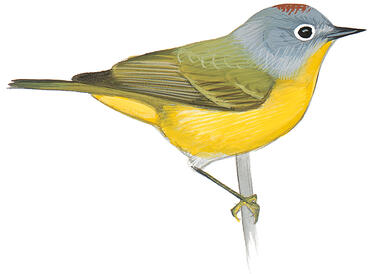 In autumn, the air fills with the groans of frustrated birders as they strain their senses to identify fall warbers. During spring migration, warblers announce their presence with their vibrant plumages and songs, but in autumn, that all changes. The bright, colorful feathers are replaced by dull brown as the birds molt into their non-breeding plumage. And because there's no reason to sing for a mate, they're much quieter, too.

As frustrating as IDing fall warblers can be, there are some ways to make it easier for yourself. Color may seem important, but certain markings and behaviors persist throughout the year. By familiarizing yourself with their finer characteristics, you'll have less trouble distinguishing non-descript warblers.

To get you started, here's a short guide to six species that can be difficult to tell apart in the fall. Hover over the dots on the photos to reveal the ID clues for each.

During fall migration, Blackpoll Warblers follow an all-water route across the open ocean to reach their South American destinations. Look for them in the eastern United States, especially along the coast. Each year, a few lost birds make an appearance on the Pacific shoreline, too. The species usually hits peak migration in late September and early October.

Compared to other warblers, Bay-breasteds get a late start in fall, following a relatively late arrival at their Canadian breeding grounds in June. Their southward migration takes them through the eastern half of the country. Once they land in southern states, they funnel into Central America, reaching Panama, Venezuela, and Colombia in November.

While some Orange-crowned Warblers winter in the southern United States, many also head to Mexico for the colder months. They don't get much farther south than that, however. The birds are more common out West, where they stagger their migrations throughout the fall season. Sometimes they'll even tag along with flocks composed of other bird species.

Tennessee Warblers are early birds when it comes to migration, leaving their summer homes by mid-August. Most follow routes east of the Rockies, though a few may winter on the Pacific Coast. The species barely spends any time in its namesake state.

These warblers migrate through both sides of the county, converging in and around Mexico for the winter. Older birds prefer traveling inland, while first-year birds hug coastal routes, usually from late August until October. This is another species that eschews its supposed home state.

A true birding prize, the Connecticut Warbler is an Eastern specialty. Each autumn, it travels down the Atlantic shoreline to Florida, its most southern stop in the United States before launching toward the tropics. It's one of the earliest warblers to migrate through in fall, and some start as soon as mid-July. But be prepared to catch a few stragglers in early- and mid-October, too.

These stunners make the world better for people and wildlife alike.

Test and hone your ID skills with this raptor puzzle.