Seven Snowy Owls have been spotted near the city this season, though this is nothing compared to last year’s SNOWstorm when owls were “appearing like magic” in the eastern United States in their greatest numbers in half a century, as Scott Weidensaul wrote in Audubon magazine. But compared to the rest of New York history, when you seldom saw a snowy, this is a rare urban storm you don’t want to miss.

Snowy Owls live at the top of the world with the polar bears, says Kevin McGowan of the Cornell Lab of Ornithology. “They are like creatures from another planet.” By weight, they are the largest owls out there. While the birds feed their young small mammals, adults subsist mainly on other birds, he says. “They’ll go offshore at night and hunt sleeping ducks.” Weidensaul writes that he’s even seen them snatch Great Blue Herons and Canada Geese.

There are two main ideas for why these foreign raptors are flying south: either good conditions in the Arctic causing a population boom, or resources are low at home and the owls are out hunting for food.

Either way, this is an exceptional event. So go see them—just don’t get too chummy with these natural predators. “They get stressed when people are close,” says Bate. They’re out of their natural habitat and like to rest by day so they can hunt by dark. Bate suggests not wriggling in to get that perfect photo. Take a good pair of binoculars instead, or even better, a scope.

Before they fly back towards permafrost and polar bears, try to spot them at these locations: Floyd Bennett Field in Brooklyn is a traditionally popular sighting ground, as is Breezy Point and Jamaica Bay in Queens. Governor’s Island saw its first Snowy in remembered history this year, and Jones Beach along the Atlantic can lend some unbelievable sightings, says Bate—sometimes you can even see the Arctic travelers “on the dunes overlooking the ocean.”

If you’re unable to travel to these lookouts, here’s the second best vantage—owl photos taken in and around New York City during last year’s Snowy blizzard. 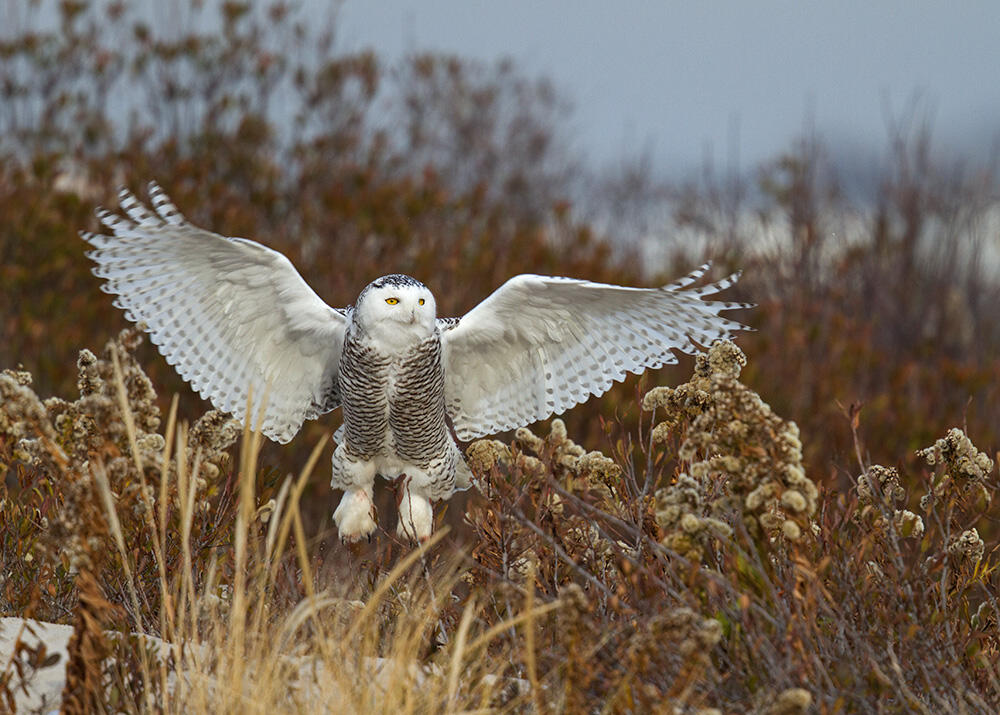 It's time to start hunting in Breezy Point, New York. "This snowy is probably the biggest I’ve photographed this winter," says the photographer. "Just the head is about the size of a soccer ball." Photo: Francois Portmann 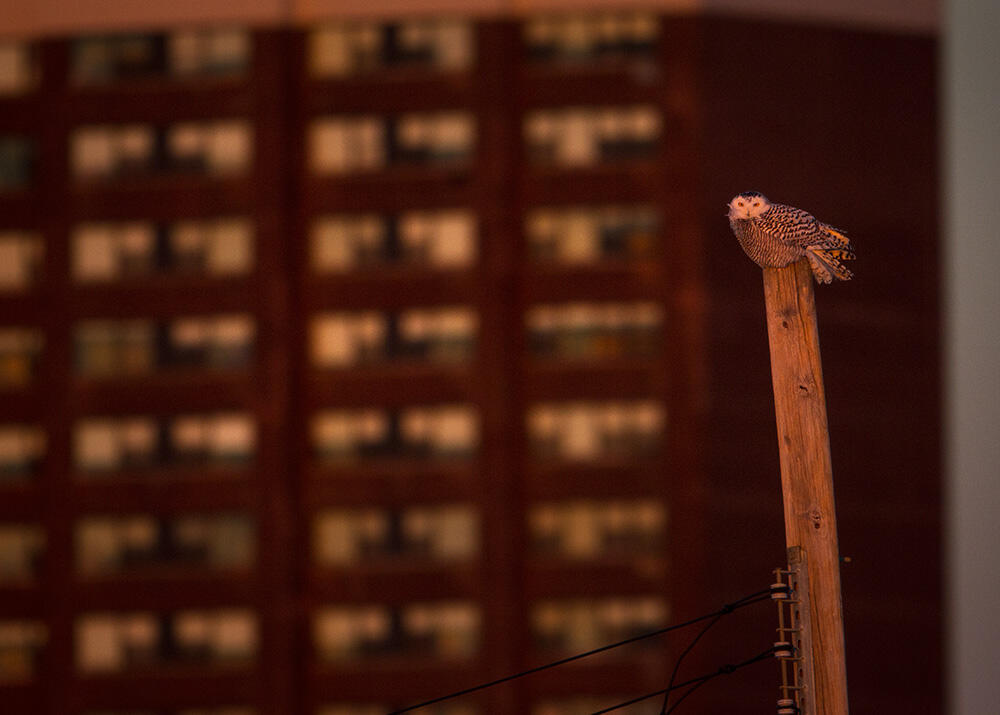 This image was taken in in Arverne in the Rockaways, New York. "I always love the contrast between the two worlds when possible," writes the photographer. Photo: Francois Portmann 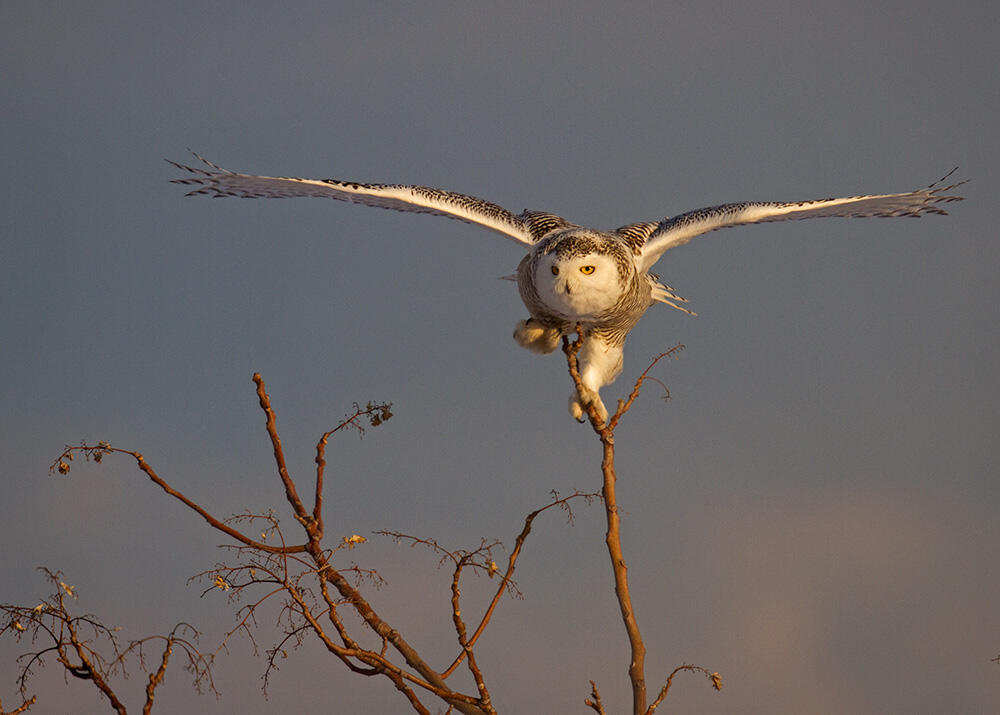 This bird is hunting at Breezy Point, New York in strong wind. "It's surprising to see these huge birds perched on thin branches; it shows how light they really are," writes Portmann. Photo: Francois Portmann 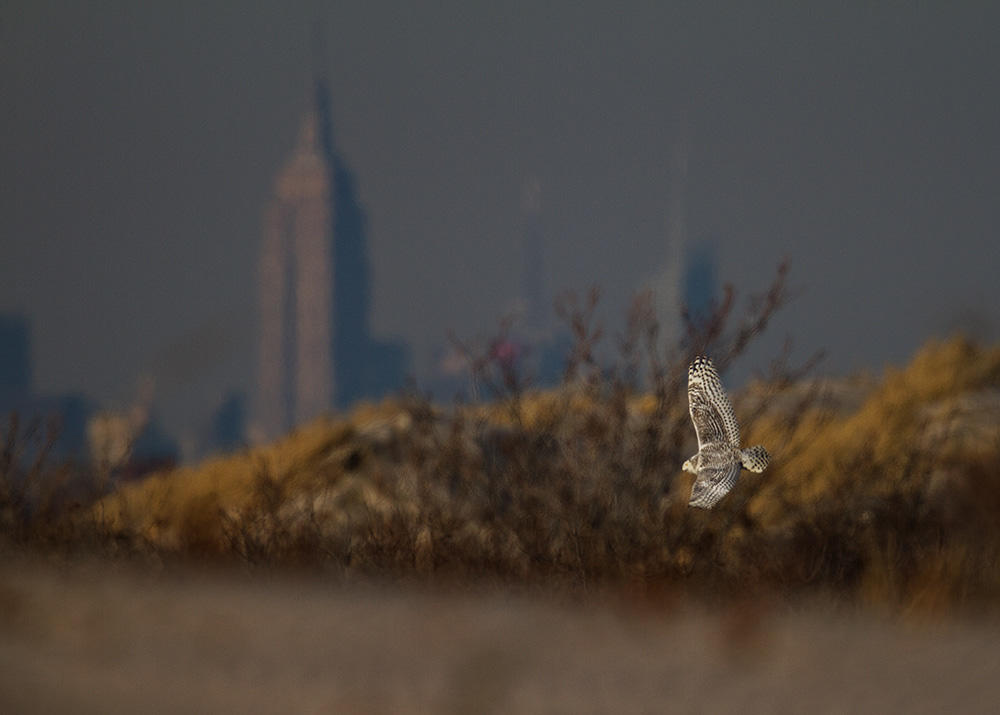 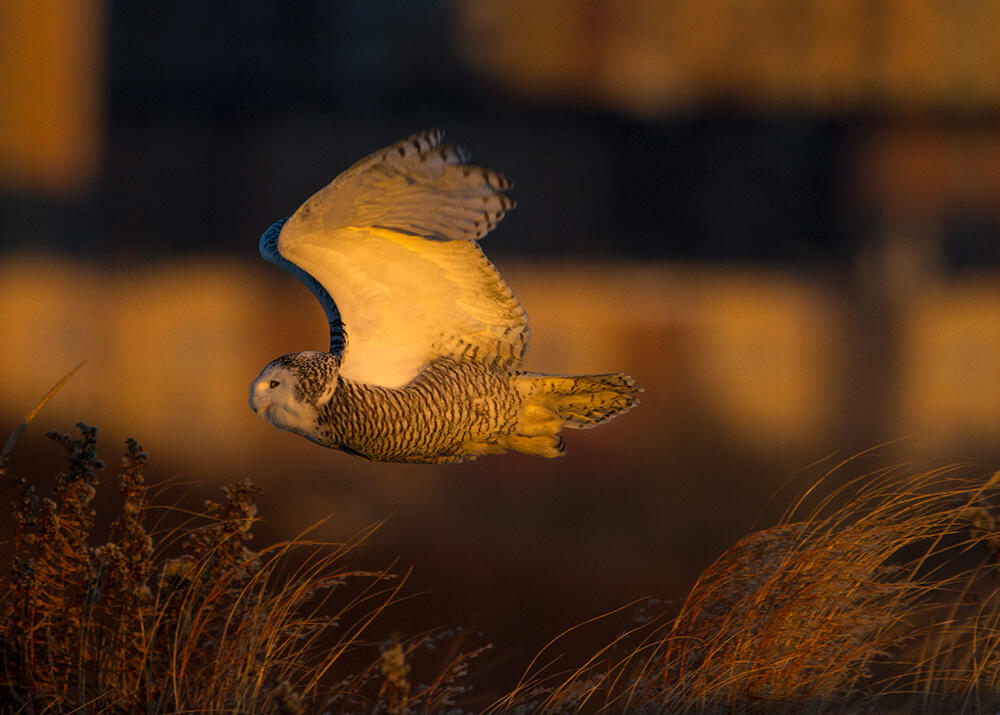 It's hunting time again at Arverne, New York. The photographer took most of his pictures of the owls within last or first hour of daylight. That's when they are more active, their eyes open. Photo: Francois Portmann 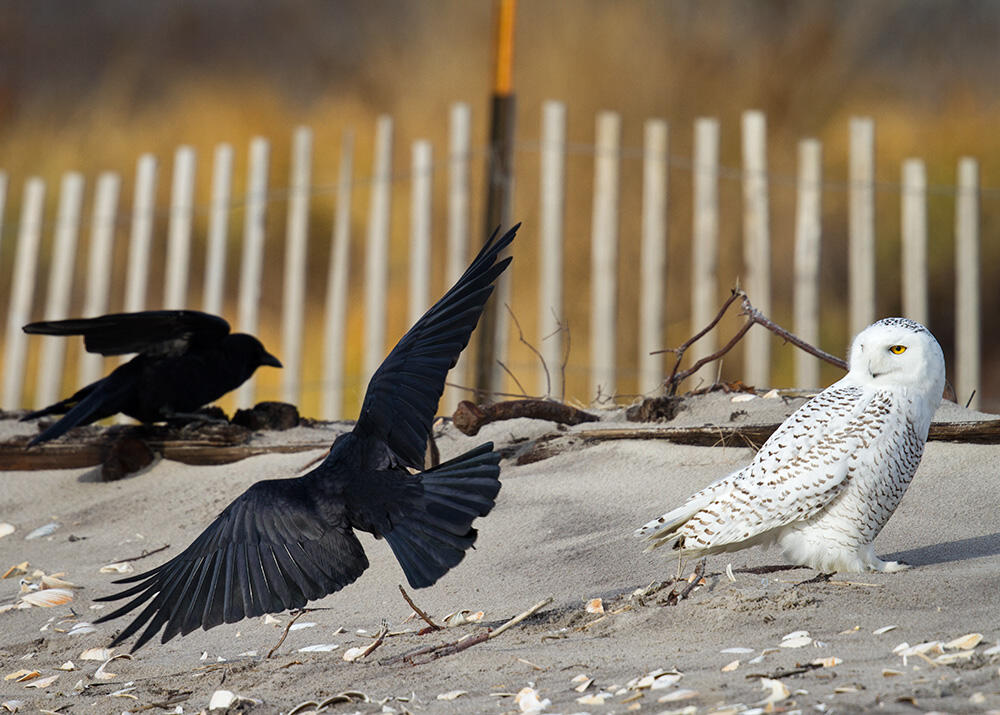 This was the photographer's first snowy owl of the season, found with the help of these harassing crows at Fort Tilden in New York. Photo: Francois Portmann 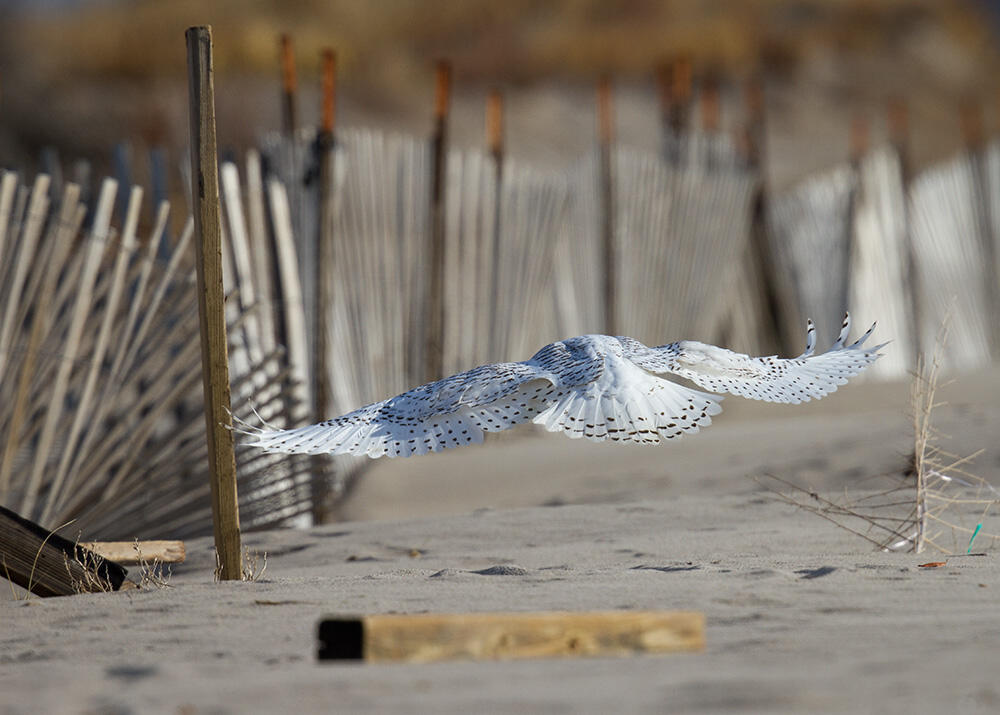 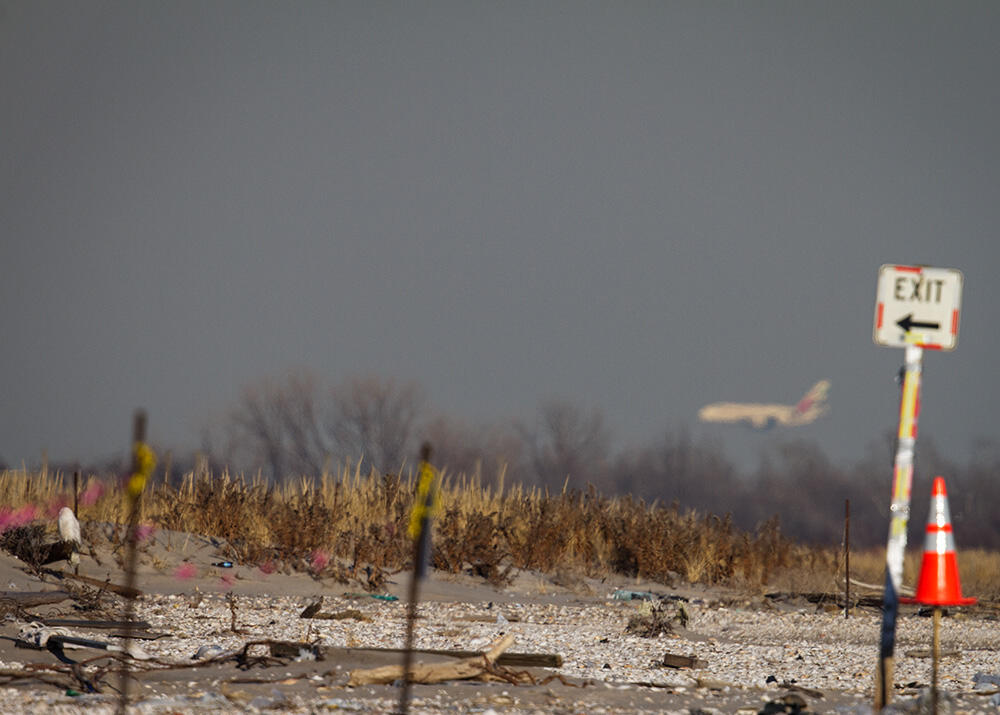 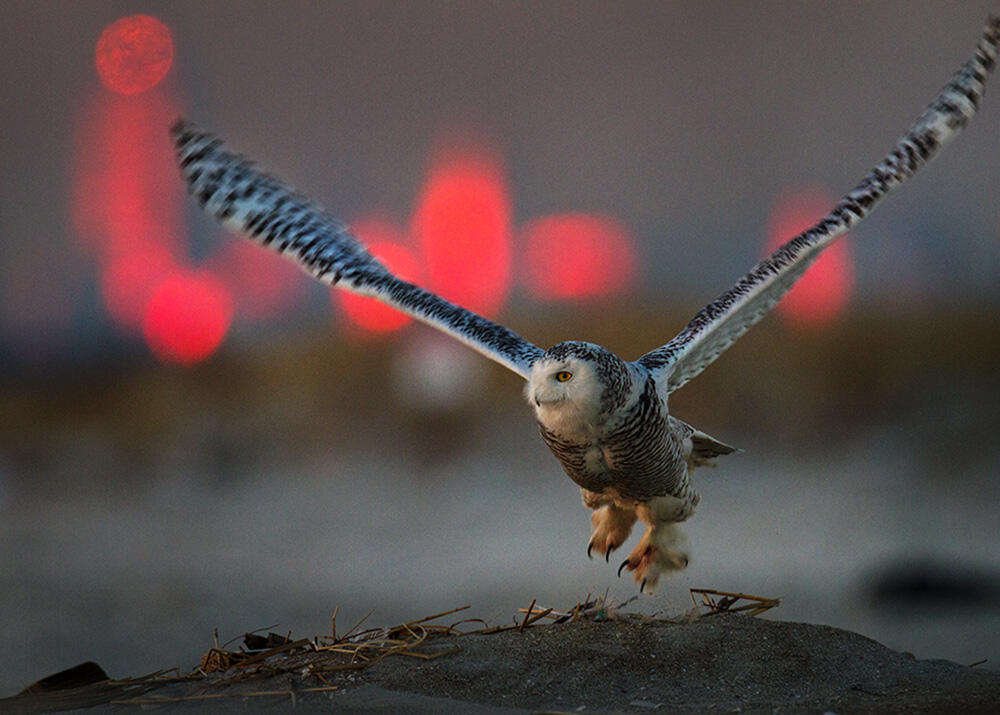 This owl alights at Breezy Point, with the Manhattan skyline lit by the sunset glow in the background. Photo: Francois Portmann 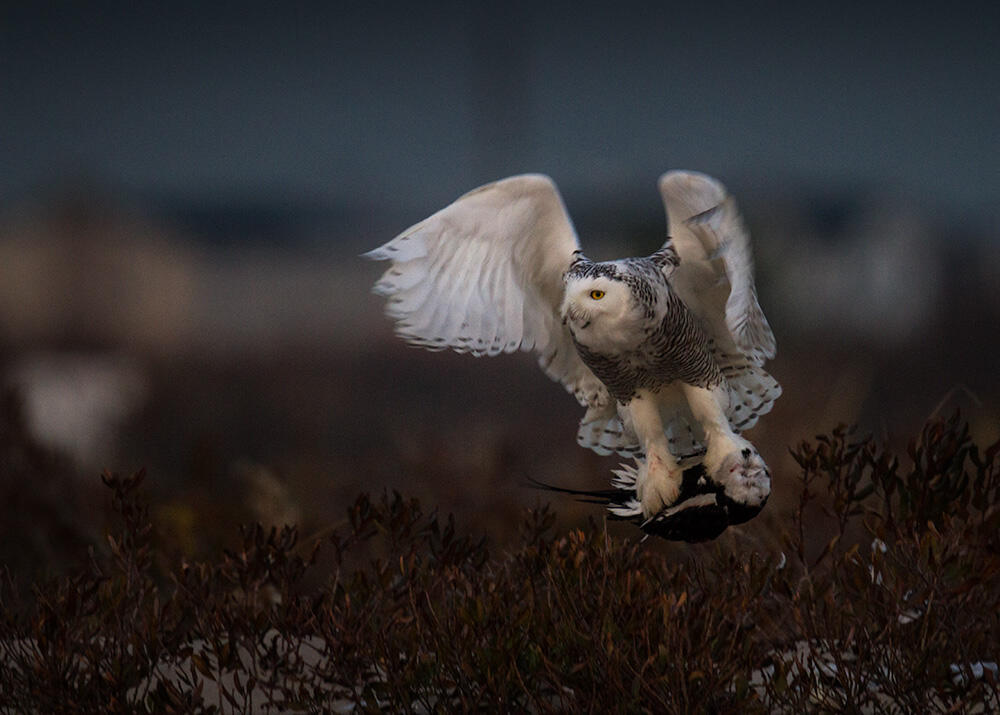 This owl at Breezy Point, New York had what looks like a long-tailed duck in its talons. In "normal winters,” snowy owl move north rather than south to hunt eiders at water holes in the Arctic ice. Photo: Francois Portmann 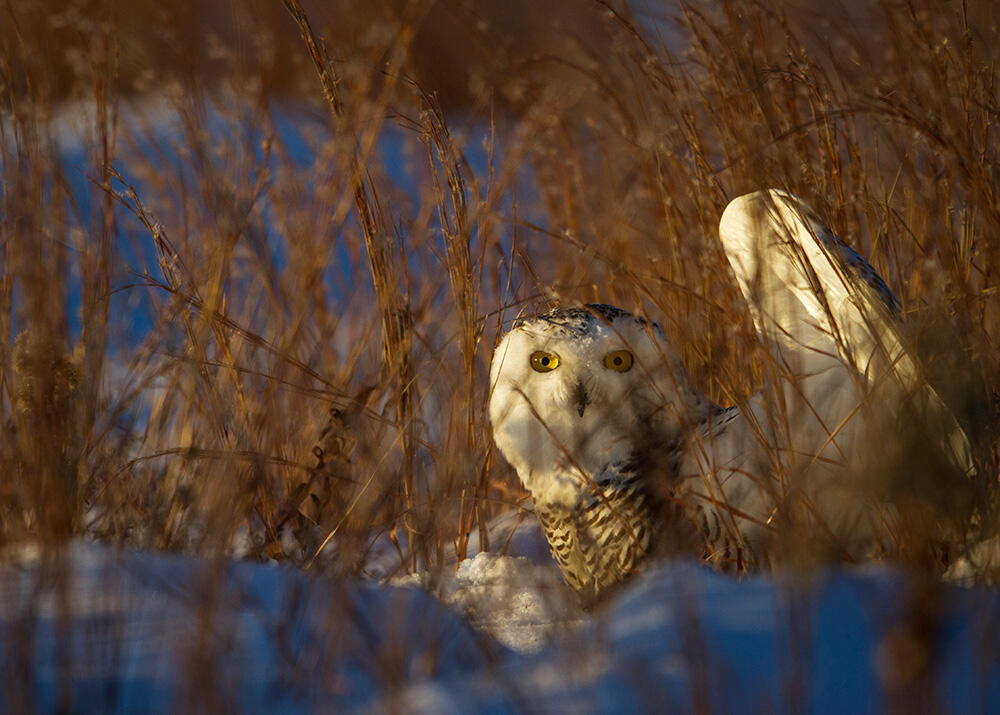 "Hunting at Arverne, New York, this owl dropped in the snow near me," writes the photographer. "At first I thought she had caught something." Photo: Francois Portmann
“The views expressed in user comments do not reflect the views of Audubon. Audubon does not participate in political campaigns, nor do we support or oppose candidates.”