How Xavi Bou Makes His Mesmerizing Portraits of Birds in Flight

Through photos and now video, the Spanish photographer takes an artistic approach when capturing birds flying through the sky.

Although Bou has dedicated years of his life to photographing birds, someone encountering his work for the first time could be excused for having no idea what his subject is. In a project called Ornithographies, he creates mesmerizing images by taking many photographs per second and stitching up to 3,500 or more of them together. The results are beautifully abstract, capturing the energy of flight, whether in the chaotic squiggles that result when Alpine Swifts dive and swoop for insects, or the smooth, even undulations of a gull flying over the water. They may not be moving pictures—although Bou uses a cinema camera that takes 60 frames a second—but they have movement. Bou began working on the project in 2012, and debuted the first images in 2015; his work has since been exhibited around the world.

More recently, Bou has expanded the project to video, including one called Murmurations that shows a flock of starlings evading a hawk. “What happens is, if in this moment a hawk appears to attack them, it’s when they do this dance,” he says. “The hawk is like carving this ephemeral sculpture that’s in the air.” As with the still images, Bou knit multiple series of photographs together to create an animation. He estimates that every day of filming requires two weeks of post-production work; for Murmurations, he also enlisted the help of a film editor. The final product, which was filmed in southern Catalonia, was then set to ethereal music.

Ornithographies is the culmination—or rather, continuation—of a lifetime of birdwatching. Bou was born in Prat de Llobregat, in the metropolitan area of Barcelona, Spain, and often accompanied his grandfather on his long, daily walks around the delta to observe planes, ships, and, of course, birds. Upon returning home, they would consult a field guide to identify species. While Bou estimates he can now recognize 90 percent of European and Mediterranean birds, he says the polluted urban area he grew up in inspired him to focus his work on common birds. “We have more richness than we thought,” he says. “There are many species of birds in this city that we are not paying attention to, and it’s really a treasure. It’s really something that we have that helps us to disconnect—or reconnect, if you prefer—to nature.”

Bou, 41, trained as a scientist at university and worked in the advertising and fashion industry for more than a decade while searching for a subject, an original idea. “During these years, nature was my escape,” Bou says. When he was stressed, he would grab his binoculars and head out into the field. On hikes, he’d stop to look at animal tracks and scat. “What I realized is, if I want to do a personal project, I have to talk about nature.” 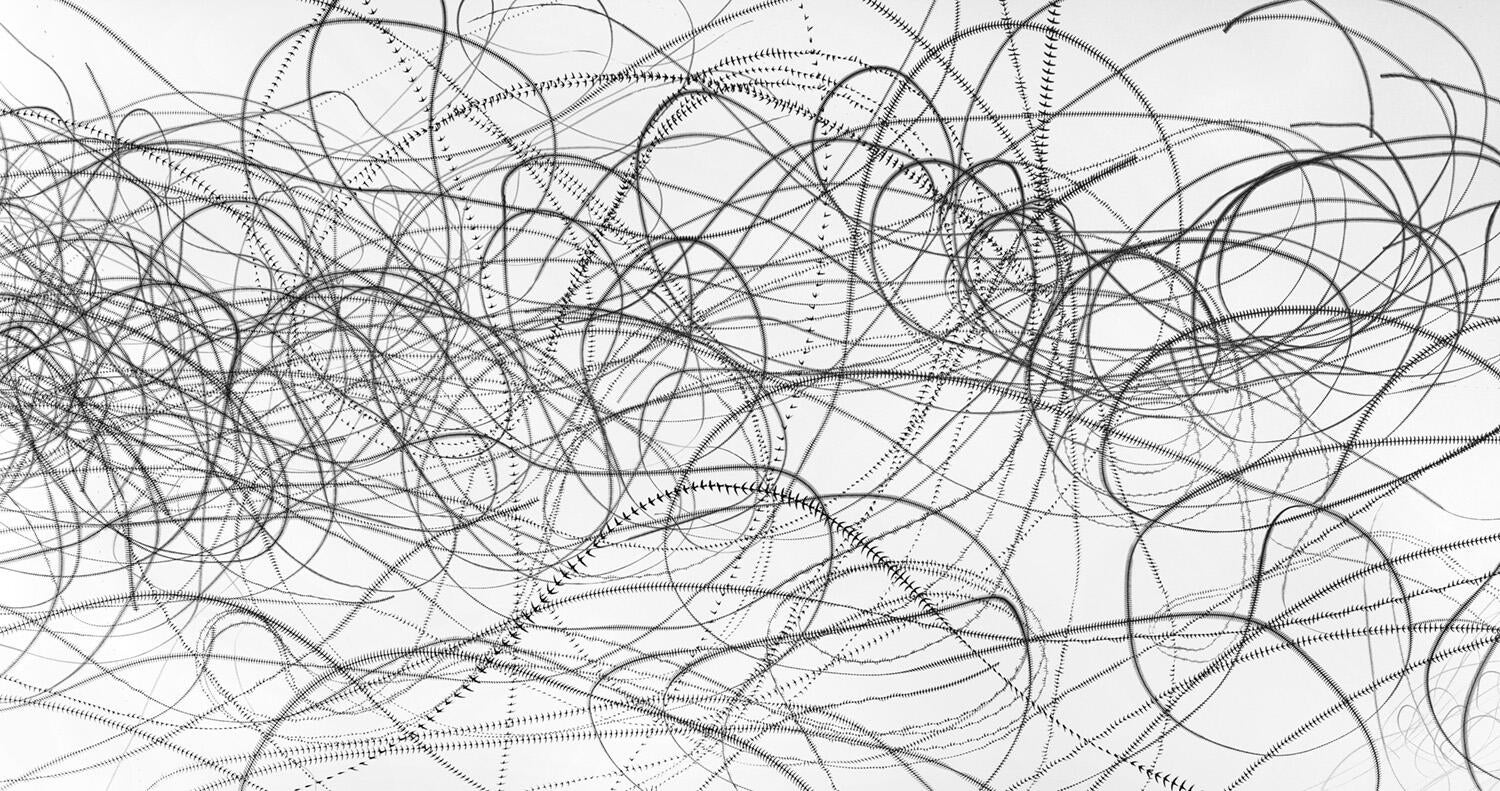 The idea for Ornithographies began with a paw print he saw while hiking in the Mediterranean forests of Catalonia. “I thought to myself, what kind of tracks would leave the birds in the sky?” Bou says. “I imagined these shapes.” Bou looked into whether other artists had done anything like what he was imagining. “Normally, at that point, you find that many people have done, and really well done, so you get really sad—this is what used to happen.”

This time was different. As Bou began developing the project, he didn’t want people’s analytical brains to kick in when they saw his work. He didn’t want a viewer thinking about the tilt of the wings or the shape of the feathers at a particular moment, as one might while looking at a series of photographs by Eadweard Muybridge, one of the original chronophotographers. “I don’t want to see the ‘bird, bird, bird’,” Bou explains. He found that by overlapping photos taken in quick succession, you lose the shape of the bird, revealing instead a “complete new organic shape.”

As for what’s next, Bou says he is always looking for ever more complex behavior to capture. “Every time is more challenging, and also challenging to not copy myself,” he says.

During the pandemic, Bou has been busy taking care of his 5-year-old daughter, but still has found time to start learning bird calls. Once he can again travel internationally, he wants to capture groups of migrating raptors in the places where they congregate in huge numbers, like Veracruz, Mexico, or Batumi, Georgia. He’d also like to go back to Iceland, where there’s a stark contrast between the heaviness and sharpness of these dramatic rock formations just off the coast and the delicate lines of birds in flight. Regardless of where the work takes him next, he says, one thing will stay the same: “The sky is the canvas.” 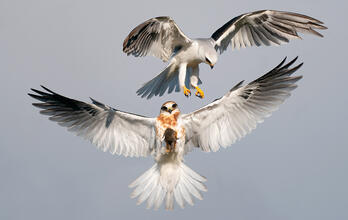