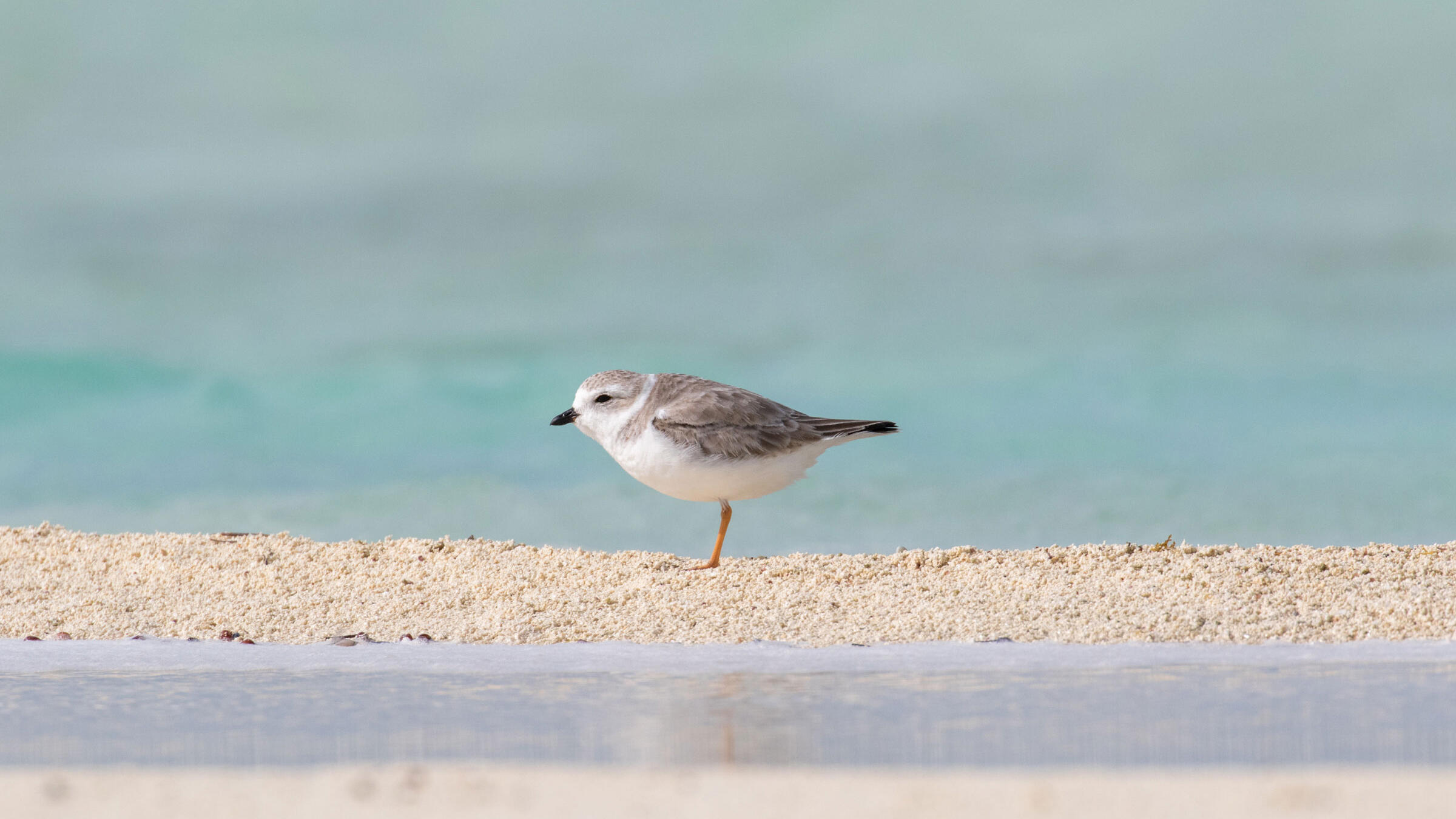 A Piping Plover in the Joulter Cays during the International Piping Plover Census this past January. Photo: Camilla Cerea/Audubon

Hundreds of Atlantic Piping Plovers Are Missing After Hurricane Matthew

Areas of the Bahamas where populations of the birds overwinter were decimated by the October storm.

By the time Hurricane Matthew slammed into the Bahamas this past October, it carried a Category 4 status and wind gusts reaching 140 mph. The storm tore through the islands, ripping rooftops from houses and toppling power lines. On the Bahamas' largest island, Andros, one school was flooded out, and 80 families in the northern community of Lowe Sound lost their homes. The destruction throughout the archipelago will be felt for years if not decades—and not just by people.

Along with an array of endemic wildlife, Andros and its surrounding cays serve as the winter home for various migratory birds, including a large population of endangered Piping Plovers. And since the storm, more than half of the plovers have gone missing from a major wintering site at Joulter Cays.

That wintering site was only discovered recently. In 2011, the first major Piping Plover census in the Bahamas (led by the National Audubon Society, the Bahamas National Trust, and other conservation groups) counted 1,066 of the endangered birds overwintering there, and most of the population was concentrated on Andros and the nearby Joulter Cays. The discovery led to the cays, also a popular wintering site for Red Knots, to be labeled an Important Bird Area (IBA) in 2012 and formally protected in 2015. A second census conducted this year, which covered many of the region's 700 islands and more than 2,000 cays, identified more than 1,400 Piping Plovers—around 50 percent of the entire Atlantic Coast population.

This past November, Matt Jeffery, a program director for Audubon's International Alliances Program, visited the cays to assess the storm's damage and the health of the plover population. He, alongside Bahamas National Trust and others, conducted an informal census and found roughly 120 Piping Plovers. While finding any birds was considered a positive, the number was far from the 300 or so surviving individuals the team had hoped to find. “As it stands today, we think we have lost over half of the birds that were there,” Jeffery says.

Jeffery blames a huge storm surge for the Piping Plovers' disappearance. "When [the surge] hit land where communities were, it went over one-story buildings," he says. With the Joulter Cays inundated by water and waves, Jeffery suspects birds that normally use the beaches and dunes were forced into the air and directly into Matthew's powerful winds. “At this point, it's really unclear how they fared,” he says.

With the plovers on the Joulter Cays alone accounting for roughly 7 to 10 percent of the entire Atlantic Piping Plover population, this could potentially be a huge loss for the endangered species. More counts need to be done, but as of now, much of the population is simply unaccounted for, with key roosting habitats on the Joulter Cays destroyed. One such area, on the north end of the island and home to around 100 plovers, is all but gone. There is a bright spot, though: While Matthew destroyed certain established roosting sites, the storm might have also created new habitat for remaining birds.

According to Jeffery, the storm's high winds along with the ocean surges uprooted a significant amount of casuarina trees, an invasive species to the Bahamas also known as the Australian pine. The trees, which can take over sandy and shelly beaches, limit roosting sites across the island, along with drying out soil and creating storm hazards. On the Joulter Cays' eastern edge, one roosting site was completely destroyed, but new possible roosting areas that are much larger were created nearby thanks to the removal of the pines. In addition, the storm also left massive sand deposits on land, creating larger, more sustainable habitats for migratory bird species.

Despite these positives, action is still needed to further protect these roosting areas—and the Bahamas as a whole. Jeffery says two specific initiatives could make a difference: First is the continued removal of Australian pines to create “optimum habitats” for birds, and second is coral reef restoration throughout the region. In the waters off the Joulter Cays lies the Andros Barrier Reef, the third largest barrier reef in the world. The reef serves as a deterrent against storm surges and hurricane-induced wave activity, protecting people and wildlife. But even with these measures, there have to be enough birds to survive even meager losses.  “Honestly, it’s about building resiliency in the population," he says.

In January, Jeffery and his team will head back to the Bahamas to conduct a more official count and see how many—if any—of the missing Piping Plovers have returned. With some luck, they will find good news to start out the new year.

Piping Plovers Get a Protected Park in the Bahamas

Thanks in part to the efforts of Audubon's shorebird experts, the plovers' wintering grounds are now a national park.