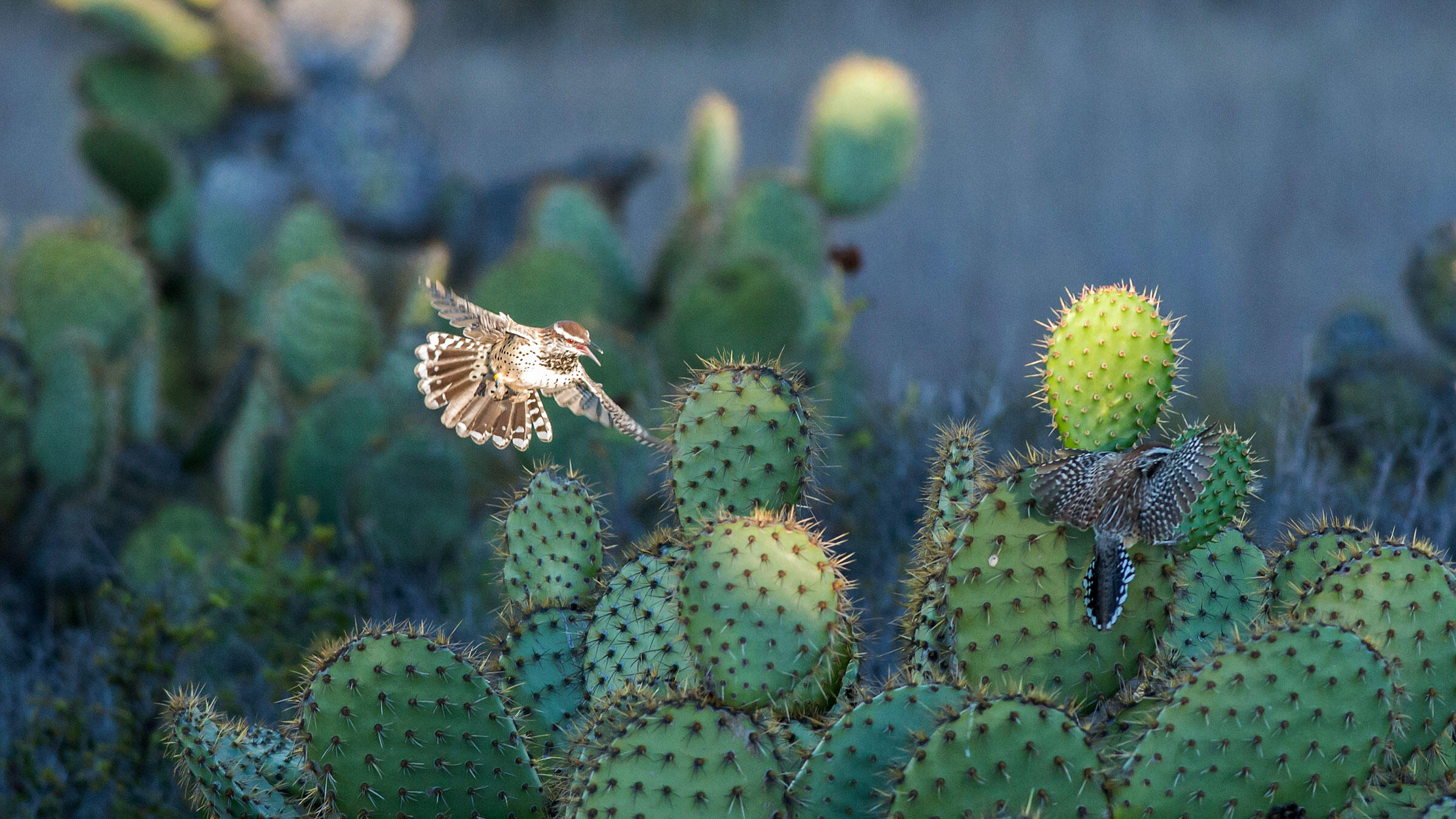 In a Hotter World, Desert Birds Will Face a Much Higher Risk of Dehydration

As the climate changes, desert-dwelling birds are going to need more oases than ever to stay cool and hydrated, according to a new study.

When the mercury soars, birds don’t really sweat it—but only because they can’t. Instead of sweating, birds harness the cooling power of panting, which expels excess heat by evaporating water.

“They have their beaks open and you can see them heaving, their bodies are going up and down,” says Deborah Finch, a U.S. Forest Service biologist who has studied desert birds. “You know that they’re feeling overheated.”

But cooling off comes at a price: water loss. Birds need to replace that water, and finding juicy fruits, juicy bugs, or another water source to replenish their reserves takes serious effort. If they can’t find water, birds sometimes die in the heat—an event that could grow more common as climate change causes an increase in hot days and their severity in many places.

To better understand what these changes could mean for birds, Thomas Albright, a geographer and biologist at the University of Nevada, Reno, did the math to figure out how much heat birds can take. “We’re almost acting like accountants, balancing the water budgets of these birds,” he says. His team knew from previous studies that if a bird loses more than 15 percent of its body weight in water, it will likely die. But they wanted to see how much climate change birds can take before they hit that limit. Their research was published today in the Proceedings of the National Academy of Sciences.

With the birds' safety in mind, Albright's colleagues designed an experiment to estimate how quickly birds grow dehydrated at higher temperatures. The team caught about 200 birds of five different species common in southwestern U.S. deserts. Then they put each bird in a closed chamber that measures water loss and cranked up the temperature.

The scientists ended the test after each bird lost around 10 percent of its body mass, allowing it to recover quickly and stay healthy. They found that the smaller species in the study (Lesser Goldfinches and House Finches) burned through their water reserves more quickly than the larger birds (Cactus Wrens, Abert’s Towhees, and Curve-billed Thrashers). This makes sense: the smaller birds started with less water, so they used up their reserves sooner. Meanwhile, the larger birds had bigger stockpiles that could last longer.

The team then mapped the locations where these birds faced high risk of dehydration today, and simulated what would happen if those areas grew hotter, assuming a 7.2°F (4°C) across-the-board temperature rise by the end of the century. That’s on the high end of estimates produced by the Intergovernmental Panel on Climate Change, but served as a starting point to let them examine birds’ responses.

Using these projected temperature maps, the team could calculate how long each species’ water budget would last—or, in other words, how long the bird could survive without water before it died of dehydration. If the bird died within three hours, the area was classified as “high risk” under future conditions; if a bird survived up to five hours, they classified it as a moderate risk.

They found that under the 4°C climate change scenario, all five species will experience about four times as many days of dehydration risk as they do now. The heat is particularly dangerous for the smaller birds. According to the model, Lesser Goldfinches in the southwestern deserts will face high risk of lethal dehydration for 25 days each year, up from seven days now. And in some particularly harsh deserts, the species will experience temperatures hot enough to kill them in under three hours all summer long.

Those are ominous calculations, but there still remain some unkowns. For one thing, it's hard to tell exactly how water loss and rising temperatures will interact in the real world. After all, the wild desert is more dynamic than the closed chamber they used in the experimental set-up. “It’s very difficult to predict, based on what goes on inside of a can that’s completely black, what goes on in nature,” says Joseph Williams, a retired evolutionary biologist at Ohio State University who studied how birds survive the harsh deserts of Saudi Arabia.

It’s also too early to know how many birds can avoid the problem entirely by simply picking up and flying away to other habitats. “The assumption is that birds can just shift northward or upslope [into cooler mountain areas], but that isn’t necessarily easy for a variety of reasons,” says Lori Hargrove, an ornithologist at the San Diego Natural History Museum who has used historical documents to study bird habitat shifts.

Birds need more than just a comfortable temperature, she points out—they need specific plants for habitat and food resources as well. If those don’t migrate to cooler areas, or migrate slowly, the birds may not either, particularly species such as Cactus Wrens and Curve-billed Thrashers, which nest exclusively in cactuses.

That doesn’t mean the future is hopeless for these birds, Albright says. Even if we can’t stop climate change, humans may be able to help birds cool off. Where temperatures spike, it will be important to protect water sources and areas sheltered by plants so that birds and other animals have oases to recover from the heat. And conservationists may need to cooperate across landscapes by preserving or creating wildlife corridors to guide birds into cooler areas. All together, it might just be enough to give the Albert's Towhee a chance at survival in this hot new world of ours.