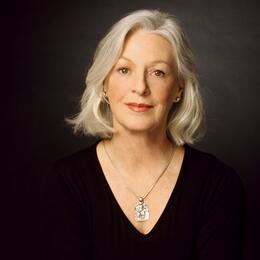 There are 15 extant species of crane in the world, and most of them, with the exception of the Sandhill Crane and three others, are threatened or endangered. But without the work of George Archibald, all of these species would assuredly be even worse off than they are today. That’s because Archibald has dedicated his life to saving the world’s cranes, and in his new book My Life with Cranes, the renowned ornithologist recounts his illustrious and pioneering conservation career spanning more than 40 years.

The book is a short one, a little over 150 pages, but it is a delightful and informative read, packed with anecdotes from Archibald’s travels around the world and crammed with facts about cranes and their habitats. Interspersed are colorful photographs documenting Archibald’s extensive travels, his family and colleagues over the years, and most of all, the elegant cranes he’s worked so hard to save. Whether through his own words or the images, his passion for birds and people alike is evident on every page.

Archibald begins his tale with his childhood in rural Nova Scotia. Smitten with birds from an early age, he writes of fishermen leaving him “for hours on coastal islands to search for the nests of Eider Ducks, Common Terns, Herring and Black-backed Gulls, and Double-crested Cormorants.” Along with this early love for birds, his upbringing was also defined by his Scottish grandparents, who instilled in him the ethics of hard work and frugality. Archibald notes that this quality served him well throughout his life, especially when it came to running the nonprofit International Crane Foundation (ICF).

Archibald co-founded the ICF in 1973 with Ron Sauey, whom he met at Cornell while both were beginning their careers as ornithologists. Archibald spent those early college years studying the comparative behavior and displays of several species of crane, which were the only birds housed in an area on campus soon known as the Cornell Cranium. While he would go on to study all species of crane around the world, Sauey would become an expert on Siberian Cranes.

One of the oldest orders of birds, cranes have changed surprisingly little from their earliest ancestors—the fossil of a 10-million-year-old crane found in the American West bears a striking resemblance to Sandhill Cranes of today. Sandhills are tall, stately birds with white bodies, gray necks, and a crimson crown. Every March they can be seen in one of the last great migrations on earth, when more than 400,000 of them converge on the Platte River in Nebraska.

As a young scientist, Archibald writes that he was deeply moved by the naturalist Aldo Leopold’s commitment to conservation. In his seminal book A Sand County Almanac, Leopold wrote of the migrating Sandhill Cranes that also gather on the Wisconsin River, not far from his childhood home: “When we hear his call, we hear no mere bird. We hear the trumpet in the orchestra of evolution…Now they stand humbled, adrift in history.” Leopold lamented the threat the loss of their habitat posed to the cranes, and Archibald could relate: hunting and the draining for marshes for development were starting to silence the haunting honks of the Sandhills. Inspired by Leopold’s words, Archibald set out to save the birds.

With the help of Sauey’s parents and a generous land donation, the two men founded the ICF with the mission of research, public education, habitat protection, captive breeding and reintroduction to the wild. Coincidentally, the reserve is located in Baraboo, Wisconsin, just 10 miles from Aldo Leopold’s cabin in the woods.

The ICF's first major conservation success came with Archibald’s work with Whooping Cranes. Of all the world’s crane species, North America’s Whooping Crane is in the most trouble. Fifty years ago it was headed toward extinction, but thanks to extraordinary conservation efforts led by the ICF, the birds were saved, though they are still highly endangered today. In 1976, Archibald acquired a captive whooper, one of only 100 birds left in the world, that he named Tex. He hoped to breed her with other cranes at ICF, but she preferred her human keeper to any spindly male of her own kind. In the book, Archibald recounts one famous story that has now become legend: how he would dance with Tex for years to help trigger the Whooping Crane’s reproductive cycle. “The summer of 1976 was the beginning of a seven-year saga that ended with the production of a single chick named Gee Whiz,” he writes. “Crane dancing kept me in shape—it was Texercise!”  Gee Whiz would then go on to pair with a female Whooping Crane named Ooblek, and the two produced many offspring that would help continue a captive flock and be released into the wild.

To understand the lives of all 15 different crane species and the problems they faced, Archibald has travelled widely throughout his career. Throughout the book, he recounts many tales from his time abroad. In South Korea, he shared a 10-foot-by-30-foot bunker with 14 soldiers on the DMZ bordering North Korea and a vast intertidal wetland where 1,000 White-Naped Cranes foraged. He researched Sarus cranes in India, Red Crowned-Cranes in Japan, Black-Necked Cranes in Bhutan, and the Brolgas in Australia. Most recently, he even traveled around the world to see every living crane species in its habitat in a single trip.

For those that can’t make such a trip, the ICF is the only place in the world that all 15 cranes can be seen in one place. But keeping and caring for all these species has not been without pitfalls or strife, especially for someone who cares so greatly for the birds. When a crane succumbed to disease or suffered predation over the years, Archibald writes that he “recalled the wisdom of my beloved mother, 'George’, she would say, 'When you have livestock, you are also going to have deadstock!’”

Despite these hardships, after more than 40 years, the ICF has been enormously successful, and its efforts have saved countless birds. Of course, none of this would have been possible without Archibald. His knowledge of cranes is without peer, and his indefatigable nature has kept them with us. He has mentored hundreds of people globally and educated thousands through the generosity of his time. He writes about the birds, he shares them with people at ICF, and he inspires champions of their conservation wherever he goes. It’s a legacy to be proud of—and one perfectly captured in My Life with Cranes.

My Life with Cranes, by George Archibald, International Crane Foundation, 150 pages, $19.95. Buy it online at craneshop.org.