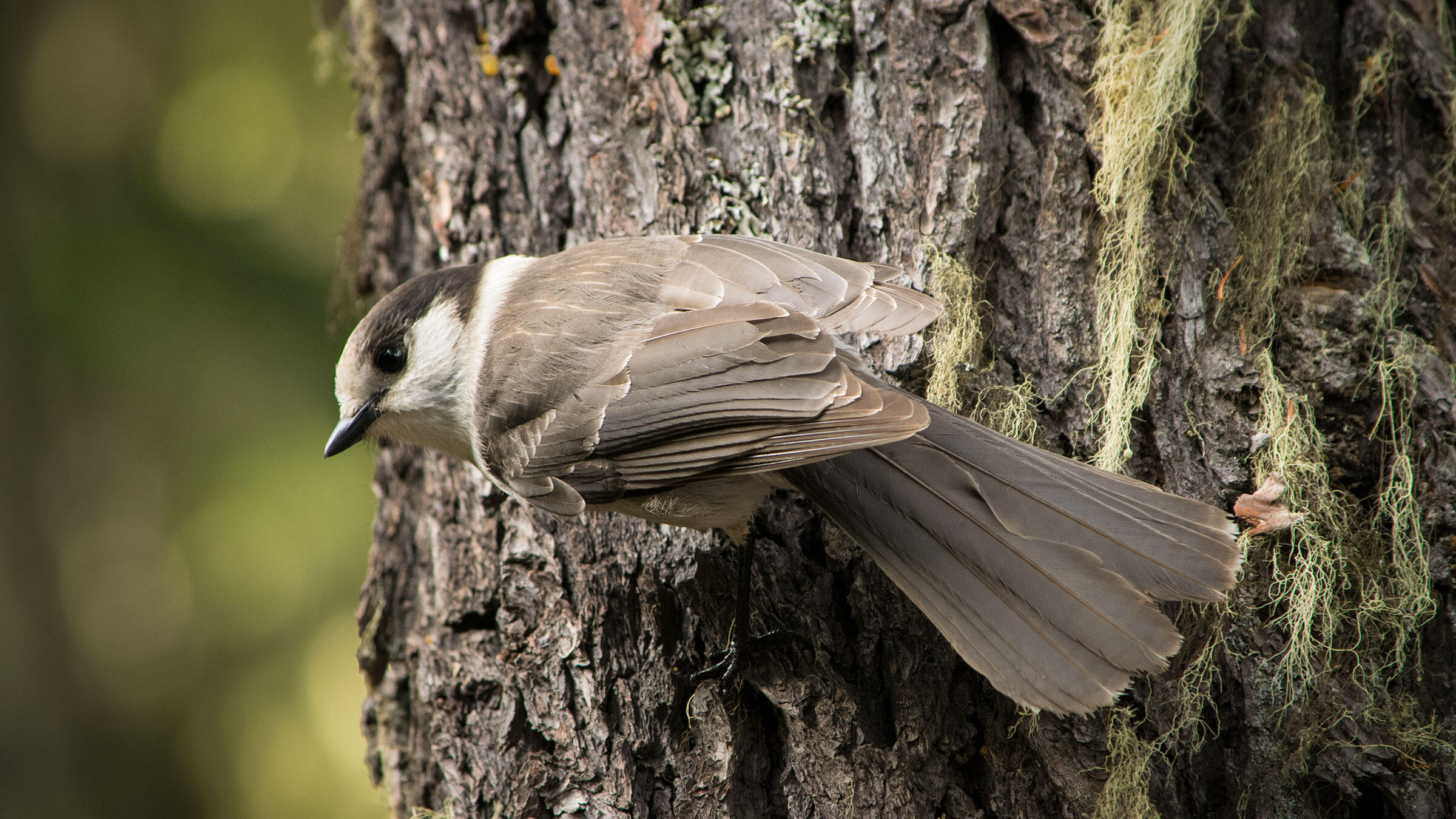 The Gray Jay is ready for its crown. Photo: Jon Nelson/Flickr (CC BY-NC 2.0)

The jay will likely get the title, but representatives for the other four final contenders still have plenty to say about the pick.

Last month, a dark horse candidate came from behind to win a historic election without securing the popular vote. The populace was in disbelief, and outrage ensued.

That’s right, we’re talking about the dramatic conclusion to Canada’s national bird contest. The polls opened in early 2015 with 40 different candidates on the ticket, but by the end, only five were left standing: the Canada Goose, Snowy Owl, Common Loon, Black-capped Chickadee, and Gray Jay. The winning species was revealed in late November by the Royal Canadian Geographic Society (RCGS).

Here’s the backstory: Two years ago, RCGS called on all Canadians to vote for the bird they thought best represented their country. (At nearly 150 years old, Canada still lacked a proper avian representative, despite having a national mammal, two national sports, and even a national tartan.) But a few weeks ago, RCGS announced its decision that the Gray Jay should be Canada’s national bird—even though the Common Loon was the clear victor in the polls, winning by more than 5,000 votes.

Then, as ornithologist David Bird puts it, “The loon shit hit the fan.”

The results left some Canadians questioning how a little-known species like the Gray Jay could be deemed worthier than the loon, whose profile graces the front of the Canadian dollar and is practically considered bird royalty.

Bird, a professor emeritus at McGill University and long-time Gray Jay enthusiast, has plenty to say to those naysayers. Back in September, he debated four other expert panelists at a RCGS-hosted event in Ottawa to stump for his candidate. According to the debate’s “applause meter,” he won.

Bird’s rebuttal is built on a few solid points. First, the loon, chickadee, and owl are already official provincial birds, he says. Despite its ubiquitousness across Canada’s sprawling territories and forests, the Gray Jay has never been the face of anything.

“When Canada chose its flag in 1965, we never elevated the flag of Ontario or Quebec or any other province for that matter to our national status,"  he says. "We chose something fresh and new,”

The bird is a brainy one, too: It belongs to the highly intelligent corvid family. It’s bold and friendly, and will often eat out of the hands of hikers and campers. And like its fellow countrymen, it’s extremely hardy. Bird says the jays, which stay in Canada year-round, have been seen sitting on their eggs in minus-22-degree weather.

Despite losing, the other panelists from the RCGS debate are sticking by their respective feathered candidates.

George Elliott Clarke, Canada’s Parliamentary Poet Laureate, thinks the Black-capped Chickadee was robbed. The Gray Jay, he says with a laugh, was “obviously an elitist decision.” He points out that Canadians who aren’t able to travel to national and provincial parks may never meet a Gray Jay. The chickadee, on the other hand, is a bird of the masses. “It’s a Lumpenproletariat bird,” Clarke says. “It’s a bird that shows up in every part of Canada [even cities and suburbs], and it makes the winters more enjoyable and endurable.”

You could say the same about the Canada Goose—except for one problem. “The Canada Goose is a bird that contributes a whole lot of, let me put it this way, ‘fertilizer’ ” Clarke says.

Bird is more blunt with his assessment: “That thing’s a pooping machine.”

But Mark Graham, vice president of research and collections at the Canadian Museum of Nature, who represented the goose in September, takes these digs in stride. “If you’ve ever been in a park that has a police horse, you’ll also see a pooping machine,” Graham says. The goose is adaptable, he argue. It spends a lot of time in cities, meaning it’s easily visible to most Canadians. Plus, it already has the word “Canada” in its name. “It’s just a very iconic Canadian symbol,” Graham says. Not to mention that it’s delicious, he adds.

While the Canada Goose might be the most recognizable finalist, the Common Loon is much more beloved, says Steve Price, president of Bird Studies Canada. Its unique call and look make it the total package.

That’s thanks in part to the species’ spot on the Canadian dollar—an honor that admittedly has its pitfalls. With the loon as the national bird, “we’d always be reminded of how much less value our value is compared to the American dollar,” Clarke says.

And then there’s the Snowy Owl. Alex MacDonald, senior conservation manager for Nature Canada, vouched for the owl at the September debate, but he’s since made peace with the choice of the Gray Jay.

“It’s disappointing that the Snowy Owl didn’t win just because it’s so much more magnificent," he says. "It’s so much more of a dignified bird than the Gray Jay." He’s a fan of the campaign to change the Gray Jay’s name to the Canada Jay, which is what it went by for about 200 years before its name was changed in 1957 after it was lumped together with the Oregon Jay.

While the Gray Jay may have come out on top at the debate, it's title as Canada's national bird isn’t official just yet. The final decision is up to the Canadian government and the country's mic-dropping prime minister. Bird, of course, is already making plans to lobby officials on the jay’s behalf; he hopes they will crown it in time for Canada’s 150th anniversary next summer.

Even if the Gray Jay does become Canada’s national bird, there will still be unrest over the popular vote. Clarke is sympathetic, but he has a gentle reminder for the dissenters.