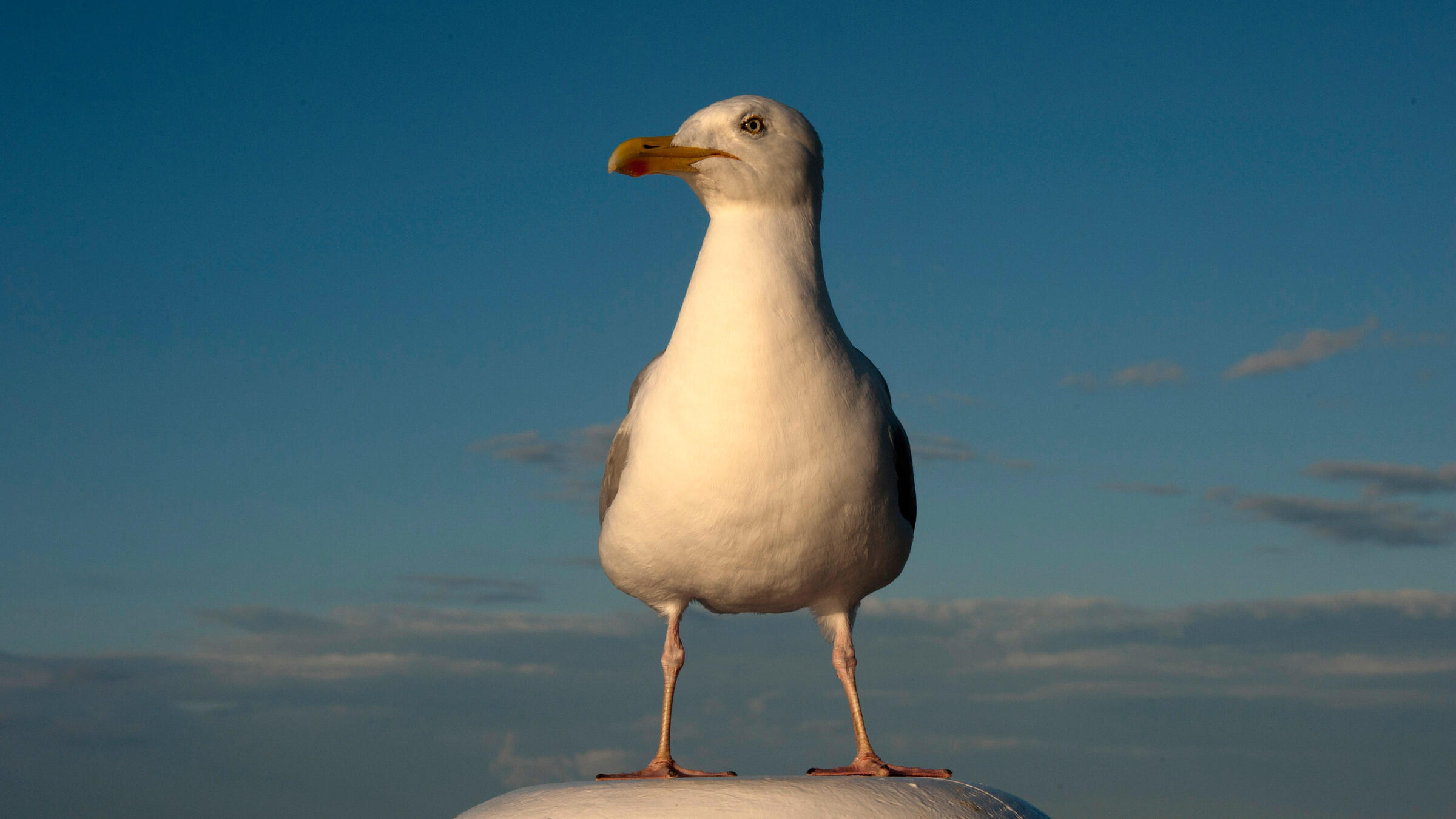 Gulls have become Britain’s most-wanted birds. Along the coast, they stand accused of stealing sausage rolls from children, killing pets, diving at unarmed pensioners, and sabotaging postmen. Teenagers have even developed a new “extreme sport” called gull-running: The champion is whoever can run the farthest with a box of fries without getting bombed by a gull. Now, some people are pleading with the government to cull the winged tyrants, and one rogue citizen is even saying that it’s only a matter of time before gulls start maiming babies. But could the good people of Britain be heaping too much blame on these wily wild birds?

The two species behind the bulk of the seaside terror are the Herring Gull and the Lesser Black-backed Gull—birds with broad wingspans and large beaks that are perfect for swiping people’s fish and chips. Public antipathy toward the gulls isn’t entirely unjustified—the birds can inflict serious damage with their talons and beaks, and at least three small pets, including an ill-fated tortoise named “Stig,” have recently been attacked and killed by the voracious birds.

But while some Britons might fear the gulls are taking over, both of these species are actually in serious decline—the Herring Gull has lost 50 percent of its population in the United Kingdom since the 1970s. As the Royal Society for the Protection of Birds points out, the birds are protected, making it illegal to kill them, though that hasn’t stopped some Britons from taking the law into their own hands: Recently, a poisoned seagull was found on the steps of a local police station in Dorset, England.

So what’s to be done? Just like in the States, U.K. law dictates that if gulls pose a serious safety risk that can’t be solved non-lethally, people can apply for licenses to cull the birds. In the past, local councils have also removed seagull nests from cities and sterilized seagull eggs by coating them in paraffin oil. However, the U.K. government would rather it didn’t come to that. Earlier this month, Prime Minister David Cameron called for a “big conversation” around the birds to decide what needs to be done, and his administration has offered £250,000 to fund research on what, exactly, is causing the birds to flock to urban areas, as a recent census showed. (Cameron revealed to the Western Daily Press that he, too, has experienced the wrath of the gull: A flock of them once stripped the ham out of his sandwich, though he claims he harbors no grudges.)

But the RSPB says that the only true solution is to accept these birds for what they are: wild animals. That means resisting the urge to feed them and managing sources of food waste in urban areas to stop fueling their bad habits. Something else to bear in mind: Gulls might be targeting people’s food because humans are pilfering their main food source through overfishing, says RSPB. The organization also believes that warming seas could be affecting the availability of the gull’s marine meals.

Britons may despise gulls for their chip-snatching antics, but the more extreme acts of violence are rare, and it’s unlikely they’ll be killing babies anytime soon (as the U.K. Gull Awareness Group claims). Tom Auer, a conservation data specialist at the National Audubon Society, says that it’s not implausible for a gull to target a baby, but only under extremely negligent circumstances, like if an infant is left unattended on a beach or pier. His solution? Just leave the gulls be. “If we regard them more as wild animals and leave them alone,” says Auer, “they're more likely to leave us alone.”