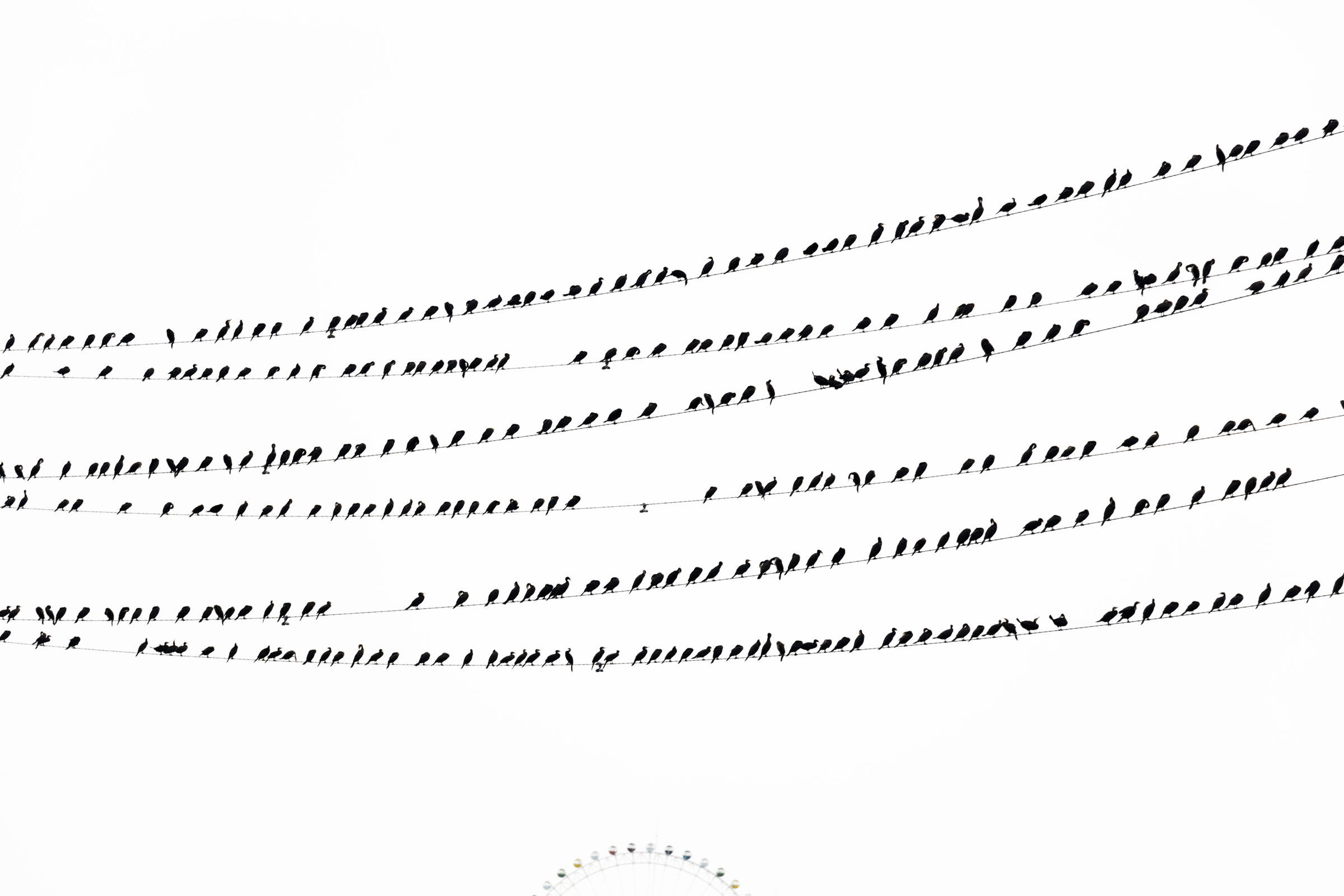 Toiling over the nuances of shutter speed and aperture settings weren’t always part of Yoshinori Mizutani’s daily life. As a student at Nihon University College of Economics, he was busy readying himself for a very different future. But then he discovered legendary photographer Robert Frank at a local second-hand bookstore. “I was deeply affected by his work, which was totally different from the mainstream photography I used to know,” Mizutani says.

By 2012, Mizutani had traded in his business suit and graduated from the Tokyo College of Photography. The following year he released his most popular project to date, Tokyo Parrots, a photo essay documenting the feral parrots that arrived to Japan in the 1970s as pets from countries such as Sri Lanka and have since overrun Tokyo. The photo series became so popular that the imagery is featured on clothing and handbags throughout Tokyo.

Now the 29-year-old Mizutani is focusing his camera on another bird taking over Tokyo, the shadowy Great Cormorant, or Kawau. Mizutani’s stark, minimalist shots of the birds are featured in his new book Hanon. Thanks to conservation efforts, the once-endangered seabirds have seen a population boom across Japan since the 1980s. In fact, their resurgence has been so strong that they are now wreaking havoc on the fishing industry—specifically along the Tama River, where they have wiped out entire fish populations and destroyed shoreline habitats with their toxic droppings. It was along the Tama where Mizutani came across hundreds of Kawau perched on power lines and immediately recognized he'd found the subjects for his next project, which he simply called Kawau.

Below are a few images from this series along with quotes from our conversation with Mizutani about his process and what he hopes to achieve with his work. 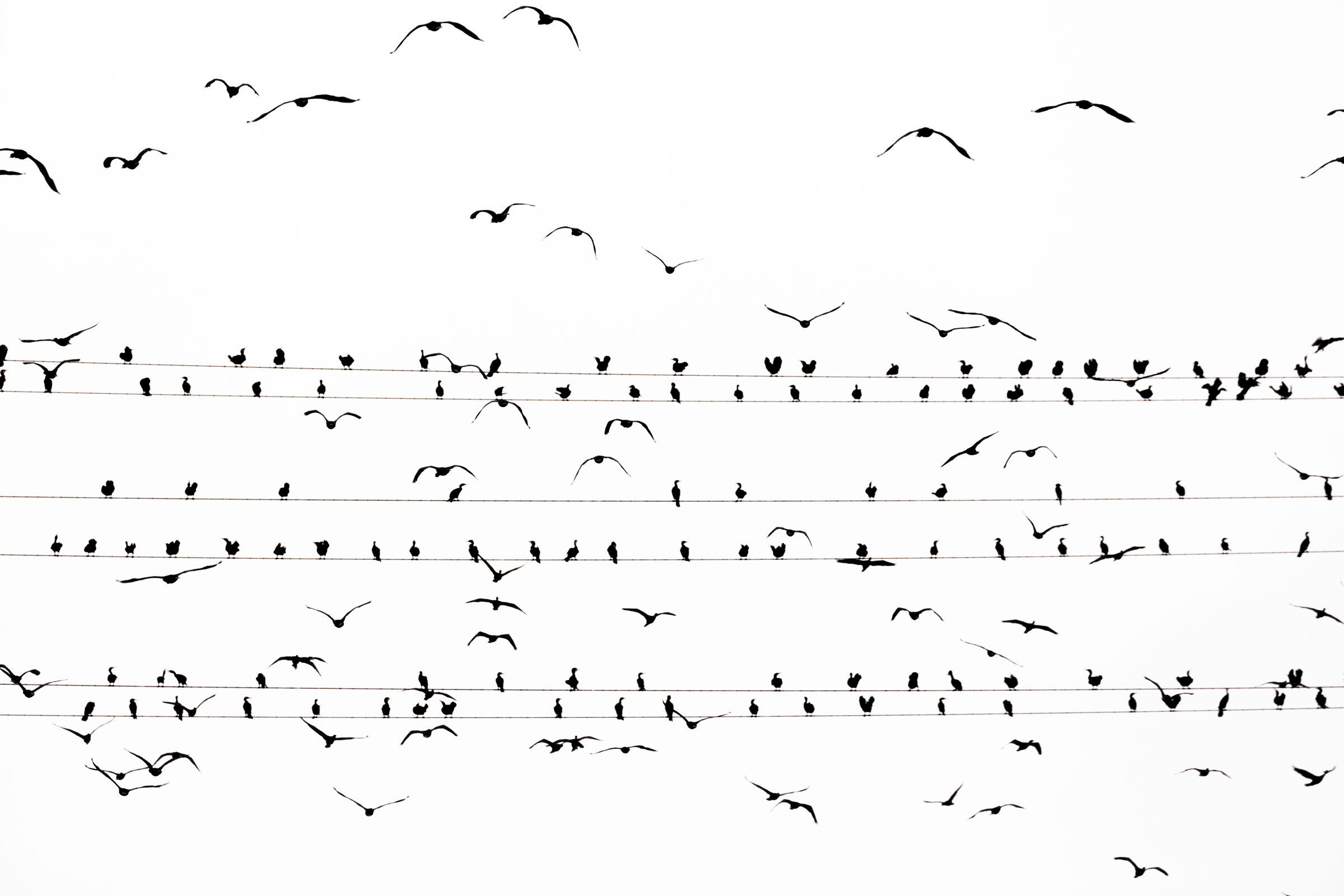 “I try to capture things that are often overlooked or unnoticed, something that appears strange, curious, and poses us questions. I am interested in the world that surrounds us, our everyday phenomena.”

“I was drawn to an imbalance between the huge flocks of birds and their surrounding environments, and how they appeared almost artificial when sitting on electric wires like musical notes. It was an eerie, overwhelming, and at the same time fascinating view.” 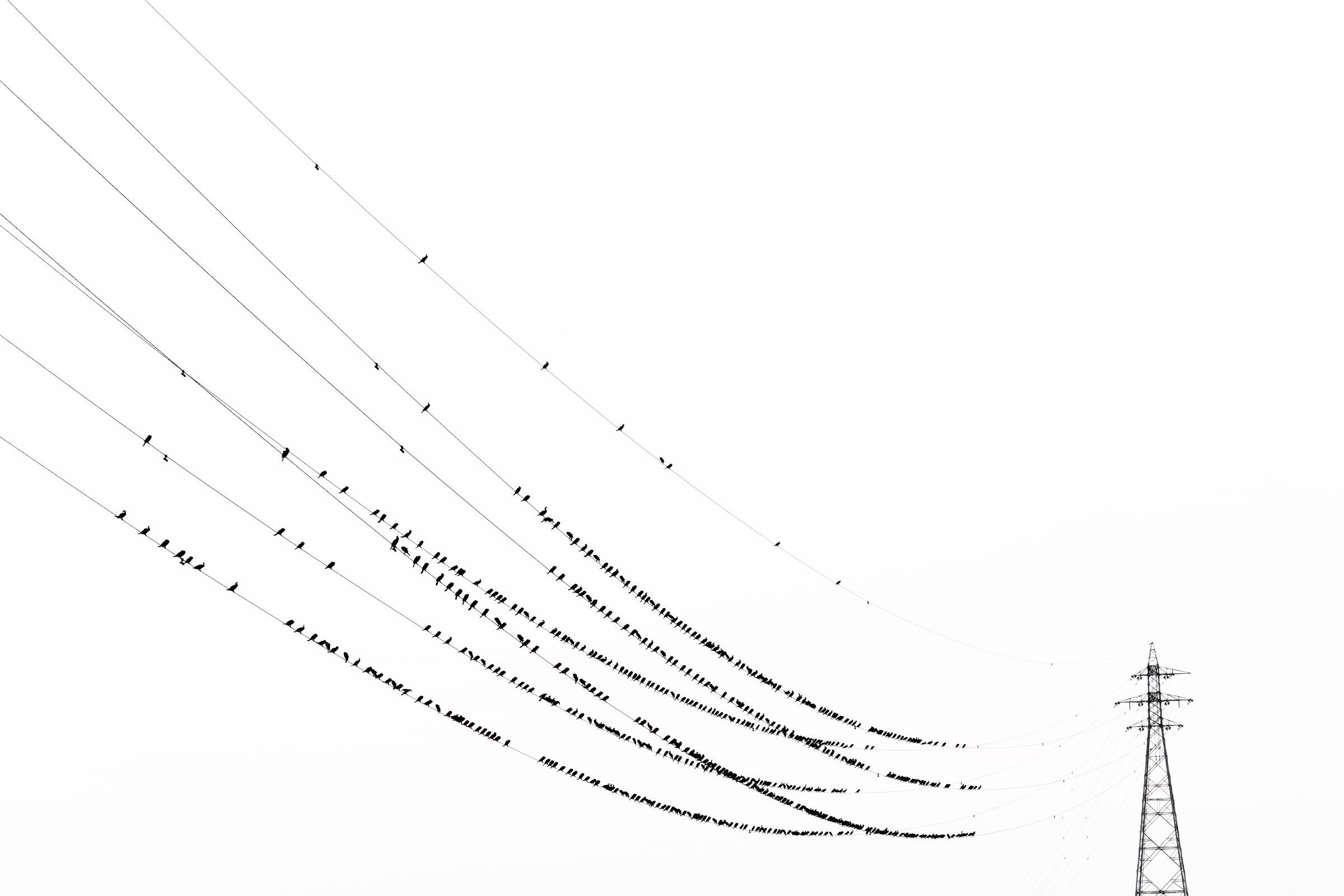 “I personally do not like photographs saturated with information, and I always attempted to capture subjects in simple compositions. Photography is a very visual medium, and I'm constantly thinking about how to make images visually strong while embodying a theme.”

“I selected images that were taken on cloudy days, when the contrast between kawau's black body and the white sky in the background became most evident.” 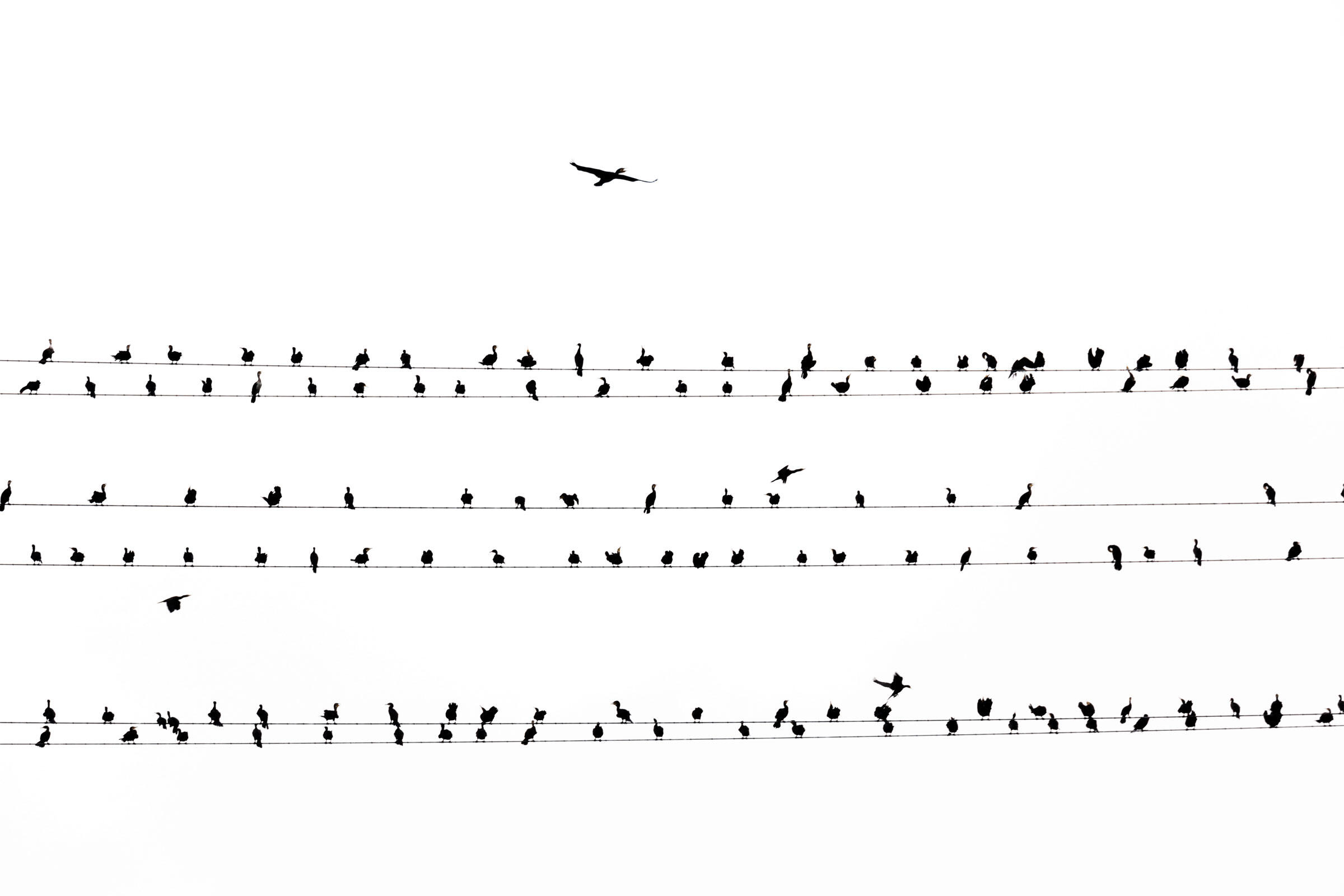 “At first glance, Kawau seems like a series of abstract images that consist of white sky, black birds, and electric wires. At the same time, they are Tokyo's contemporary landscape made strange by birds who are causing environmental problems. It would be great if my work prompted people to be more interested in environmental issues that surround us.”