Jurassic World's Dinosaurs Roar to Life, Thanks to Bird Calls

The Velociraptor's creepy hiss is actually a chittery penguin. Listen to the bird calls that became dino voices. 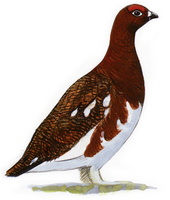 A charging Stegosaurus, a bloodthirsty Indominus rex, a screeching Pteranodon, and . . . a baby pelican? The digitized dinosaurs of Jurassic World aren’t as terrifying as you might think, at least if you listen closely: Their roars, growls, and squawks are actually provided by their living descendants—birds.

“Birds are a great source for dinosaur sounds,” says Al Nelson, one of the sound designers for the film, “because they are tonal, musical, and expressive, and that is what we are always on the hunt for.”

This is something the franchise already knew well: Gary Rydstrom, the sound designer on the original 1993 version, employed several birds to voice his dinos. That Velociraptor death hiss? It’s really an irate goose.

For the newest Jurassic opus, Nelson and his team spent more than a year and a half in several states recording all kinds of birds, mostly in controlled environments like zoos and bird sanctuaries. When they returned, armed with everything from parrots to seabirds to crows (plus extra audio B-roll from their sound company’s archives and the Cornell Lab of Ornithology), Nelson was ready to transform their collection of chirps and screeches into a unique dinosaur language.

Velociraptor, voiced by penguins and toucans

Chris Pratt may be the movie’s hero, but it was his squad of Velociraptors that really stole the show. These smart, communicative carnivores are voiced by a mix of “chittery” penguin sounds—both Gentoo and Emperor.

To represent the raptors’ range of moods, Nelson also blended in raspy toucan squawks. “The toucan has that deep, sort of guttural, chunky sound and it turned out to be really useful for the Velociraptor’s more passive communication,” he says. “[The raptors] make a lot of friendlier sounds in this film as well as their angry sounds.”

Nelson altered, compressed, or manipulated most of the bird-sourced audio to produce a more dinosaurian dialect, but there are moments when, if you listen carefully, you can clearly hear the birds’ vocalizations essentially unaltered. “There are quite a few examples when a particular raptor is communicating with its handler,” says Nelson, “and that is all penguin or all toucan.”

The Baby Brown Pelican behind the Dimorphodons

Flying flocks of Pteranodons and Dimorphodons are a lot less frightening when you know their shrieks were made by playful conures, hoarse baby Brown Pelicans, and even a cheerful otter. “This was the happiest otter in the world,” Nelson says. “But, when used properly, it ended up being quite scary and we sweetened that with some of the conure and the pelican sounds.”

Ospreys were added to give the Pteranodons a bit more of an edge. While in Florida, Nelson chanced upon a mother Osprey in the midst of a heated battle to protect her chicks from another Osprey. “I just happened to be in the right place at the right time,” says Nelson. “I actually just recorded it on my iPhone and it ended up in the movie.”

Bird sounds don’t just convey aggression, either. The heart-wrenching moans emitted by the wounded Apatosaurus found by Claire and Owen were combined with audio of Harris's Hawk, which produces a “creepy, raspy call,” according to Nelson. “What you’re looking for is some kind of emotional context or some kind of characteristic that is signature and unique,” he says. “Then you just try it out against the image of these creatures and see if it fits.”

Many of the remaining bird sounds were used to establish the ambient audio of the film. Everything from quail to terns can be heard singing, croaking, and hooting in the background of Jurassic World’s tropical island. “We wanted to use birds that were native to Costa Rica—where the movie is based—but we were also searching for sounds that would correctly evoke the sense of place and the emotion of a scene,” says sound designer Pete Horner, who created JW’s ambient sound.

The Kookaburra, a kingfisher native to Australia, was a special request from director Colin Trevorrow, who remembered hearing one in Indiana Jones. Horner and his team found the specific bird and used its uncanny cackle to introduce the raptors just before they come running into the frame.

In the scene when Claire grudgingly goes to Owen’s trailer in the woods to ask him for his help, a Willow Ptarmigan can be heard clucking and barking in the distance—despite the fact that the bird is native to the Arctic, not the tropics. (Although out-of-place bird noises often irk serious birders, Horner understandably felt he could take a few liberties in a film with “dinosaurs running around.”)

“Birds are a great flavor, a great color, to add to this environment,” says Nelson. “They make it real and alive.” Or, as alive as beasts 65 million years deceased can be.

For more modern-dinosaur sounds, download the free Audubon app, which includes IDs and audios for 800-plus North American species.