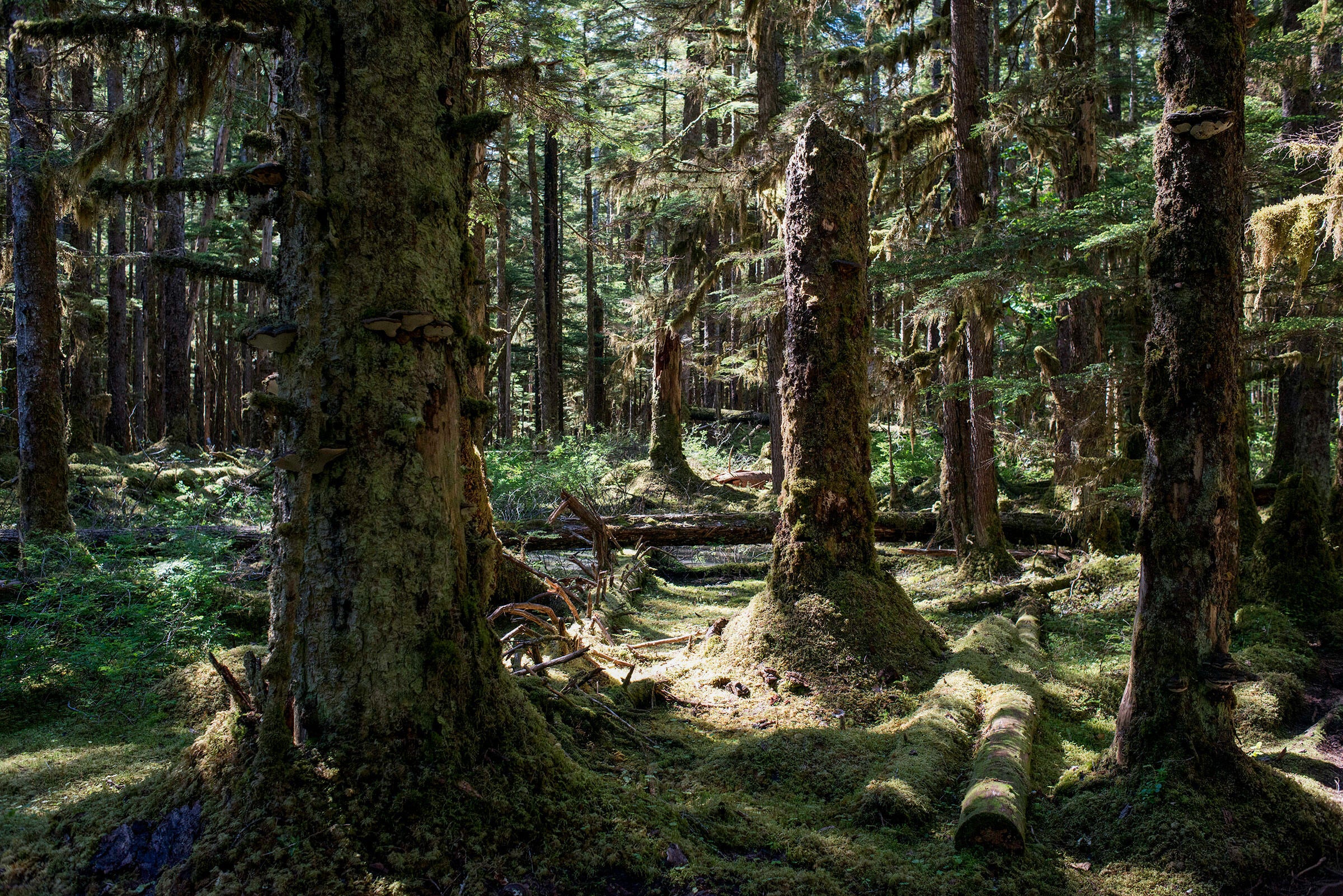 For nearly two decades, the federal Roadless Rule has prohibited road-building and timber harvesting on nearly 60 million acres of the country’s most pristine national forest land. Among the areas currently protected is more than half of the nearly 17-million-acre Tongass National Forest, part of the largest remaining temperate rainforest on Earth. But now, conservationists and the public are speaking out against a rollback effort by Alaska officials and the Trump administration that they say threatens the forest’s old-growth groves and the unique wildlife that lives there.

The rule has been controversial since President Bill Clinton issued it in 2001, and it’s especially contentious in Alaska. Through lawsuits and lobbying, politicians from the state have long sought to block its implementation. Supporters of roadless areas have mostly come out on top, winning multiple court cases and halting timber development when the Bush administration made the Tongass temporarily exempt from the rule.

But this past August, despite opposition from the National Audubon Society, Audubon Alaska, the Center for Biological Diversity, Defenders of Wildlife, and dozens of other conservation groups, U.S. Secretary of Agriculture Sonny Perdue signed a memorandum of understanding with the State of Alaska, following the state’s petition to once again drop the Tongass from the Roadless Rule. Perdue directed the U.S. Forest Service to write an Alaska-specific rule, opening a 45-day public comment period that ended in October.

On February 11, the Forest Service published a summary of those public comments, which found that the majority of responses called for keeping roadless protection in place. “The Forest Service said it for us: The majority of comments oppose changing the Roadless Rule,” says Dan Cannon, Tongass forest program manager for the Southeast Alaska Conservation Council. “That was hugely important to show the agency how much regional, statewide, as well as national support there is for the Roadless Rule, not only nationwide but as it exists on the Tongass.”

It’s not yet clear what the state-specific rule will look like—the recent comment period was about big-picture feedback on the overall proposal—but conservationists are worried. “Every indication of what the alternatives are would be a rollback of the current Roadless Rule,” says Natalie Dawson, executive director of Audubon Alaska. “There will be losses in protected acreage.”

Spread across a massive archipelago of more than 2,000 islands that encompass most of southeast Alaska, the forests here are home to stunning biodiversity and endemic species. The Tongass hosts exceptional birds, including the Prince of Wales Spruce Grouse and the Queen Charlotte Goshawk, a subspecies of Northern Goshawk found in southeast Alaska and coastal British Columbia that hunts and breeds exclusively in old-growth forests. The Marbled Murrelet, a seabird that nests in tufts of moss found on massive limbs of large coastal trees and is considered endangered on the International Union for Conservation of Nature's Red List, also finds refuge there. All five species of Pacific salmon live in the Tongass, as do grizzly bears, wolves, and Sitka black-tailed deer.

Along with providing access for loggers to cut the old-growth woods where these creatures live, building roads also fragments their habitat, which can affect breeding success for some species. Erosion caused by logging roads is a major threat to salmon, since it can load streams with sediment that destroys their spawning habitat and suffocates eggs.

The area is also home to indigenous people who have been there for more than 10,000 years and continue to live in their ancestral lands alongside settler communities. Some of those native residents say that state and federal officials have failed to properly consult with them on the rule rewrite. In a letter to the Forest Service and Alaska officials, Joel Jackson, the President of the Organized Village of Kake—one of the region's federally recognized tribes—argues that the Forest Service breached federal law and its own policy by not seeking the tribe’s input before signing the memorandum. 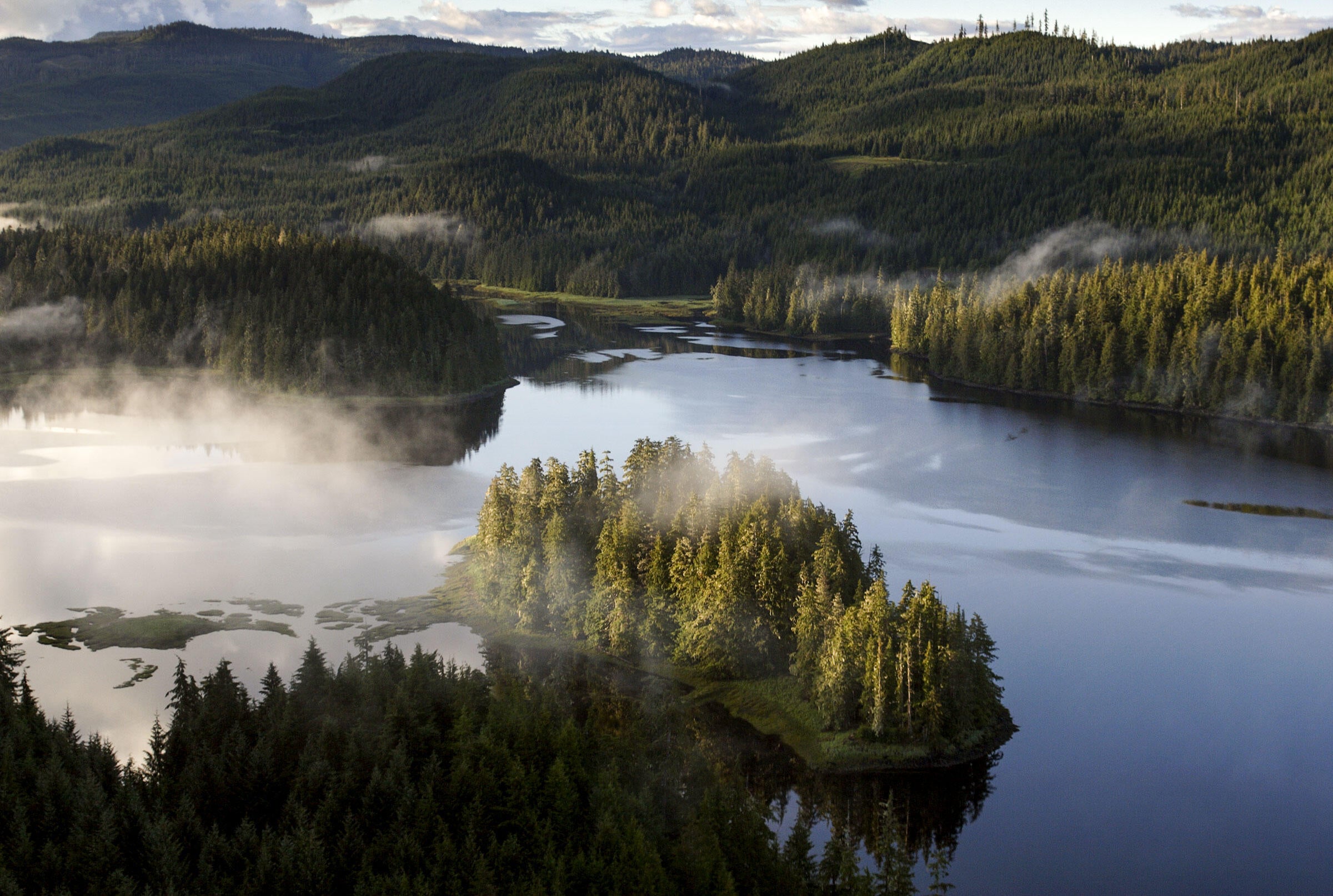 Tribal officials from Kake told Audubon in a statement that the Forest Service was moving at “breakneck speed” on developing a state-specific rule, and that rolling back roadless protections for the Tongass could threaten the lifeline that healthy land provides for their community. “Given the high costs of shipping and outside foods, local food security has become even more of a priority,” they wrote. “We know that clear-cuts and roads are detrimental to our watersheds and harm the deer, salmon and trout that serve as our primary food source!”

To many opponents, the idea of opening the Tongass to new development is particularly vexing because they see it as sacrificing an immensely valuable forest to prop up an industry in steep decline. Timber accounted for just 354 jobs in southeast Alaska in 2017, a 90 percent reduction over 25 years. It’s miniscule compared with the tourism and seafood sectors, which provide thousands of jobs and could suffer if the state-specific Roadless Rule eliminates protections. Dawson says she’s particularly worried about what will happen to the remaining cedars and Sitka spruces on Prince of Wales Island if loggers gain new access to the Tongass. Most of the island’s old growth has been cut, but what's left is close enough to existing infrastructure—including the only large mill left in the region—to be economically viable.

The Forest Service plans to issue a draft environmental impact statement for the state Roadless Rule this summer, opening up another period for the public to provide input before the final rule, expected about a year later. The draft document will give everyone a clearer picture of how the agency envisions a state Roadless Rule, allowing the public to make more specific comments about potential changes on the table. That timeline would create a new rule before the end of the current administration, but Congress could still intervene. Democratic Senators Maria Cantwell and Patty Murray of Washington last year introduced a bill to permanently protect the 58.5 million acres covered by the rule in 39 states. Although it didn't pass, similar legislation is expected soon.

Dawson says it’s unfortunate that the next comment period will come during the busy fishing and guiding season for many people who make a living from the state’s natural resources. But if the strong response so far is any indication, southeast Alaskans and others who want to see Tongass remain untouched may well find time to speak up.

Correction: Due to an editing error, an earlier version of this story incorrectly described the Marbled Murrelet as federally threatened in the Tongass. The federal government considers it threatened in California, Oregon, and Washington, but not Alaska.