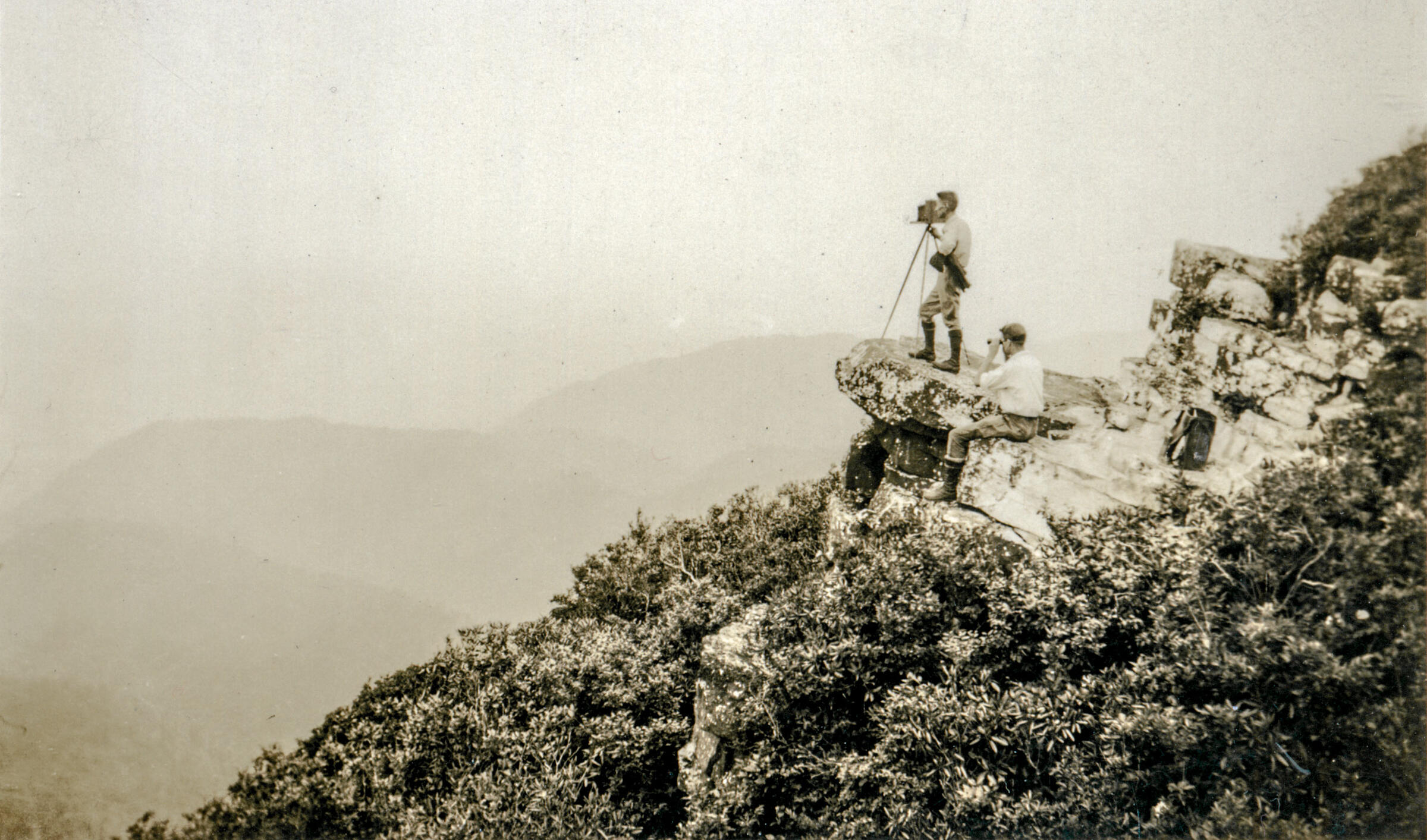 A Japanese-born immigrant, Masa wasn’t allowed to become a U.S. citizen—but he played an important role in the establishment of America’s most-visited national park.

George Masa died, penniless and alone, at a sanitarium in North Carolina. It was the summer of 1933, and Masa, an immigrant from Japan, had succumbed to a respiratory illness. He was only about 45 years old and was already a conservation hero, though his contributions were not celebrated at the time. More surprisingly, his work remains little known today.

In the 18 years before his death, Masa had dedicated himself to documenting the American landscape. He took photographs that helped convince philanthropists, politicians, and local community leaders that the Great Smoky Mountains were worth protecting. His work came to fruition just one year after his death, when Congress chartered the Great Smoky Mountains National Park, which today receives 12.5 million visitors a year.

Like his better-known contemporary Ansel Adams, who documented now-famous landscapes in the American West, Masa captured some of the first photographs to accurately portray the characteristic ripple of the Smokies’ mountains and valleys, as seen from its peaks and ridgelines. According to newspaper accounts from the time, Masa would park his car and hike for miles while carrying half his body weight in equipment to get those shots. His 8-by-10, large-format camera was “a standard tool in towns and studios," according to Paul Bonesteel, a documentary filmmaker and Masa biographer. But such cameras were rarely taken into the field. “[Masa] knew it took effort to get photos that were better or different,” Bonesteel says.

Famous conservationists in Masa’s day realized that his photography would help people understand the area they all hoped to preserve from logging companies that were clear-cutting old-growth forests. When the U.S. National Park Service discovered that buying land to establish the park would be more expensive than anticipated, its director sent several of Masa’s photos to John D. Rockefeller, Jr., along with a request for millions of dollars. The conservation legend Myron Avery chose a Masa photograph to illustrate his 1935 Scientific American article that exhorted authorities to finish the southern portion of the Appalachian Trail. 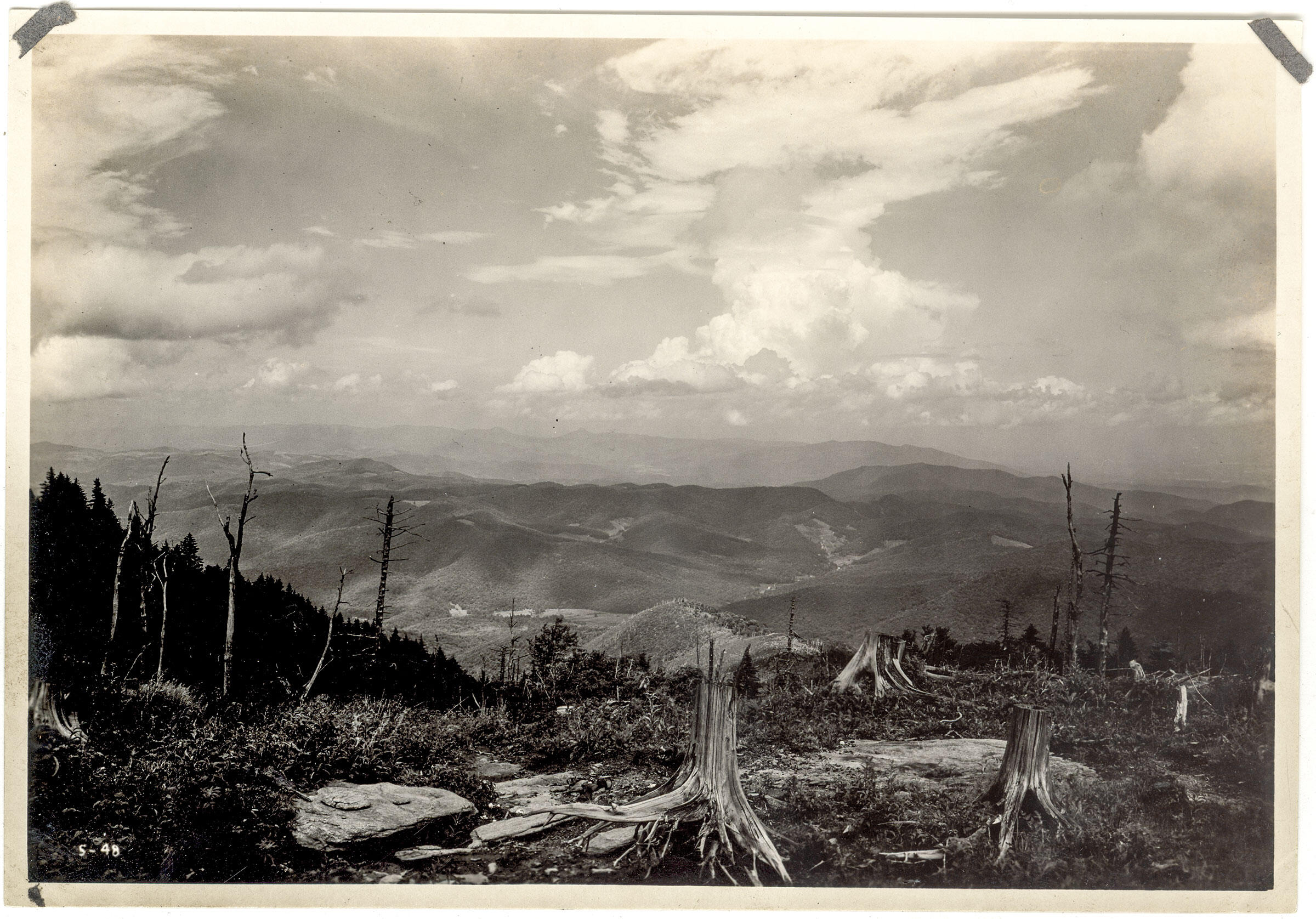 Avery “recognized that Masa had captured something that nobody else had seen before,” according to Janet McCue, a biographer of both Masa and his close friend and fellow conservationist Horace Kephart. “Nobody else had stood in the rain waiting for the clouds to lift to get that picture,” she says.

Masa, whose given name was Masahara Iizuka, was born in Japan around 1889 and probably entered the United States through San Francisco in the early 20th century. Industrialization and a changing economy led many young men from farming and middle-class families to immigrate to the United States during that period, according to Sunmin Kim, a sociologist at Dartmouth College who studies race and immigration. Many Japanese immigrants of Masa’s generation “were coming to forge a new pathway in their life,” Kim says.

Most stayed on the West Coast or in communities in New York City, but Masa moved to Asheville, North Carolina, in 1915 and found a job in the laundry room of a Gilded Age mountain resort called the Grove Park Inn. “It's kind of rare to see a person going all the way to North Carolina and getting a job,” Kim says. Quickly, he worked his way into positions that brought him into direct contact with the resort’s wealthy and powerful guests. Masa was a popular figure at the hotel, often taking guests’ photos. He frequently struck up correspondences by mailing photographs to illustrious figures of the day, including Calvin and Grace Coolidge, who would become President and First Lady. 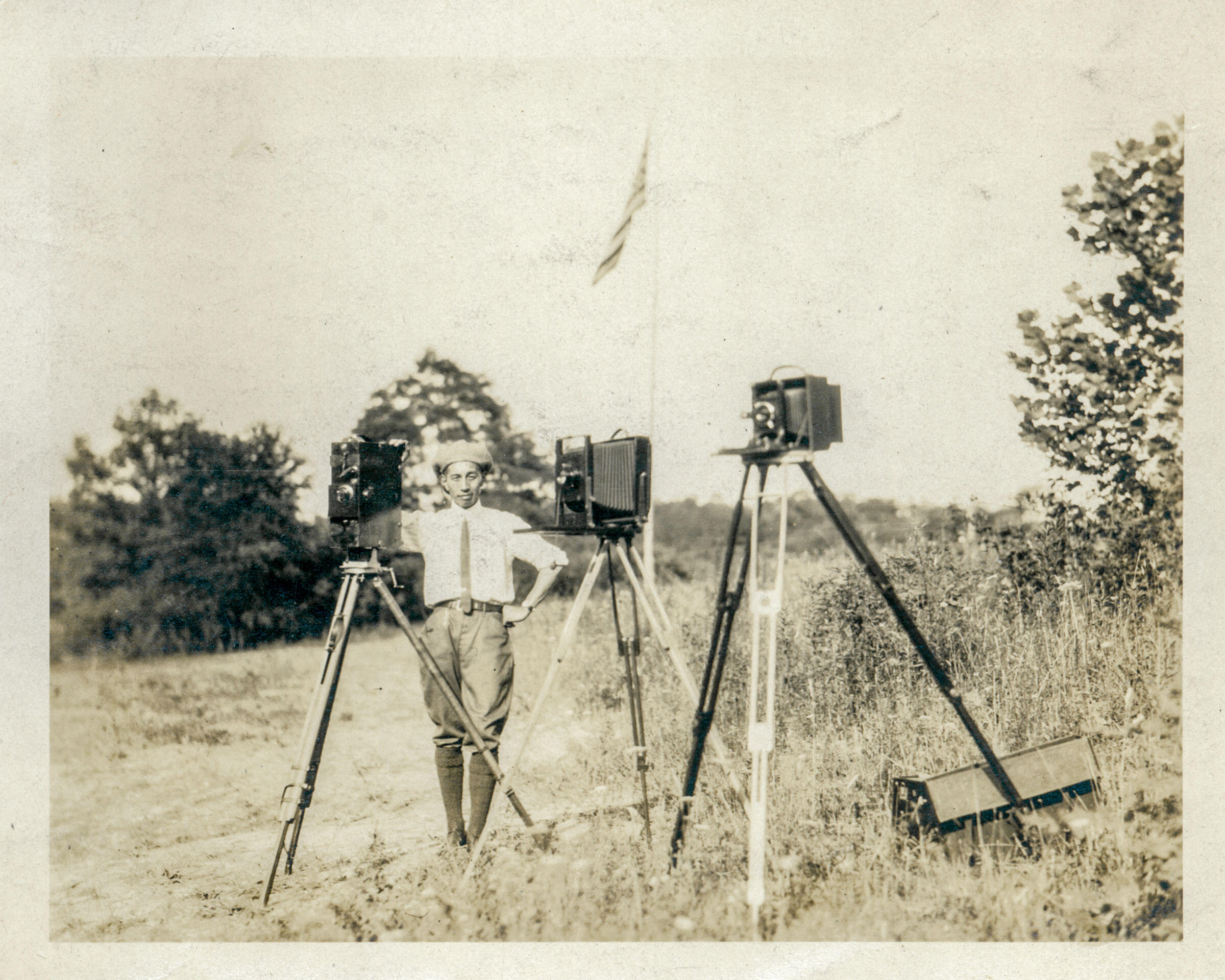 While the worst of anti-Japanese xenophobia in the United States occurred after his death, culminating in Japanese internment camps during World War II, such racism was already increasing in Masa’s lifetime as political tensions between the two nations rose.

Aside from his photography, his years of mountaineering made him expert in the topography and other features of the Smokies.

Asheville was not a hotbed of anti-Japanese sentiment, but researchers have documented one notable case of discrimination against Masa that occurred in 1916. After working at the Grove Park Inn for about a year, Masa told the manager that he planned on leaving in search of opportunity in a bigger city. Instead of writing the letter of recommendation Masa had requested, the manager reported Masa’s supposedly suspicious behavior to federal investigators. “He has become very proficient and has further developed into, or was, a most expert photographer and is far more brilliant than we had any reason to suppose,” the manager wrote of Masa. “He spends most of his spare time taking and developing pictures, making records, etc. and now is talking about leaving.”

While the supervisor’s motivations aren’t clear from the letter, Kim says it reads as a “veiled threat” that suggests Masa may have been “somewhere between an indentured servant and a free worker,” which was a common way for employers to treat Japanese immigrants at that time. Masa left the resort in 1918 and became a partner in a photography studio in Asheville, which he soon took over when the owner left the state.

Though Masa faced mistreatment from his employer—and, most likely, in other situations that historians haven’t documented—he used his connections and talents to make significant contributions to early conservation and outdoor access in the region. Aside from his photography, his years of mountaineering made him expert in the topography and other features of the Smokies. He worked with committees that recorded the official names of the features and trails in the Great Smoky Mountains, as well as the committee that charted the route of the Appalachian Trail as it passed through the park. 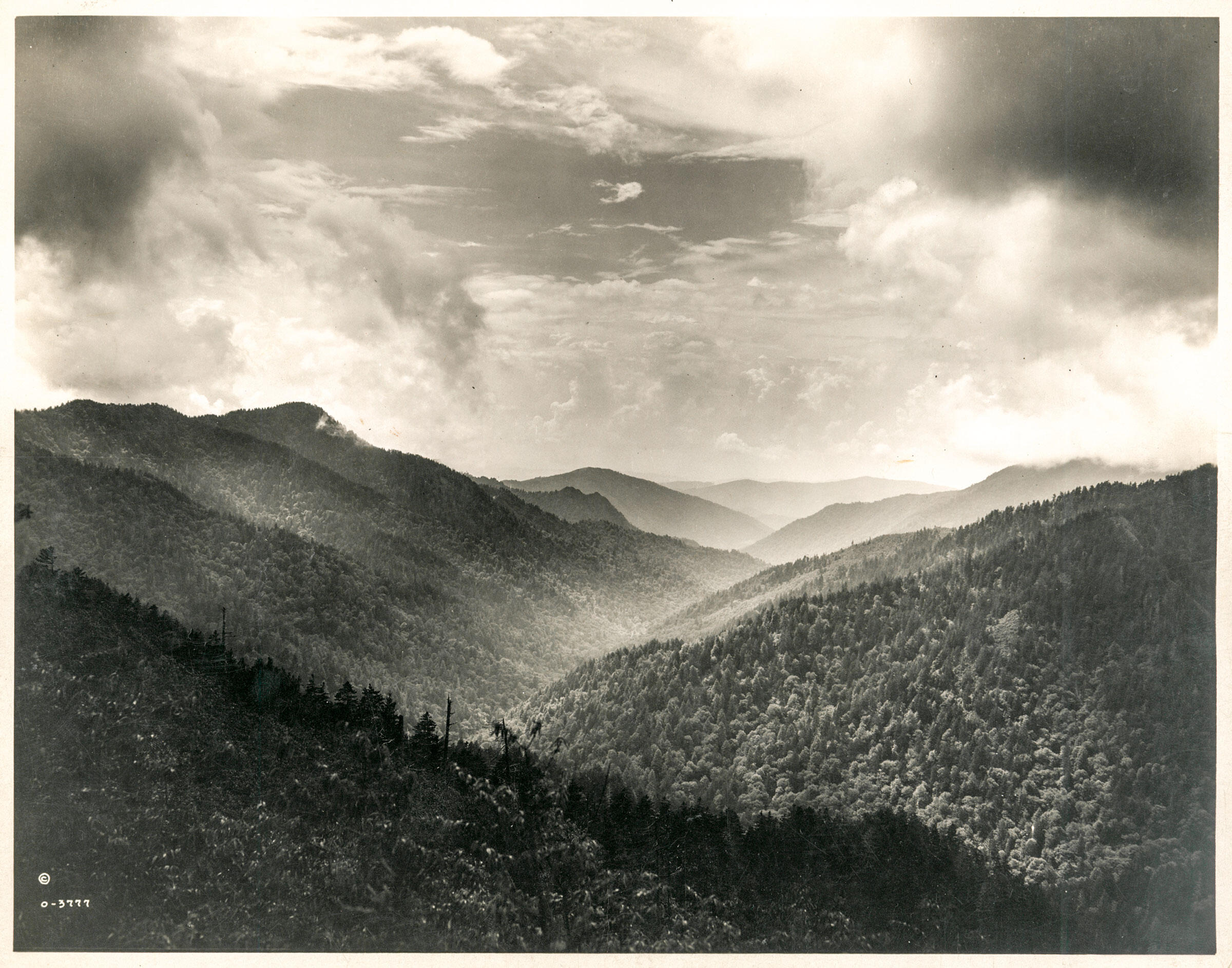 And he leveraged his relationships, notably with the Coolidges, to protect the land “when it became apparent that legislative action would be needed to create the park,” according to McCue. Masa also photographed John D. Rockefeller, Jr. when the oil magnate and philanthropist visited the region in 1928. The photo ran in the New York Times, and Masa sent an original print to Rockefeller himself.

The same year, Rockefeller donated $5 million that was needed to buy much of the land that would become the park. Without it, “the park might never have happened,” McCue says.

Masa has not been remembered as one of the towering figures of the North American conservation movement, but he may be the kind of hero modern environmentalists need. Conversations about racism have escalated in the last year in the United States, awakening many to the fact that racism remains institutionalized in many areas of American life. The environmental and conservation movements are no exceptions, and many people and organizations within them are now reevaluating the legacy of historical figures who are known for being white supremacists, xenophobes, eugenicists, or for enslaving and oppressing Indigenous and Black people.

“The really well-known conservationists unfortunately had a clearly defined racial agenda of protecting nature against the invasion of ‘the immigrants,’ and many conservation areas still bear their names,” Kim says. “Maybe we can replace them with the names of people like George Masa.”

This story is part of an ongoing series that will highlight trailblazers in birding, conservation, and environmental history whose contributions were overlooked or underrecognized because of their identities or backgrounds. We welcome readers to submit suggestions or pitches future profiles. Please email them to audubonmagazine@audubon.org, and put "History Series" in the subject line.

Harriet Tubman, an Unsung Naturalist, Used Owl Calls as a Signal on the Underground Railroad

The famed conductor traveled at night, employing deep knowledge of the region's environment and wildlife to communicate, navigate, and survive.