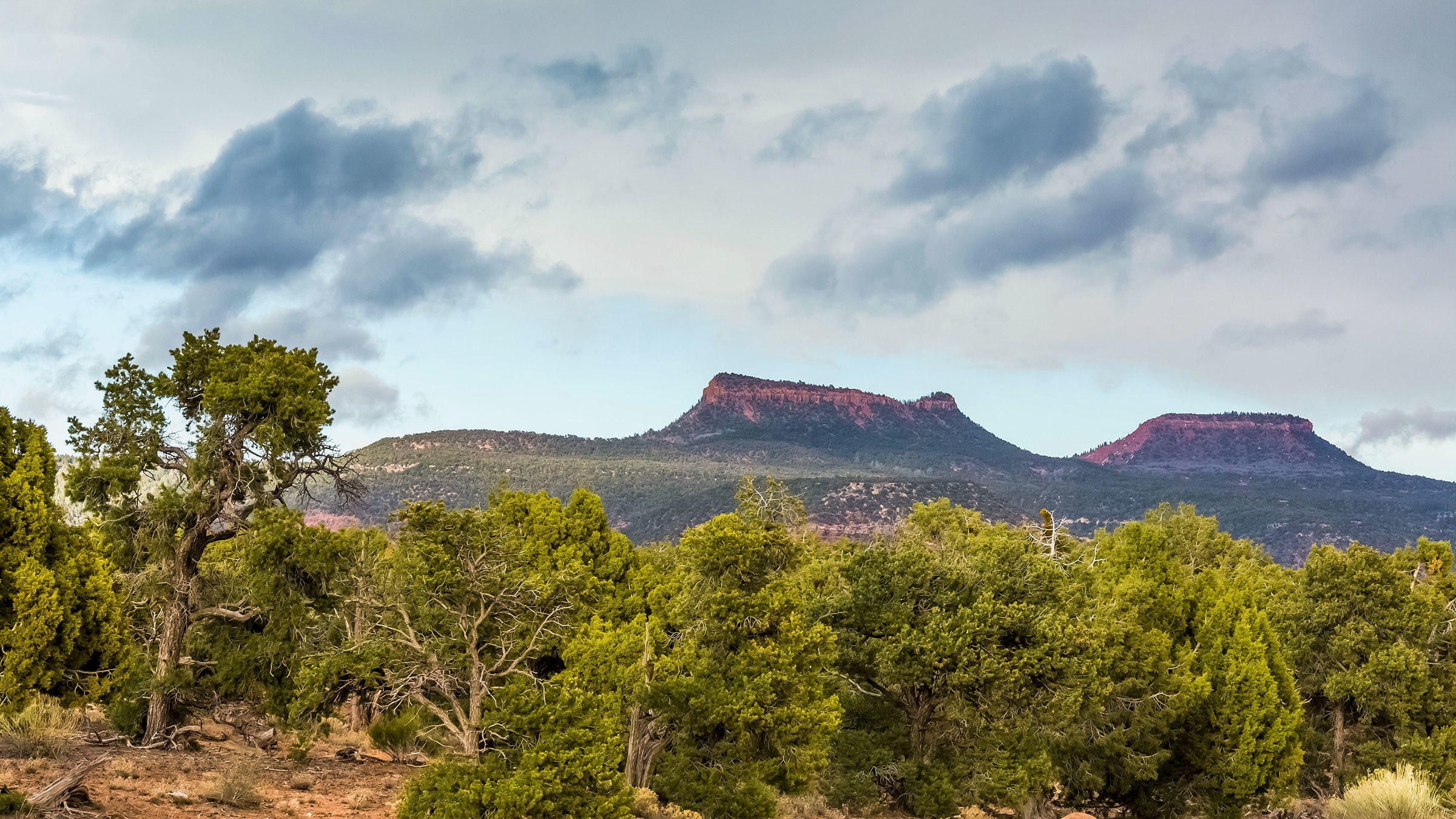 The government says uprooting piñon-juniper forest with heavy chains improves public lands in the West, but the science is sketchy. 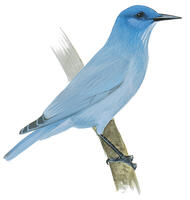 When President Donald Trump in 2017 shrank Bears Ears National Monument by about 85 percent, tribal leaders, conservationists, and outdoor recreationists were aghast. The redrawn boundaries cleared the way for oil and gas drilling on once-protected land, they warned, and left out gravesites, artifacts, and other cultural resources held sacred by local tribes.

Now those same groups are blasting the government’s proposal for managing what’s left of the monument—a plan that they say leaves the area’s wild character and its historical and ecological treasures vulnerable to destruction. “Not that anybody bought it, but the message from the administration was, ‘We’re not opposed to monuments, we’re just making it the right size,’” says Nada Culver, vice president of public lands and senior policy counsel for the National Audubon Society. “Well, that whole facade has just crumbled now.”

Critics of the management plan cite several reasons for concern, including its allowance for new roads, off-road vehicle trails, and power lines. But one possible outcome in particular has advocates on edge: The government could clear thousands of acres of native piñon-juniper forest—home to the Pinyon Jay, Ash-throated Flycatcher, Merriam's Turkey, and other birds—using a practice known as chaining.

The approach lives up to its name: Two bulldozers drag between them a massive length of chain—up to 300 feet long with each link weighing as much as 90 pounds—that strips the landscape of vegetation in hundred-foot-wide swaths. It's one of several heavy-equipment-driven “vegetation treatments” that the BLM and the Forest Service, which jointly manage Bears Ears, use across the West to promote wildlife habitat, limit fuel for wildfires, and improve grazing in areas leased for livestock, among other goals. Comprehensive data on the scale of these practices aren't readily available, but government figures show more than 1,500 such projects in the Great Basin region between 1940 and 2015.

But while those treatments may yield benefits, some scientists and conservationists question the government's justifications for using them so broadly. “My view is that there needs to be a moratorium on all of these practices until there’s an honest look at the impact they’re having across the landscape,” says Katie Fite, a biologist and public lands director with the nonprofit group WildLands Defense. “They’re abused to the point that the whole system needs to be reset.”

Chaining is controversial on any public lands, but especially so in a national monument set aside to protect stunning natural beauty, intricate ecosystems, and thousands of sacred sites and relics dating back 13,000 years. Multiple public comments on an earlier draft management plan urged the government to prohibit chaining, warning of the damage it could do to those resources. But the newer proposal would allow it on the entire 200,000-acre monument, “as long as the agency can find a way to get the bulldozers in,” Culver says. “The only limitation is the discretion of the agency.” And one of the proposed plan’s stated goals, she notes, is to maintain or increase those treatments for fire management.

Whether chaining actually accomplishes its various goals is up for debate. Earlier this year, a conservation science organization called the Wild Utah Project reviewed the existing research on the impacts of vegetation treatments. Their findings were mixed, at best. They noted that the treatments tend to give a foothold to invasive and fire-prone cheatgrass, for example, and could therefore fuel wildfires rather than reining them. And most previous studies found the treatments had no significant impact on the perennial native grasses and forbs they’re meant to promote as forage for wildlife and livestock. Of 22 studies on wildlife habitat, only half found a positive impact from the treatments; 5 found negative effects and the rest were inconclusive.

Studies included in the review showed that mechanical treatments like chaining did boost numbers and habitat for the imperiled Greater Sage-Grouse by removing thirsty piñon pine and juniper trees that encroach on their sagebrush habitat. Along with sucking up precious water, the trees provide raptors with perches from which to hunt sage-grouse in an otherwise waist-high landscape. (Sage-grouse don't live in Bears Ears, so chaining there won't help them.) But it found mostly negative or insignificant results from treatments that targeted the sagebrush itself—an approach sometimes used to make way for grasses and forbs the birds eat outside of winter, when they rely on sagebrush for food. As the review points out, the U.S. Fish and Wildlife Service wrote in 2010 that chaining and other treatments are of “questionable” value for sage-grouse, and that, because “the preponderance of evidence that suggests these treatments are not beneficial to sage-grouse, the rationale for using such treatments to improve sage-grouse habitat deserves further scrutiny.”

Unsurprisingly, the results also show that removing those trees is bad for birds that rely on them. Climate change-related heat and drought are already causing widespread, worrisome die-offs of piñon trees in the Southwest that are driving down bird populations there. Intentionally killing more trees could imperil birds like the Pinyon Jay, whose population plummeted by more than 50 percent between 1968 and 2015. A 2018 report, funded in part by the BLM, concluded that the bird’s worrying decline “has roots in pinyon-juniper removal,” and warned that, if those treatments remain widespread, the Pinyon Jay could become “a crucial ‘sage grouse-like’ issue. With the amount of treatment planned in the near future by land managers, it could become a major problem.”

The context of chaining in Bears Ears heightens such concerns. The Pinyon Jay, which feasts on the seeds of its namesake tree and rarely ventures far from piñon stands, was one of about two dozen bird species mentioned in President Barack Obama’s 2016 proclamation establishing Bears Ears. The area also contains the largest contiguous critical habitat for the threatened Mexican Spotted Owl, for example, and supports the endangered Southwestern Willow Flycatcher.

How the government will manage those birds’ Bears Ears home isn’t yet final. (The BLM declined to comment on its plan for chaining or the potential impacts on the environment.) Those who believe their earlier comments were disregarded have until August 26 to file a formal protest with the BLM. And local tribes and conservation groups—who sued the Trump administration for what they consider its illegal downsizing of Bears Ears and another Utah monument, Grand Staircase-Escalante—are optimistic they’ll prevail in federal court.

The broader debate about the role of chaining and similar practices on public lands, however, may be only beginning, according to Laura Welp, ecosystems specialist for the nonprofit Western Watersheds Project. “Millions of acres of pinyon-juniper and sagebrush communities have been treated on public lands in the past and millions more acres are on the block,” Welp said in an email. “But it is only now rising to the level of public attention.”

The president gutted Bears Ears and cut Grand Staircase-Escalante in half, but experts say he’s on shaky legal ground.

In just a decade, three quarters of birds vanished after drought, heat stress, and beetles killed millions of piñon trees in the southwest.