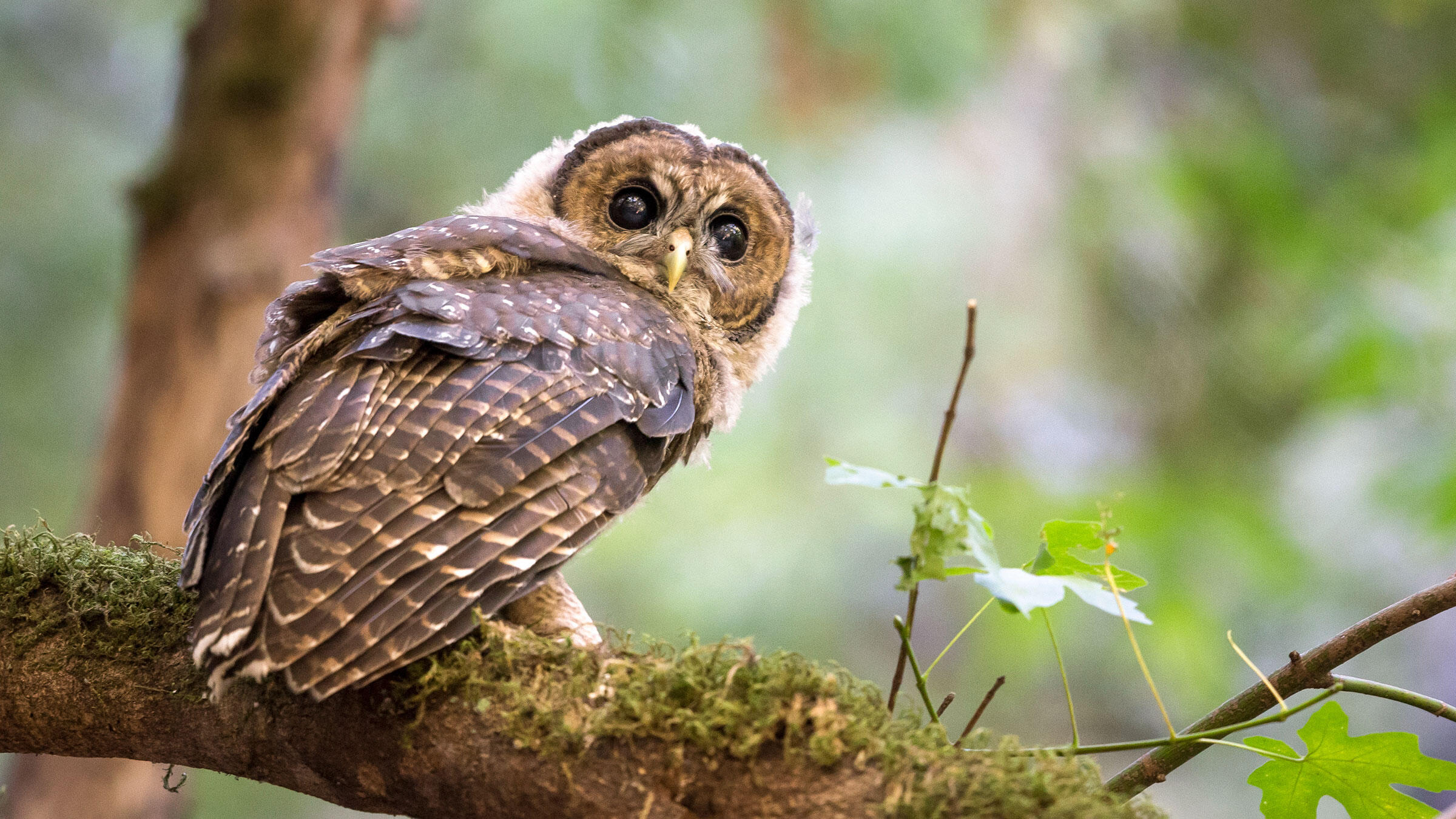 The question now is, can human law save them from a Barred Owl invasion?

The sight of a monogamous nesting pair of Northern Spotted Owls is a sign of a healthy forest. The highly territorial birds rarely leave the protective cover of dense northwestern forests and their nests in dead standing trees.

Today, however, many are vagabonds, soaring aimlessly without nests or homes. First ousted by the logging industry, Northern Spotted Owl populations declined far enough to earn them a “threatened” designation under the Endangered Species Act in 1990. But as their population continued to drop precipitously—by 3.8 percent annually across their range since 1985—state scientists recognized that more protection was needed.

The owls got more of that needed protection last month when the Fish and Game Commission of California unanimously voted to list the birds as threatened within the state of California, a label that protects the birds and their habitat under state law.

Unfortunately, human law can’t protect the birds from a growing threat: Barred Owls, whose invading population is pushing Northern Spotted Owls out of their territory. Bigger, faster, and more resilient, Barred Owls have spread west from eastern forests over the last century, following new forest corridors across the northern Great Plains. After settling into the northwest, the species reproduced rapidly, forcing Northern Spotted Owls to compete for food.

Territory may be an even bigger point of contention between the birds. Once Barred Owls establish a nest and lay claim to space, they bully Northern Spotted Owls out of their habitat, says Tom Wheeler, an environmental lawyer at the Environmental Protection Information Center, a non-profit that led the effort behind the listing.

As soon as they're forced out, the Northern Spotted Owls become “floaters,” as Wheeler calls them. “They just kind of float on the landscape,” he says. “They don’t try to reproduce. They’re kind of just hanging on, eating enough to survive.” They stop vocalizing, making them hard to track, and they’re sometimes forced into open areas away from the forest’s protective canopy where they become easy prey to larger raptors, he says.

The conundrum now for conservationists is how to handle the Barred Owl problem. One of the more controversial measures is to shoot the birds. The U.S. Fish and Wildlife Service is well into a four-year experiment to kill up to 3,600 Barred Owls throughout the northwest to see if it increases Northern Spotted Owl populations. Since 2013, 378 Barred Owls have been killed in California, Oregon and Washington—and early evidence shows that non-territorial floaters slowly returned and reestablished their nests, says Wheeler.

But the experiment is still in its early days, and Andrea Jones, director of bird conservation at Audubon California, says that it may not work over the long term. “Barred Owls are native species, too, and you’re never going to stem that tide,” she says. “You have to just make the habitat for the spotted owls the best you can.”

The birds’ new threatened status in the state may help with that. It gives state wildlife agencies the authority to protect habitat, regulate rodenticides, and take other efforts to maintain current populations of Northern Spotted Owls.

The designation, of course, won't keep Barred Owls away—and it's possible that guns can't either. “If you kill Barred Owls, another one just going to come along,” Jones says. “You cannot stop the Barred Owl.”