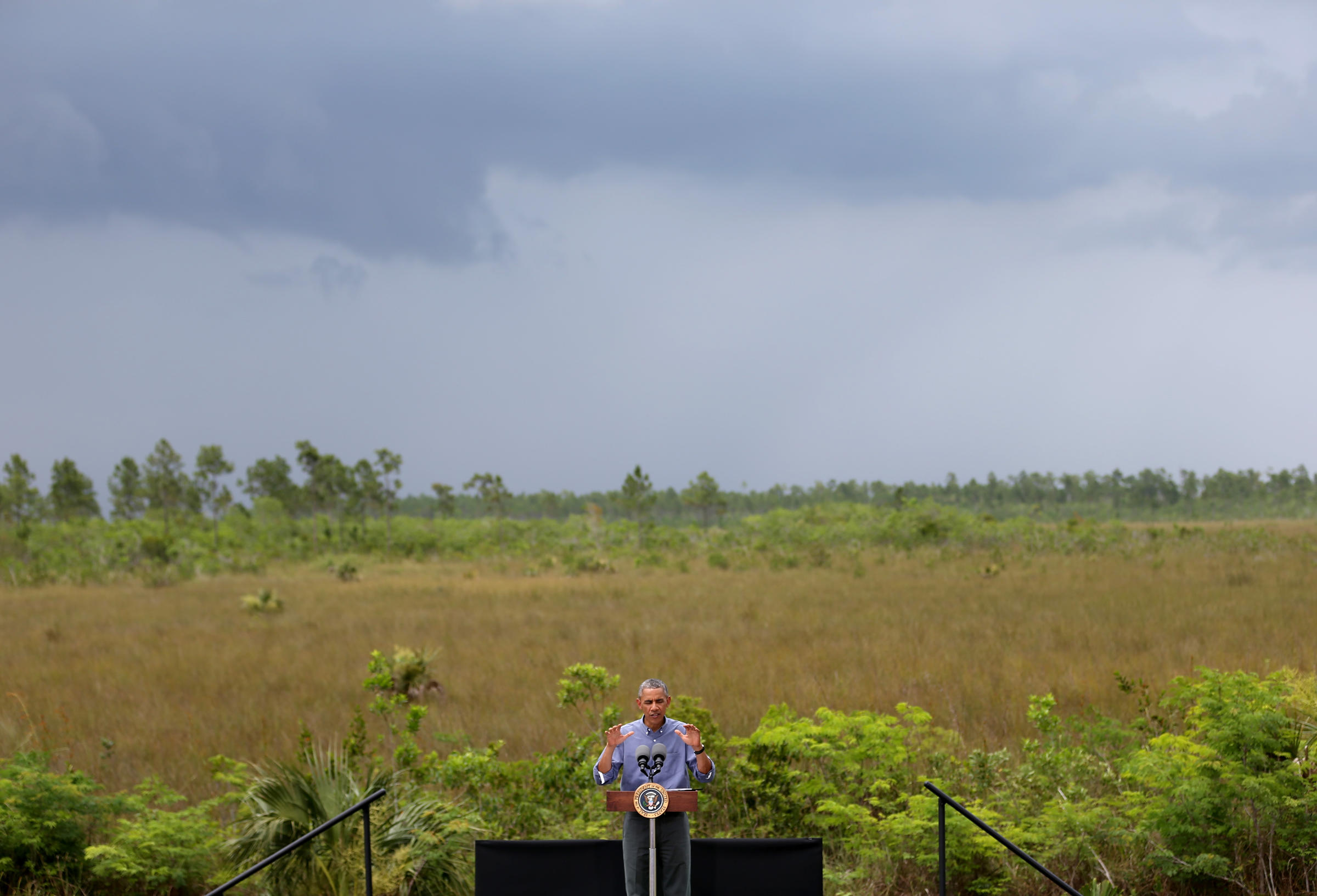 President Barack Obama spoke about the climate change's threat to the economy and the world while visiting the Everglades National Park on Earth Day, April 22, 2015. Photo: Joe Raedle/Getty Images

Our kayaks followed the green tidewater as it pushed into the interior of the Everglades marsh. We came to a large shallow lake—one that certainly didn’t belong in a healthy marsh habitat. The sawgrass that had occupied the area had yielded to the seawater. As the tide changed, the water rushed out of the wetlands in a river flowing to Florida Bay, leaving a wide mudflat—strangely out of place in the Everglades—a brief, doomed interlude before the area was completed claimed by the sea.

I thought about that awful sight on Earth Day when President Barack Obama visited Everglades National Park to warn that sea level rise is a grave threat to America’s greatest wetland. His short speech made America’s Everglades the latest poster child for the urgency of combating climate change and its impacts on low-lying coastal land. The speech was nevertheless full of promise and hope. We do not have to accept the inevitability of the sea taking over the Everglades. The solutions will test our resolve, but there are common sense approaches. 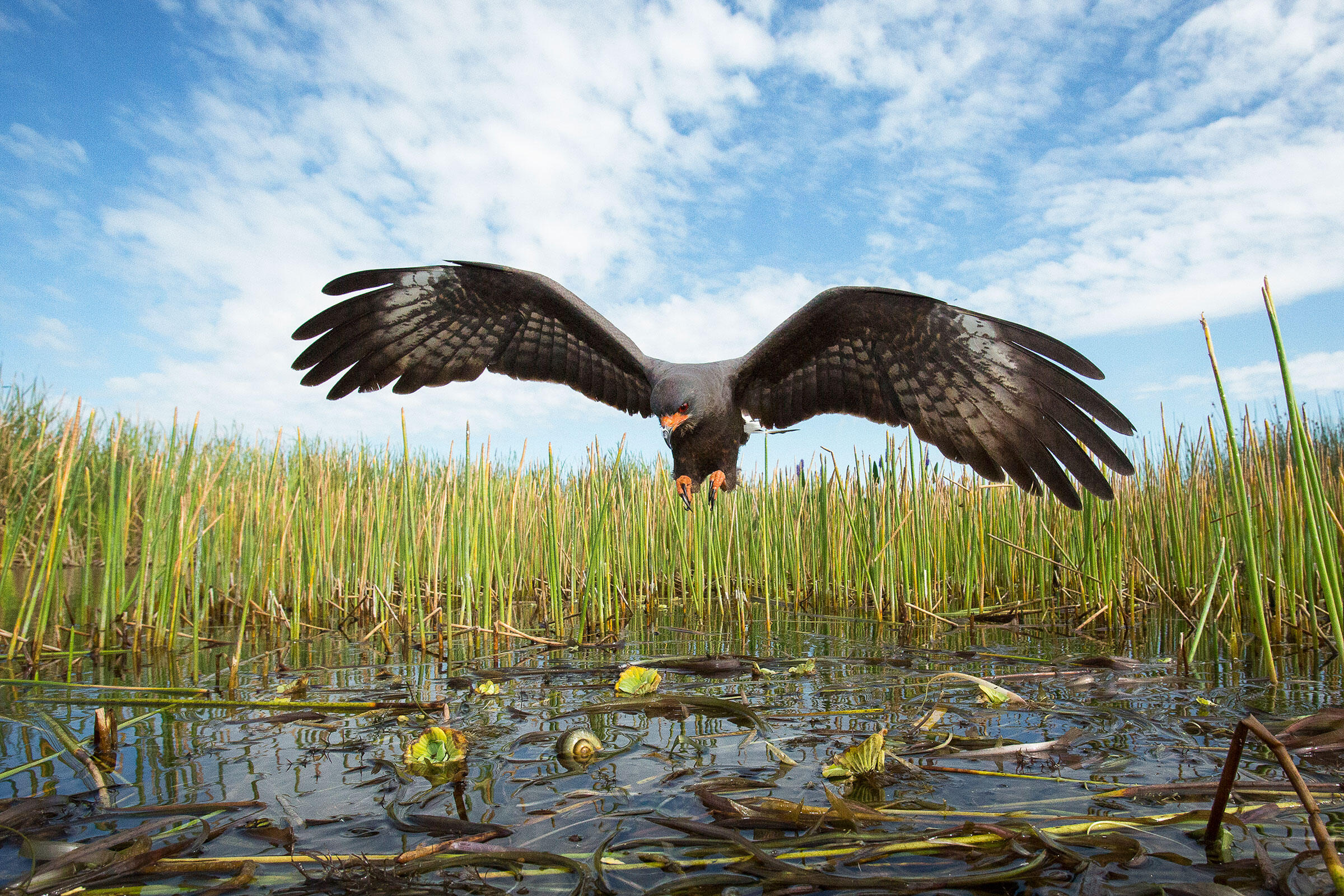 This endangered Everglades Snail Kite is one of less than 400 nesting pairs left, thanks to bungled water management schemes. Photo: Mac Stone 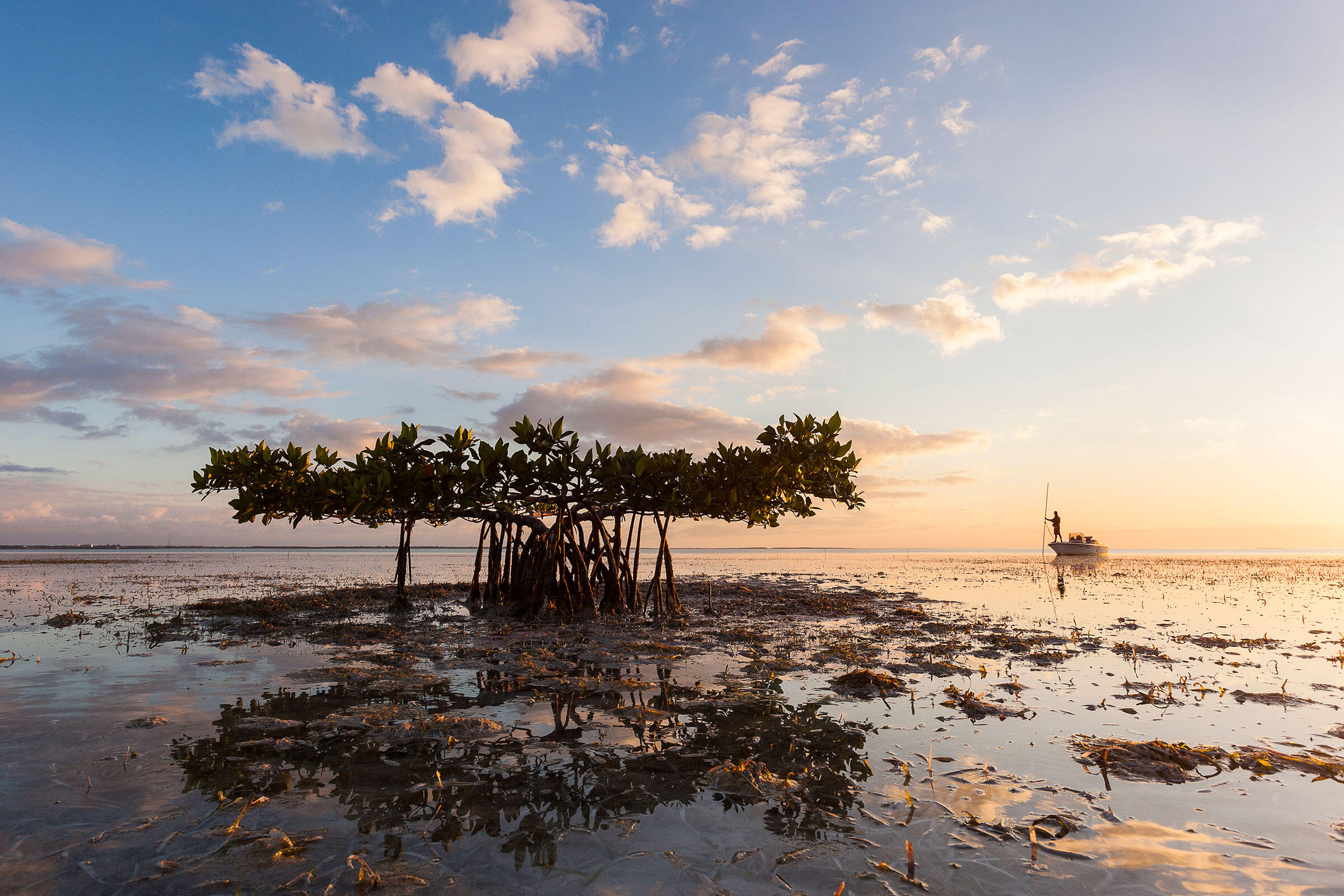 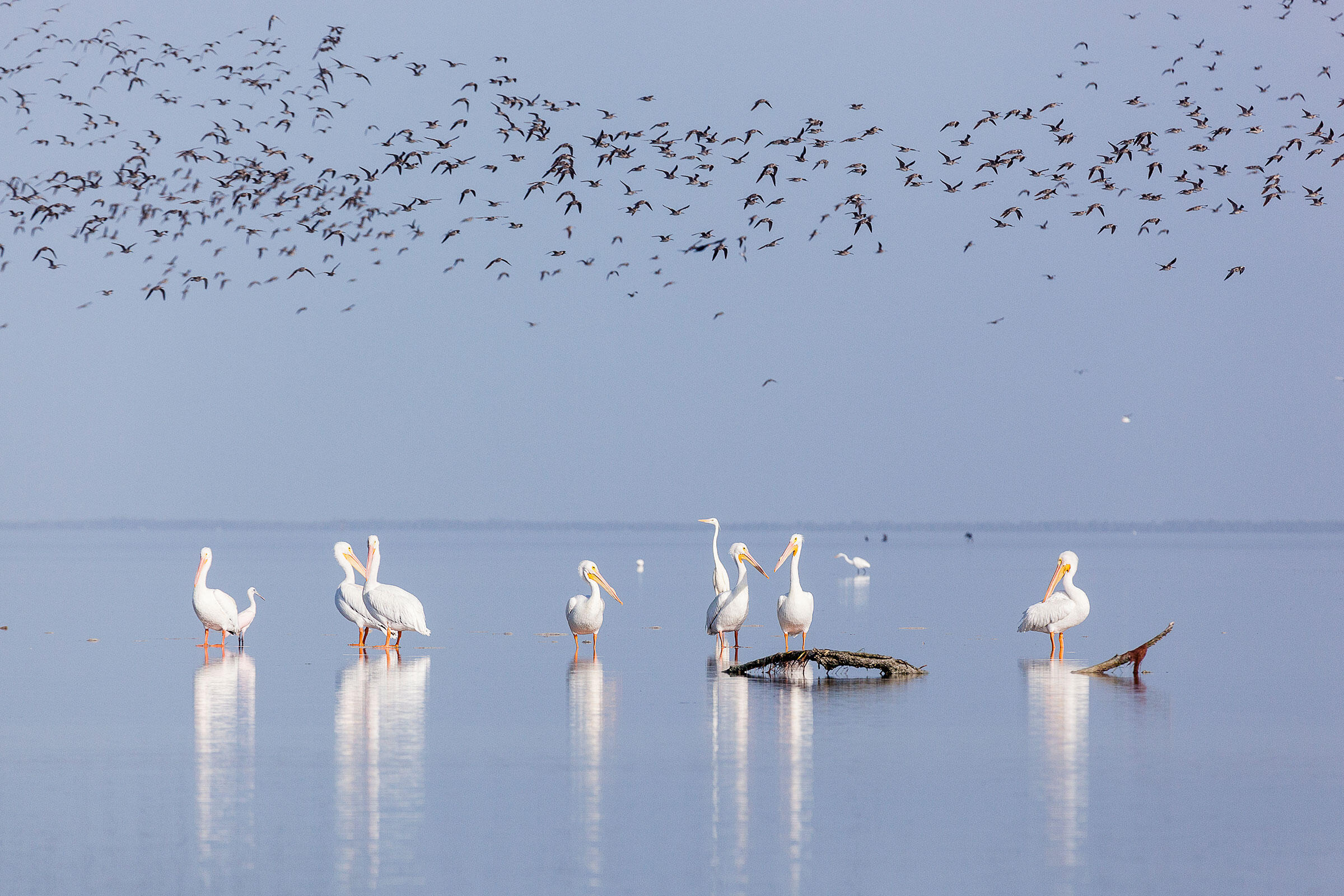 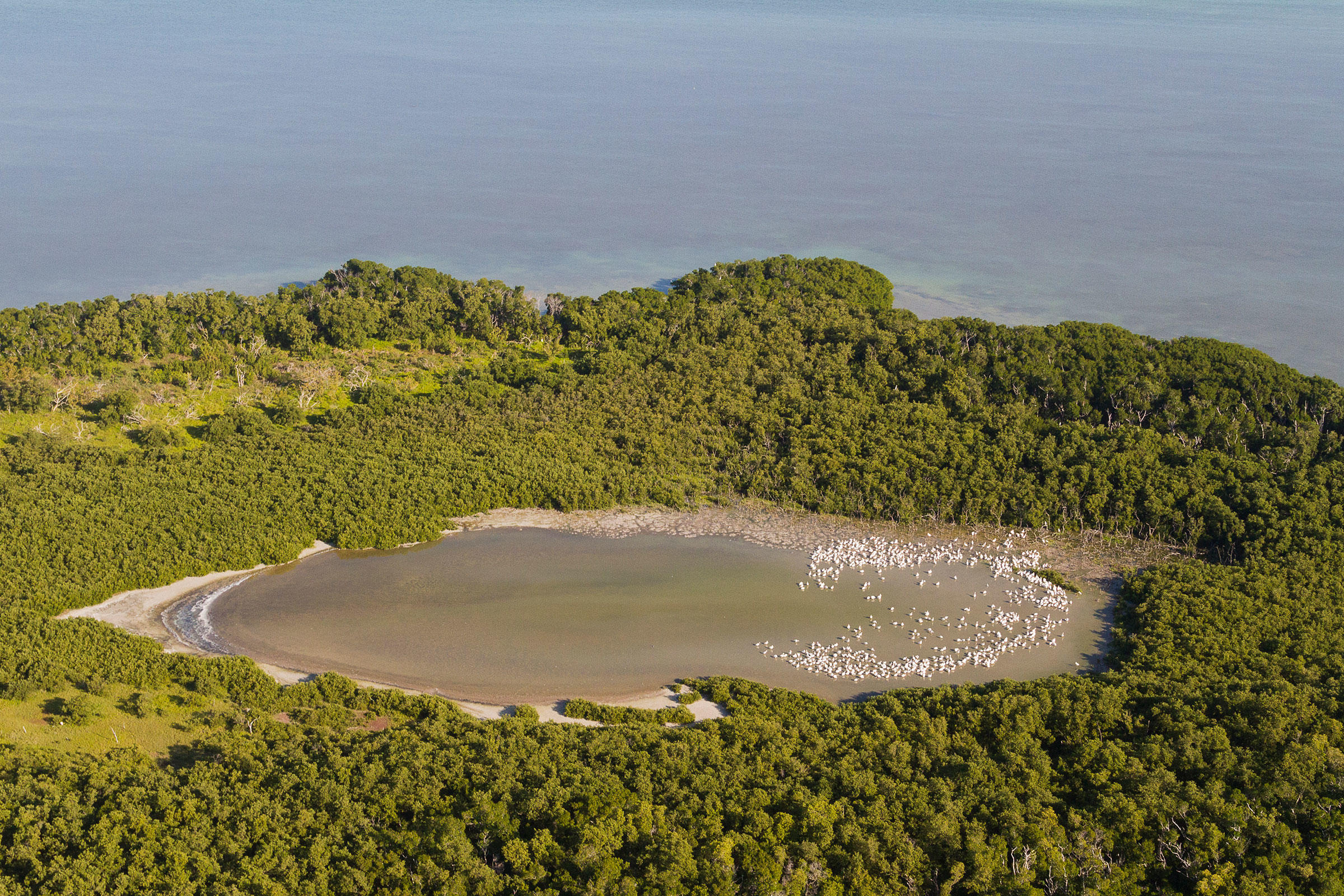 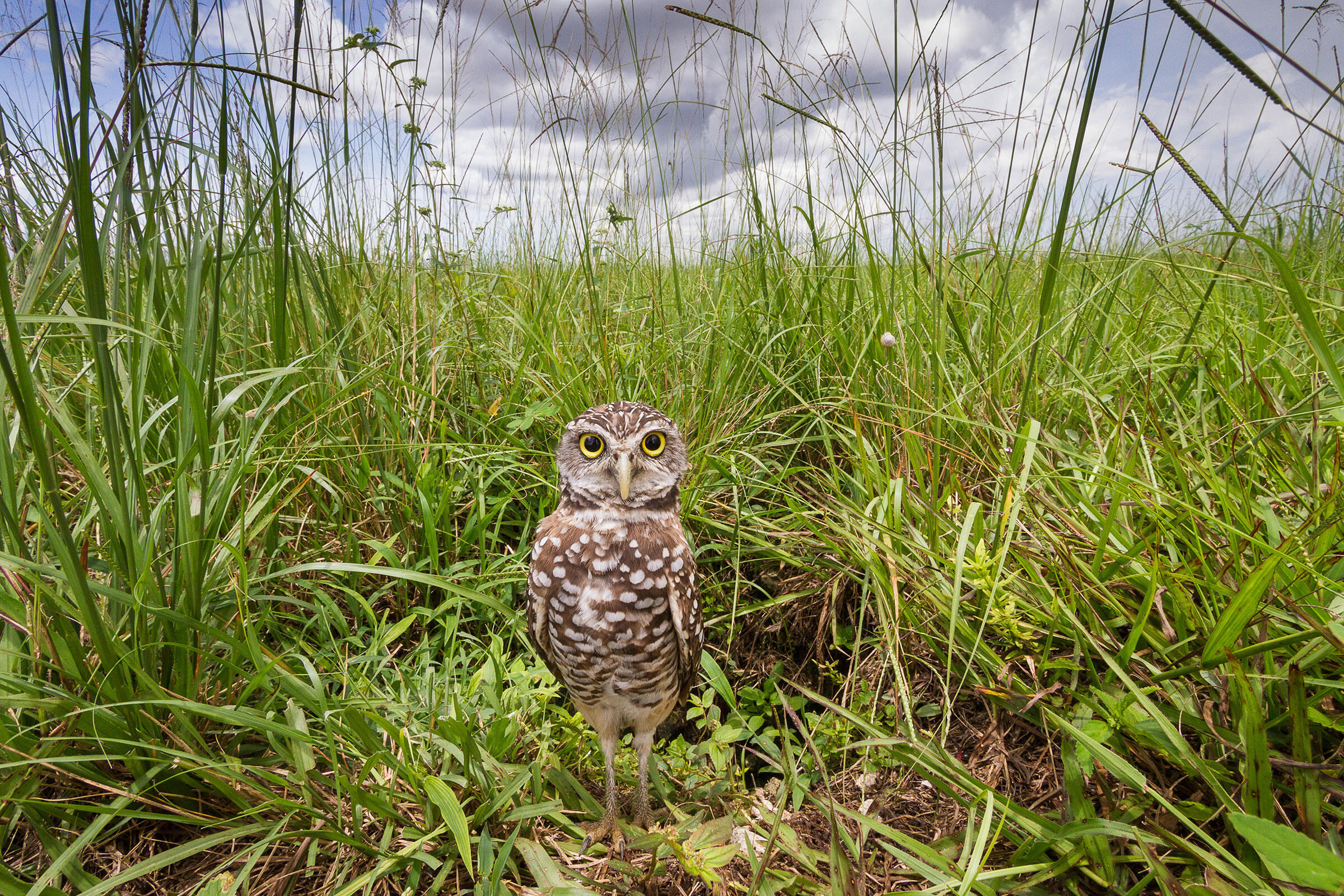 First, we need to restore freshwater flows to the coastal marshes. Once we’ve shored up the health of those marshes, we need to lead a global effort to reduce emissions of gases that trap heat in the atmosphere and raise ocean temperatures.

The ambitious Everglades ecosystem recovery plan will fill in canals and remove levees to allow water to flow south through the Florida peninsula. Some of this water begins its journey more than 100 miles north of Florida Bay, which is the southernmost point of the state where freshwater and saltwater meet. Rainfall used to seep slowly south through the Everglades. Now, ditches drain the water quickly out to tide.

Most people are confident that if Congress and the State of Florida spend the money promised for the Everglades, we can build and operate restoration projects to replicate enough of the historic flows to make the system viable again. In fact, as seen in the video below, Audubon Florida is already working on this problem.

The second problem demands action far more difficult than getting individual people and families to reduce the emissions that cause climate change. It requires that all the governments and businesses of the world cooperate so that the costs and effort are borne fairly and evenly across nations.

Cooperation to prevent a global catastrophe is imperative—and in theory, the threat should compel disparate groups to work together. The U.S. should step up as world leaders in the search for solutions to climate change. Yet our task has been made nearly impossible by a sub-set of political leaders who refuse to admit that climate change is a problem.

Having worked for Audubon on Everglades restoration for over 20 years, I have seen successful bipartisan collaboration to create policies and secure funds to control pollution and build restoration projects. Florida Governors—as different in style and thought as Lawton Chiles, Jeb Bush and Charlie Crist—have found a way to bridge political divides to accomplish such important work.

We need that type of statesmanship for both the Everglades and our eroding coasts. Perhaps Governor Scott and President Obama can join hands to persuade Congress and the Florida Legislature to put aside politics and work together to restore freshwater flows and to limit the pollution that is warming the world and raising the sea.

Eric Draper is the Executive Director of Audubon Florida.