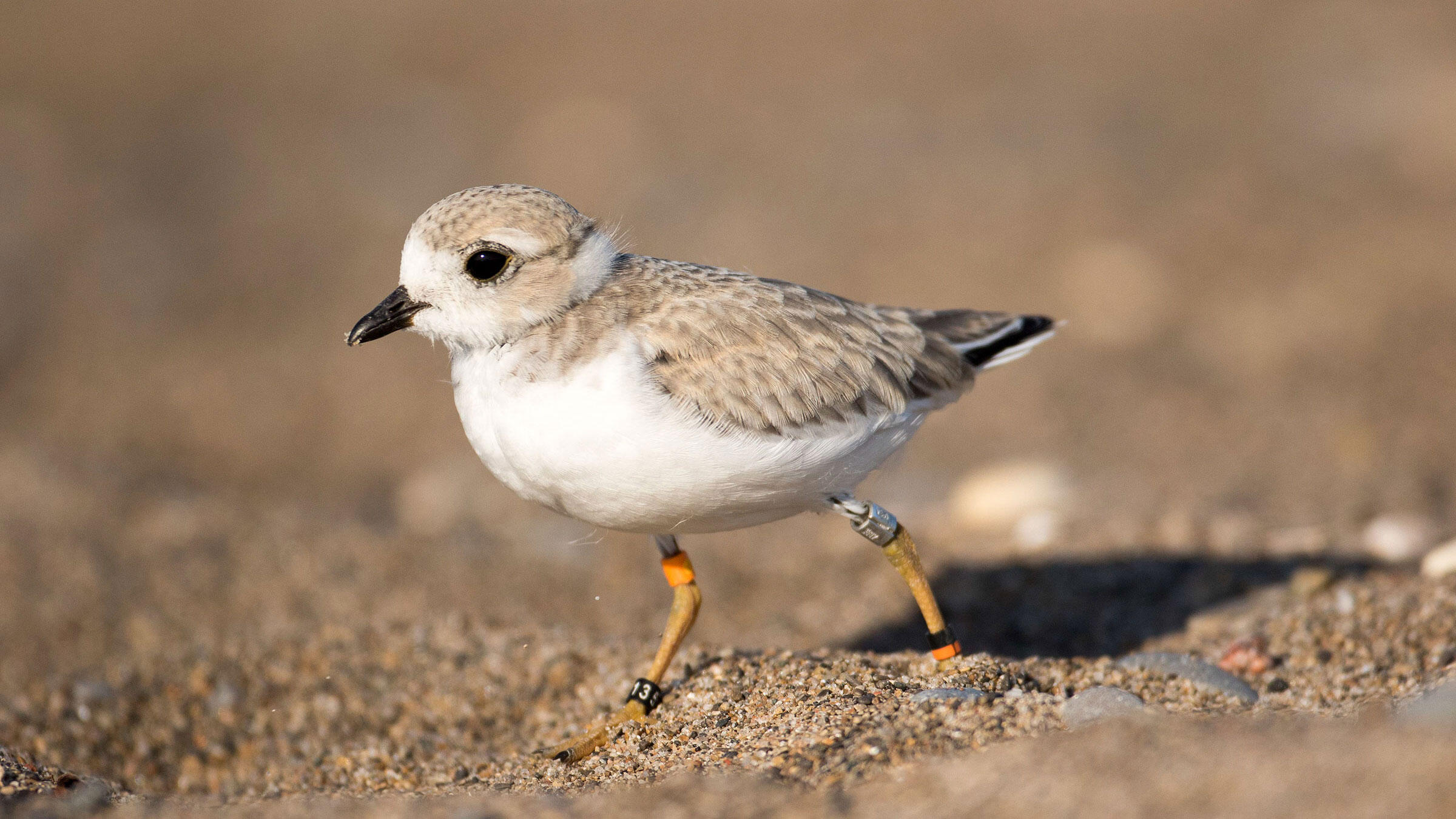 One of Toronto's own Piping Plover fledglings shows off its leg bands, which were strapped on when the chicks were nine days old. These bands identify each chick as an individual and allow scientists to follow its entire life history. Photo: Mark Peck

Three fledged chicks, raised near Canada's largest city, are the latest sign that the endangered Great Lakes population is recovering.

Last week, three Piping Plover chicks from Toronto, Canada learned how to fly. They’re far from alone: It’s midsummer, and juvenile birds all over North America are earning their wings. But these adolescent birds are remarkable because their fledging marks the first time a plover pair has successfully raised chicks on Lake Ontario's Toronto Islands in 84 years.

“It’s pretty exciting to see them pop up in these areas that they haven’t been nesting in in decades,” says Andrea Gress, coordinator of the Piping Plover program at Bird Studies Canada, a nonprofit that manages the program for Canada's Ministry of Natural Resources and Forestry.

In 1985, the United States listed the Great Lakes population of Piping Plovers as endangered under the Endangered Species Act. (The Atlantic and Great Plains populations were listed as threatened.) At the time, there were about a dozen nesting pairs in the Great Lakes region, all in Michigan. The plover population around the lakes is still small—just 67 nesting pairs this year, down slightly from a record high of 76 last year—but slowly growing. The birds first returned to Canada in 2007. Last summer, Piping Plovers nested along Lake Erie, in Pennsylvania, for the first time since 1977. Now they've moved north to Lake Ontario, too.

That the birds are spreading out and finding new nest sites is a signal that the population is healthy and growing, Gress says.

Sarah Saunders, a quantitative ecologist at the National Audubon Society, agrees. “It is definitely a good sign that plovers are returning to Toronto beaches and are now nesting on all five Great Lakes as they did historically,” she says. Previous to working for Audubon, Saunders performed postdoctoral research on possible threats to the rebounding Great Lakes Piping Plover population. 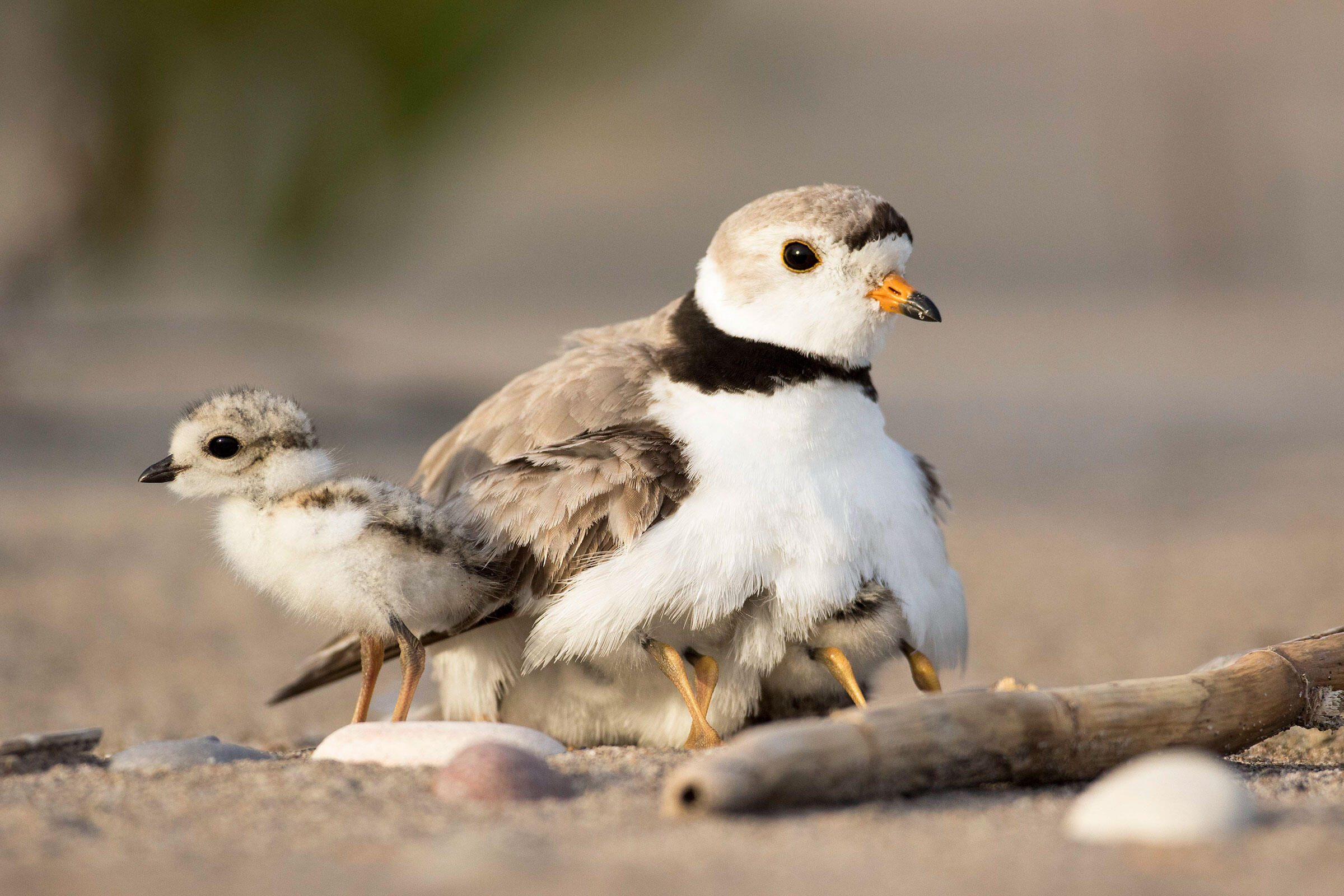 Toronto is the most populous city in Canada—with 2.8 million people in the city and nearly 6 million in the greater metro area—and in 2016, beaches at Toronto Island Park saw more than a million visitors. For plovers, which nest on bare sand, this means valuable habitat is trampled under human feet or lost to development.

It also doesn’t help that the tiny birds are easy prey for hungry gulls, Merlins, and mammals like foxes, minks, and unleashed pet dogs. “When the chicks are young they are just little, chicken nugget-sized snacks for predators,” Gress says.

In early June, Gress received a tip from the Canadian Wildlife Service that plovers had been seen on the Toronto Islands, a large park just south of the city’s downtown. She hurried to the beach, where sure enough she found two Piping Plovers dancing in the sand, about to get it on.

While tracking tiny plover tracks in the sand, Andrea Gress heard a “pip” and looked up to see a startled plover sitting on four eggs.

For more than a week she kept an eye on the birds and watched out for their nest. Finally, while tracking tiny plover tracks in the sand, she heard a “pip” and looked up to see a startled plover sitting on four eggs. Gress quickly rustled up a team to erect a four-foot-tall protective exclosure around the nest and fenced off a 50-meter perimeter to give the new parents a wide berth. She also recruited volunteers to help watch over the nest.

The birds had good instincts, though: They picked a low-traffic part of one island called Hanlan’s Point Beach. The spot is fairly quiet, with most human beachgoers deterred by the roar of a nearby airport, Gress says. It also happens to be near the clothing-optional section of the beach, which attracts a sizable community—one that embraced the little fuzz balls.

“They would put some shorts on and come up and chat with the volunteers and keep tabs on how the plovers were doing," Gress says. “That community of people is really supportive of the conservation work."

These plover parents were particularly “feisty,” Gress says. Plovers usually share parenting duties, switching off between foraging and incubating eggs or caring for chicks. But these two worked as a team, sticking close together and rushing other birds, such as Spotted Sandpipers, when they wandered into plover territory. One of the volunteers who kept watch over the nest told Gress she even saw the tiny plovers scare off a family of Canada Geese. 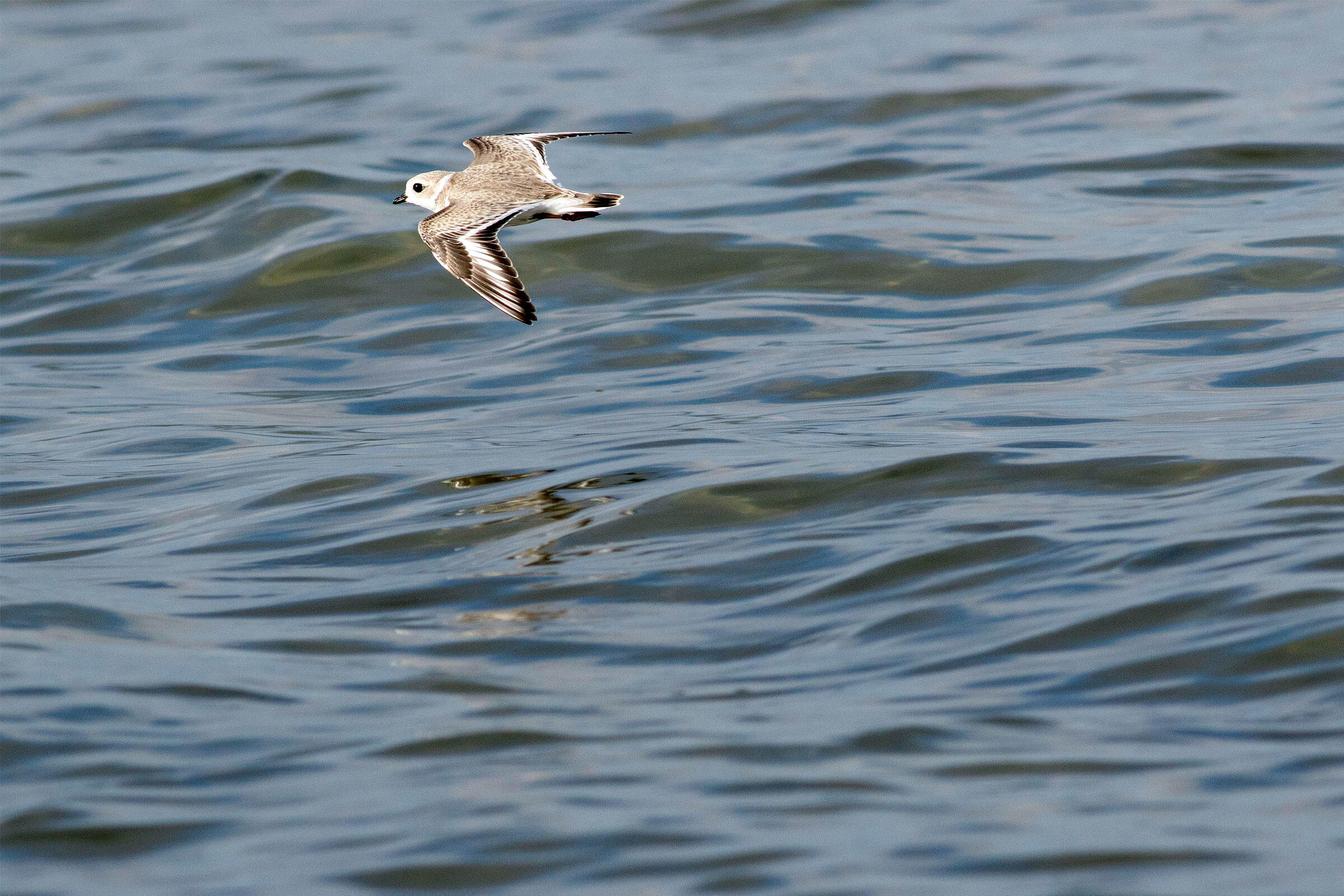 Once a Piping Plover can fly 50 meters on its own, conservationists declare it successfully fledged. Photo: Mark Peck

In the last two months, 47 volunteers looked over the plover family in shifts. In both the United States and Canada, plover volunteers act as community scientists, gathering detailed notes on parenting patterns, interactions with predators, and flight progress. They also explain the conservation effort to beachgoers and encourage people to keep their dogs leashed.

These volunteers quickly fall in love with the little birds and their personalities, says Norah Toth, the chair of Plover Lovers, a volunteer group on Sauble Beach on Lake Huron. But the work can be tedious and sometimes gruesome. “It’s a tough life being a Piping Plover; it’s also a tough life being a volunteer,” Toth says. “Some people find it’s really hard to . . . witness the predation of a chick.”

The Toronto plovers did lose one chick, but it was when the mother rejected it from her brood. This kind of aggressive rejection is not unheard of in plovers, Gress says. The rejected chick looked sickly, and Gress speculates that the female decided it was a liability. All three of the remaining chicks survived to fledging—a considerable accomplishment given that scientists consider a Piping Plover nest a success if one or two chicks survive.

As of last week, the chicks could fly more than 50 meters, an achievement that means they are officially fledged. In the next week or so, the birds will leave Toronto and begin their migration south to Florida.

It’s possible the pair will return to Hanlan’s Point Beach again next year. Familiarity with a particular beach can boost nest success, Saunders says, and plovers have been known to return to a particular site after being successful the year before.

“Another nest would be really exciting,” Gress says. “I think for people it would mean a lot to have them back, and I think it’s a nice safe beach for the plovers, too, so it would be really great to see them return.”