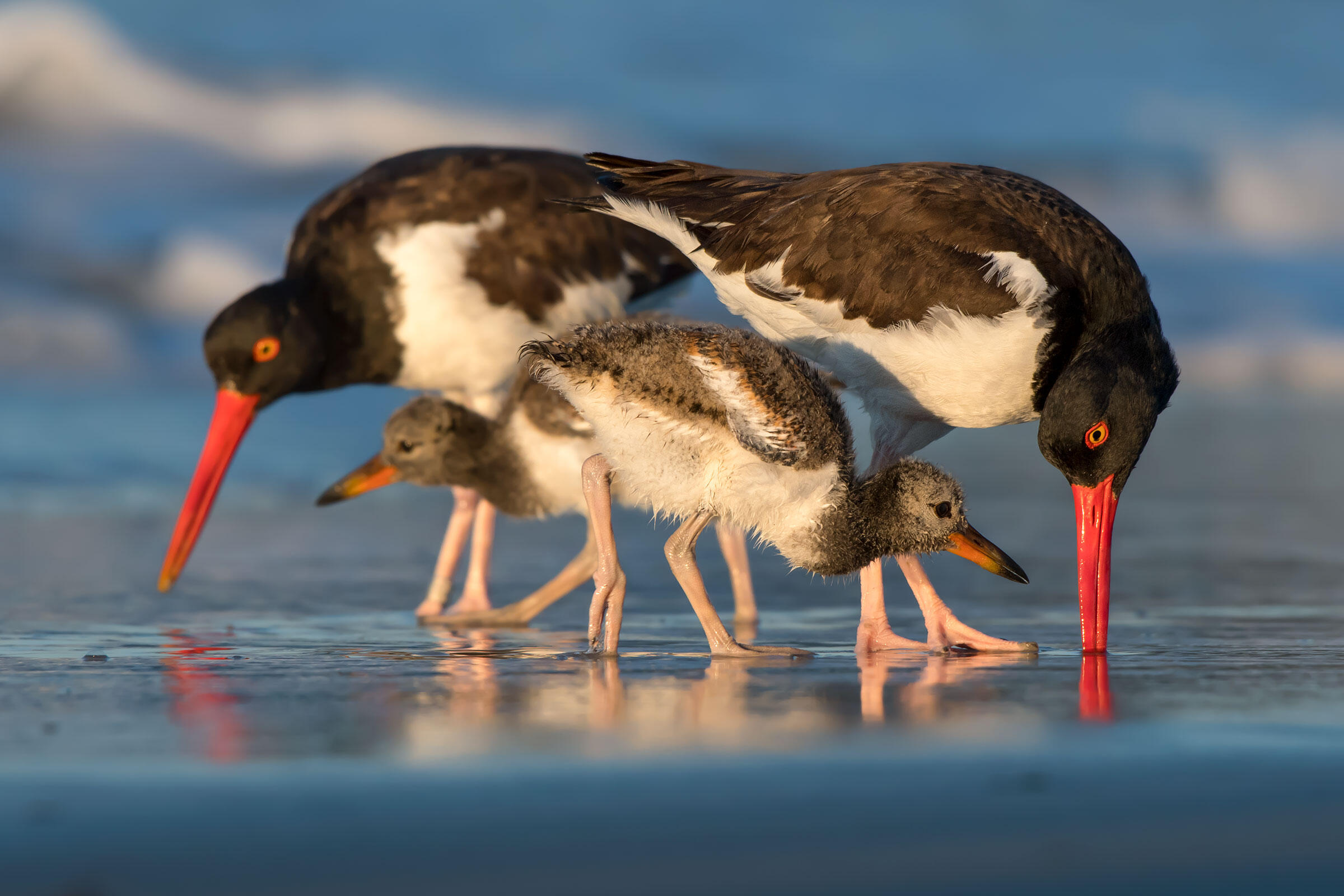 Dead American Oystercatchers on Brazilian beaches were loaded with plastic, hinting that the world’s pollution problem isn’t just far out at sea. 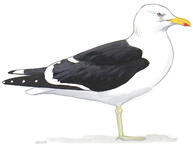 Scientists estimate that by the year 2050, 99 percent of all pelagic birds will have consumed plastic at some point in their lives. From starving albatrosses on Midway Island to foraging auklets in the North Pacific, these species have fast become the poster chicks of the global pollution crisis.

But the problem isn’t just confined to the sea: Other avian species are consuming plastic much closer to home, a new study in Marine Pollution Bulletin warns. Scientists dissected the stomachs of 24 American Oystercatchers from Brazil’s Rio Grande do Sul coast and discovered plastic and glass inside all of them. These findings add to a growing body of evidence that ocean debris is a major concern for shorebirds and their conservation.

Of all the bird carcasses recovered from the beach, oystercatchers logged the most human pollution—a fact that may be attributed to their wide dispersal and foraging habits, says Liana Chesini Rossi, a scientist at São Paulo State University and Unisinos in Brazil and co-author on the paper. It's also part of the reason she chose to focus on the species when publishing the results. The Rio Grande do Sul coast is a major wintering ground for the American Oystercatcher, which ranges across the Atlantic and Gulf Coasts from Massachusetts to Argentina, as well as the Pacific Coast from Baja California to the equator. Rossi and her colleagues Angelo Luís Scherer and Maria Virginia Petry, also from São Paulo State University, surveyed the same 75-mile stretch of sand between Balneário Pinhal and Mostardas each winter from 2007 to 2015 to collect dead birds for study. They recorded an average of 29 pieces of plastic in each oystercatcher, and a whopping 140 pieces in one bird.

Ten of the oystercatchers also showed signs of being run over by vehicles. That makes it hard to determine the cause of death, Rossi says, but doesn’t completely rule out the ill effects of plastic, like poisoning or starvation. She points out that in other cases, plastic-packed birds often have little food in their stomachs, suggesting that they stop eating when the garbage sits there, undigested.

Generally, plastic ingestion is linked to seabird mortality—but an increasing number of studies is looking at the effects on water birds such as Kelp Gulls, Red Phalaropes, and Common Eiders. Many of these birds, including the American Oystercatchers, have been found with plastic fragments known as microplastics in their guts. Some microplastics are produced as tiny manufacturing pellets or exfoliating beads. Others break down from everyday items like bottles, straws, clothing, and packaging when exposed to sunlight, seawater, and wave action, says George Leonard, chief scientist at the Ocean Conservancy.

Previous research shows that some seabirds may be drawn to plastic because it smells like plankton. Shorebirds, however, might have a different impetus. In the Brazilian study, all 24 of the oystercatchers held microplastics that mimicked the colors of their usual prey. Pale microplastics are abundant in oceans, so it could have just been a coincidence. But it’s also possible that the birds thought they were picking up shellfish, Rossi says.

Either way, there’s plenty of trash in the sea, and plenty of chances for a water bird to gulp it down. On average, an estimated 8 million metric tons of plastic hit the waves each year due to littering, illegal dumping, and poor waste management on land and at sea. Much of that refuse piles up in swirling currents called gyres—but microplastics can slip away and wash onto shore, where they imperil a whole different ecosystem.

Beach cleanups can remove some of the plastic in coastal areas, reducing the potential that it will turn into more microplastic. “But the best way to prevent microplastics is to keep it all out of the water in the first place,” Leonard from the Ocean Conservancy says. It's a complex process that requires government cooperation and industrial innovation, but even a regular person can partake. Refusing and reusing plastic items is a good start, both to stem the flood of waste and keep the beach birds healthy, safe, and sound.

What One Bottle’s Extreme Journey Proves About Pollution

An artist tossed message-filled bottles into the sea to find out how litter from New York hurts seabirds across the world.

The amount of plastic trash ending up in the birds' nests appears to be increasing—with dangerous and deadly results.