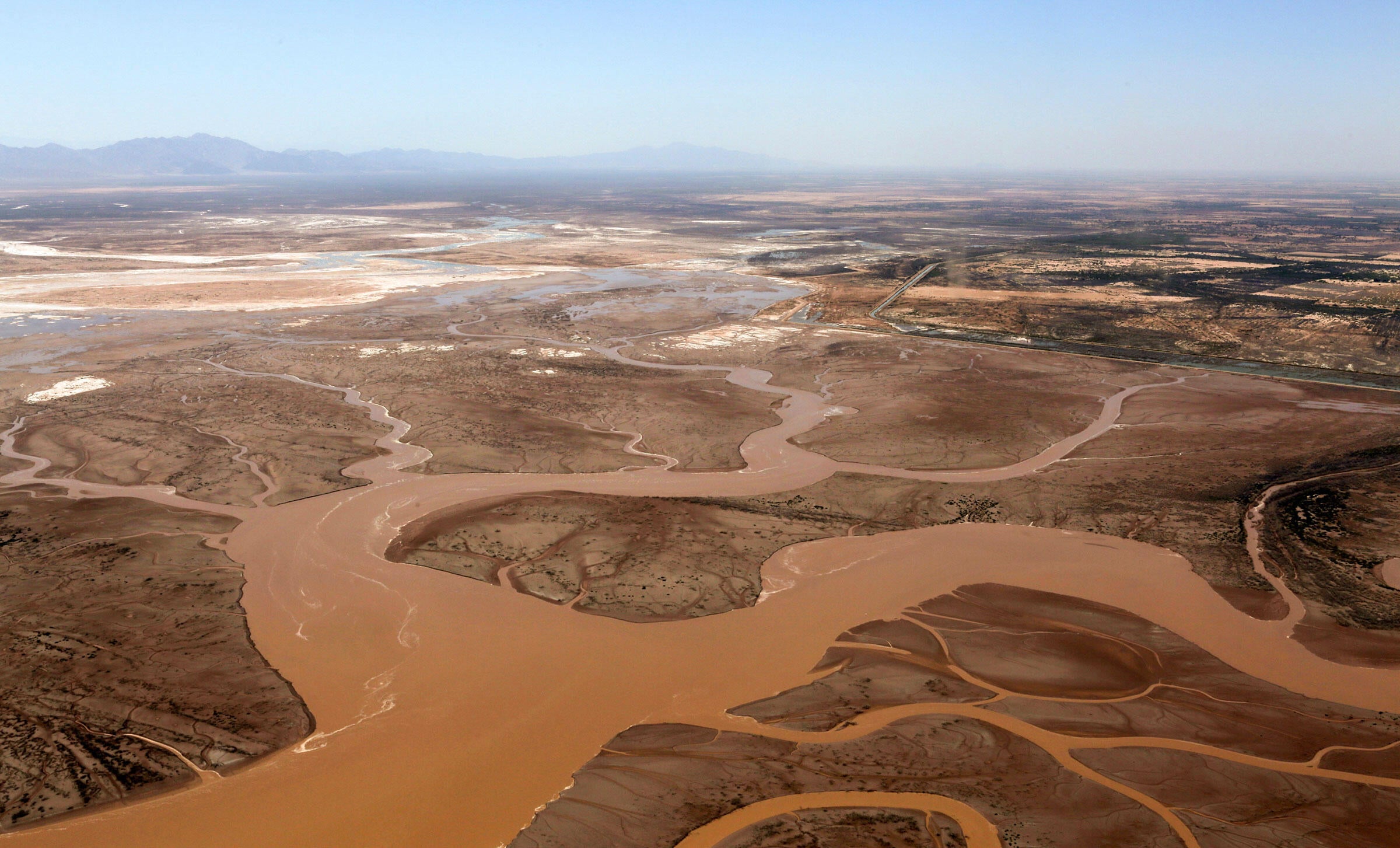 The Colorado River near where it meets the Gulf of California, after a 2014 "pulse flow." Photo: Francisco Zamora/Sonoran Institute, with aerial support from LightHawk/USGS

Saving the Colorado River, One Wave at a Time

Years of negotiations finally resulted in a much-needed pulse of water to help restore the wildlife along the river’s path.

The Colorado River runs more than 1,400 miles from Colorado to Baja California, providing water to seven U.S. states—Arizona, California, Colorado, Utah, New Mexico, Nevada, and Wyoming—and parts of Mexico. The river supports fragile ecosystems and habitat for endangered species such as the Southwestern Willow Flycatcher and Colorado Pikeminnow. In various locations along the river, Audubon’s Western Rivers initiative works to protect Important Bird Areas and promote good water-management practices. Originally, the mouth of the river joined the Gulf of California, the sea that separates the Baja California peninsula from the Mexican mainland.

But sometime after 1960, the Colorado River stopped flowing regularly to the sea. Numerous projects to dam and divert the river for agriculture, drinking water, and hydropower had tapped too much water. The Environmental Defense Fund writes that people nearly gave up hope for the beleaguered river:

In the popular imagination, the Colorado River was broken, and its delta was dead. But as it happens, the delta wasn’t dead at all. In the 1980s, several years’ worth of huge mountain snowpack in the Rockies resulted in tremendous spring floods that inundated the delta. Moreover, small unintentional flows—the result of less than perfectly efficient dam operations—were released nearly every year. In the delta, where there is plenty of rich soil and hot desert sun, these flows brought about a revival. More high-quality native habitat flourished in the river’s last 100 miles in Mexico than could be found on the entire reach between Lake Mead and the U.S.–Mexico border.

This revival was first documented by Dr. Ed Glenn, a professor of Environmental Science at the University of Arizona, who had spent his career looking at ways to grow food with salty water in drought-stricken regions of Africa. Dr. Glenn began studying the Colorado River Delta, and hypothesized that a modestly-sized “pulse flow” every few years, in addition to small base flows delivered on a regular basis, could keep the delta’s habitats healthy. Environmental Defense Fund and our conservation partners took notice of Dr. Glenn’s work and began advocating to protect flows for the delta.

Beginning in the 1990s, conservation groups, government officials, and other interested parties worked to develop a plan to restore water to the Colorado River Delta. After years of meetings, legal battles, and international negotiations, the groups finally reached a five-year agreement in 2012. Jennifer Pitt, now the director of Audubon’s Colorado River Project, was then at EDF and was part of the team that negotiated the final agreement.

One key part of the agreement was a plan to create a pulse flow, a onetime release of water to help rehydrate the dry river system. On March 23, 2014, about 34 billion gallons of water were released from Morelos Dam along the U.S.–Mexico border. This water flowed downstream along the river’s course and finally reached the Gulf of California in May 2014. The timing was planned to overlap with cottonwoods and willows dropping their seeds:

A portion of the seeds that land on newly wetted soils will germinate; some already have, sinking their new roots down in search of water. This is how the riverside forests rejuvenate and stay healthy.

The birds have also responded. Hawks, egrets and ospreys have been spotted flying above the pulse flow’s path. People who have walked along the channel or paddled down the river have heard riots of birdcalls. Ornithologists confirmed that it does seem like the birds have been vocalizing more than usual, indicating their excitement.

In the aftermath of this pulse flow, conservationists continue their work to restore habitats along the river, and additional water will also be released periodically to help feed the thirsty delta. You can learn more about Audubon’s work to help protect the Colorado and other waterways through our Western Rivers Action Network.